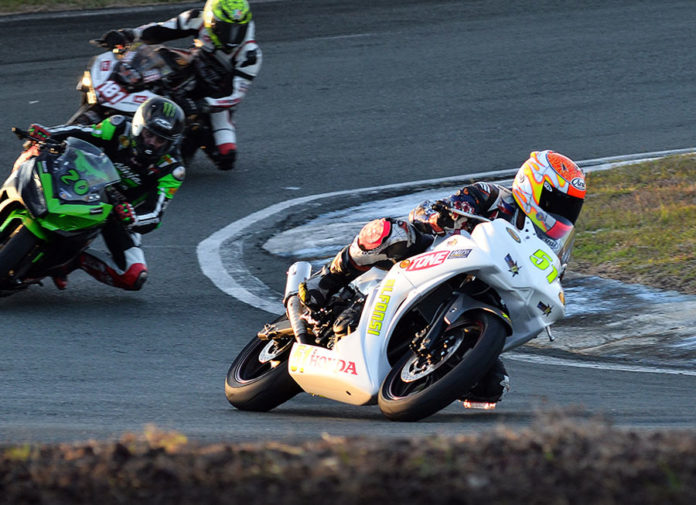 During his active years, Dannie Daquigan was a strong contender in both 2- and 4-wheeled motorsports. He competed in underbones, slalom, touring cars, and even rallying. Now a decade later, the 36-year-old came out of retirement to prove that he can still put on a challenge in the 2018 Pirelli Cup.

Dannie entered a 320cc Yamaha R3 in the Group 2 Lightweight A (LWA) category. There, he was up against a mixed grid of 36 riders who shared the Batangas Racing Circuit (BRC) last April 21/22. Equipped with Pirelli Diablo Supercorsa SC tires, his machine carried the #51 as tribute to his son Alfonsi’s racing number. The 8-year-old also actively competes in the Daijiro Cup Minibike Championship in Japan and greatly looks up to his father. 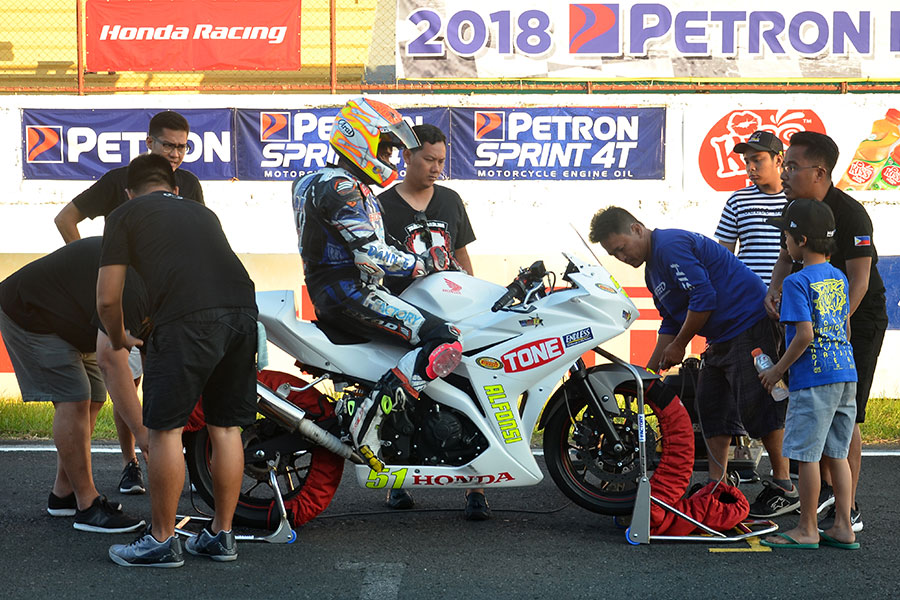 In Qualifying, he outpaced much younger riders by setting a 1:53.076 lap, which caught the attention of the other teams. This put him P5 on the grid and P1 in class. Getting there, however, wasn’t as easy as it sounds.

A lot has changed in the 12 years he spent away from motorsports. The biggest difference he saw was in the riding style where racing today is so much more aggressive than what he was used to before. Thankfully, his 22-year-old coach Vrei-Ar Suba, who also happens to be the coach/mechanic of Alfonsi, worked hard to hone Dannie’s style to suit the modern era. 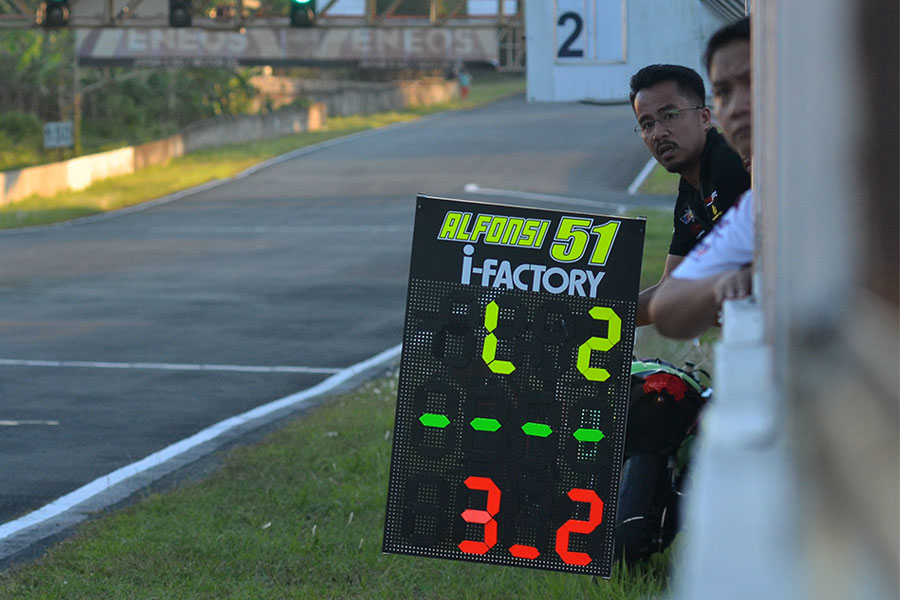 The PreFinal Race 1 on Sunday morning was run under clear, sunny conditions. Sadly, Dannie had a poor start and dropped as far back as 12th on the very first corner. He would later regain lost positions with help from his twin brother Dexter “Mr. Classic Mini Championship Asia” Daquigan who acted as his pit board man. The rider of the #51 bike eventually managed to catch up and challenge Darwin Macaraeg who was leading in LWA.

But his 320cc bike was no match to Macaraeg’s 400cc Kawaski Ninja. It was simply too fast on the straights and was quicker out of corners. Despite giving his best for 6 laps, he could only manage 2nd in Class A and finished a slim 0.456 secs behind Macaraeg. 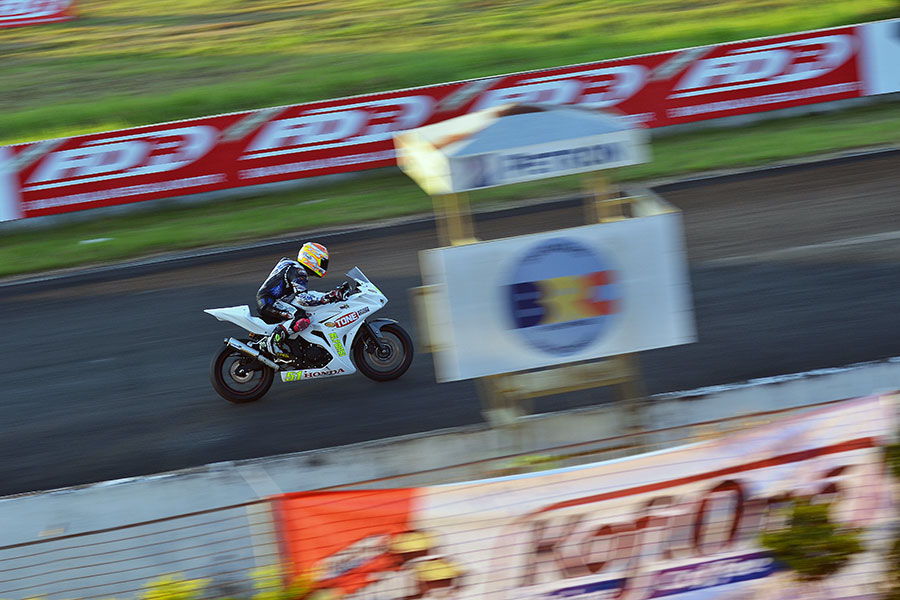 With a new strategy in Race 2 that afternoon, Dannie pushed to the limit right from the very start and opened up a considerable lead by lap 3. He also found himself following the much-quicker SuperSport Lightweight PRO (SSLWP) bikes which came as a nice surprise. The Kawasaki riders, on the other hand, were busy fighting for position behind him. This allowed Dannie to dominate the race and cross the finish line 1st in Class A and 6th overall, winning on the very first outing since his retirement.

Note that this is not a one off exhibition for Dannie. The veteran rider intends to compete in the full 2018 Pirelli Cup where the next event is scheduled on June 2/3 also at the Batangas Racing Circuit (BRC). 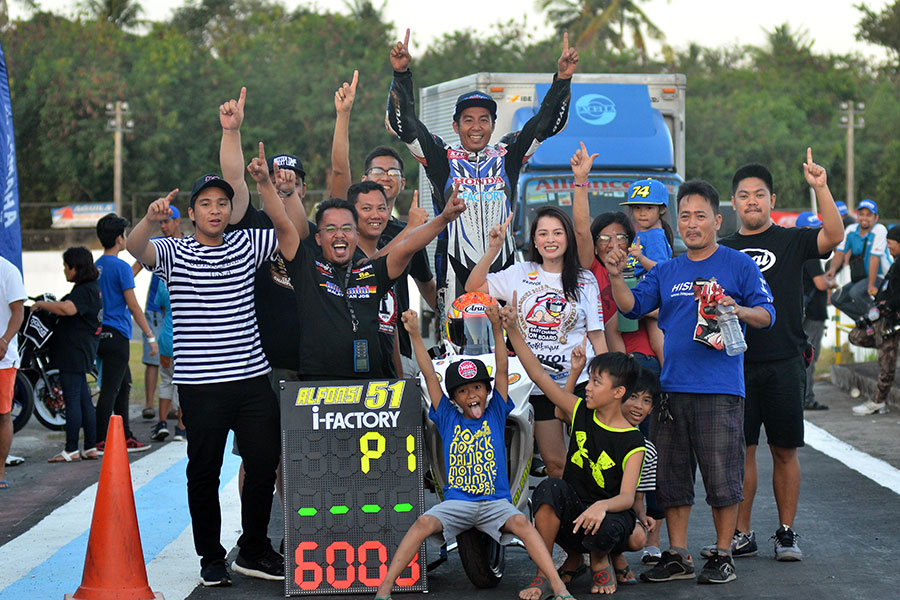 Dannie Daquigan: “After 12 years, I’m finally back racing motorcycles and it’s good to feel young again. There’s really a big difference in the level of riders today as compared to in 2006, with their aggressiveness and approach. The sport has totally evolved. I’d like to thank my coach Vrei-Ar Suba, my wife Mailove Santos, my 3 kids Alfonsi, Armi, and Andrea for their support. There’s also my Japanese racing family of I-Factory Racing Sports Japan and my tuner Hamizi Kasbula of KBG Motorsports Malaysia.”

Dannie Daquigan is supported by Philip Ang of Performance Parts Corp. – the Philippine distributor of Pirelli tires, We Legendary Motorsports, NGK Japan, and 8A Performance. 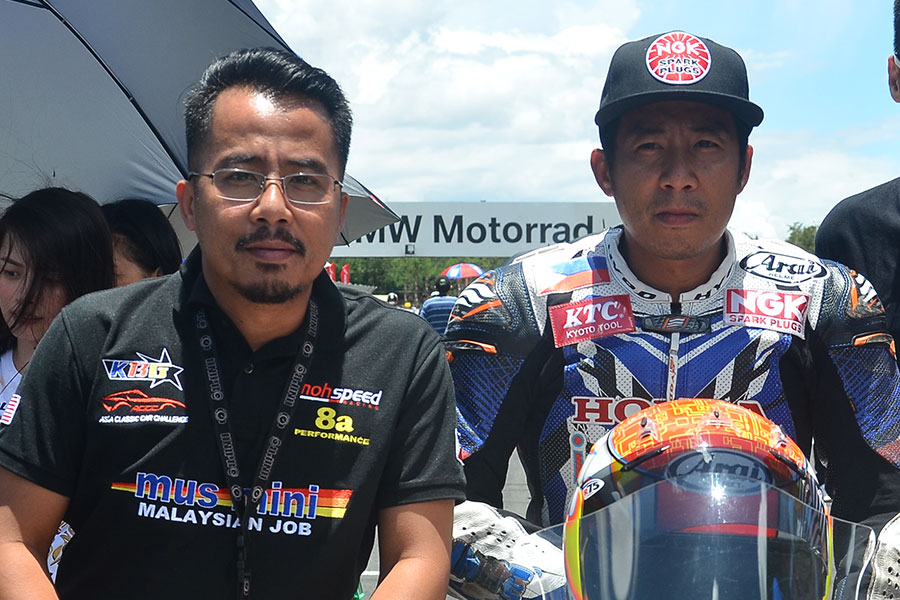 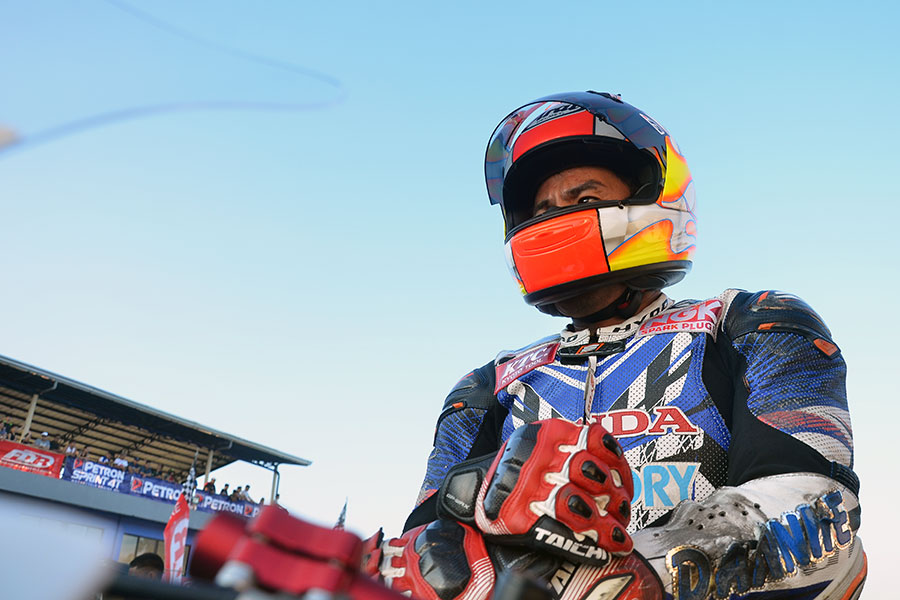 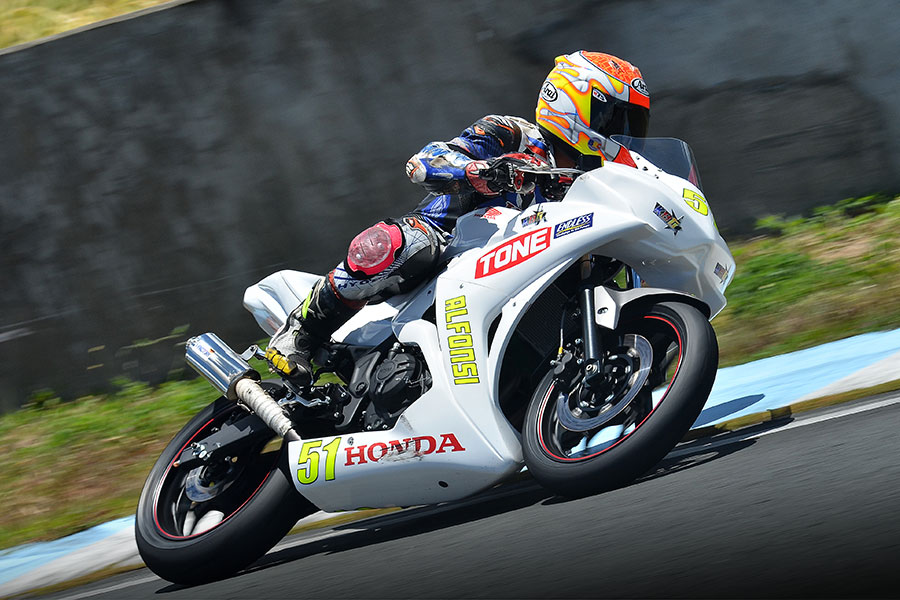 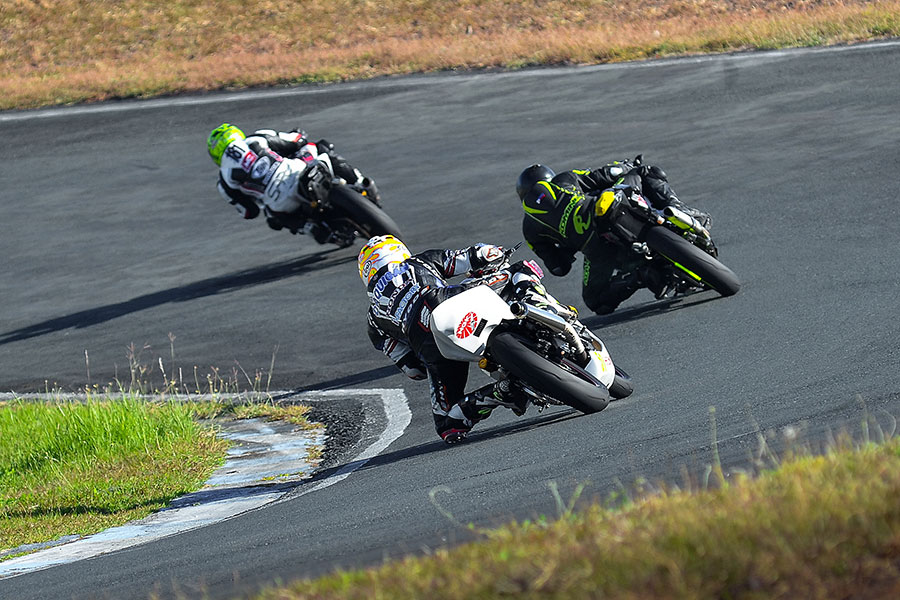 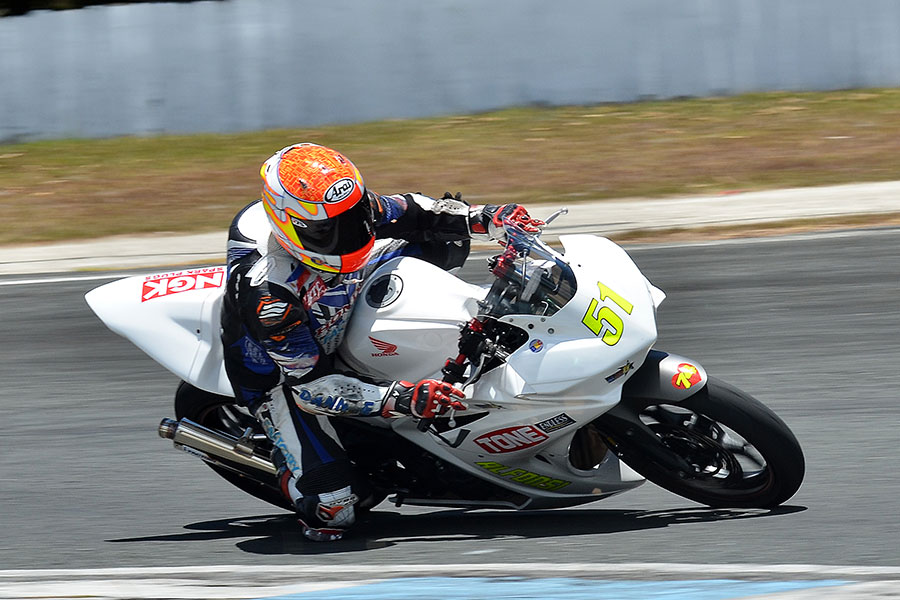 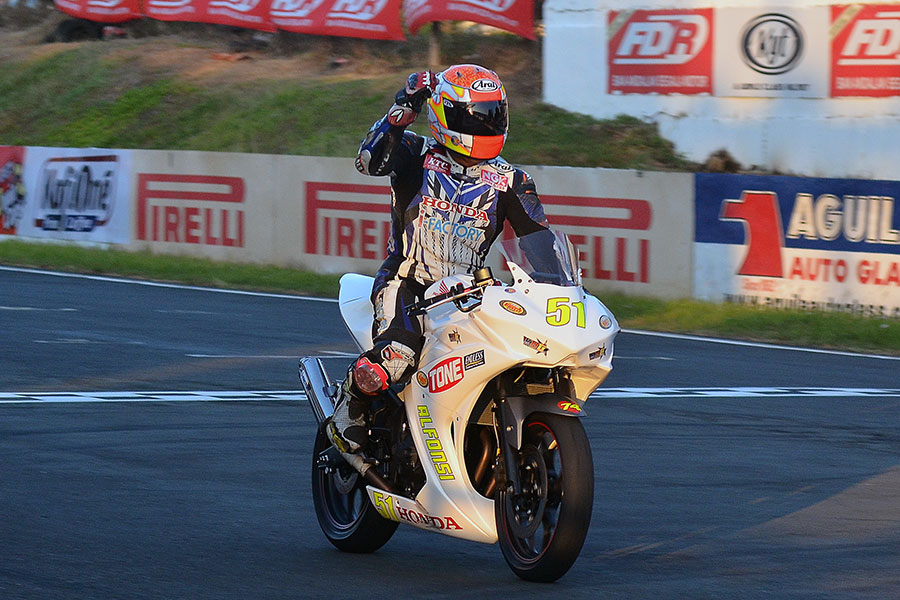