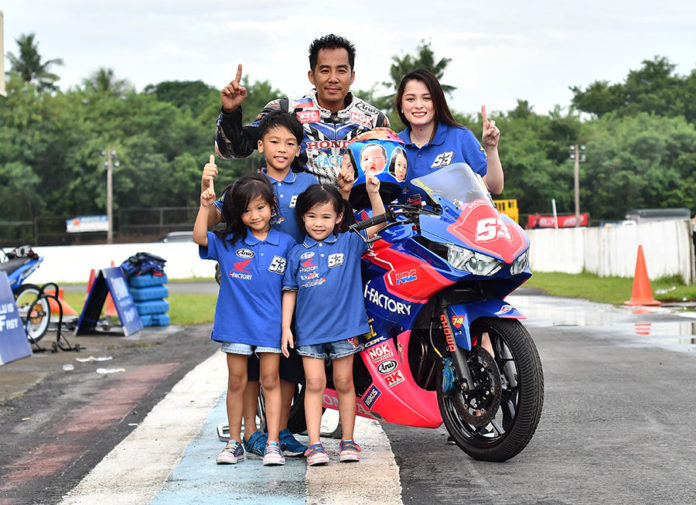 Daquigan Sports Factory (DSF) rider Dannie Daquigan pulled off two mind-blowing surprises during Round 5 of the Pirelli Cup 2018 last September 1/2. Firstly, he took a shock overall victory in the Group 2 Lightweight A (LWA) category, beating even the quicker SuperSport (SS) riders. After that, he announced his retirement at the end of the season to focus on his son’s racing career. That explains why he decked his helmet with Alfonsi’s photo to commemorate the special occasion.

This was the best we’ve ever seen from Dannie so far this year. 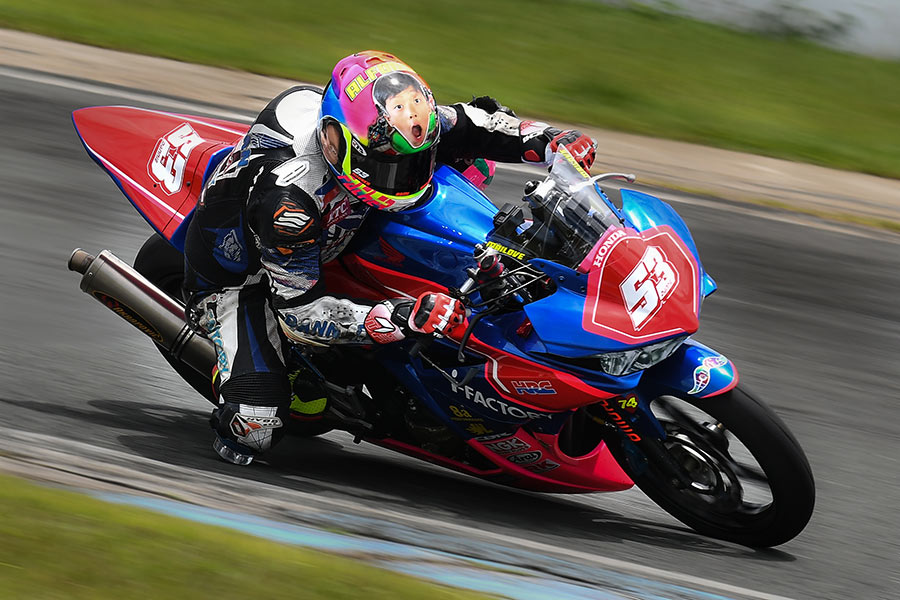 He had such a commanding edge over the 23-bike field that he was consistently one of the fastest throughout Free Practice. His dominance became even more evident in the rain where he reckons he could have done a 1:55 lap around the Batangas Racing Circuit (BRC) if he had a clear run. Instead, he had to settle for a 1.57.814 best to qualify P2 in the wet.

Dannie, however, already knew that he can beat the lap record of the SS riders in the dry. So set off in the #53 Yamaha R3 with the goal of winning Race 1. Despite the smaller displacement bike, he was easily lapping a second faster than everyone on the grid. Dannie would take the chequered flag by a slim 0.026 sec lead over Vrei AR Suba to score his very first overall win in the Pirelli Cup.

In contrast, Race 2 was run on mixed conditions after it rained later that afternoon. Dannie struggled to find his rhythm on the drying track and nearly went off several times. This forced him to ride conservatively and cross the finish line 2nd in LWA class and 6th overall.

Dannie now has a 62 point lead as the Pirelli Cup returns to the Clark International Speedway on October 6/7 for the season finale. Although his goal is still to win the 2018 championship, the 36-year-old veteran has confirmed that he’ll be retiring for the second time at the end of the year. By hanging up his helmet for good and making the ultimate sacrifice, this will allow him to fully concentrate on his son Alfonsi who is also trying to make his mark in motorsports like his father.

The 8-year-old rider actively races in Japan and has won events in the Super Minibike Daijiro Cup Championship and East Japan Bridgestone Battlax. But because of clashes with Dannie’s race schedule, Alfonsi was forced to miss out several rounds this year. That will soon change as he’s set to race this November 11 in Super Minibikes and Honda Monkey/Gorilla Open-spec at the Akigse Circuit.

We wish Dannie and Alfonsi the best of luck.

Dannie Daquigan: “We’re happy with another win and we’ll be pushing 100% to seal the championship in October. But that will be my last race as I’ll be retiring at the end of the season. I’ve discussed this many times with my twin brother Dexter and my wife and believe is the best decision to take. Because of my races, we made a lot of sacrifices that affected my son Alfonsi’s motorsport career as he missed several events in Japan. I may have won many races this year, but the consequences on him were too much. That’s why I placed his picture on my helmet as a simple message to him that after the 2018 season, he will now be the center of my attention. As for our team Daquigan Sports Factory, we will still compete in the Pirelli Cup 2019 with a new rider where I’ll function as the team owner and manager.” 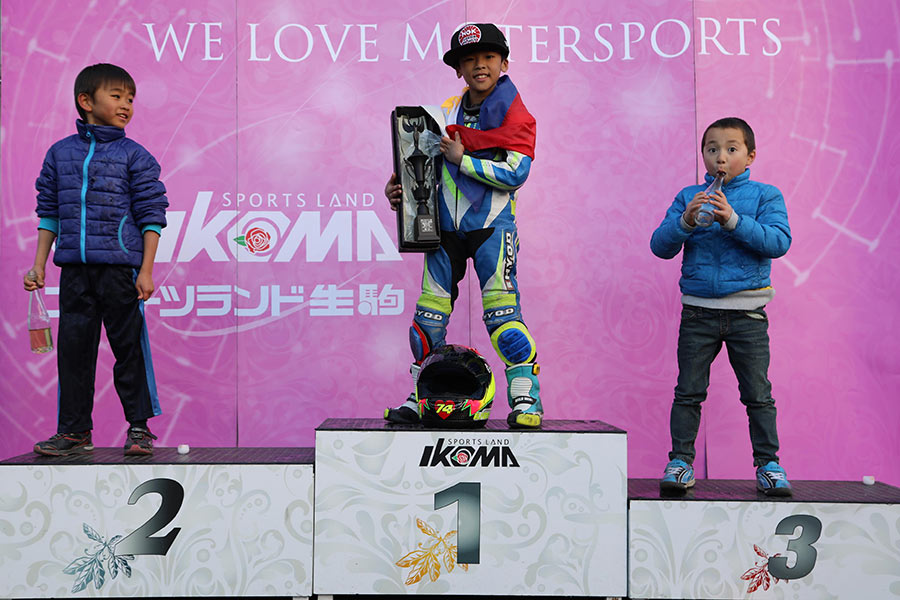