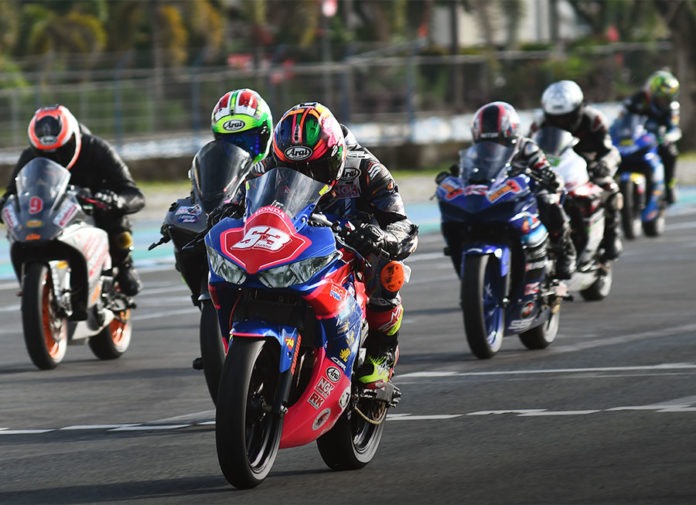 The third round of the Pirelli Cup 2018 was a nightmare that turned into a dream come true for Dannie Daquigan. Starting from the back of the grid, the veteran rider went on one of the most challenging rides of his life last July 7/8. He charged from 33rd place to 2 impressive class wins at the Clark International Speedway (CIS), further extending his championship lead.

Preparations began 2 weeks before the actual event. He enrolled in Watanabe Riding Development (WRD) and trained with former 4x Philippine Superbike Champion Dashi Watanabe. Together, they worked on bike setup as well as Dannie’s riding technique to suit CIS’ high speed layout. Planning for a perfect weekend, new parts for the #53 Yamaha R3 also arrived from KBG Motorsports Malaysia in time for the race while Dannie couldn’t wait to debut his newly-painted helmet. 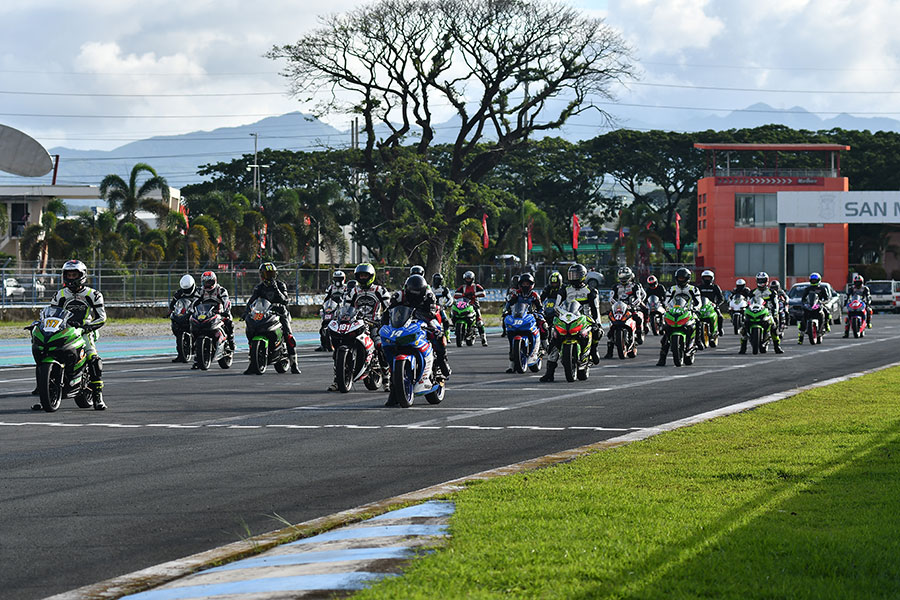 All of the team’s hard work, however, was undone in a split second. Dannie lost control of the bike during Qualifying on the fastest part of the circuit. He was lucky to escape with light scrapes and the bike was repairable. But his chances for Sunday’s race took a heavy blow.

He had to start Race 1 from last place on the grid and was 25 spots behind his nearest rival Darwin Macaraeg. If catching up already sounded difficult, winning appeared to be impossible.

Dannie’s lightning quick starts allowed him to move up several places on the opening lap. He then charged through the field like a madman and picked up places one-by-one. It took him 3 laps to reach Macaraeg on the Kawasaki Ninja and eventually took the lead in the Group 2 Lightweight A (LWA) class. But while fighting for P1, the 2 collided heavily on the run to turn 10. The racing incident sadly forced Macaraeg into a DNF while Dannie carried on to finish in a hard-earned 1st place. 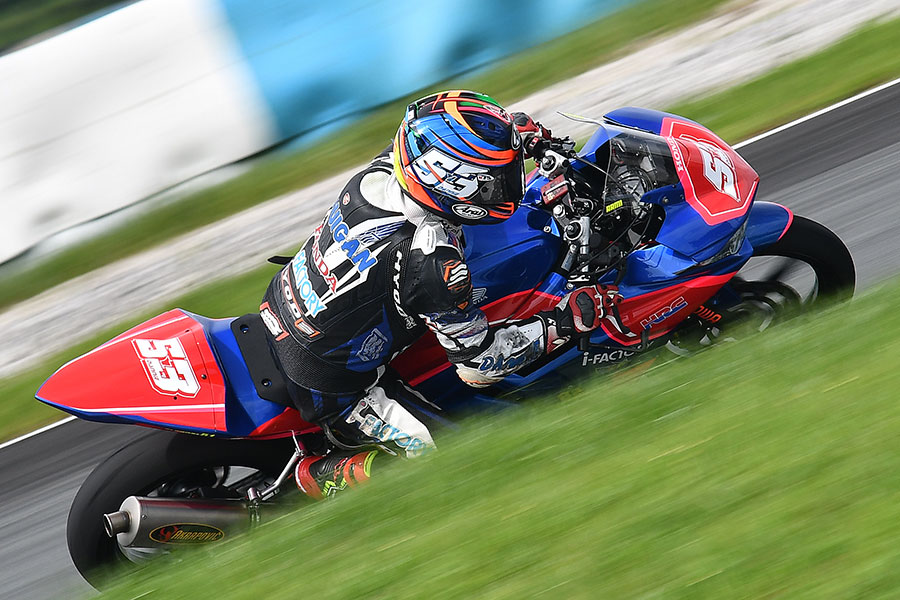 Race 2 saw a repeat of Dannie’s ordeal as rules dictated that he had to start last yet again. Although an injured Macaraeg was no longer part of the grid, racing on 2 wheels is never that easy as the odds of falling or crashing will always be there. This forced the team to take a more conservative strategy and collect as many championship points as possible. But you can never make a rider as bold as Dannie to slow down.

After 6 laps of racing, he took the chequered flag with another dominant class win despite starting from the back of the grid. Dannie now holds onto a 59 point lead in the LWA Class as the 2018 season reaches its halfway point. 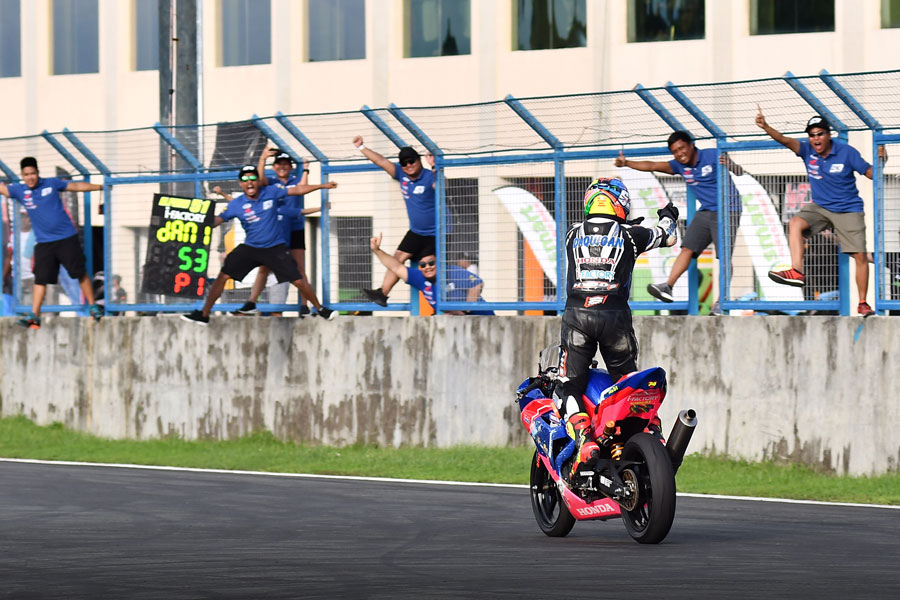 Dannie Daquigan: “It was a rollercoaster weekend. The whole team was really down after our crash in qualifying. We didn’t even know if we could fight on Sunday. But we did it. 2 wins out of 2 races. Still, it wasn’t how we wanted it to happen. Wishing Darwin a speedy recovery. He’s a really great rider and you can never put a good man down, so we hope to see him back on a bike soon. I dedicate this race to the newest member of our family, baby Juliana Rein. Thank you to God, my wife, kids, Mr. Keberg of KBG Motorsports Malaysia, Joel Tulawie of Jetron Racing, Dashi Watanabe of Watanabe Riding Development, i-Factory Racing Sports Japan, Jhune Dela Pena for fixing my bike, Vrei-Ar Suba, Reygie Echano for my custom paint helmet, and of course, my twin brother Dexter for my race strategy.” 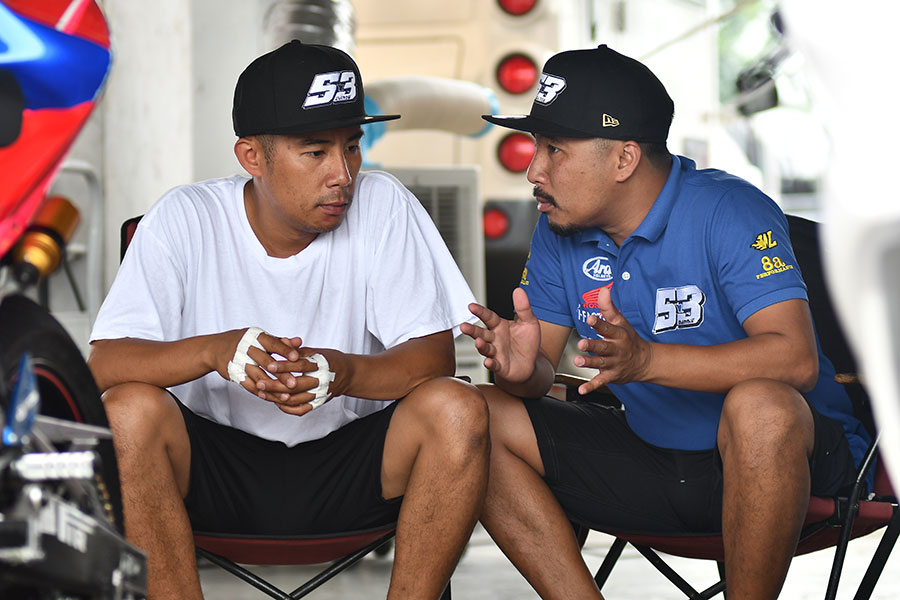 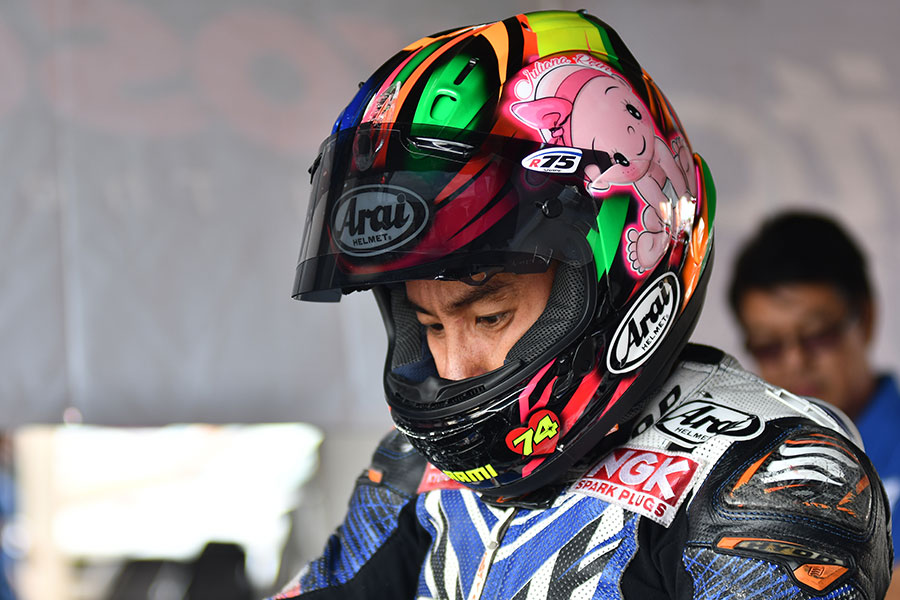 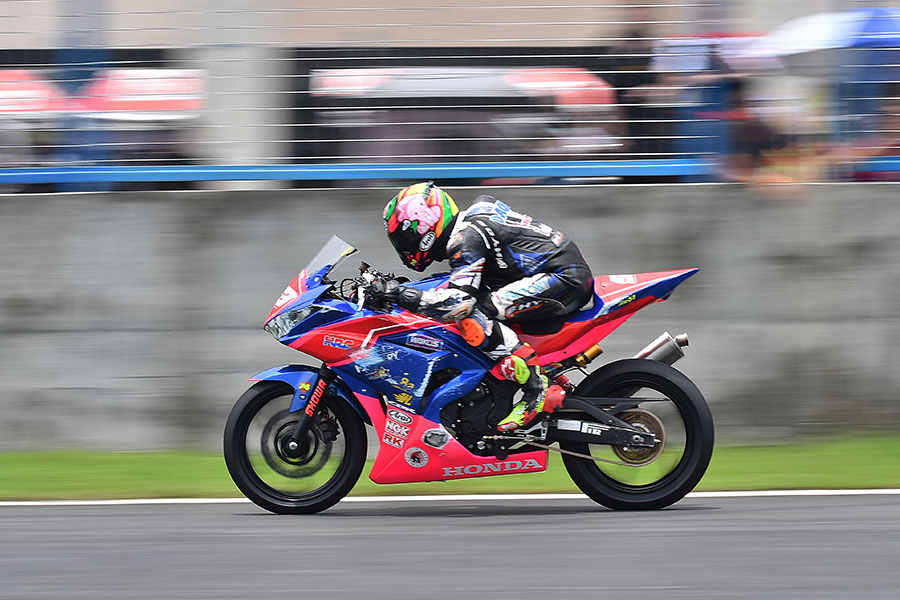 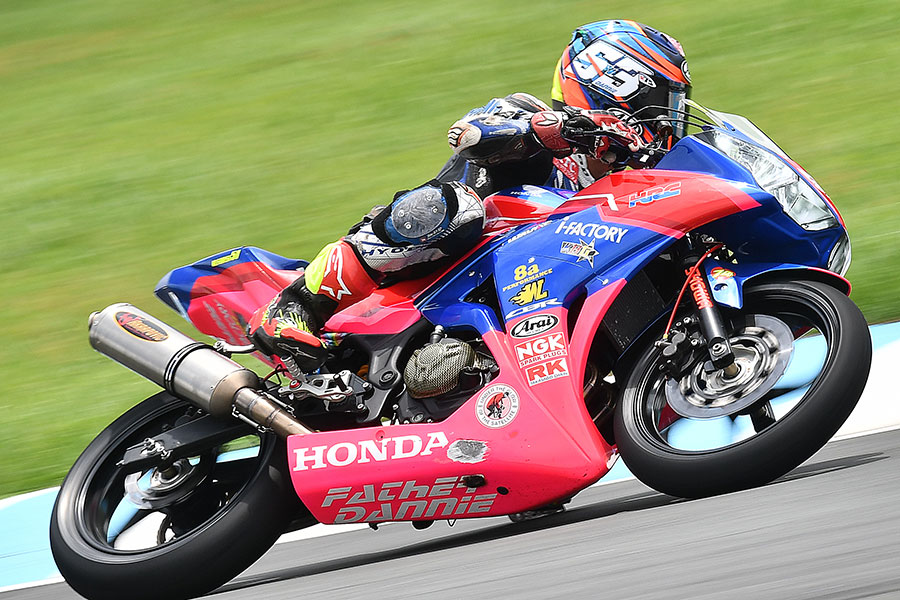 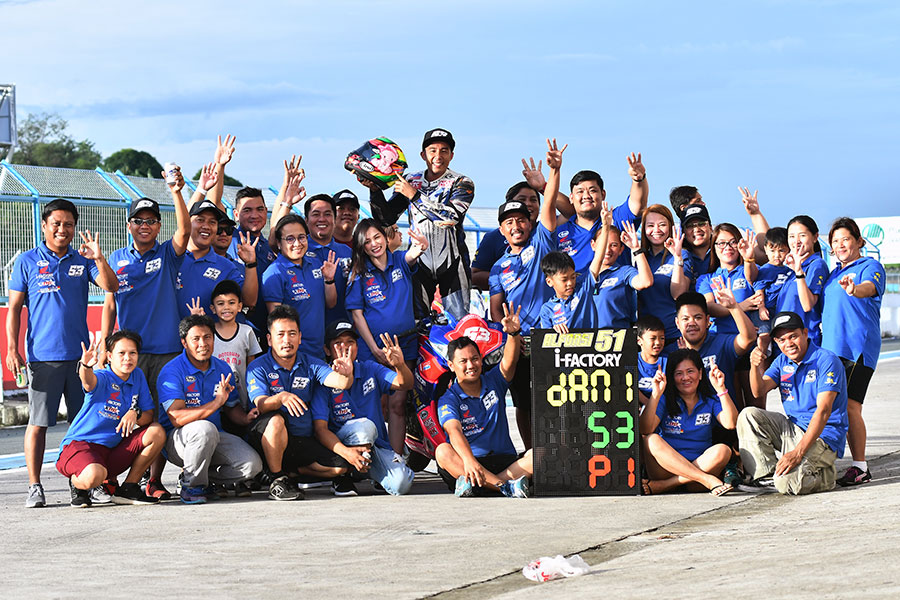 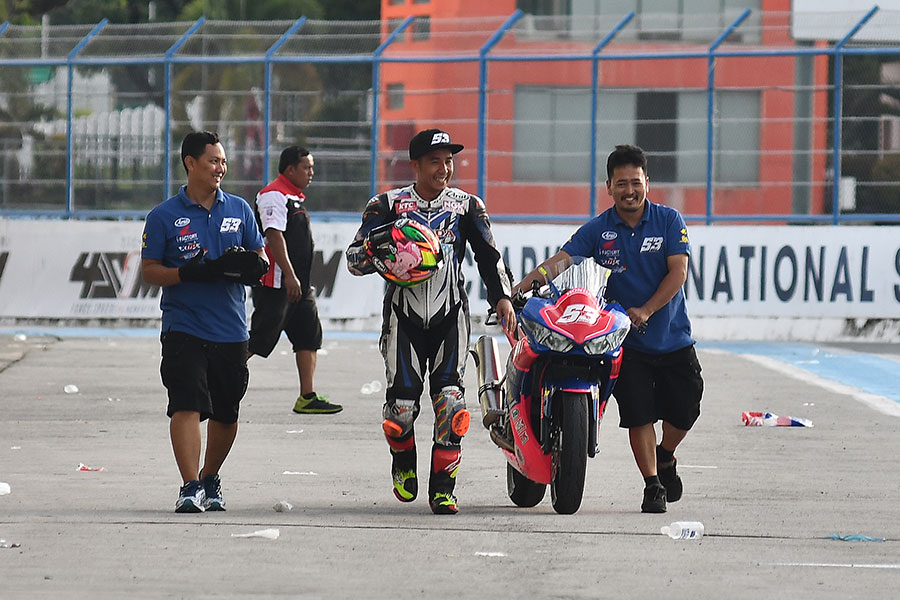 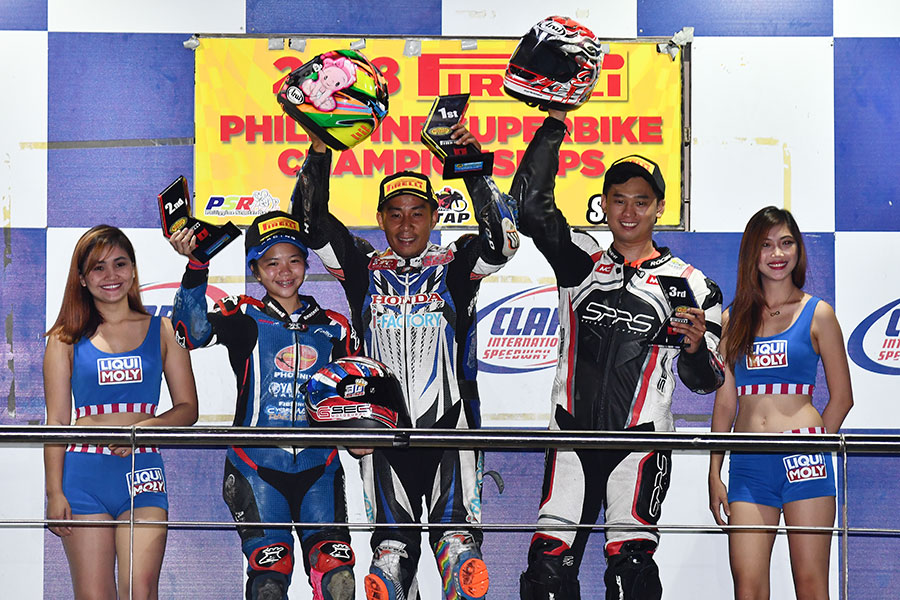