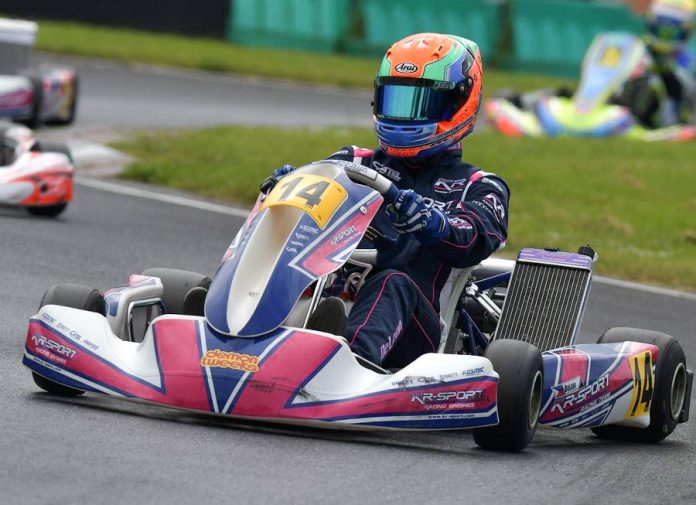 What he thought was a weekend to forget turned out to be one of his best races of 2021 after Daryl DeLeon Taylor pulled a surprise victory during the Trent Valley Kart Club (TVKC) meeting earlier this June. While running in 6th in the X30 Senior Finals, his fortunes quickly turned after a sudden downpour allowed him to take the lead in slippery conditions and win at PF International Kart Circuit in Grantham, UK.

The Filipino-British karter showed good pace during Saturday Practice with data confirming that his sector times and top speed were at par with the front runners. But he first noticed something was amiss during Qualifying when his #14 Kosmic kart started to understeer and seemed to be slower on the straights. This dropped him down to P9 and was 0.32 secs behind the fastest driver on the grid. 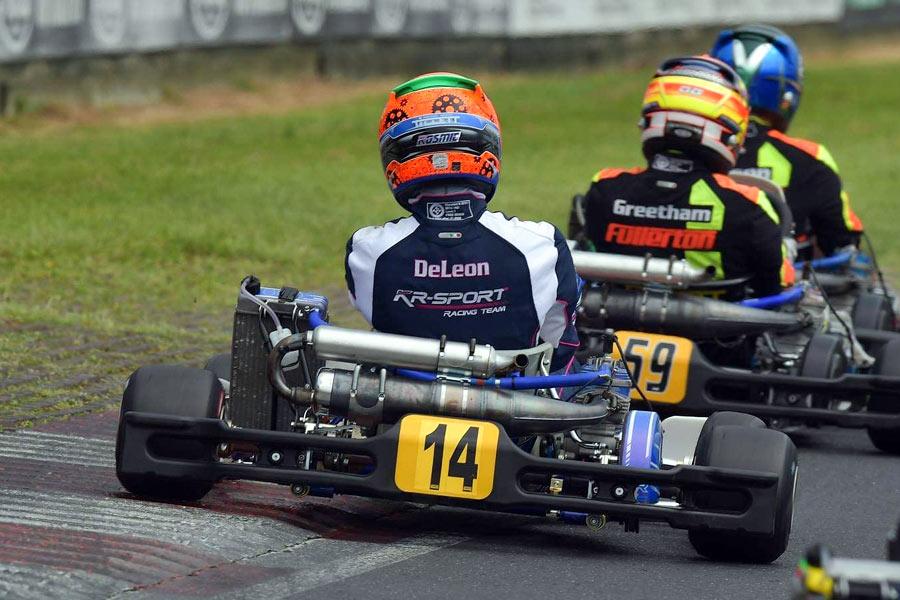 All setup changes done by his team KR-Sport proved to be unsuccessful and Daryl continued to slide back throughout the Heats. His best finish was 5th in Heat 1 followed by 8th in Heat 2, which was respectable considering it was a strong grid of 22 karters. Still, the 15-year-old clearly knew that he could fight at the front if only he had the speed.

Things failed improve come the Finals. He was still a few tenths down per lap and worked hard to maintain 6th place. But with only 5 minutes left on the clock, the rainclouds poured and turned the track like ice as they continued to race on slicks. While the front runners struggled just to stay on course, Daryl managed to find grip in the poor conditions and powered his way into the lead to take a commanding win by 3.03 secs. 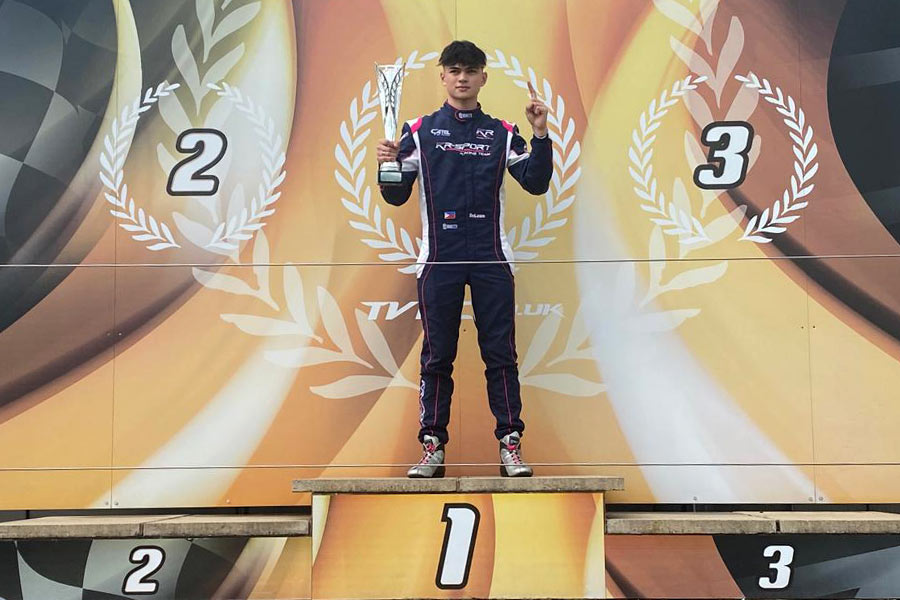 Daryl DeLeon Taylor: “I can say that this was one of my favorite wins as it was totally unexpected from the position I found myself half way through the Final. It’s always good to have plenty of speed, lead the race, and take the win but it’s an even better feeling to be coming from an impossible position, fight hard, and still manage to take the win.”