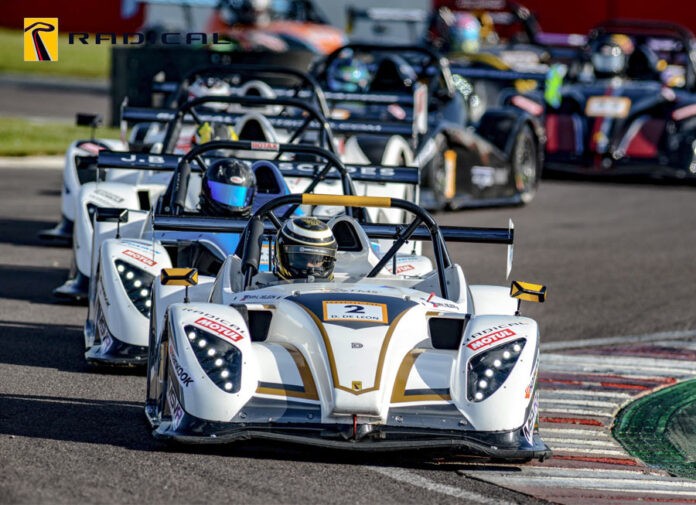 Coming into the season opener at Donington Park, Daryl DeLeon Taylor was fully aware that the 2022 season of the Radical SR1 Cup will be a difficult one given this year’s caliber of drivers. And the race last April 9/10 certainly did not disappoint. But despite a penalty that robbed him of a podium and several race incidents, the Filipino-British driver was able to deliver a hard-earned race victory.

Daryl enjoyed a positive 2-day pre-season test ahead of the curtain raiser as he settled into his new team Valour Racing. He had no trouble setting consistently quick laps, which was indicative of his on-track performance for the race weekend. 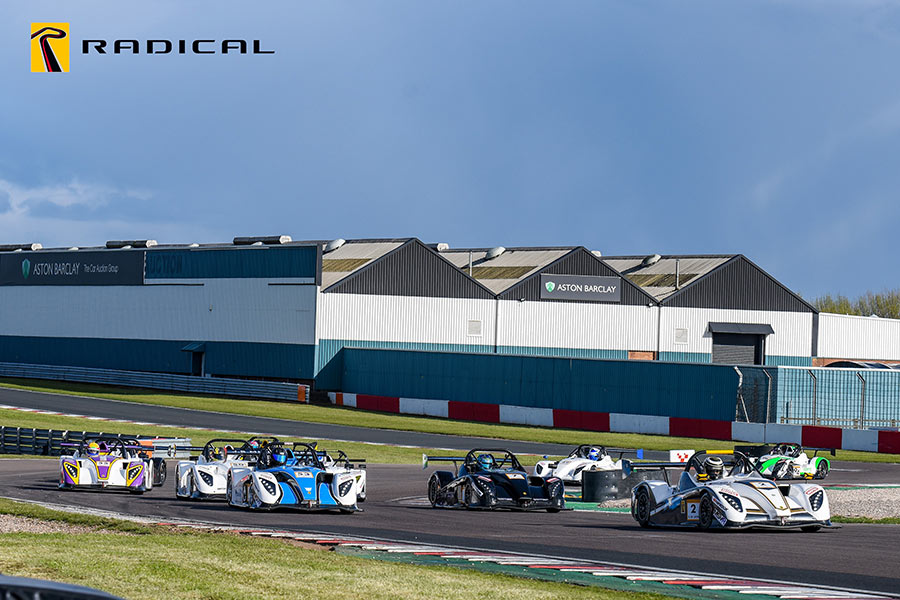 The 16-year-old was easily the fastest Radical SR1 driver for the majority QTT1, but was later bumped down to P4 due to traffic. This was of little concern for Daryl during Race 1 as he was already up to P2 after the first corner. He then spent the next 17 laps chasing after the leader and crossed the finish line P2 on the road. However, a rather harsh 15-second penalty for exceeding track limits dropped him to 6th in the final classification.

Now starting on the front row of the grid, Race 2 was a real handful for the entire 12-car-field. Half of the track was wet while the other half was dry and a third would fail to make it to the chequered flag. Daryl, on the other hand, was already in the lead after the first lap. Although admittedly it was tricky adapting to changing conditions, making sure not to drop a wheel on wet tarmac and still being consistently quick. He would later claim his first victory of the season at the end of 15 laps with a 1.261 secs advantage. 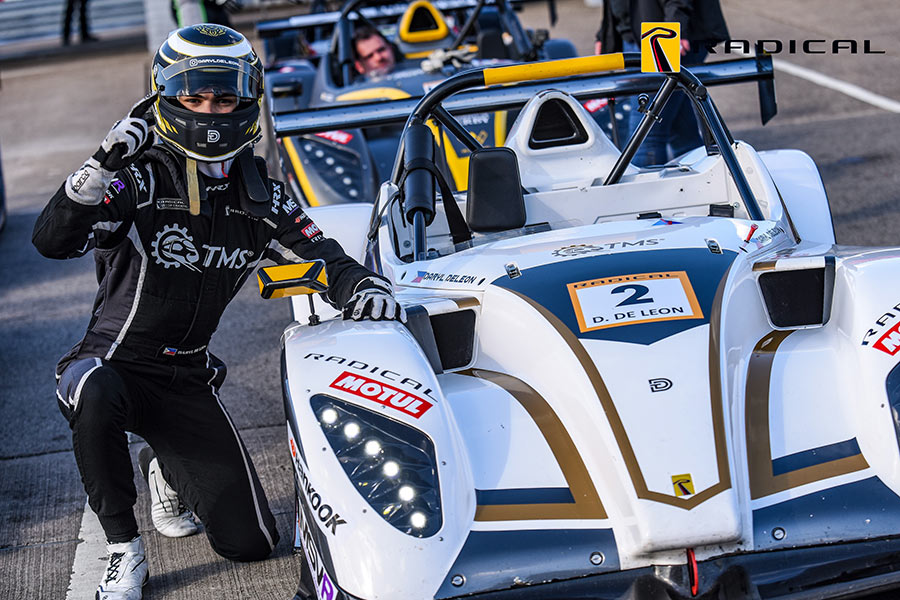 Things continued to look good for Daryl after he set a 1:09.740 lap in QTT2 on Sunday, which happened to be a new Radical SR1 track record. This was also enough to put him ahead of all other SR1 drivers in a mixed grid for the Radical Challenge Endurance. Unfortunately, his lead was short-lived. He got mixed up in a battle of SR3 runners and was spun around. But it was a long 36-lap race so it wasn’t game over yet. Daryl managed to climb back up to P2 in class before a poorly-timed Safety Car period lost him track position, forcing him to go flat-out all the way to the finish. In the end, he would claim a well-deserved 3rd in SR1 to cap off a challenging weekend.

The Radical SR1 Cup Championship resumes in a month’s time at the Brands Hatch GP circuit on May 21/22. 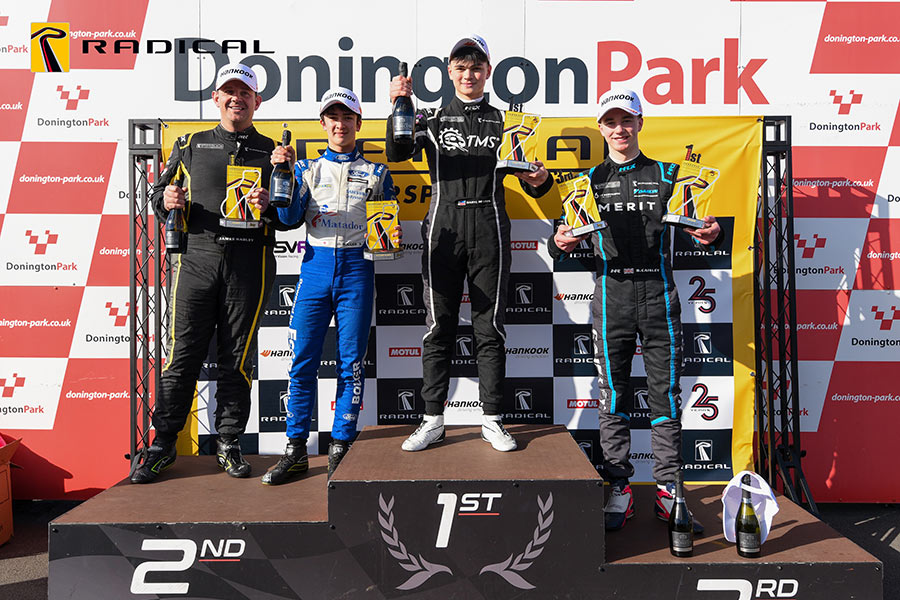 Daryl DeLeon Taylor: “The first weekend at Donington GP was actually quite difficult. The grid was a mix of experienced and new drivers all pushing to do well at the beginning of the season. There were highs and lows for me. The disappointment of the first race penalty, then the win in the second race, and finally the frustration in the third race of being spun out in the first corner. Racing is racing and you can’t control what happens on track, the mistakes of other drivers, or the timing of the safety car. Overall the weekend wasn’t ideal, but I’m confident of the car that Valour Racing gave me. Pleased with the win and pleased that I set a new track record in qualifying, so looking forward to the next race weekend.” 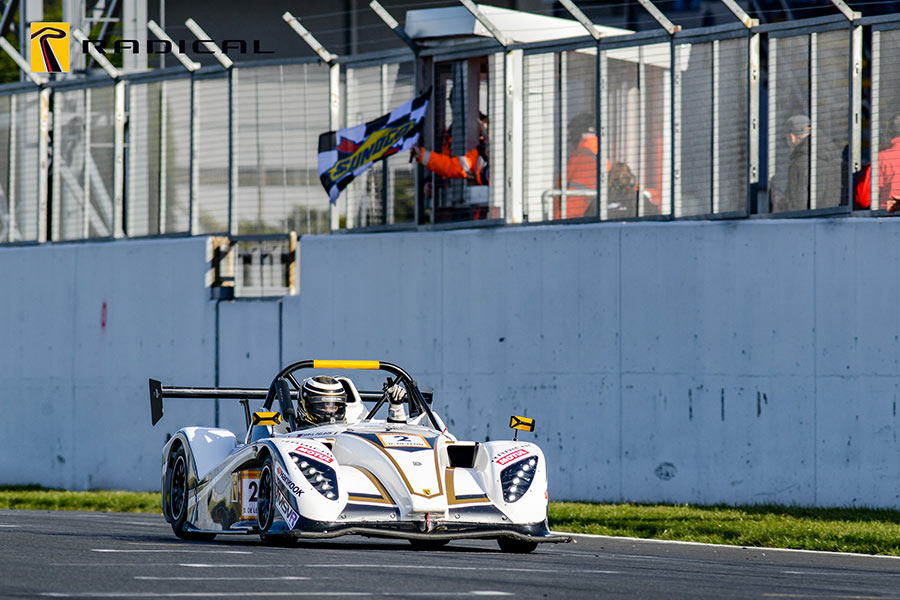