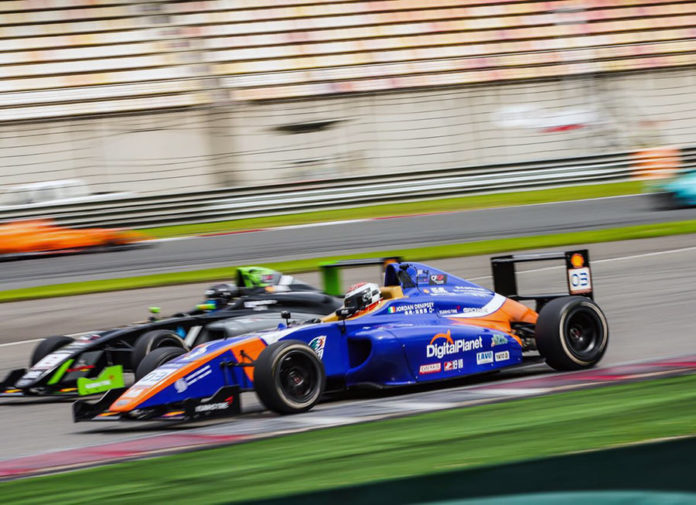 Thanks to 2 outright race victories at the Shanghai International Circuit, Jordan Dempsey now leads the F4 Chinese Championship. Yes, Pinnacle Motorsport has had another dominant weekend during the series’ 5th event last September 21/23.

The Irishman set the fastest lap around the 5.451 km Formula 1 circuit during Qualifying to put him on pole position. However, a penalty incurred from the previous round at Ningbo saw him start from the 3rd row on the grid.

This didn’t seem to phase the young 18-year-old who immediate went on attack mode in Race 1. It only took him 2 laps to climb all the way up to P2, which was only slightly delayed by a safety car period. But he resumed his chase once the track turned green, taking the race lead on lap 6 and opening a gap to win by a 2.509 sec advantage. 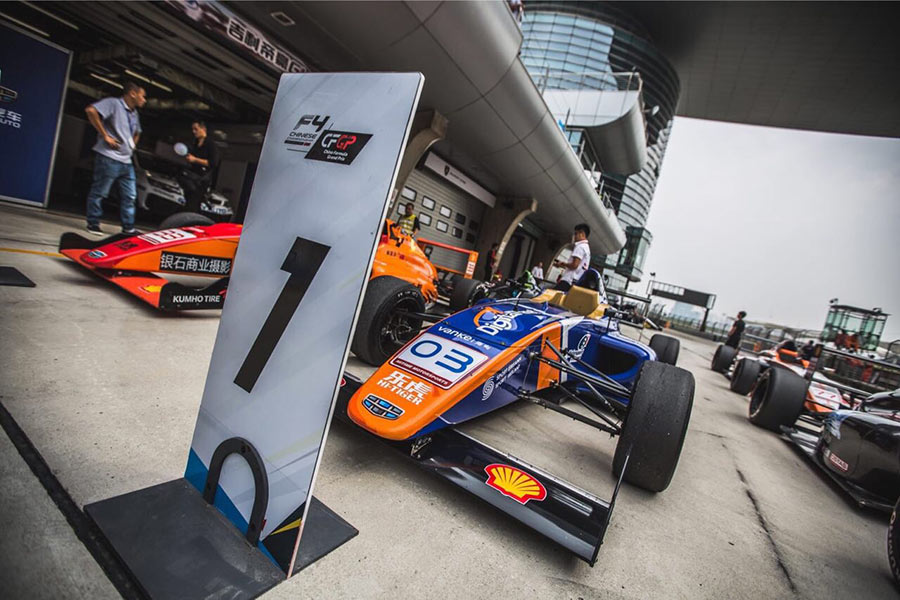 Race 2 on Sunday morning saw Dempsey cruise to another victory. This time, he started from pole and enjoyed a lights-to-flag win for Pinnacle Motorsport. Unfortunately, his winning streak was cut short in the 3rd and final race of the weekend.

Dempsey started from P10 due to a reverse-grid and worked his way through the traffic to slot into P3 on lap five. Now challenging for P2 spot, he attempted to make a clean pass on Shanghai’s long 1.2 km straight when another driver collided with his #03 car. Dempsey was forced off track and crashed into the barriers at high speed. Thankfully, he suffered no serious injuries and was cleared by the medical center.

With the results from Shanghai, Pinnacle Motorsport and Jordan Dempsey now leads the F4 Chinese Championship by 28 points. The season will resume action in just 2 week’s time and race on the Wuhan Street Circuit on October 2/5 in support of the WTCR, TCR China, and CTCC. 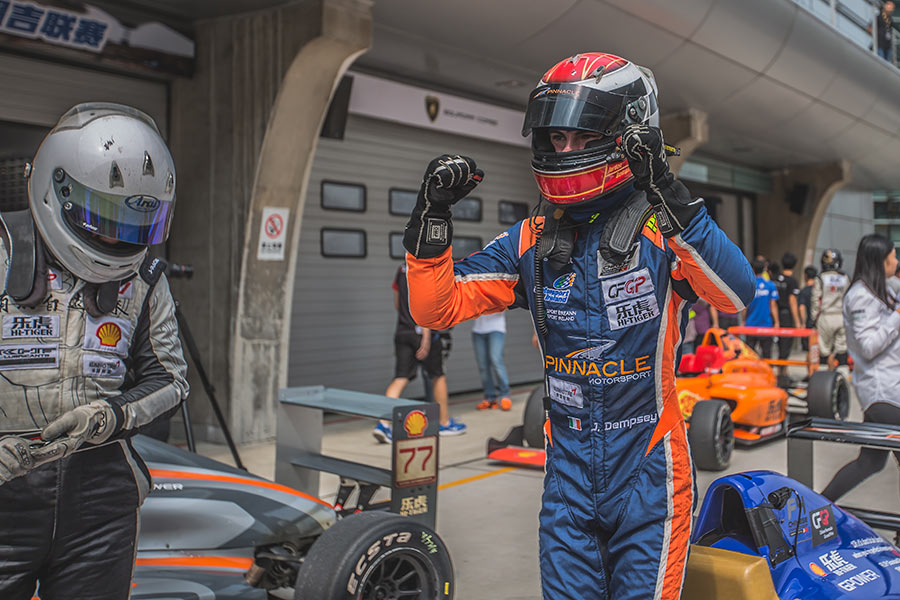 Jordan Dempsey: “Great weekend in Shanghai yet again. Myself and the team showed that we’re ready to take this championship. To qualify on pole and win the first two races shows how I’m coming on under the coaching of Pinnacle Motorsport! I can’t wait for Wuhan to try and further increase my lead in the championship. I have to say a massive thanks to the team, to Digital Planet, Motorsport Ireland, Sport Ireland, Team Ireland, my family, friends, and fans for always supporting me 100%!”