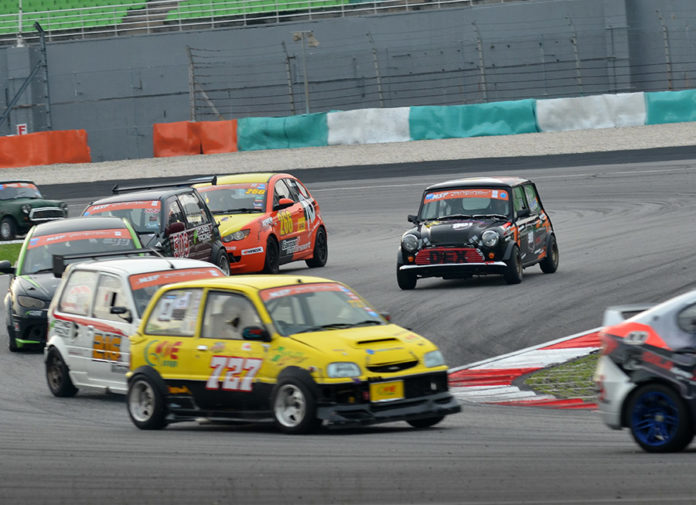 6 months after making his international motorsports debut, Dexter Daquigan returned to the Sepang International Circuit in search of the elusive race win at the Classic Mini Championship Asia. This time, he came back stronger, faster, and more determined than ever before last October 14/15 to beat his best 2nd place finish.

The Mus Mini Malaysian Job x MohSpeed Racing Team, with help from Mr. Muslim Harun, Morris Miranda, Eddie Ferreras, and Armand Hipolito, spent months in preparation for this event. They tested the No. 981 Mini at the Johor Circuit weeks prior to the race. Last year’s Classic Mini Championship Asia Champion Hafiz Bachok then served as their driver coach, while Mr. Elly Elibahruddin of Bulu Motorsports tuned the chassis and suspension. As for Dexter, he worked on his fitness to improve his stamina, allowing him to cope with the Malaysian heat. 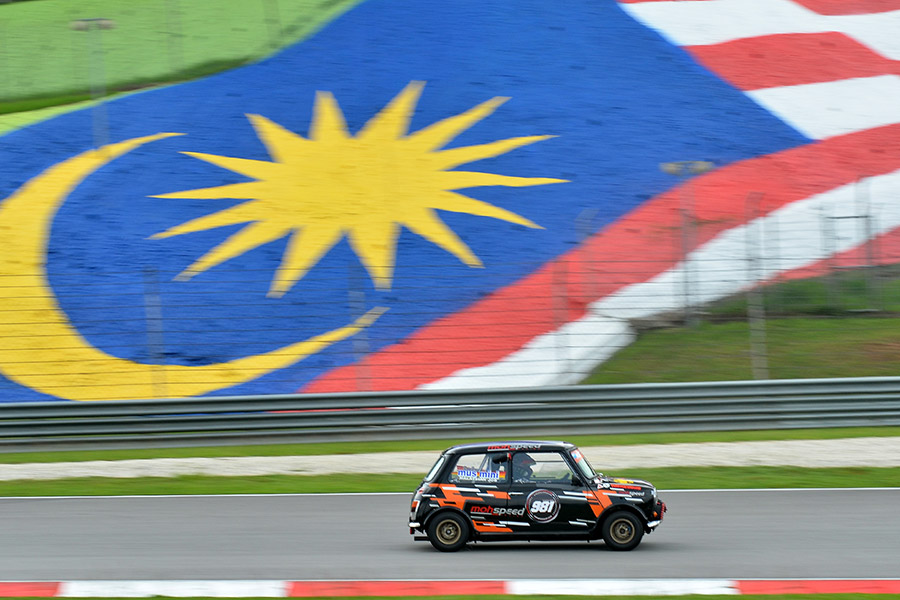 Come race day, he was once again the lone Filipino driver in a mixed 40 car grid of the Malaysia Speed Festival (MSF).

Dexter managed to qualify P1 overall in the Mini Category despite running a smaller 1293cc engine in Class A. However, the team was unable to convert this into a win in Race 1. He simply couldn’t match the pace of Jeffrey Chew, who was competing in the Open Class, throughout the 5-lap race and had to settle for 2nd overall and 1st in Class A. 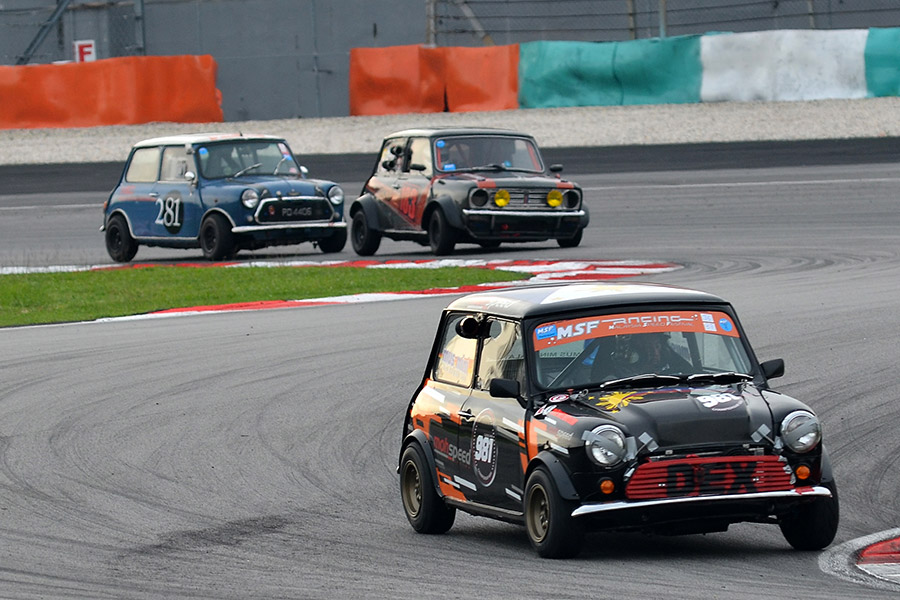 But the team didn’t fly all the way to Malaysia to be 2nd best. The 36-year-old driver from Manila knew he had to push to the limit if he wanted to land on the top spot of the podium.

He was a man on a mission in Race 2. Dexter threaded his way through the field at the start and grabbed the lead on the very first corner. He then opened a gap with a clear track in front. But only a few laps later, a speedy Jeffrey Chew inched his way to reel Dexter in which became a battle that lasted to the chequered flag.

Jeffery made several attempts to steal the position, forcing Dexter to defend. Nevertheless, the Filipino driver was able to soak up the pressure and cross the finish line to a well-deserved 1st place overall. 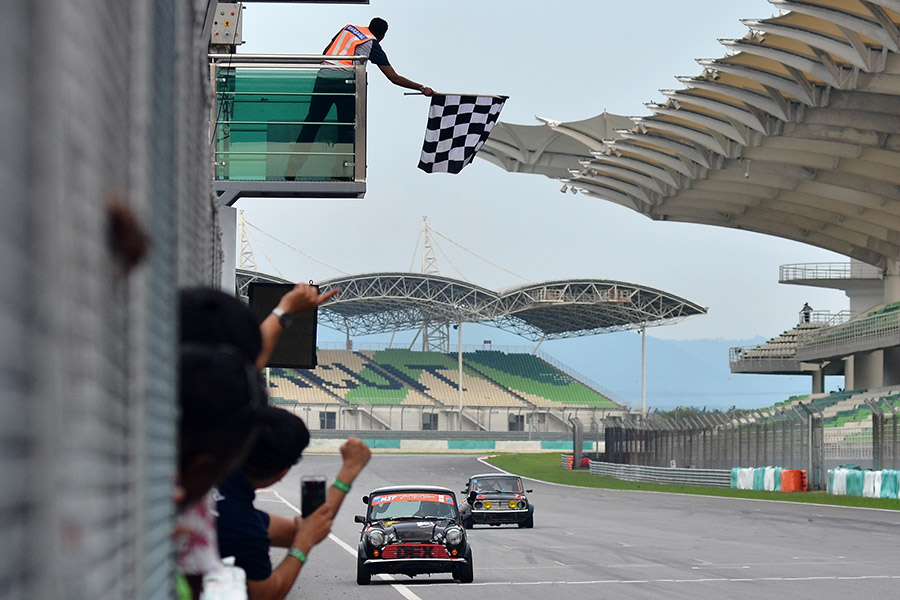 Dexter Daquigan: “It was a great weekend. We finally won in Malaysia, beating the much faster cars in Open Class. I enjoyed the battles on track and thoroughly enjoyed mixing it up with the veterans. More importantly, Mus Mini Malaysian Job x MohSpeed Racing is delighted that we were able to show the world what Filipino talent can do.”

With this success outing, Dexter has been invited to compete in the K4GP Sepang 24 Hours Endurance Race. He hopes to run with a Malaysian team this November and repeat his successes. The team is also looking forward to more race victories during the Malaysia Speed Festival season ender in December. 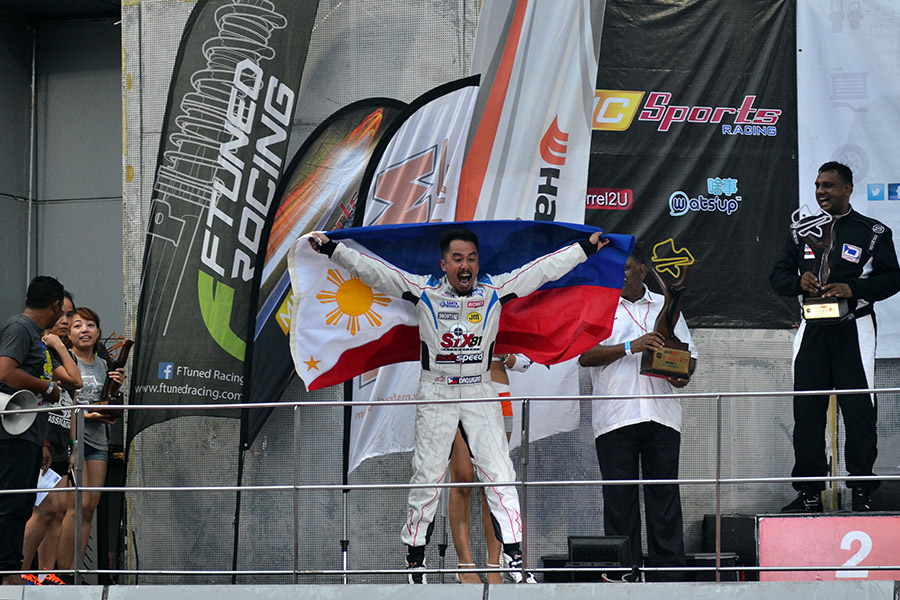 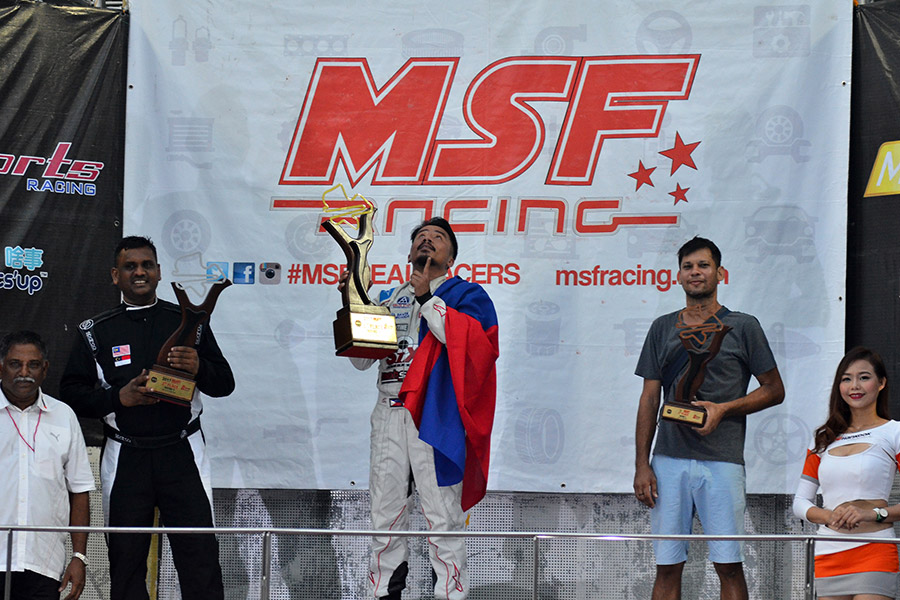 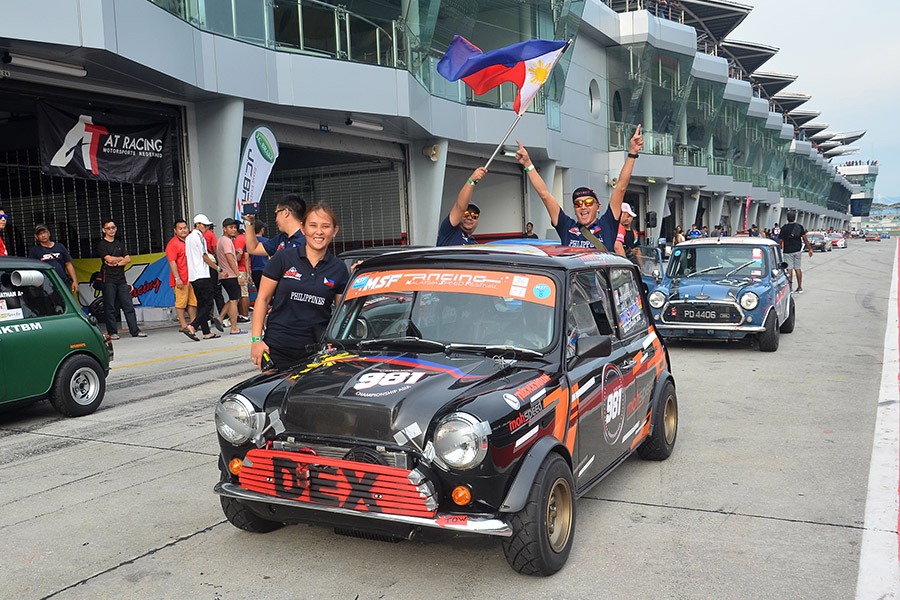 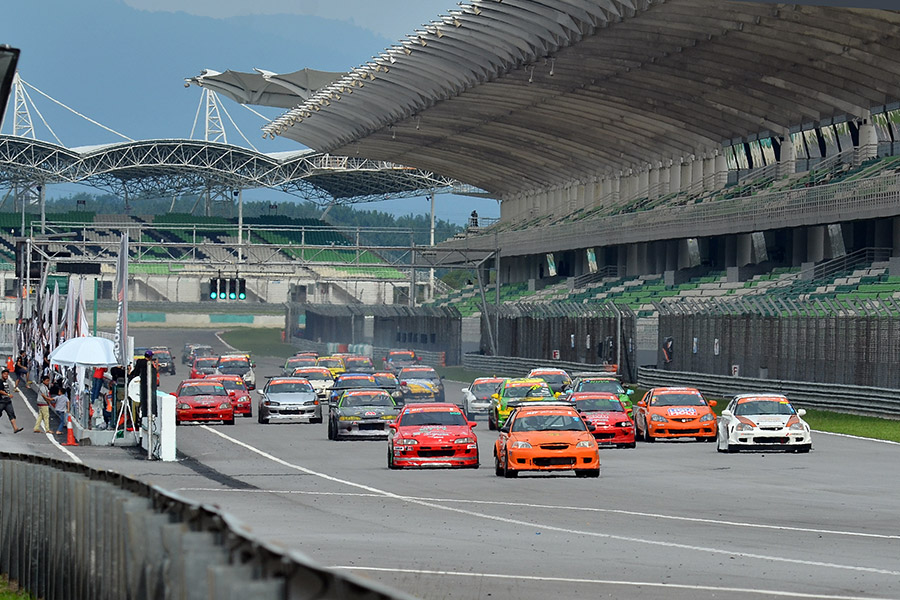 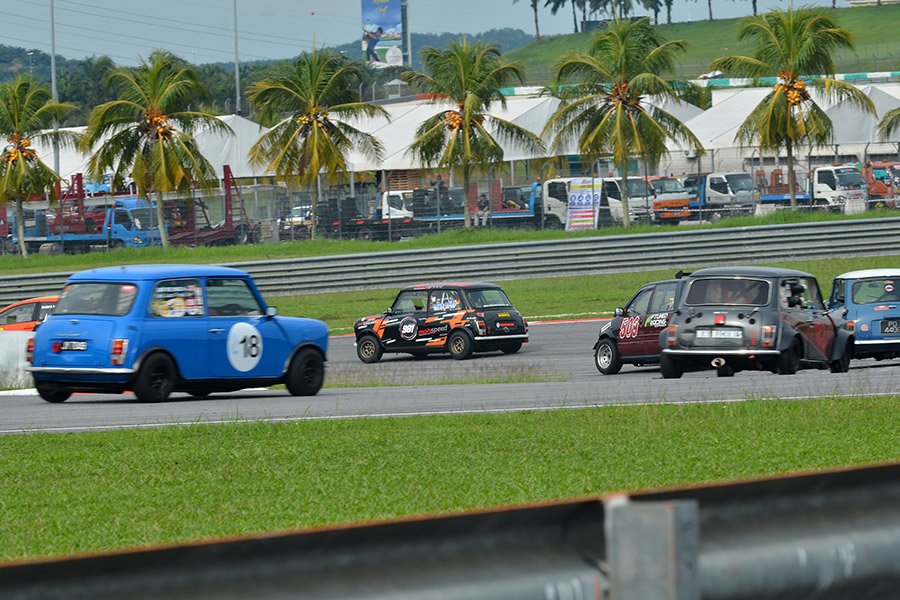 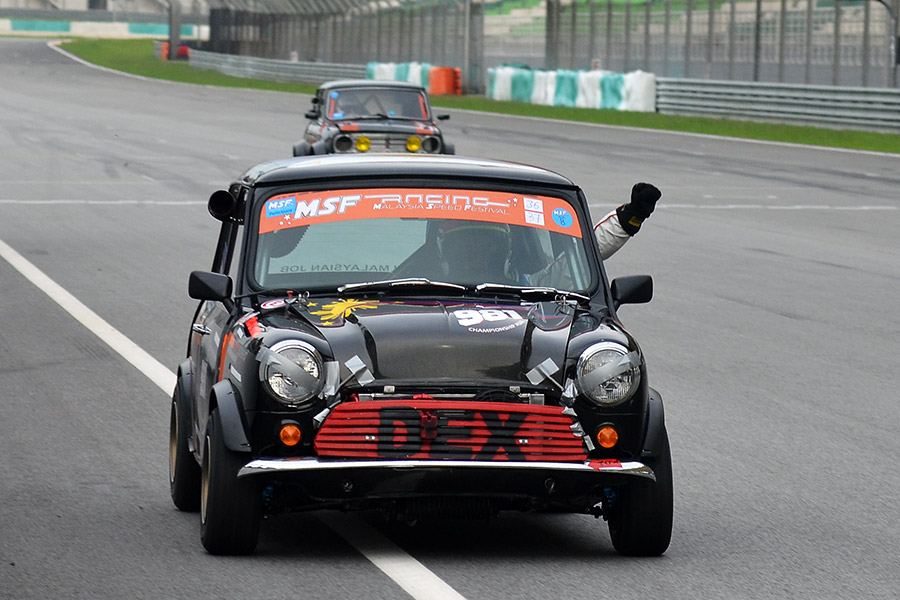 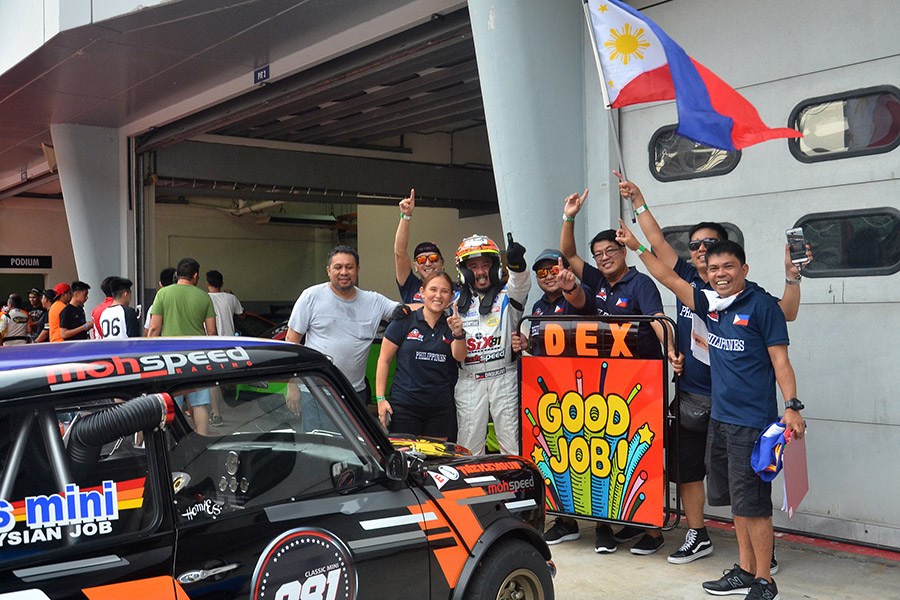