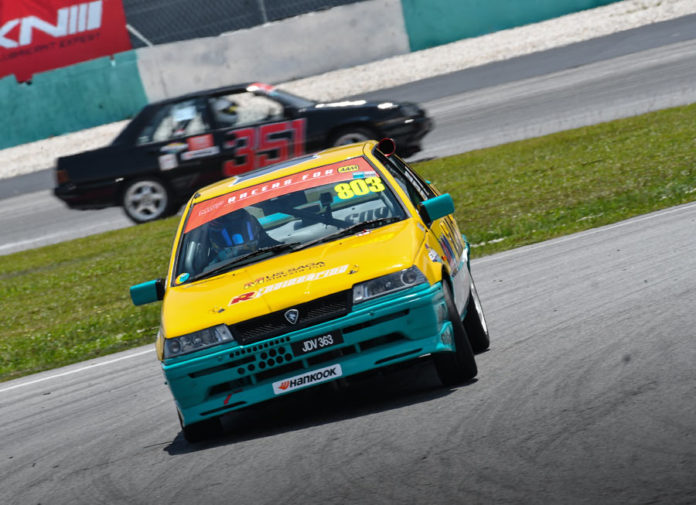 Having spent 3 odd years racing Classic MINIs, it was finally time for Dexter Daquigan to move on and try something new. That’s why his main agenda for 2019 is to make a splash in the Malaysia Speed Festival’s (MSF) Saga Cup. And based on the results from only his third attempt last April 14, he already has.

Dexter was the lone Filipino driver in the series’ massive 82-car grid when he visited the Sepang International Circuit (SIC) over the weekend. As his personal race car was still being built, he was lucky enough to be have given a drive in the #803 Proton Saga of KAS Motosport. There he found himself up against 17 other entries in the Advanced Category. But to the team’s surprise, his class-leading QTT time of 2:54.908 was quick enough to put him P11 overall on the grid.

Not bad for someone who just flew in on race day, with no practice runs nor chance to change setup. 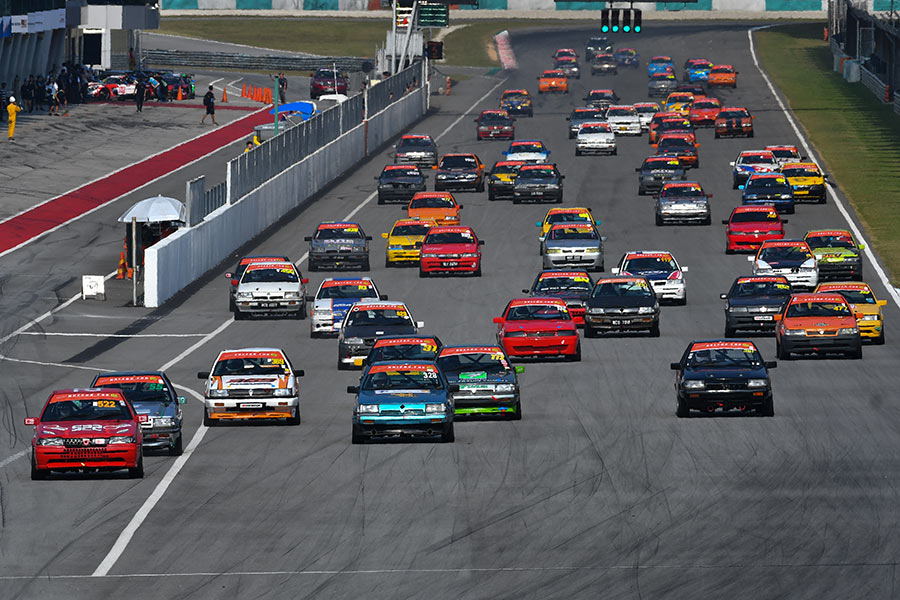 Unlike all his previous outings, there was only a single 8-lap race during the 2nd round of the Saga Cup. This leaves him with no second chances if he were to make a mistake or run into technical problems. It also rained later that day and the race start delayed ’til it was dark. While other drivers struggled in the difficult conditions, Dexter saw it as an opportunity to strike.

A lighting-quick start would allow Dexter to climb several places on the very first corner and even pass several Pro Class drivers. Though this is easier said than done considering he had to dodge 81 other cars on a wet track in the dark. His racing experience on motorcycles and a stint in a 24 hour enduro here back in 2017 also proved to be very valuable on this occasion. 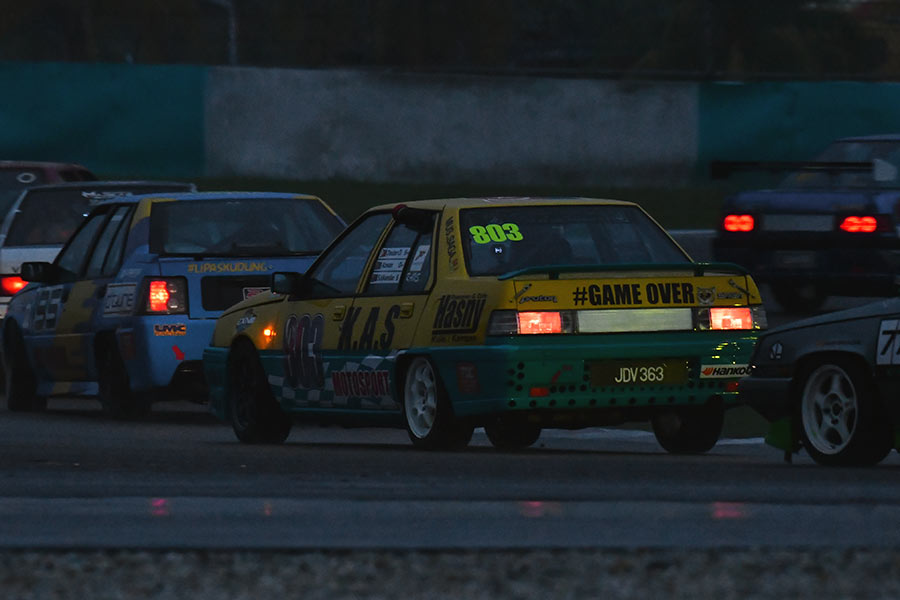 However, it still required 100% focus for Dexter to keep the #803 KAS Motosport Proton Saga in a straight line, whilst avoiding contact with all the other competitors. A cool head and a steady pace saw him briefly in the overall race lead before he came in for a mandatory pitstop.

By sheer genius, luck, or both, Dexter eventually found himself running 5th Overall when he crossed the finish line to wrap up a dream race weekend. This also earned him 1st place in the Advanced Category which saw the Philippine flag proudly fly on the podium.

With this achievement in the bag, Dexter now has his sights set on securing an overall victory in the Saga Cup. He plans to do this by moving up to the Pro Category in a Proton Saga built by Mus Mini Malaysian Job. 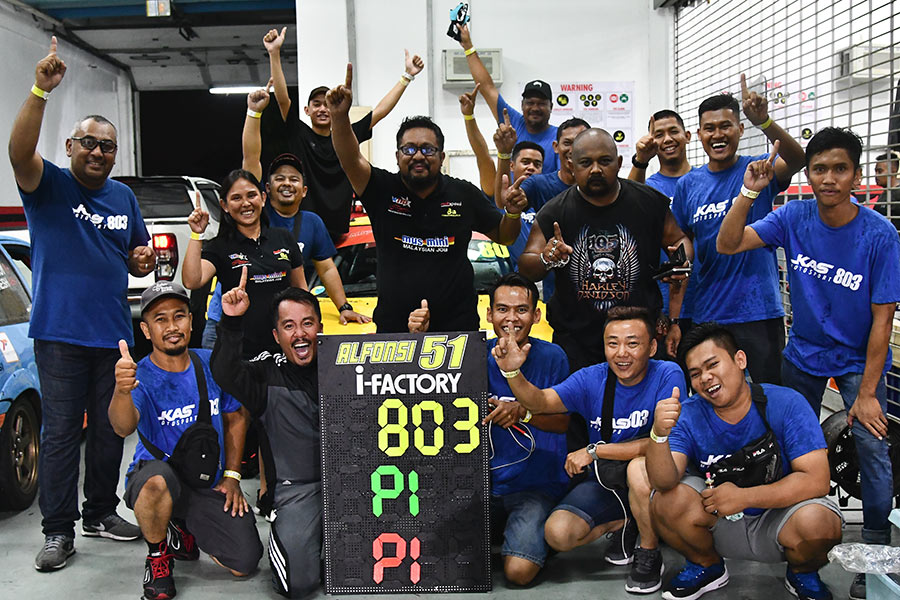 Dexter Daquigan: “We would race the MINI on the same weekend as the Saga Cup last year. Saw how big their grid was and how much overtaking happened on track. It blew me away and I immediately knew then I wanted to do in 2019. But my first experience last December was really humbling. Despite giving my best, we ended up in 26th place and was really disappointed with the results. Did a lot better when we gave it another shot last month, which encouraged me to push even harder. Although we knew we’ll be stronger this weekend, 5th place was a big surprise for the whole team. I’d like to thank KAS Motosport and Khairul Nizam for the opportunity, to our Race Manager Azwan Ahmat, Muslim Harun, and Mus Mini MJ. Great job boys!” 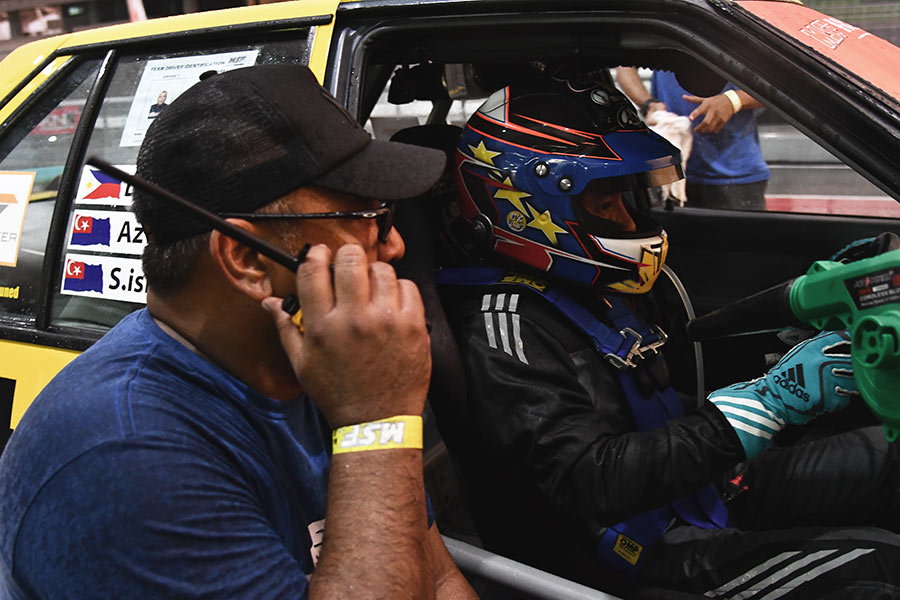 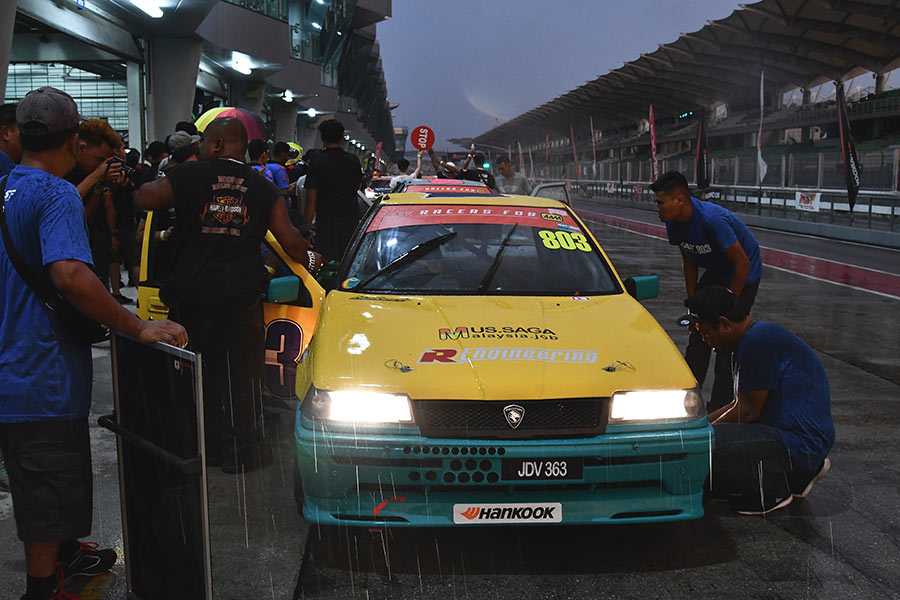 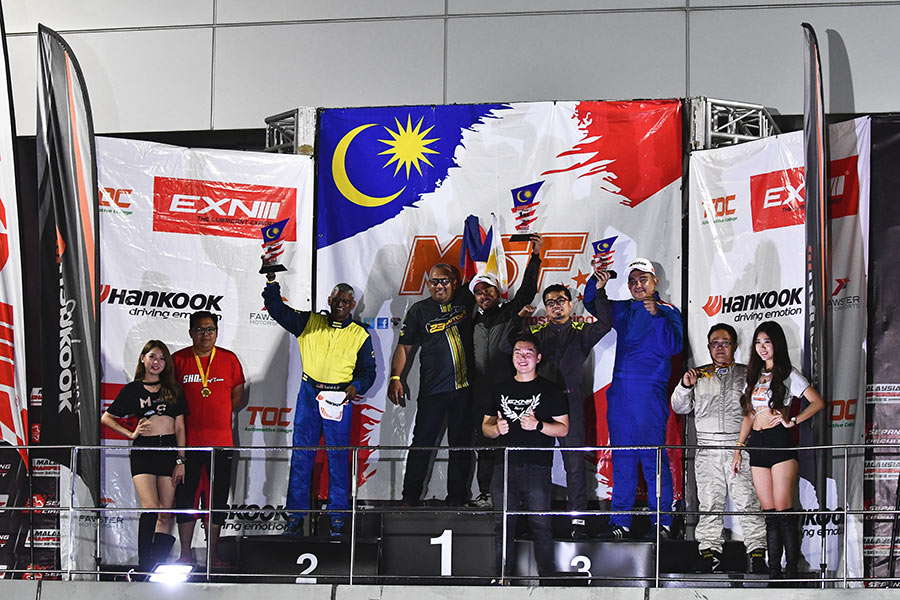