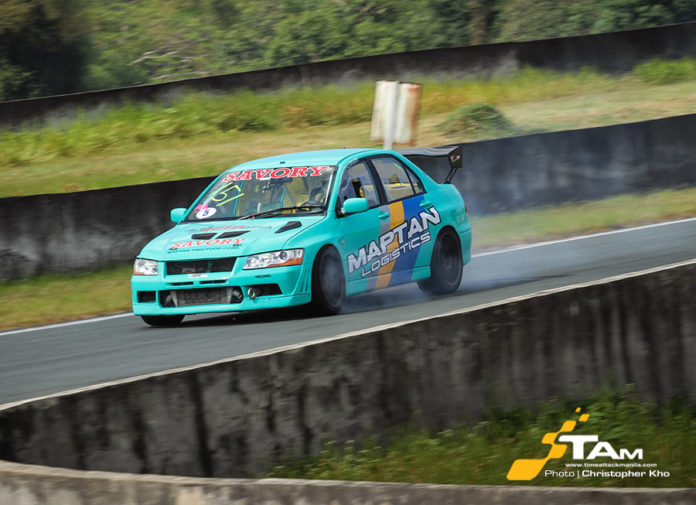 With 91 entries in the Time Attack and Grid Races, it was a very busy and action-packed start to the 2017 season of the FlatOut Race Series (FORS). A start where AWD won over FWD around the Batangas Racing Circuit.

Track conditions on the 18th of March proved to be quite tricky. There were huge shifts in track temperature by the hour, making it challenging for the top competitors to find the right set up on changing conditions. Rafael la O’ in the #1 Honda Civic EK did it best who set the fastest time of the day in Time Attack running GT Radial SX2 tires. But it was a completely different story in GT Radial Grid A where Don Don Portugal outpaced all the Civics in his Mitsubishi Lancer Evolution 7. 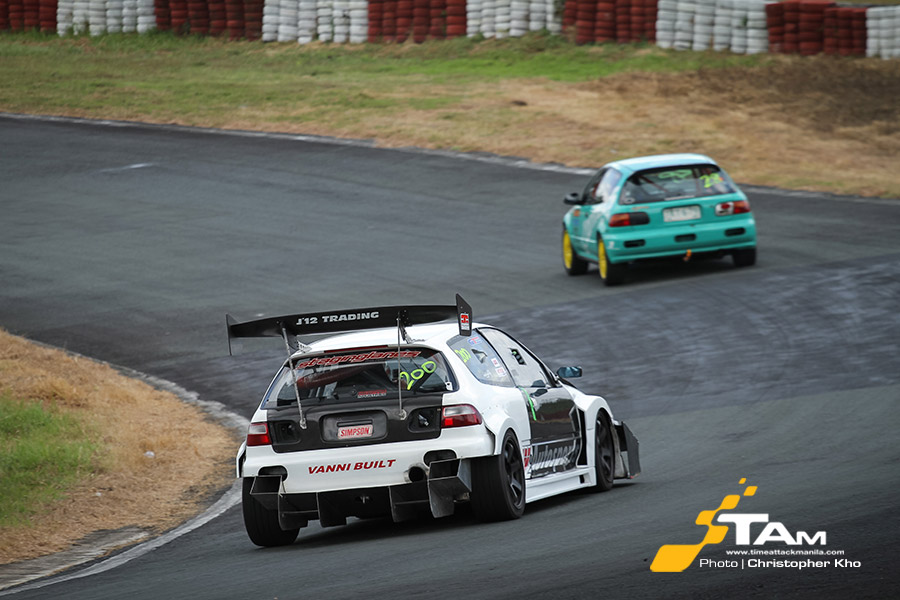 Ed Christian Go was able to top the time sheet in Bracket B using his newly-built #189 Honda Civic EG. He logged a 1:56.016 to claim 1st while in 2nd was Aaron Lao and 3rd was Andrew De Asis.

Then there’s Bracket C, where the fastest driver happened to be a lady. Kathy Villar outpaced all the men with a best time of 1:59.083 showing you don’t need a pair of balls to go racing. Maybe just figuratively. And in 2nd was a 12-year-old boy, Miggy Sohu of Team Nawna Racing who set a 1:59.473 lap. The highest-placed adult male was Paul Santos in 3rd with his 2:00.054 best. 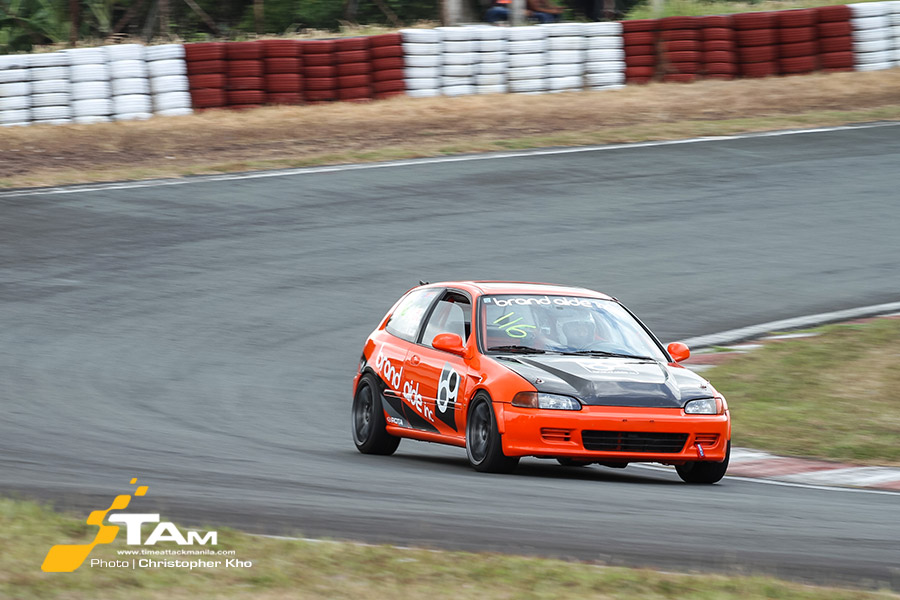 The fastest names in Bracket D were Zak Mendoza in 1st, Arbie Jacinto in 2nd, and John Benedict Carbonel in 3rd whose best times were all within a tenth of a second of each other. The top finishers in Bracket E were Alain Matias, Bernard Michael Santos, and Mars Ocampo placing 1st, 2nd, and 3rd, respectively. Ronn Catindig had a near-perfect 2:08.079 lap in Bracket F to secure 1st. In 2nd was Greg Suing and 3rd was Robert Tan.

Bracket G was the biggest class of the day where drifter-turned-circuit-driver Ralph Tan was the fastest of the 10 entries. Noel Delos Reyes and Mark Pascual were 2nd and 3rd, respectively. 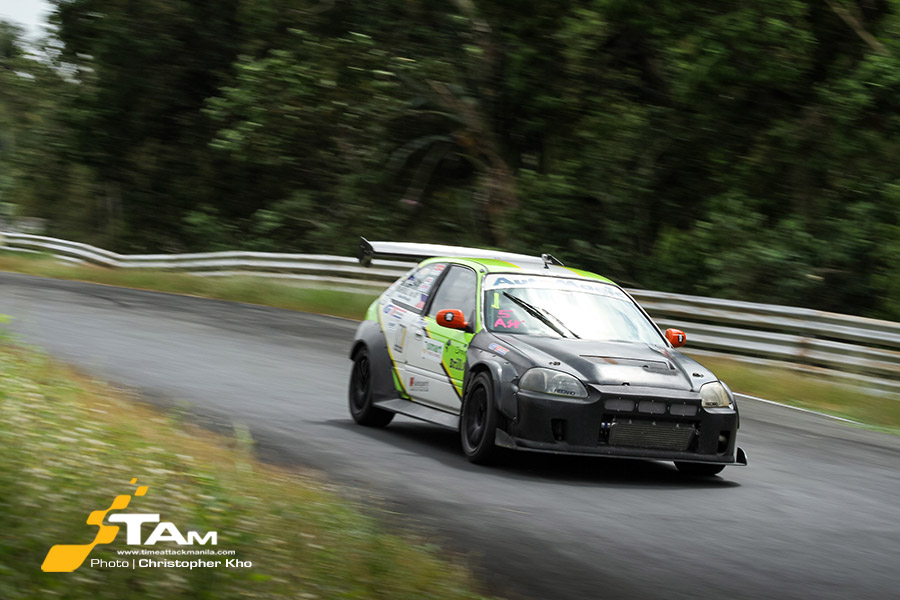 Grid Race
FWD may have reigned supreme in Time Attack, but not when it’s a 10-lap race. The Honda Civics of Rafael la O’, Eduardo Suiza, and Sydney Sarmiento were all scuffling for the lead in the opening stages of the race. Then there was the #151 Mitsubishi Evolution 7 of Don Don Portugal that easily jumped to 1st place when the FWD machines started to falter. La O’ worked hard to finish in 2nd, while Suiza had to settle for 3rd.

As for KYB Grid B, Aaron Lao in the #84 Honda Civic EK was untouchable and crossed the line with a 49 second advantage over Peewee Mendiola in 2nd. Hector Tan was following close behind in 3rd. 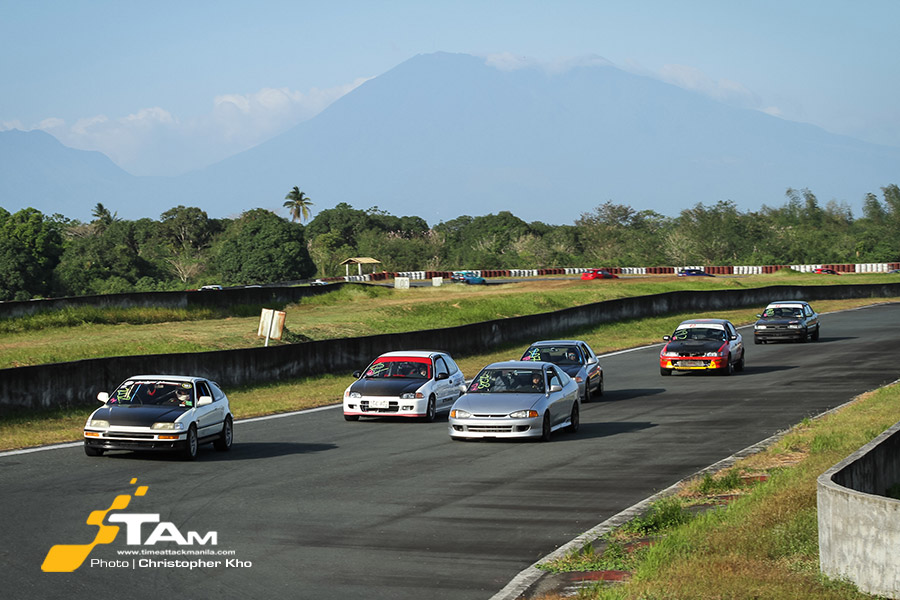 The combined Recaro Grid D and Works Bell Grid E was a huge 25-car race where the top 5 drivers constantly traded positions for the lead on every lap. Mark Erwin Bayan was the fastest of the Grid D drivers who won with a 0.321 sec lead in the #228 Mitsubishi Lancer. 2nd was Robbie Alvarez and 3rd was Jack Saquilayan.

With only a 2 week break in between, the FlatOut Race Series (FORS) will be back at the Batangas Racing Circuit on April 1 for Round 2. 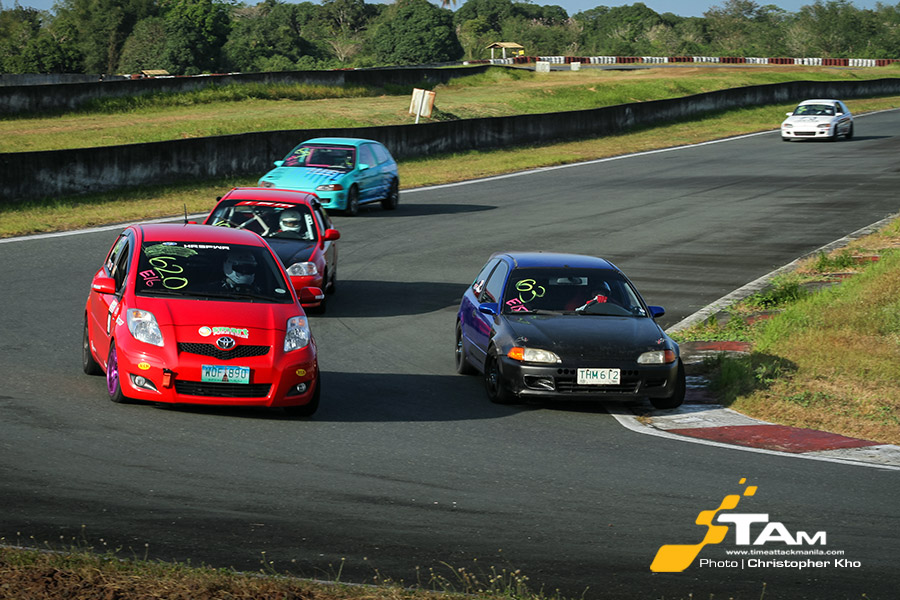 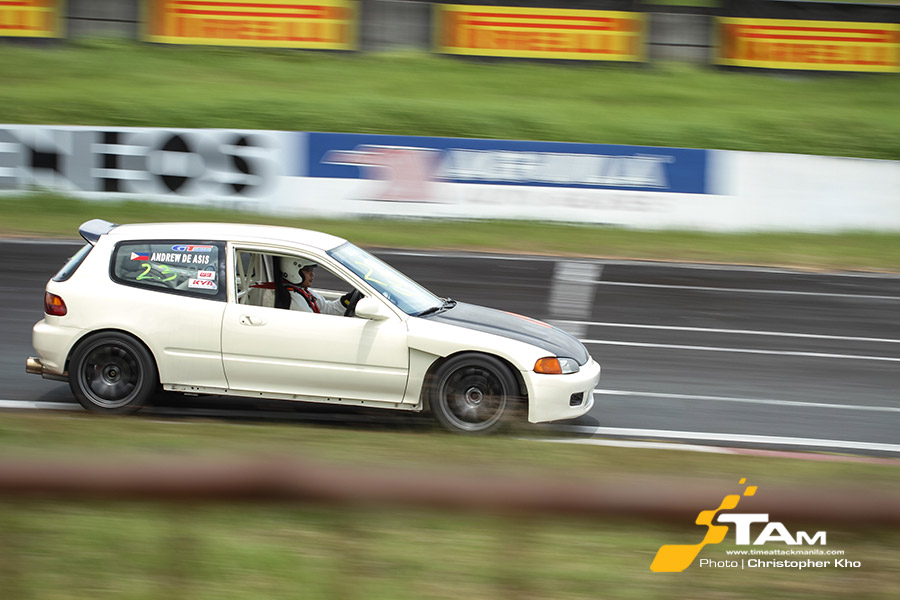 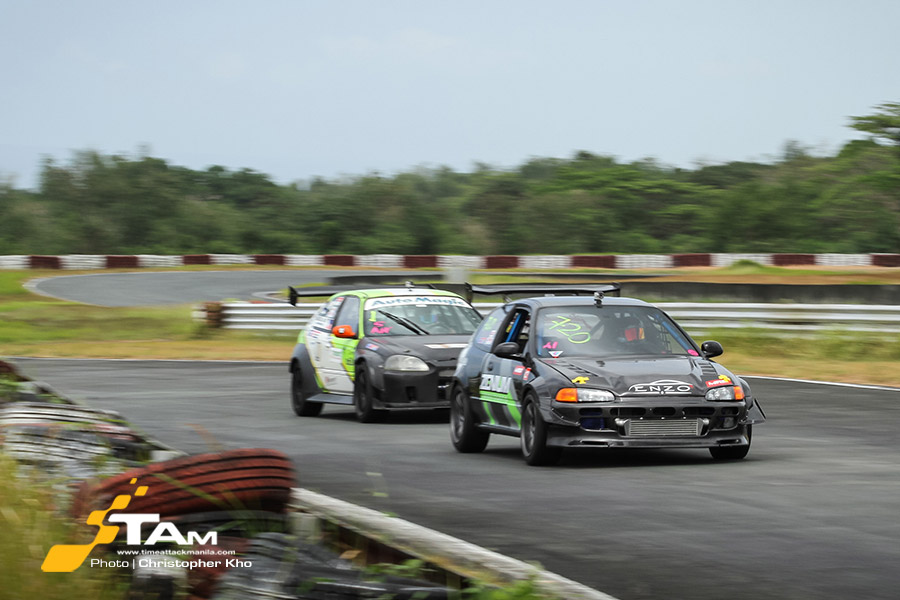 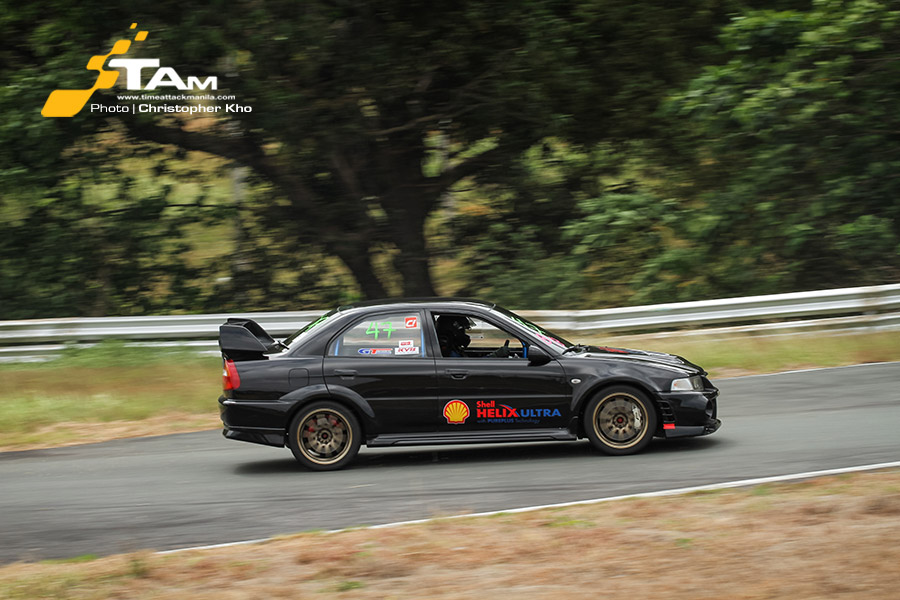 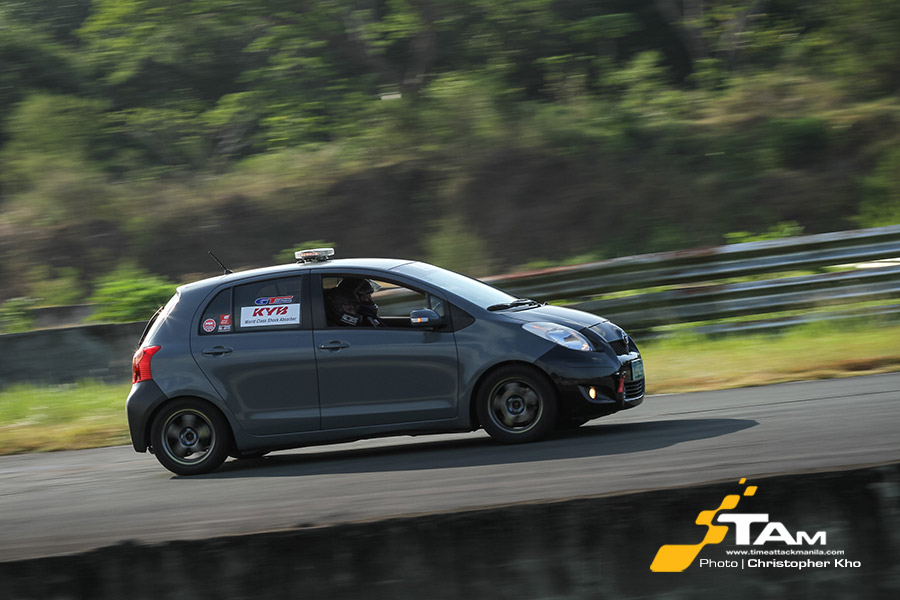