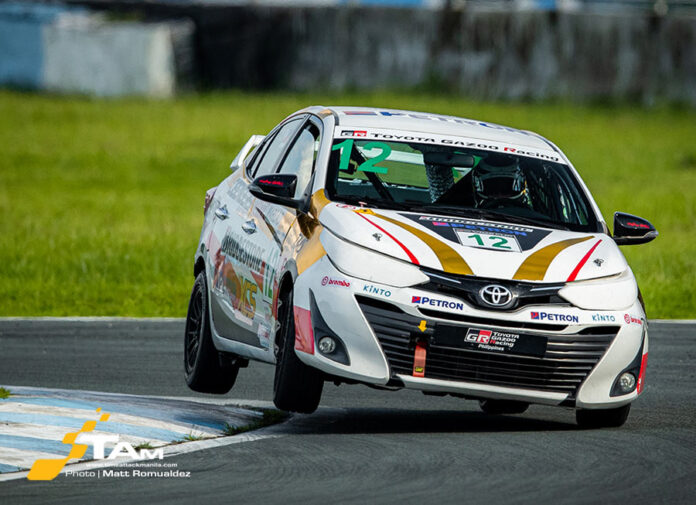 On his very first race in touring cars, driving with an h-pattern manual gearbox, and in the Philippines, Daryl DeLeon Taylor made a remarkable debut in the Toyota Gazoo Racing (TGR) Vios Cup over the weekend. He proved himself worthy in the top-tier Super Sporting Class by delivering a pair of podium finishes at the Clark International Speedway (CIS).

The Filipino-British driver only had a brief 2-day test on the 4.189 km circuit a few months back, so it was a head turner when he set the 3rd fastest time in Qualifying for Toyota Marilao-Obengers Racing. He was quicker than some of the more experienced drivers from the series and was only 0.471 secs off his teammate Iñigo Anton on pole. 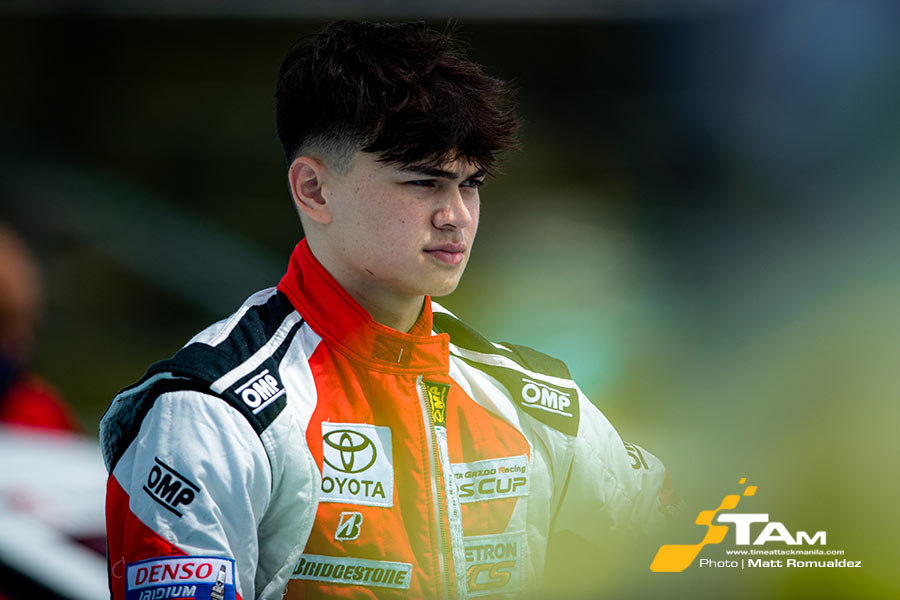 Due to his lack of experience getting off the line with a clutch, Daryl bogged down at the start of Race 1 and dropped down to P5. But he managed to find extra grip in the wet and was back fighting for a podium position by lap 4. He then chipped away at the lead of the top 2 drivers and got within striking distance by the race’s halfway mark. Daryl was waiting for the opportune moment to open up, in case anyone up ahead made a mistake, but it never came. Still, he was pleased to take 3rd on his TGR Vios Cup debut while setting the fastest lap of the race in the rain.

Daryl again started from the second row of the grid for Race 2, but immediately felt that something was amiss with his #12 Vios OMR right from the get go. He struggled to keep up with the rest of the field and was down in P6 by the end of the first lap. To make matters worse, he was spun around by another driver to last. His best efforts failed to improve on his position as he lacked pace and left him disappointed to finish in 7th. The team later attributed his drop in performance to a mechanical issue, which was fixed before the next race. 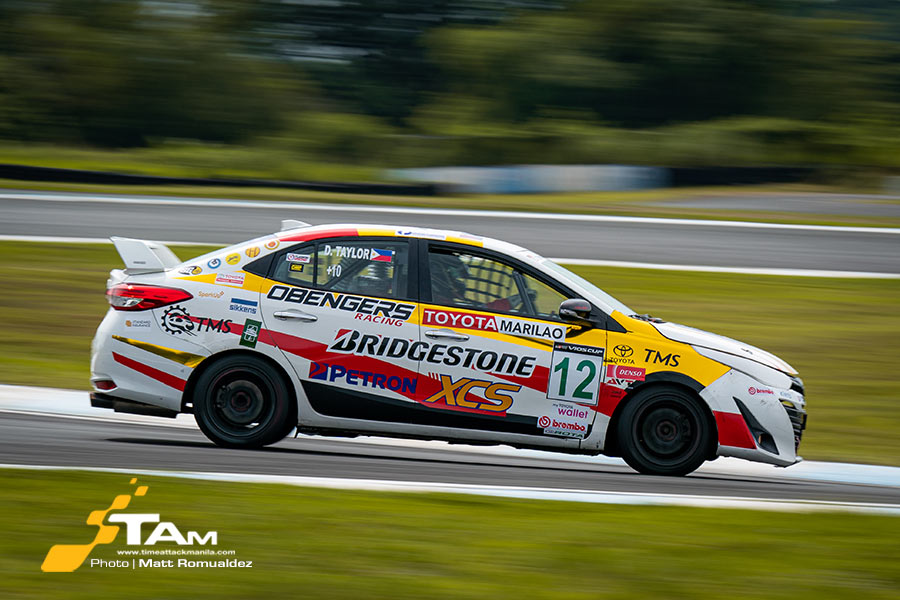 A reverse grid start would see Daryl take off from pole in Race 3. However, he got caught up in the opening lap chaos and got hit in the rear. Although he lost his bumper in the collision, he was able to rejoin without losing too much time. His determination to conclude the weekend on a high note allowed him to claw back several places ’til a last lap lunge earned him a spot on the podium in 3rd.

The 16-year-old was officially the youngest driver on this year’s TGR Vios Cup grid. Yet, his performance on his debut surprised even the most experienced drivers on track. Surely, with a bit more training and a trouble-free car, Daryl will further improve on his results when the 2022 season resumes on August 19/20 on the same track. 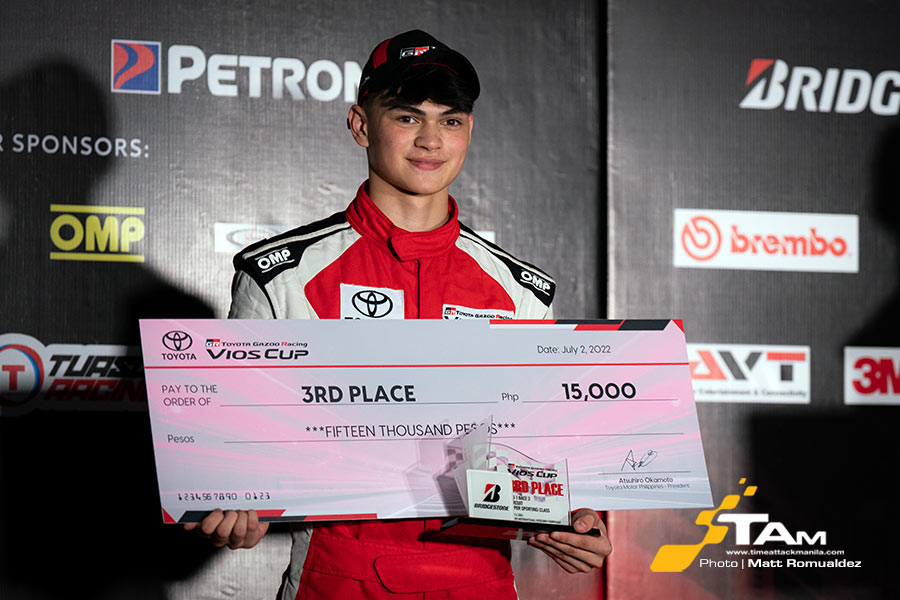 Daryl DeLeon Taylor: “I had a fantastic time racing in the TGR Vios Cup. The event organization, atmosphere, racing format, and the cars gave some extremely close racing. I knew that the racing level was going to be tough with some of the best drivers from Asia, so i’m really happy to come away with 2 podiums in the Super Sporting Class. I would like to thank Toyota Motor Philippines for the exceptional event, Obengers Racing for all their hard work, and my family for their endless support.” 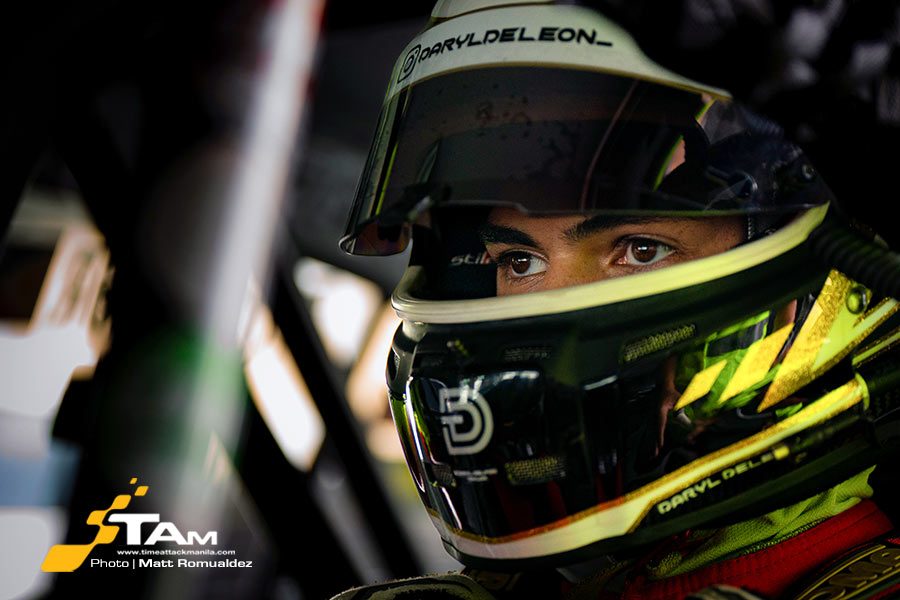 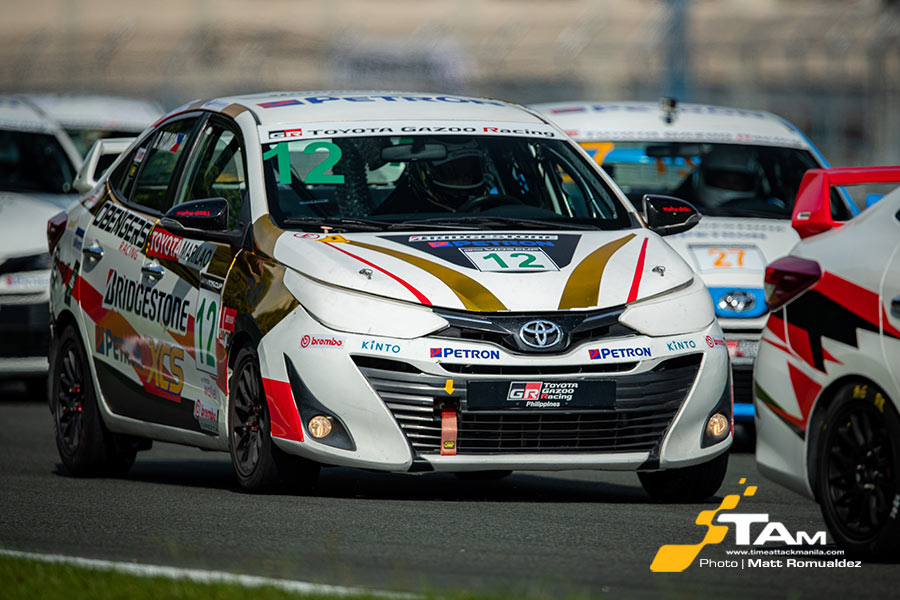 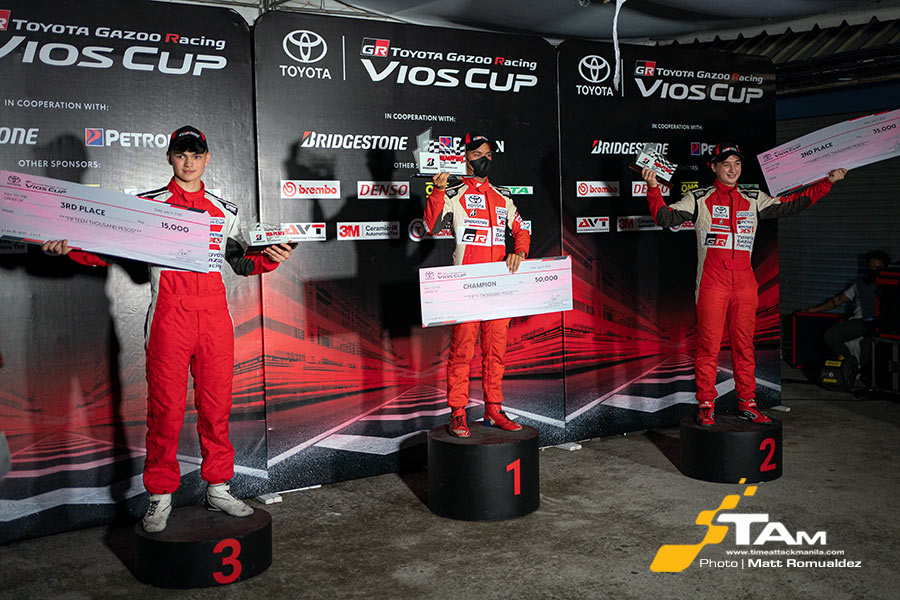