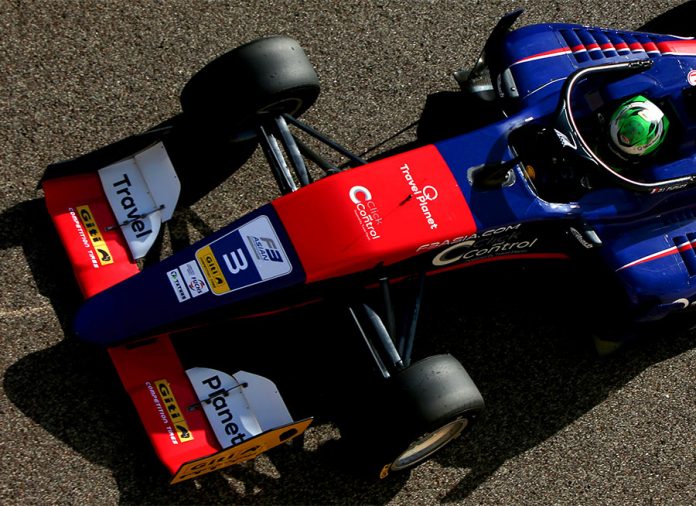 Pierre-Louis Chovet is now the first driver in the F3 Asian Championship Certified by FIA to win 4 races in the 2021 season thanks to a pair of race wins in Abu Dhabi. This puts the Frenchman along with Pinnacle Motorsport on the top of the driver’s standings with only 2 events to go.

Chovet would miss out on pole position by a few thousands of a second, which meant he was only P2 and P3 during Qualifying. Alexandre Bardinon was the next quickest Pinnacle Motorsport driver in P15 and 16, while Matthias Luethen and Alessio Deledda alternately claimed P18 and P19 spots. 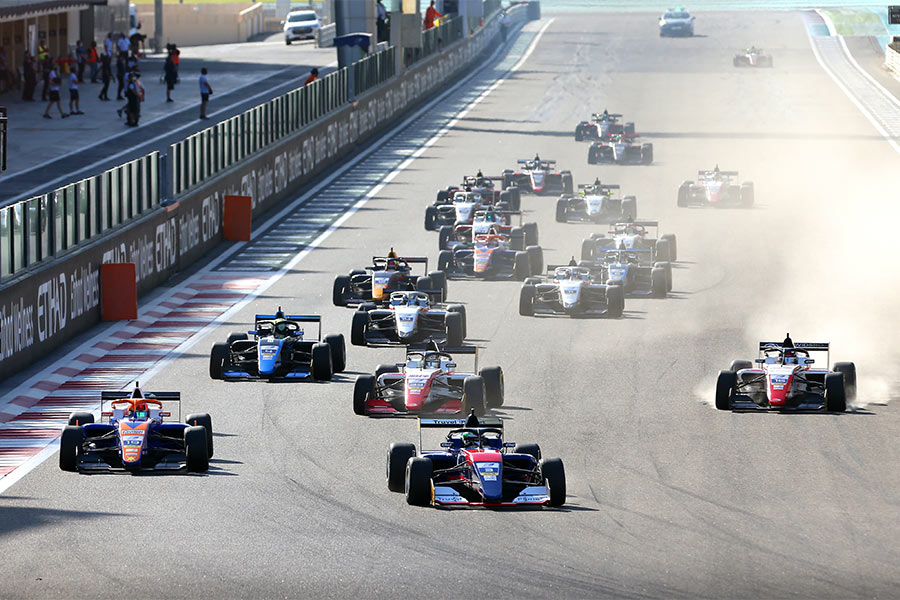 A lightning quick start in Race 1 allowed Chovet to take the lead on the run to the first corner. He then kept his head down for the rest of the 30 min race and never looked back, securing victory with a comfortable 3.861 sec advantage. Bardinon also had a clean drive to finish in 14th. Deledda managed to get past his teammate to grab 16th at the chequered flag ahead of Luethen in 17th.

Chovet further cemented his dominance with a lights-to-flag victory in Race 2. Although several lengthy safety car periods prevented him from pulling a gap, he still picked up full points to extend his lead in the championship. Deledda did well to stay out of trouble amidst the chaos and finish in 13th position. Sadly, Bardinon and Luethen both failed to finish after coming together on track. 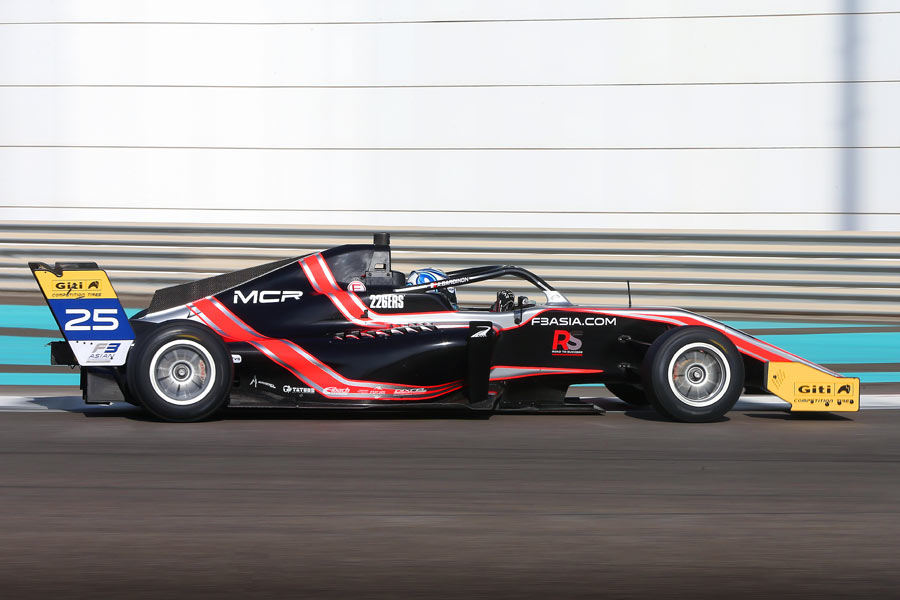 With the driver’s title on the line, Chovet drove conservatively in Race 3 ensuring that he finishes with as much points as possible. Taking no risks, he earned solid 4th place when the chequered flag dropped. Bardinon fought hard for a top 10 spot and crossed the line in 11th. However, a post-race penalty later undid his hard work to drop him down to 13th. Deledda and Luethen were again racing each other for position with Deledda finishing ahead in 15th and Luethen in 16th.

A pair of wins at the Yas Marina Circuit now puts Pierre-Louis Chovet in the Driver’s Championship lead 10 points ahead of his closest rival. Pinnacle Motorsport, on the other hand, sits 3rd in the Team’s Standings as the F3 Asian Championship Certified by FIA returns to the Dubai Autodrome for Round 4 in a week’s time. 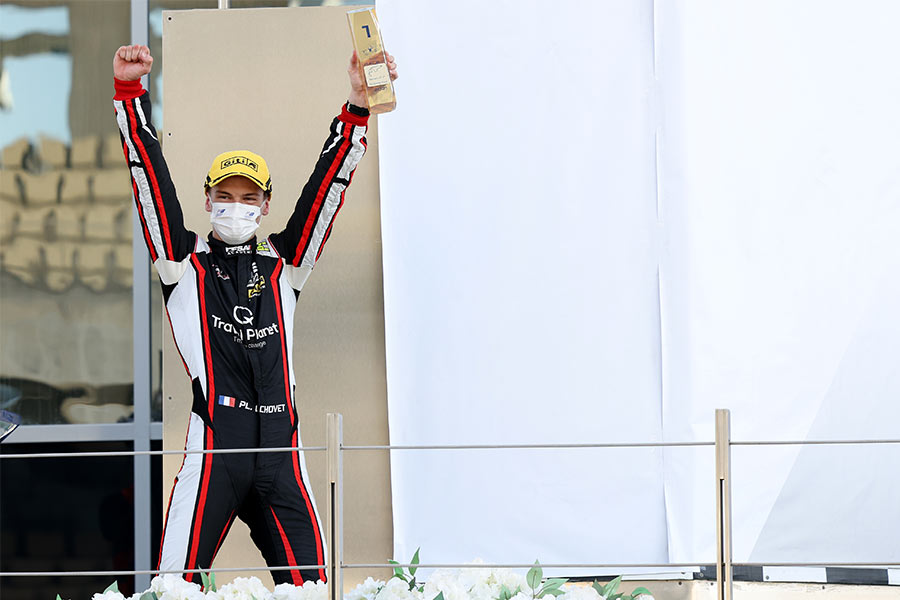 John O’Hara, Team Director: “What a great way to wrap up a long 4-day race weekend at Abu Dhabi. We’ve worked long hours to give our drivers the best cars possible and it’s good to be rewarded with 2 wins and the championship lead. There are only 2 rounds to go in 2021 and we’re fully committed to wrap up the season still on top of the points race.” 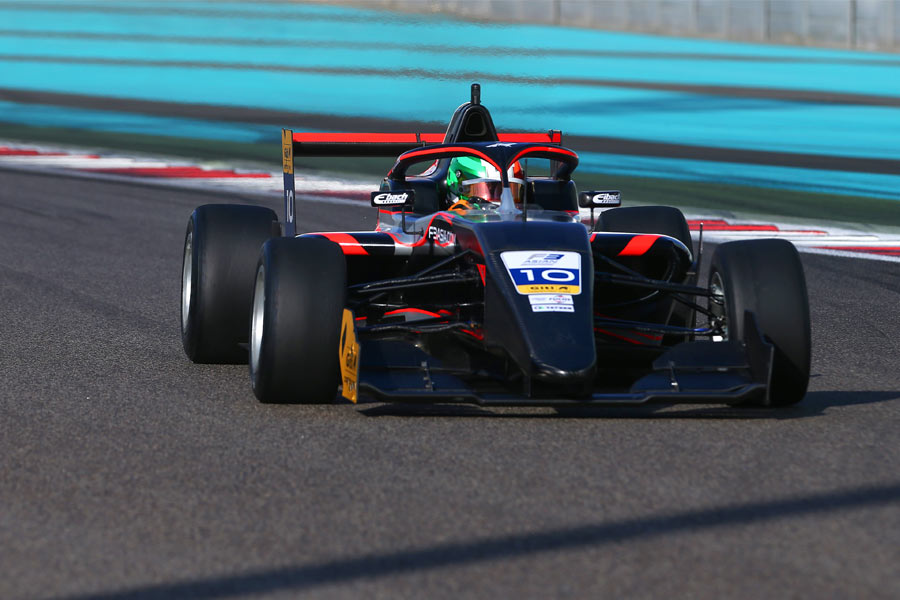