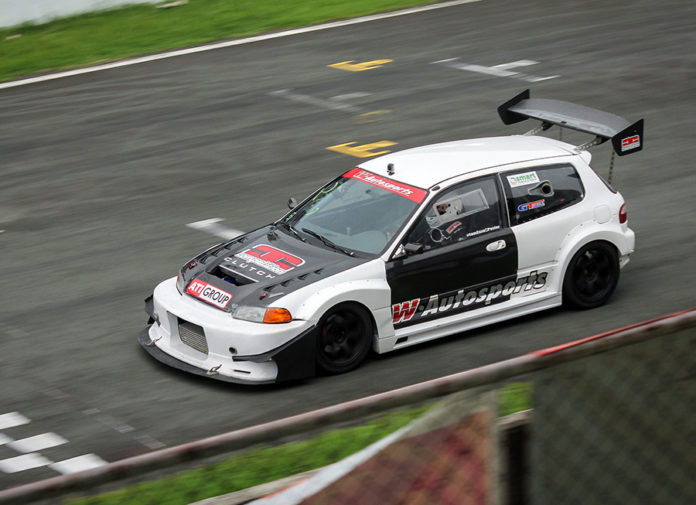 As with any sport, consistency is key if you want to succeed, even more so if you’re consistently on the podium. That is the case for Eduardo Suiza who now leads the Time Trial and Grid championships after sweeping all the races in the GT Radial FlatOut Race Series’ (FORS) 6th round.

Held last August 6 at the Batangas Racing Circuit (BRC), Suiza shared the track with 97 participants that competed in the Time Trial and Grid Races. This was also the Motorsport Development Program (MSDP) finalists’ first circuit training session, guided by instructors and professional racing drivers from the Automobile Association Philippines (AAP). 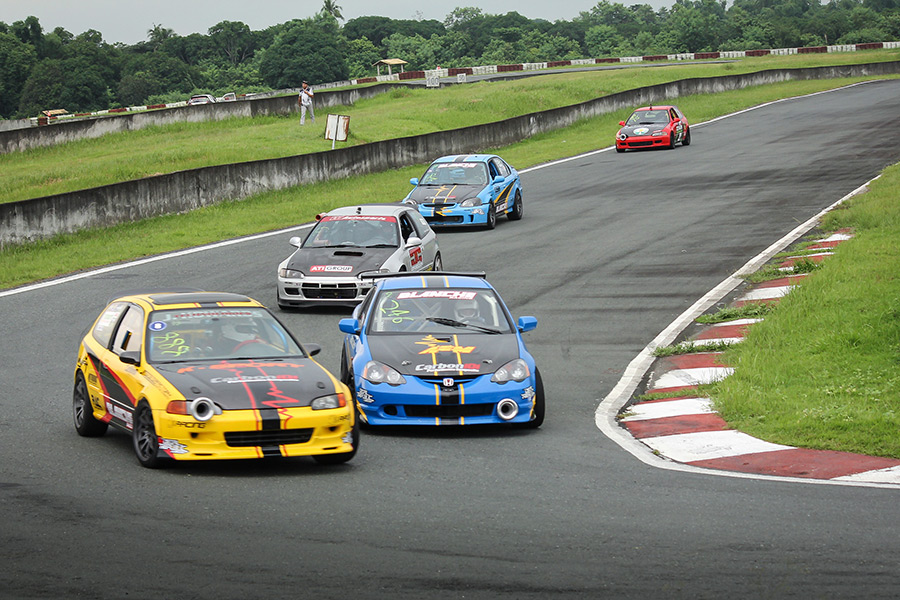 Time Trial
Suiza was 1.500 secs clear of all the other drivers in Bracket A, setting the fastest time of 1:48.294 in the GT Radial SX2-shod Competition Clutch Honda Civic EG hatchback. Trailing behind was JC Baguisa in the JCT-Blanche Honda Civic hatchback with his 1:49.794 lap. Rafael La’O in the Auto Magic Honda Civic EK Hatchback came 3rd with a time of 1:50.425.

It was a close battle in Bracket D with only 0.567 sec separating the top 3 drivers. The fastest was Polo Bautista, followed by Zachary Mendoza in 2nd, and Julius Beredo in 3rd. Bracket E saw John Benedict Carbonel take 1st place by a slim 0.001 sec margin over Hector Tan, while Jun Cabrera was 3rd. Aian Serrano’s 2:08.170 lap put him in 1st for Bracket F. Anthony Richard Lanting claimed 2nd and Romualdo Vasquez was 3rd.

Bracket G had 14 drivers fighting for the top spot, the fastest of which was Anton Moncupa, followed by Mars Ocampo and Andre Makkina Tan in 2nd and 3rd, respectively.

Suiza would collect another win in Bracket R with Sam Avila and JC Baguisa trailing behind. 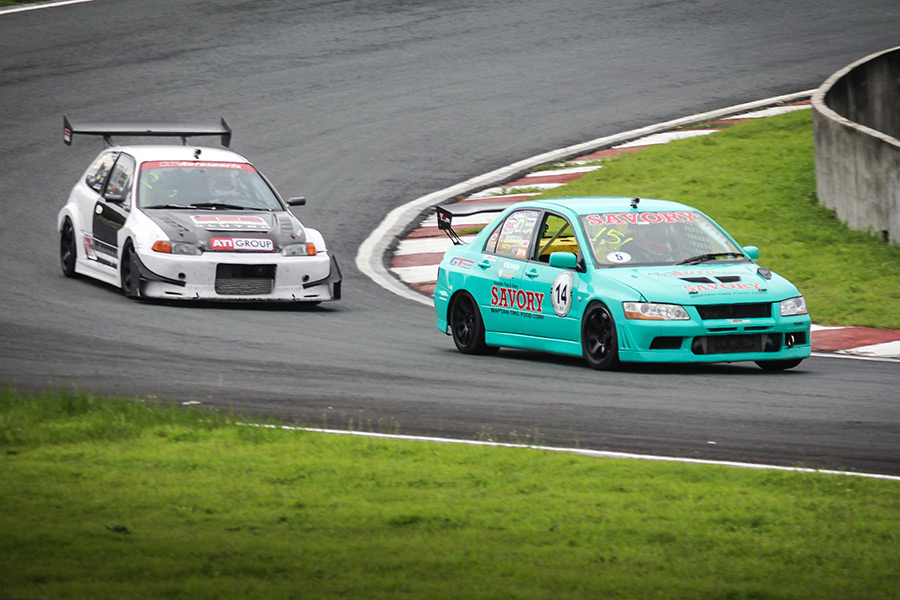 Grid Races
After collecting his victories in the time trials, Eduardo Suiza would dominate once again in the GT Radial Grid A race. He would start from pole and enjoyed a lights-to-flag victory with a massive 7.275 sec lead. Don Don Portugal in the Mitsubishi Lancer Evolution VII had to settle for 2nd and JC Baguisa crossed the line a further 10.437 secs behind in 3rd.

Likewise, Ed Christian Go collected another win in the Smart Fuels B race. He finished 13.378 secs clear for Gabby Sohu, while Sydney Sarmiento unfortunately failed to finish retiring on lap 8.

Joey Howard finished the Competition Clutch Grid C race in 1st with Vanni Garcia and Raffy Sohu in 2nd and 3rd, respectively. Behind them, Aaron Lao and Paolo Lofamia were both excluded from the race due to a contact between the 2 drivers on the second lap.

The Buddy Club Grid D and Works Bell Grid E races were combined to form a large 23-car field. A majority of entrants in Grid D broke out of their bracket times and were handed 60 and 180 sec penalties. Those who didn’t, however, were also the fastest drivers. Raymond De Pano was 1st followed by John Benedict Carbonel and Hector Tan. There were less incidents in Grid E with Anthony Richard Lanting taking 1st, place Jack Saquilayan in 2nd and Florentino Gonzales in 3rd. 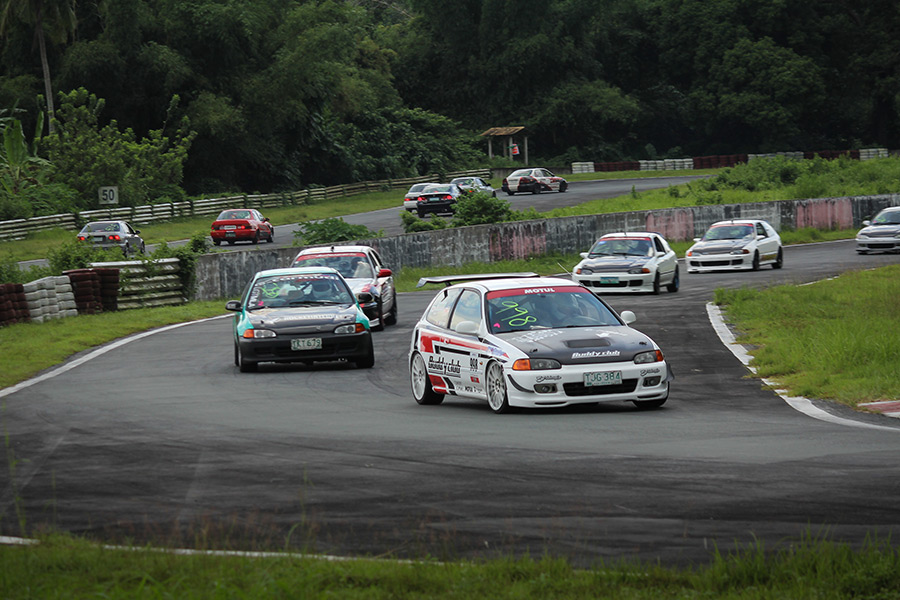 With his consistent podium finishes and wins, Eduardo Suiza now leads the Bracket A and GT Radial Grid A championship as the GT Radial FlatOut Race Series (FORS) returns to BRC on September 17 for Round 7. 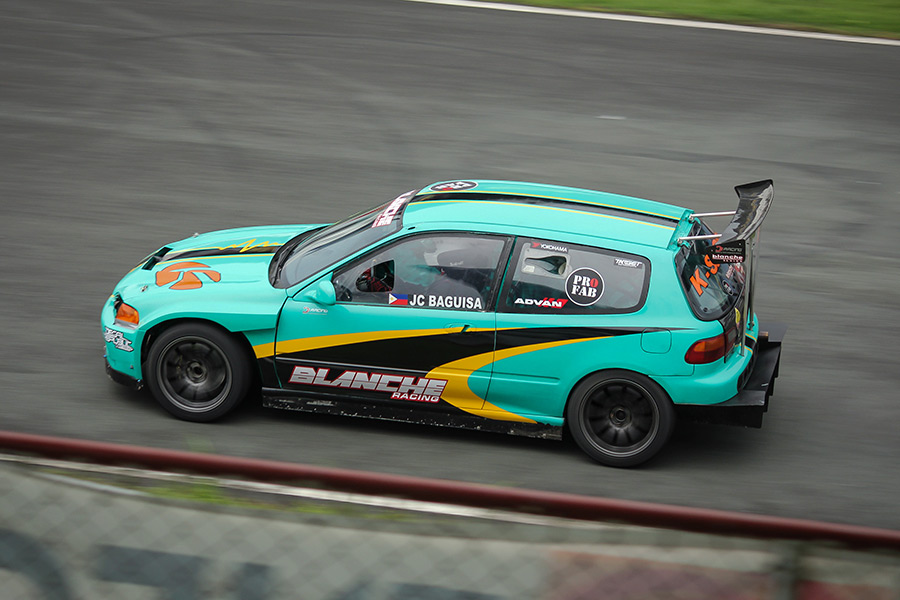 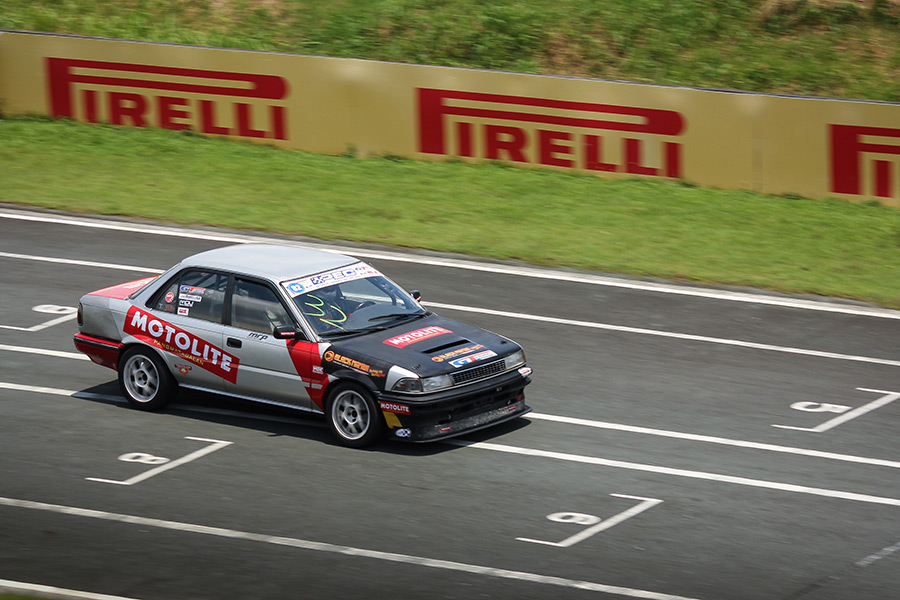