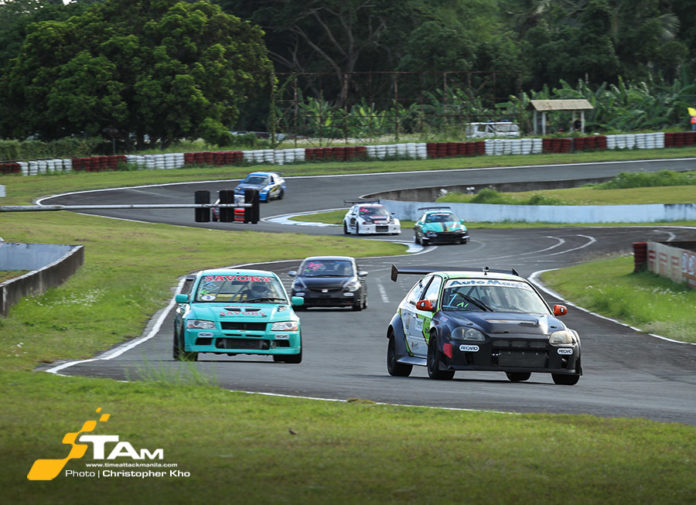 Since the start of the FlatOut Race Series’ (FORS) 2017 season, Eduardo Suiza has so far finished 2nd twice and 3rd once in both Brackets R and A. But the much anticipated win has eluded the 2016 championship, that was until he set the fastest time of the day last 3rd of June at the Batangas Racing Circuit (BRC).

He managed a 1:49.018 lap in the #200 W-Autosport x Staging Lanes Honda Civic EG, winning both classes in Round 4 of the championship.

The event also marked the halfway point of the season where 67 competitors took part in the Time Attack and Grid races. A number of them were entries of the GT Radial x 4 Oras ng Pilipinas who ran their practice and qualifying sessions. As always, the Automobile Association Philippines (AAP) was present to oversee the on track action. 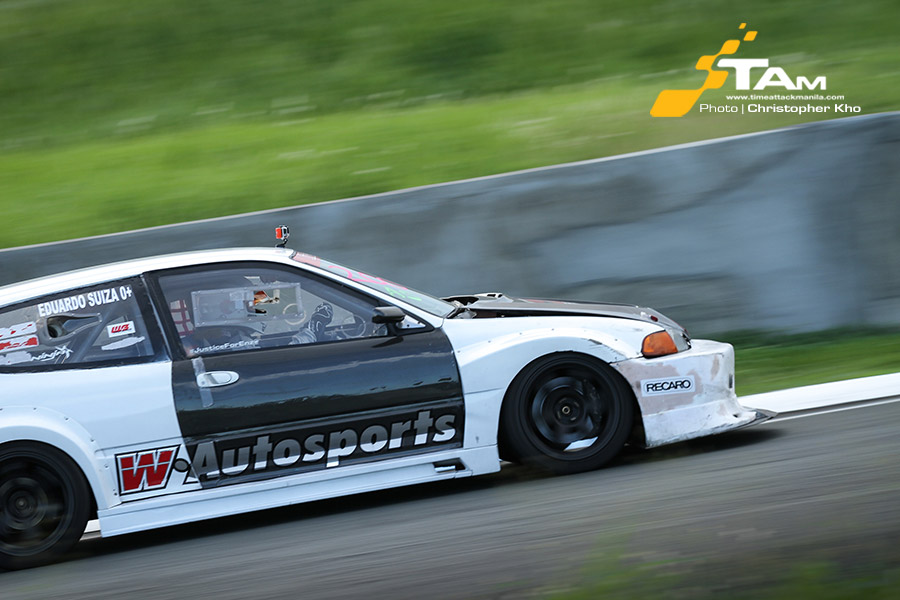 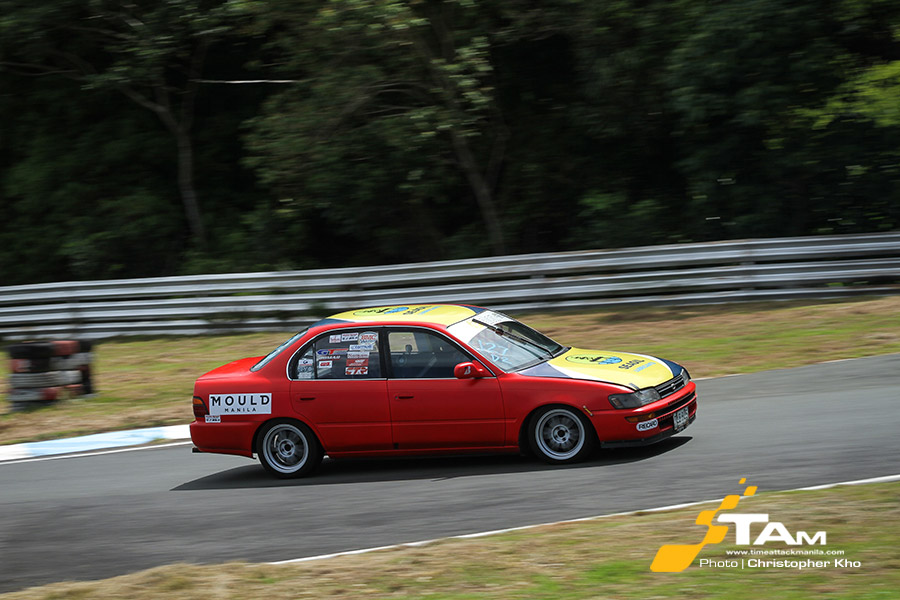 The #243 Toyota Corolla of Greg Suing outpaced the the Civics of Paolo Santos and Ronn Cantindig to finish 1st in Bracket D. Likewise, it was an all-Toyota podium in Bracket E with Lars Alonzo in 1st, Mars Ocampo in 2nd, and Raymond De Pano in 3rd.

Abet Reyes was fastest in Bracket F, beating Mark Macas in 2nd and Robert Tan in 3rd. Finally, Juliuan Diego’s made an impressive debut in FORS by taking 1st in Bracket G. MSDP finalist Bernard Michael Santos ended up in 2nd and Mark Pascual did another personal best in his BYD F0 to claim 3rd. 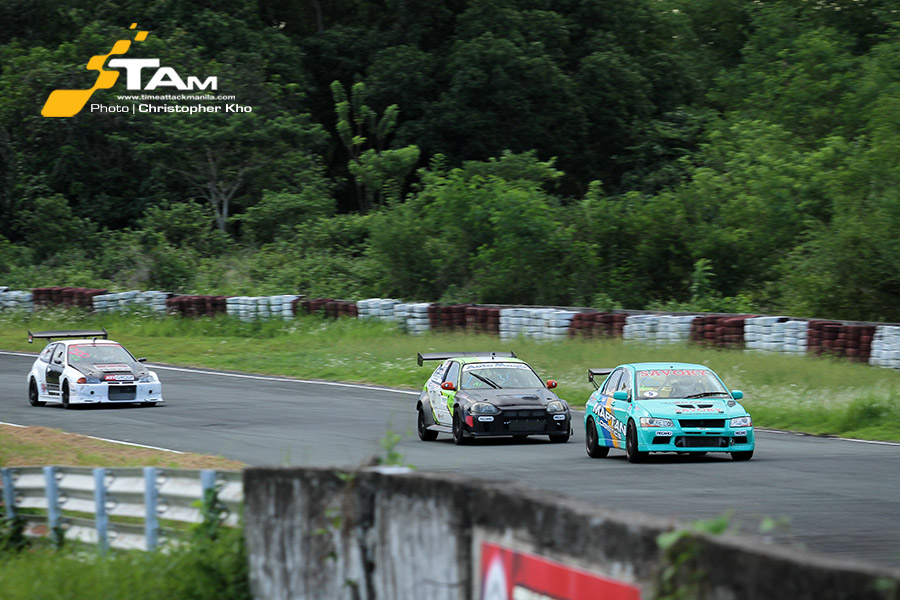 Grid Race
The epic battle between the AWD and FWD turbos resumed in the GT Radial Grid A’s 12-lap race. Don Don Portugal in his Mitsubishi Evolution 7 took the early lead, but was hounded by the Civics of Rafael la O’, Eduardo Suiza, and JC Baguisa. Don Don sadly lost his position and dropped down the field. This allowed Rafael to move up to 1st and take the overall victory. Eggy Ong, in the #313 Forced Speed Honda Civic FD, was the lone non-turbo car in the field but went all out to finish in 2nd. Eduardo would eventually take the last step of the podium in 3rd.

Blanche Racing teammates Aaron Lao and Andrew De Asis once again faced off in KYB Grid B. Thankfully, the pair avoided contact this time around and Lao managed to cross the line in 1st incident free. Andrew was 2nd and Nicolo was 3rd. Then there’s Bubi Camus who took home his very first SmartFuels Grid C trophy with a 1st place finish. Jack Saquilayan hung onto 2nd and Polo Bautista of Carmudi Racing was 3rd. 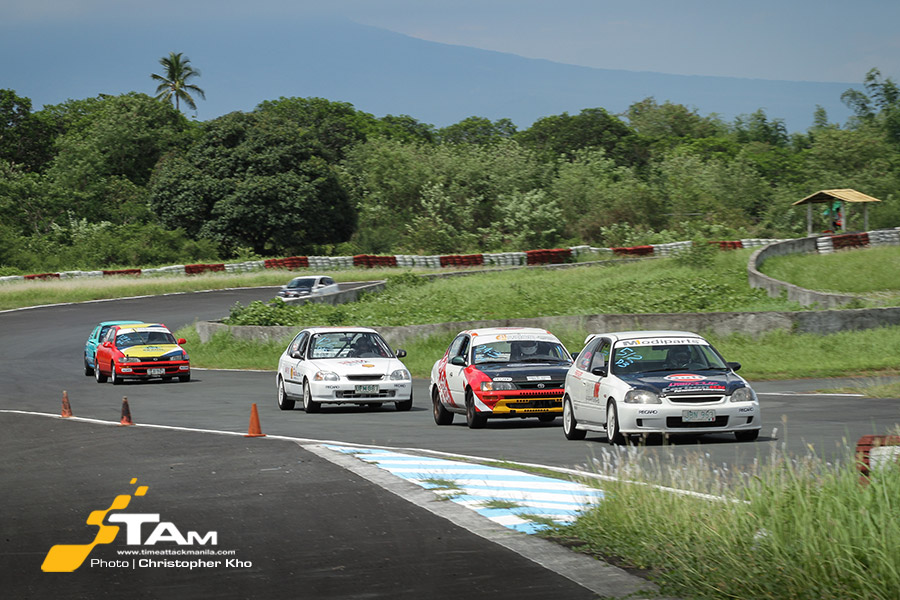 Recaro Grid D had the same set of winners as Bracket D. Greg Suing led the 10-lap race to take 1st. Paolo Santos trailed behind in 2nd while Ronn Cantindig inherited 3rd from Ralph Tan who was penalized for making contact during the race. In Works Bell Grid E, Robert Tan in the #620 Toyota Yaris won with a commanding 2.795 sec lead from Andre Tan in 2nd and Mark Macas in 3rd.

After spending the last 4 events in Batangas, the FlatOut Race Series (FORS) will see a change in venue for Round 5 as it heads to the Clark International Speedway on July 1. 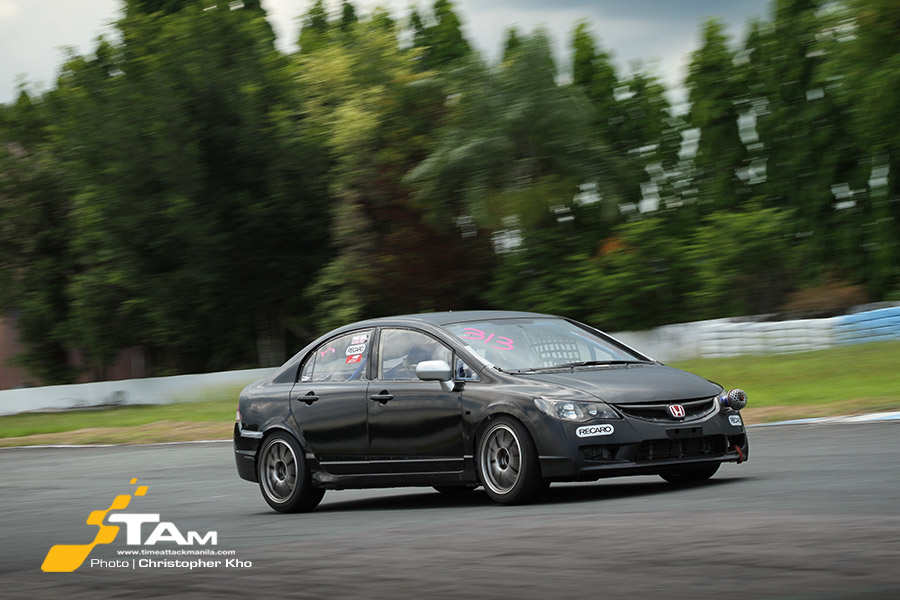 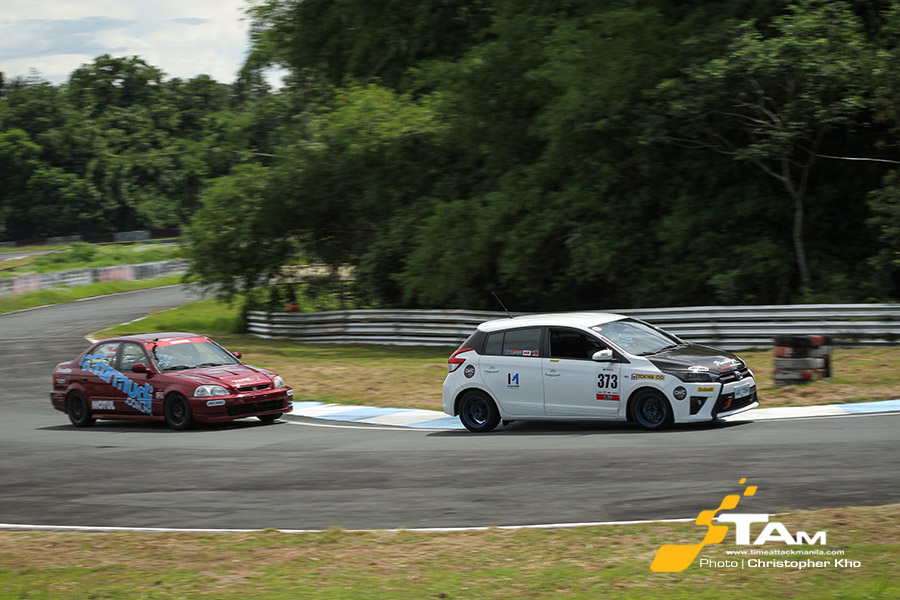 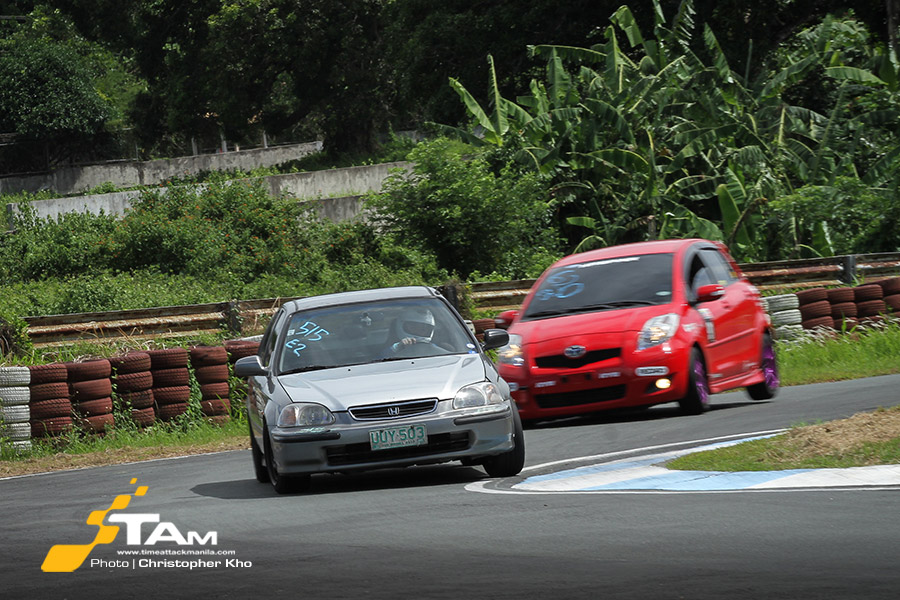 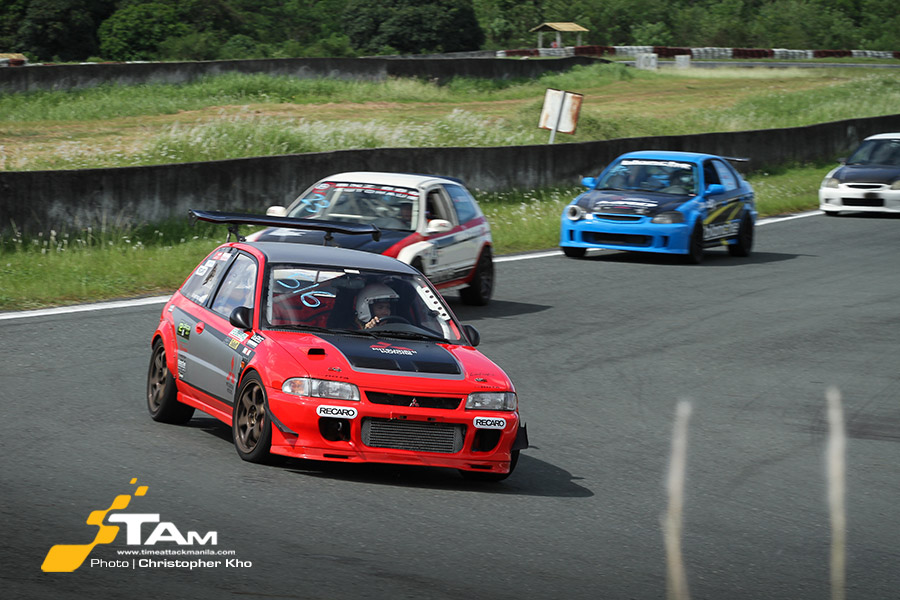 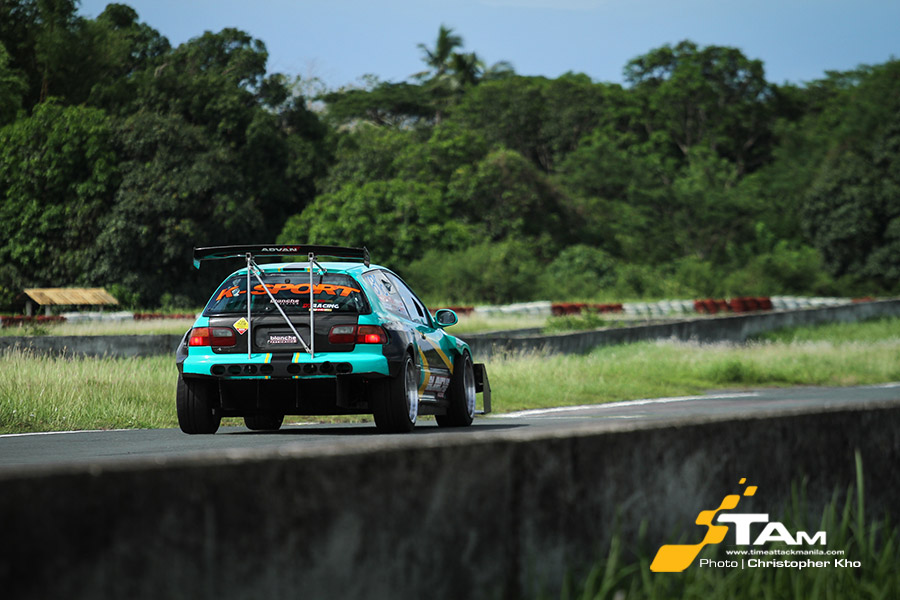