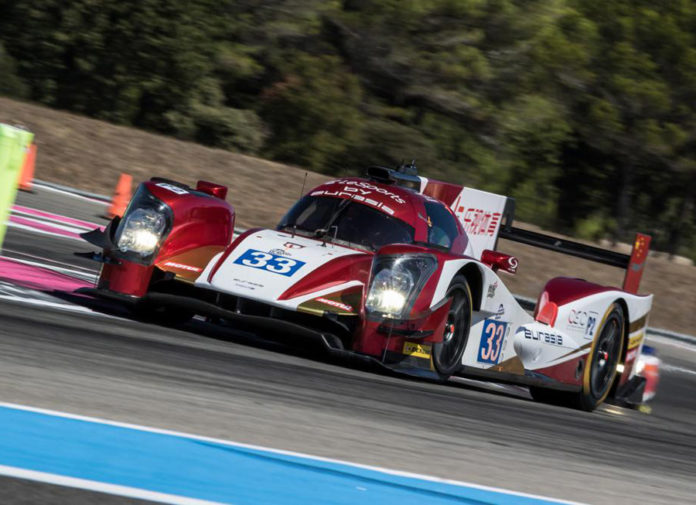 LeSports by Eurasia Motorsport began the race weekend of the 4 Hours of Le Castellet in France on the wrong foot. The No. 33 ORECA 05 Nissan was in pieces after ‘Kevin’ Pu Jun Jin crashed on Friday practice. But the team worked tirelessly through the night to put it back together, make it to qualifying, and finish 4th on Sunday.

While Kevin is expected to make a full recovery, he’s forced to sit in the sidelines and leave driving duties to Tristan Gommendy and Nick de Bruijn.

The team’s rebuilt ORECA 05 was surprisingly quick the next morning. Gommendy was P2 around the Circuit Paul Ricard in practice, although P8 was as high as they could achieve in Qualifying after making some setup changes. De Bruijn took the first stint under sunny skies and managed to quickly make his way up to P4. He was able to maintain his position after the first round of fuel stops and was a mere 6 secs behind third position with 3 hours to go.

After double stinting behind the wheel, Gommendy then took over and rejoined in P6 with around 2 hours to go. He was lapping 2 secs quicker than the LMP2 cars ahead and dispatched the Ligiers in front to get back into P4. Once his stint was over, De Bruijn was left to finish the race and bring the car home.

He was on a charge and moved up to P3 with only 8 minutes remaining. Unfortunately, LeSports by Eurasia was denied a podium spot on the very last lap and cross the line in 4th place. That’s not bad considering that their LMP2 machine was in pieces on Friday night.

Mark Goddard, Eurasia Motorsport Team Principal: “It’s a good result after a tough weekend for us. Of course we were 3rd almost at the chequered flag and I think I need to cross someone off my Christmas Card list! We wanted to get that second podium after the Red Bull Ring and we were very-very close. It’s a good result – we’ll take it – and it proves how far we have come that we’re not thrilled to be 4th.”

The Philippine-based team now sits 4th in the 2016 European Le Mans Series’ (ELMS) LMP2 championship as they head to Spa Francorchamps in Belgium on September 23/25.