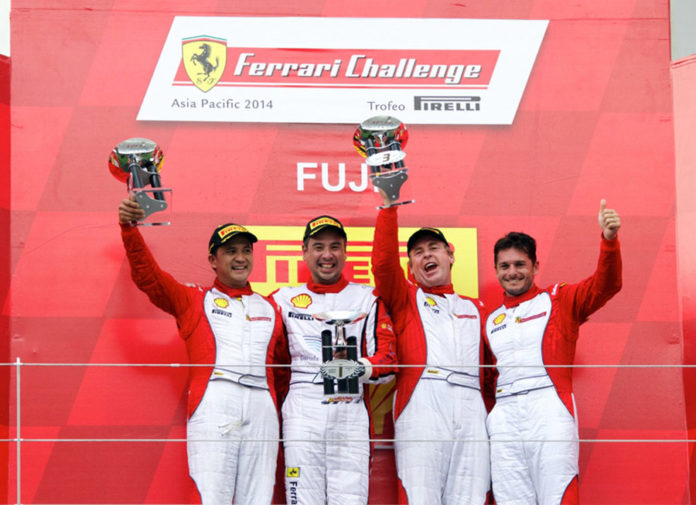 Fresh from his 3rd place finish in Inje, South Korea, Vincent Floirendo was looking forward to yet another podium spot in Round 5 of the 2014 Ferrari Challenge Asia Pacific. And this time, he had to prove just how quick he really is around the Fuji Speedway in Japan.

Vincent, who’s competing in the Coppa Shell Class, steadily made progress throughout the 3-day race weekend last September 12 to 14. From his initial best lap of 1:47.328 during the first Friday practice, he was eventually able to gain more than a second during qualifying – posting a 1:46.157 which placed him 4th in class and 9th overall for Race 1.

Impressive results considering it was a 22-car grid. 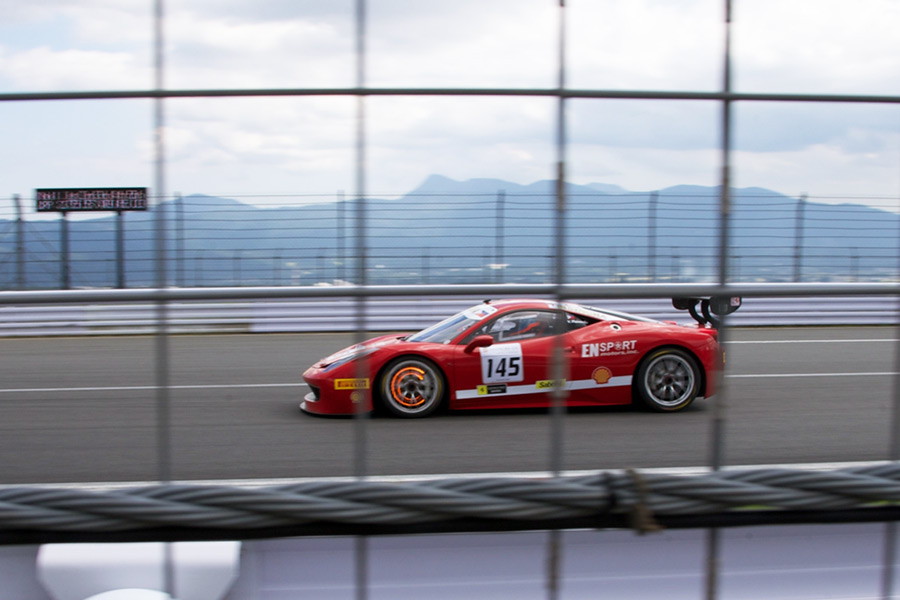 In Race 1, the field was led by Max Blancardi in the Pirelli Pro Class from start to finish, crossing the line with a considerable 11.821 second advantage over Philippe Prette in 2nd. But down the field in Coppa Shell Class, it was a tight battle between Paul van Loenhout from Austria, David Tjiptobiantoro from Indonesia, and our very own Vincent Floirendo.

van Leonhout and Tjiptobiantoro were going wheel-to-wheel throughout the 18-lap race and were only separated by a mere 0.263 second margin by the time the chequered flag came out. Vincent, on the other hand, decided to play it safe to preserve his No. 145 458 Challenge EVO for Sunday’s race and settled for 3rd place, 6.036 seconds behind the class leaders.

To spice up Race 2 on Sunday, they threw in ex-Formula 1 and current Ferrari GT driver Giancarlo Fisichella onto the grid as a guest driver. And as expected, the Italian showed these guys how quick a true professional like him really is. Starting from the back of the grid, Fisichella overtook 20 cars in 18 laps to finish 2.439 second behind the race winner Max Blancardi. 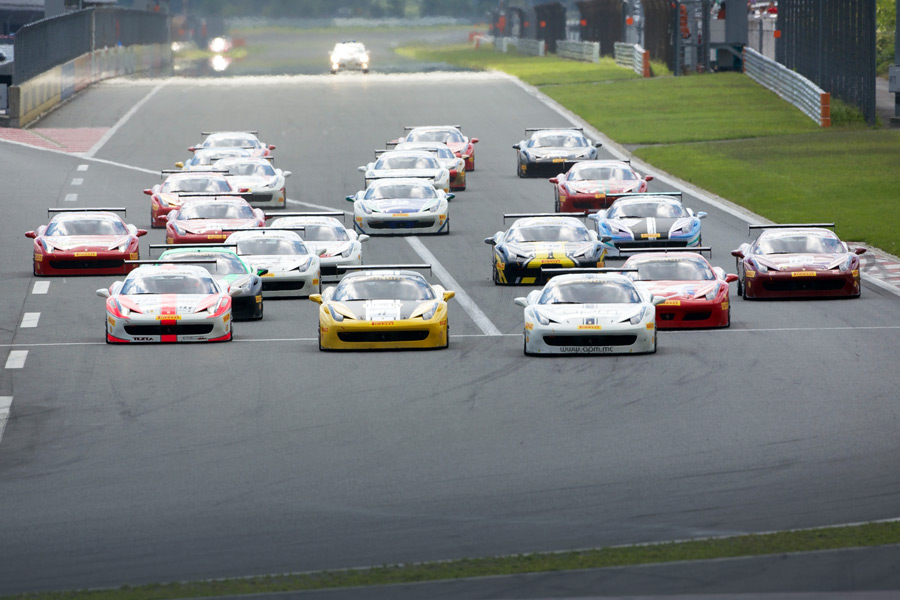 Meanwhile, Vincent made his way through the Coppa Shell Class and challenged David Tjiptobiantoro for the lead. The Indonesian driver, however, would hold onto his position ’til they pair cross the finish line. Still, going home with 2nd place was already a feat for a newcomer like Vincent, who was able to match the speed of a Ferrari Challenge veteran like Tjiptobiantoro.

“We congratulate Vincent on his very successful stint in the Ferrari APAC challenge. Two podium finishes in the last race is a remarkable achievement, especially for a first timer in this competition,” said Marc Soong, Executive Director of Autostrada Motore Inc., the official importer and distributor of Ferrari cars in the Philippines.

Vincent Floirendo now heads to the Sepang International Circuit in Malaysia on November 2 for the penultimate round of the 2014 Ferrari Challenge Asia Pacific.