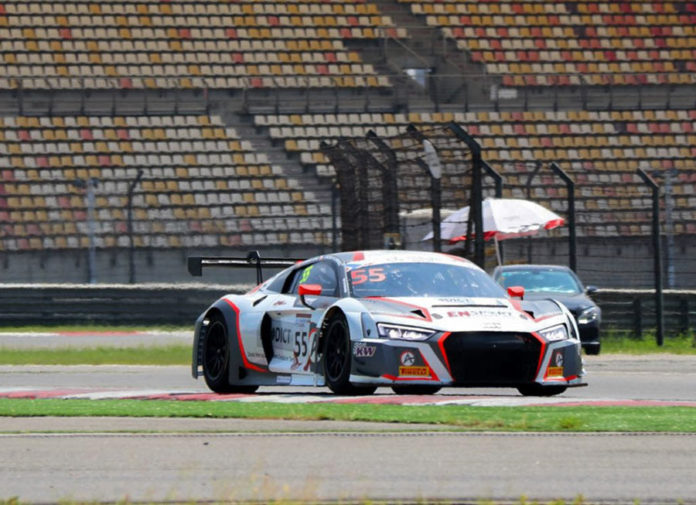 The journey of the #55 Audi R8 LMS has now come to an end in the GT Asia Series / GT Masters Asia. This comes after Vincent Floirendo and Adderly Fong ran their last race together for 2018 last August 11/12. And it was a fitting season finale for EN Sport by Absolute Racing, landing a podium finish at the Shanghai International Circuit (SIC).

Both drivers has driven on the 5.451 km Formula 1 circuit on previous occasions, which gave them some advantage over the 26-car field. Vincent, for instance, was also here in 2014 with a Ferrari 458 Challenge then again in 2016 for the Audi R8 LMS Cup. With his experience on SIC, plus fine tuning done on the car’s setup, the Filipino driver was able to set the 6th fastest time on a very hot Qualifying session on Saturday. 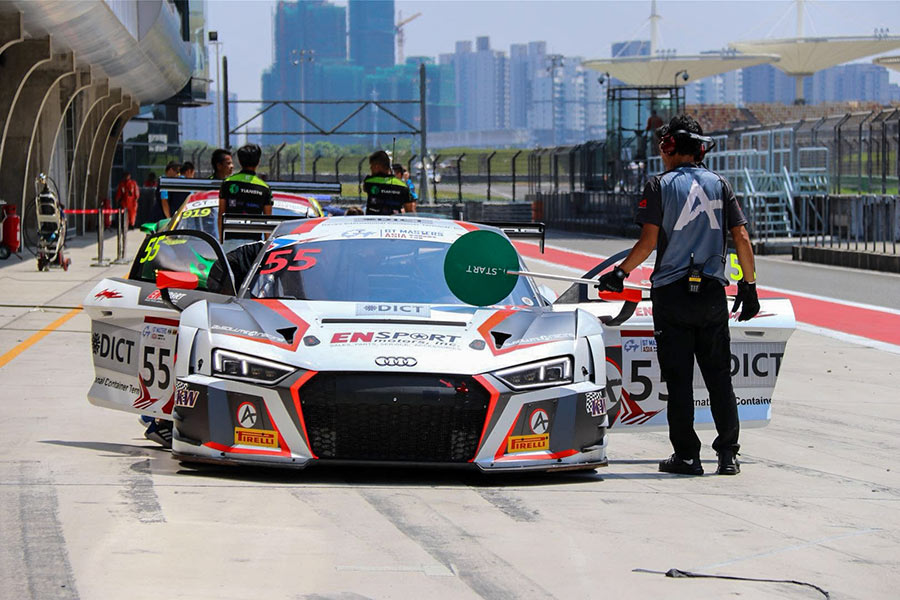 He drove the first stint in Race 1 and maintained position despite running on used tires. Although he lost time in the opening stages, the #55 Audi R8 LMS was able to match the pace of the front runners by lap 7 where he began to reel them in. Adderly then took over at the half-distance mark and rejoined the race still in P6.

The driver from Hong Kong then continued the pursuit this time on brand new slicks. His strong pace allowed him to set the fastest lap of the race and overtake 3 opponents, scoring EN Sport by Absolute a hard-earned 3rd place finish when the chequered flag dropped. 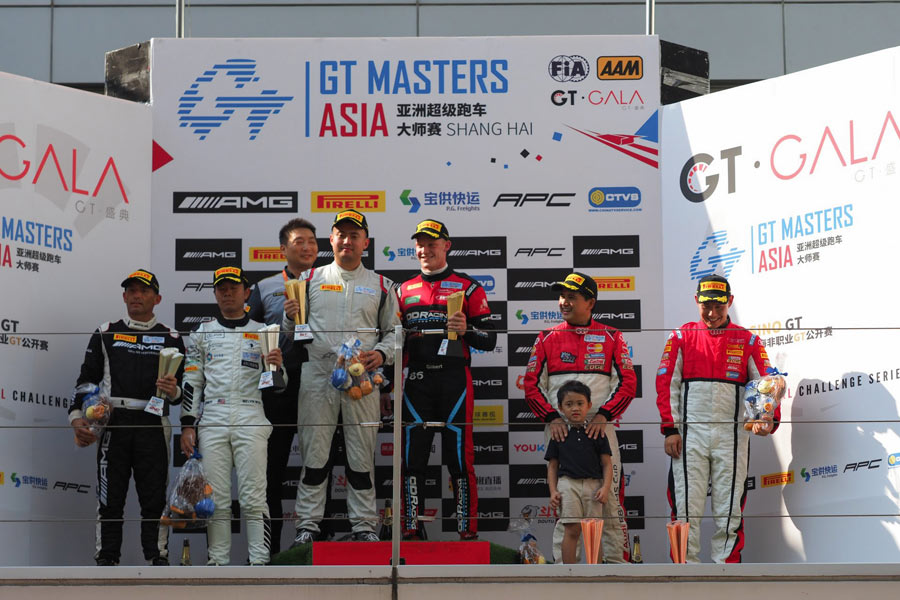 In contrast to the previous day’s clear weather, Vincent had to Qualify on Sunday in the wet. A clear run netted him P4 on the grid and placed them in a good position for Race 2. Sadly, the duo never got the chance to repeat their podium run as the afternoon event was cancelled due to a typhoon.

This puts Vincent and Adderly’s season to a close after 4 solid rounds in 2018. They first shared #55 Audi R8 LMS at the Sepang International Circuit in April where they kicked things off with a podium. It would have been two 4th places in Thailand if it weren’t for a penalty, before scoring another 4th in a difficult race at Ningbo.

Adderly is now scheduled to race at the inaugural Suzuka 10 Hours this August 24/26 in another Absolute Racing-prepped Audi R8 LMS. Meanwhile, Vincent shared that he has plans to enter the Audi R8 LMS Cup’s last 2 events this October and November. 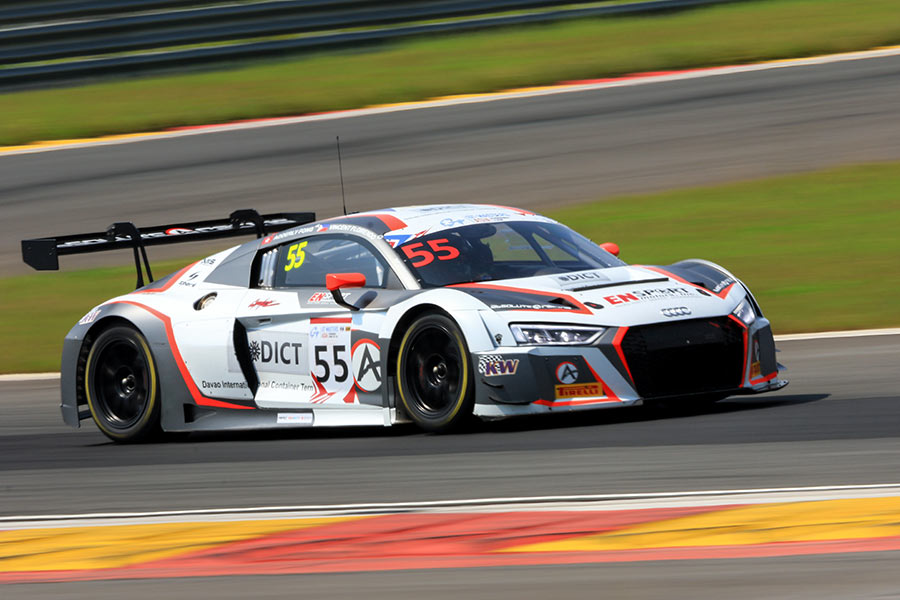 Vincent Floirendo: “Adderly performed very good as always and set the fastest lap at Shanghai. We were looking forward to race 2, but it rained hard and the organizers called it off. I think we would have been on the podium again. Anything can happen on a wet race and the Audi handles really well on those conditions. But overall, I’m just glad to be back on the podium on the last race of the season and I’d like to thank Absolute Racing, Adderly and everyone in the team for the experience.”

Adderly Fong: “It’s always nice to be back in Shanghai. We arrived at a track both drivers had driven on before so we quickly got to work. Vincent felt comfortable in the car and was driving quite well. He improved every session up until qualifying where he secured 6th position. In the race, he did another flawless stint and handed the car to me in 6th. With a good pit stop and strategy, we were able to secure 3rd with the fastest lap of the race. It was a shame that race 2 was cancelled. Vincent had secured 4th in the 2nd qualifying through difficult conditions. I’m sure we would’ve been able to make more places than we did in race 1, since the Audi R8 LMS is one of the cars to have in difficult conditions.”