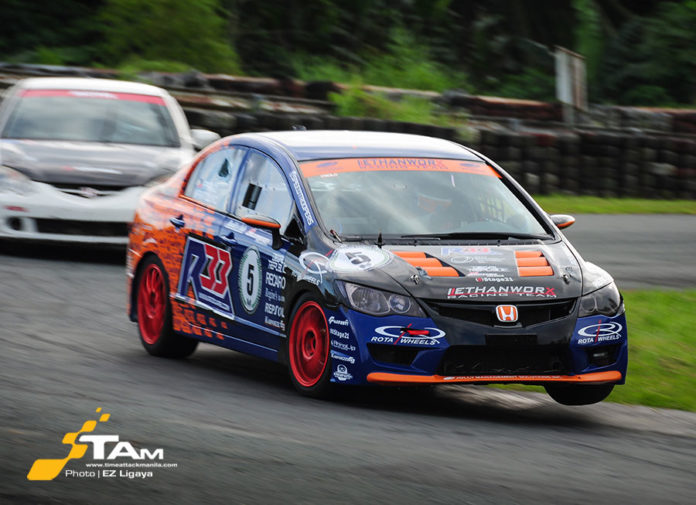 With 5 out of the 6 rounds now completed, it’s actually a miracle that there are still more than a dozen cars competing in the 2014 Yokohama Philippine GT Championship. Because from experience, these racers usually chicken out when they no longer have a shot at the title.

Yes, 13 cars really did show up on the grid for Round 5 of this year’s championship held the Batangas Racing Circuit (BRC) last October 26. And that’s with at least 3 competitors in each class, which included Guillermo ‘Willie’ Torres who finally moved up to GT 300 and GT 100 driver Joginder Sin. 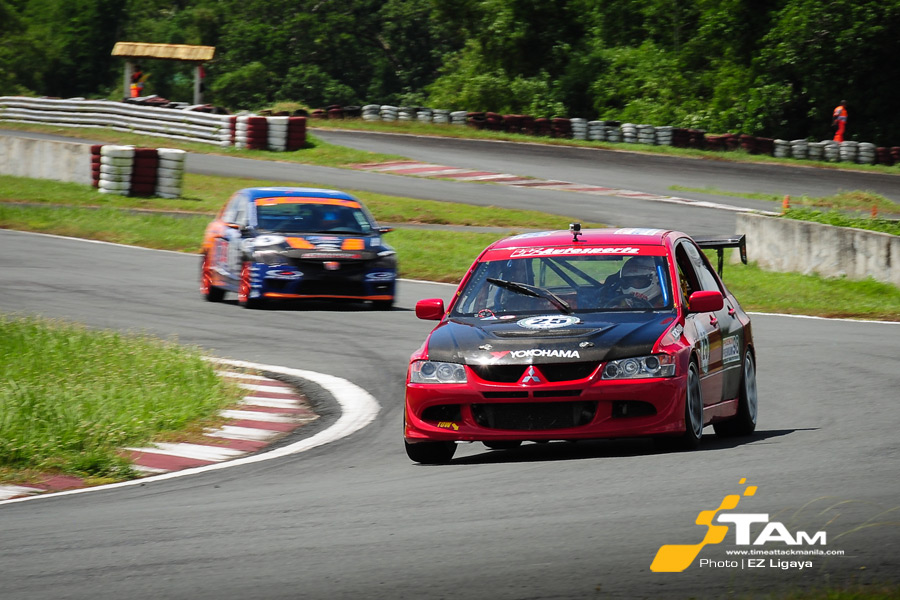 Mathematically, Don Don Portugal already secured the GT 300 title after he pretty much dominated the first 4 rounds of the year. But he’s still here and he’s still winning. As a matter of fact, not only did he claim pole position in Qualifying, but also won both the 10-lap Sprint Race and 17-lap GT Race of the weekend. 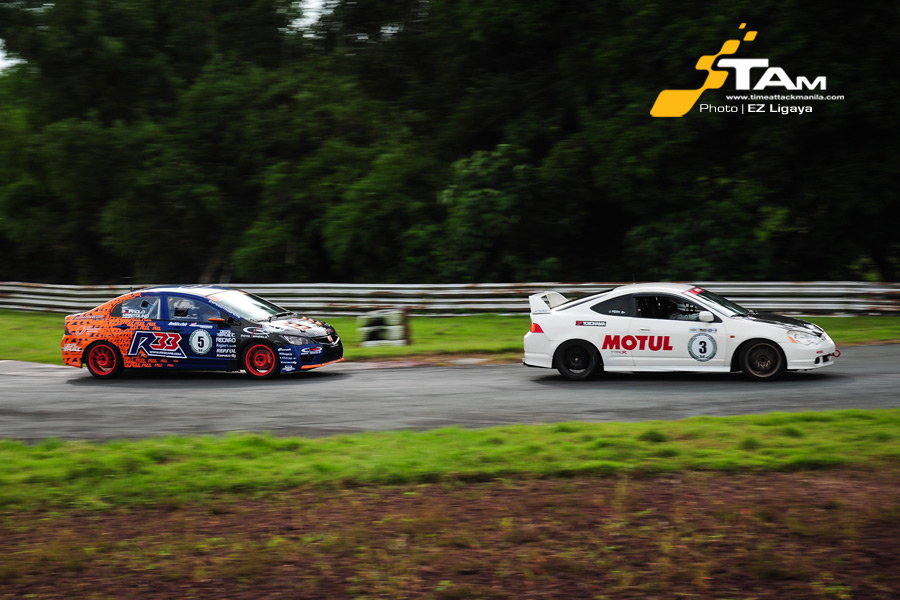 As for GT 200, Joey Pery and Ethanworx R33’s Paolo Mantolino were locked in an epic battle all weekend. Although Pery technically won the Sprint Race, he was later penalized for a race incident dropping him down to 2nd. This allowed Mantolino to walk away with two 1st place finishes and a 42 point lead in the championship.

The true champions of the weekend, however, were Richmon Dela Rosa and and Edwin Rodriguez. 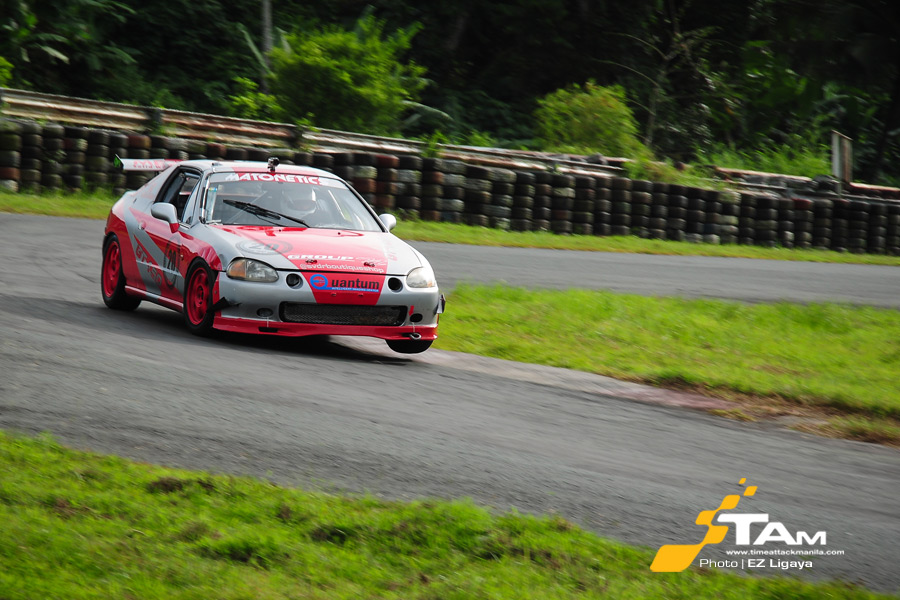 Dela Rosa didn’t have the best of starts this season. His GT 150 Honda Civic was completely destroyed in a crash on only the first round last May. But he came back stronger with a new Honda Civic Del Sol. And since then, he’s been consistently winning races, earning more than enough points to secure him the GT 150 title with one race to spare.

Meanwhile, Edwin Rodriguez had one of the worst race weekends this year when his once-bulletproof Mazda 2 suffered electrical problems in both races. He failed to finish in the Sprint Race and limped all the way to the chequered flag in the GT Race. Although this wasn’t the best way to win the championship, he now has enough points to win in GT 100. 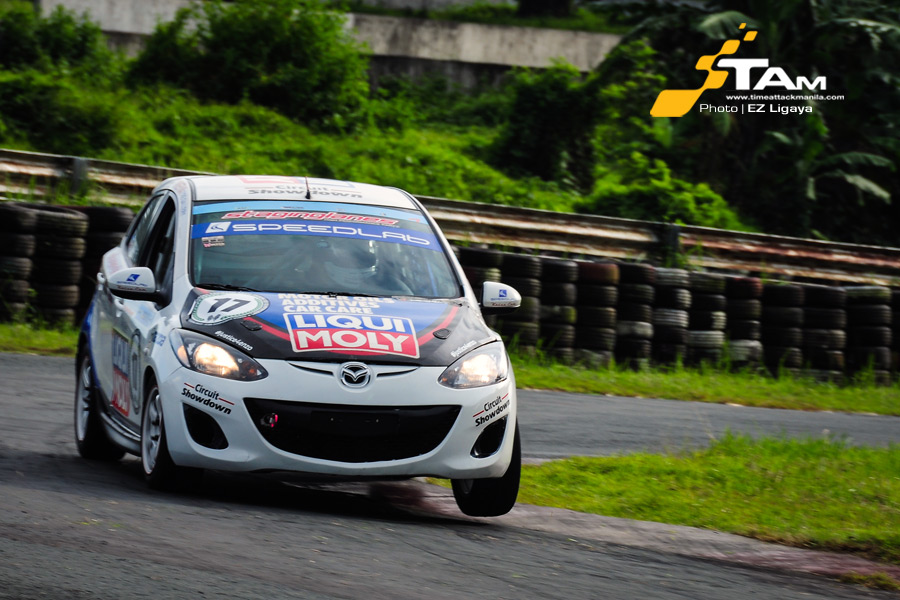 The 2014 Yokohama Philippine GT Championship returns to the Batangas Racing Circuit (BRC) for the 6th and final round on December 14.