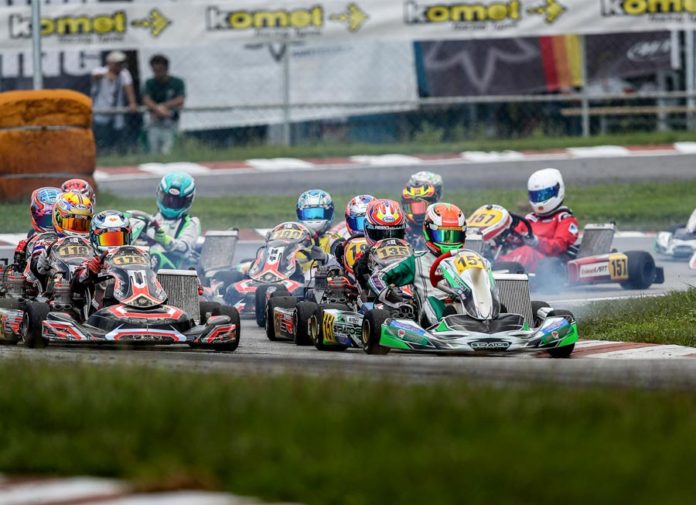 IAME’s race calendar in Asia finally came to a close with the completion of its IAME Asia Final 2019 at the Morac Adventure Park in Langkawi, Malaysia. Held last November 16/17, it attracted some of the best karters in Asia and Europe as the winners in each category would earn an invite to the 10th edition of the IAME International Final in Le Mans.

All in all, 69 competitors from 16 different countries battled over 2 days of racing (which even included past world champions) for the pinnacle global event of IAME. 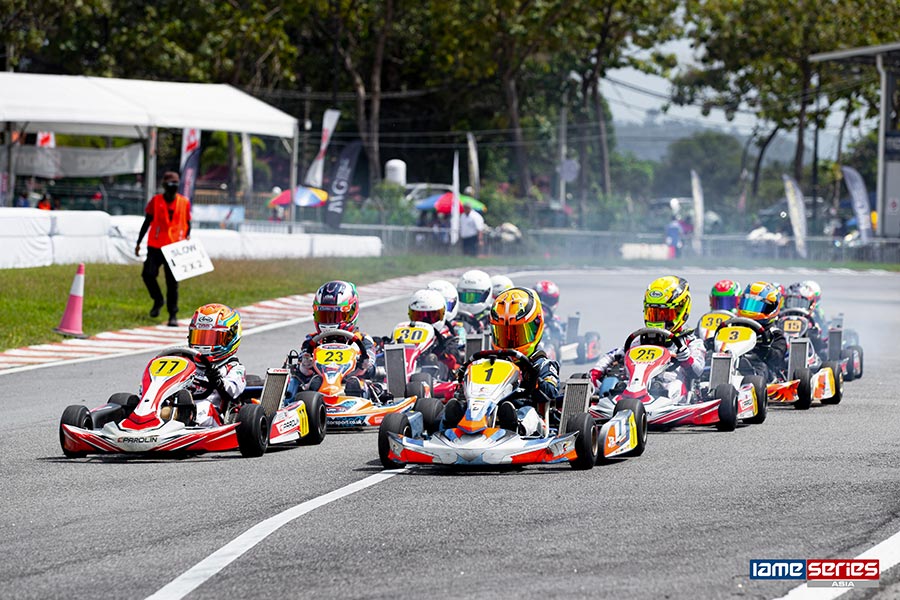 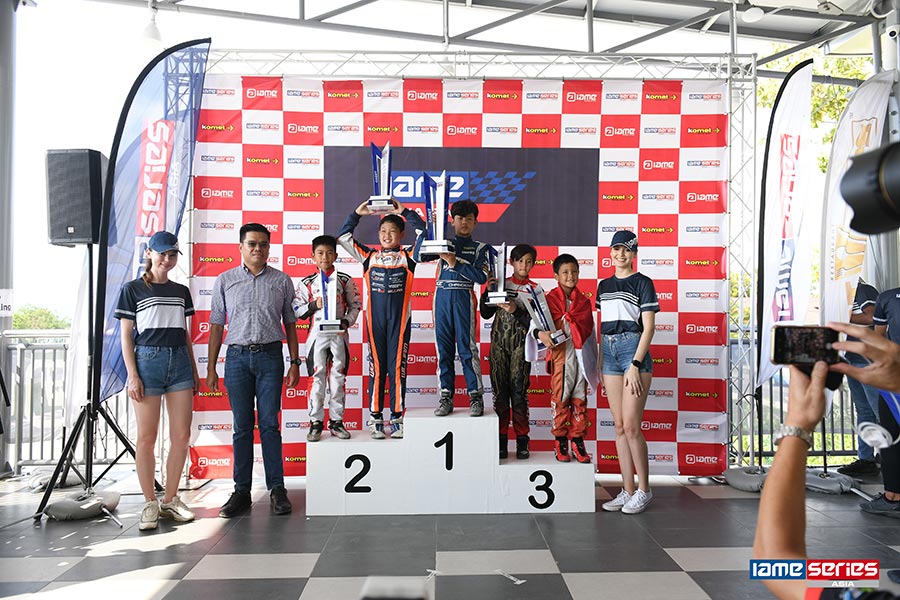 Veerathacha of Maxima Motorsports would exhibit impressive race craft in the Finals. The Thai karter waited for the perfect opportunity to make his move on Go and Mikhalov and take the lead, which he held until the chequered flag dropped. Meanwhile, Go and his fellow Filipino countryman Seb Kawpeng managed to hold onto 2nd and 3rd spots, respectively and land on the podium. 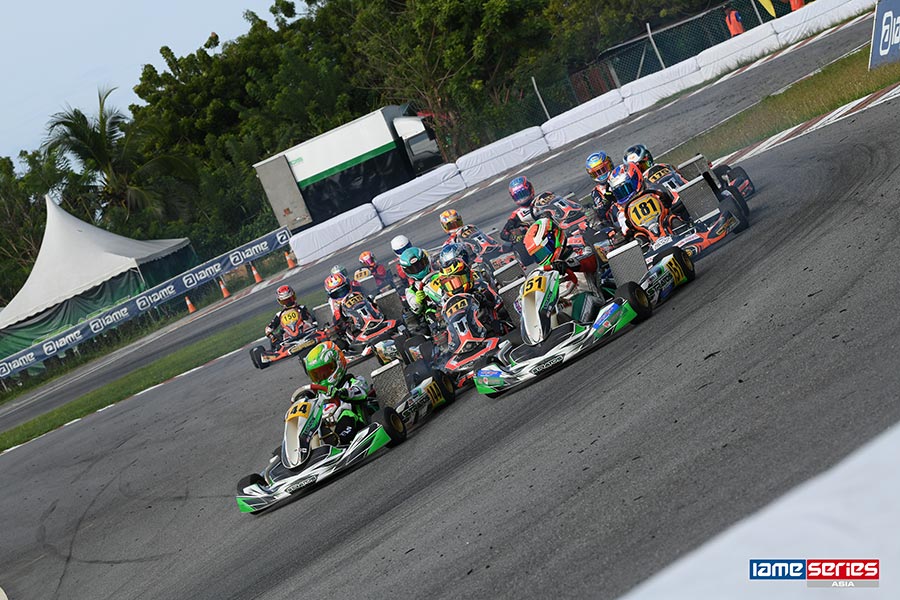 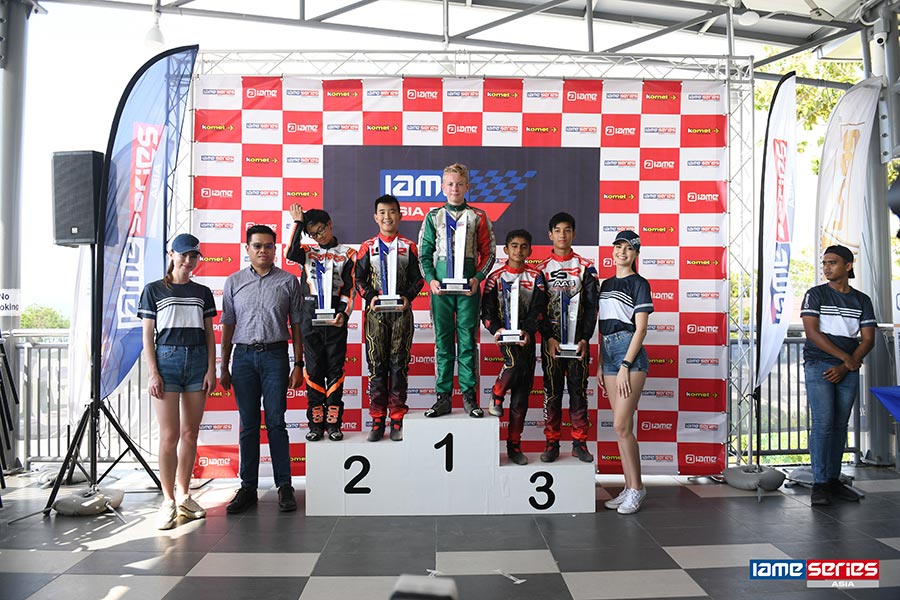 Junior Category
Racing in the IAME Asia Final for the very first time, Aaron Walker of Stratos G51 stamped his authority in every race over the weekend. Walker won both Heats 1 and 2 on Saturday, then again in the Pre-Finals. Anderson Ke of I.S Racing gave his best to get within 0.294 secs in the Finals, but was unable to prevent the Britton from taking the top step on the podium.

This left Ke to claim 2nd place, while teammate Akshay Bohra from Singapore was 3rd. 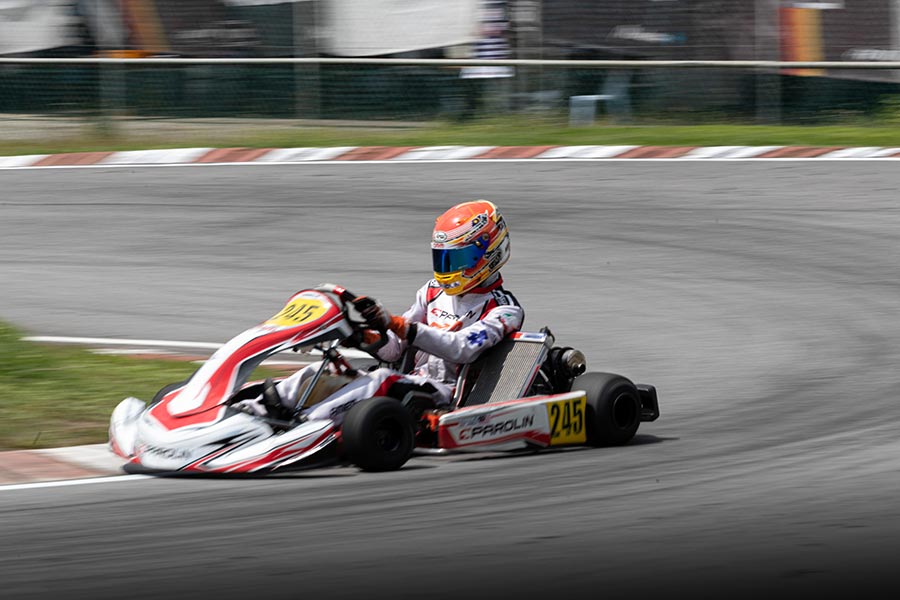 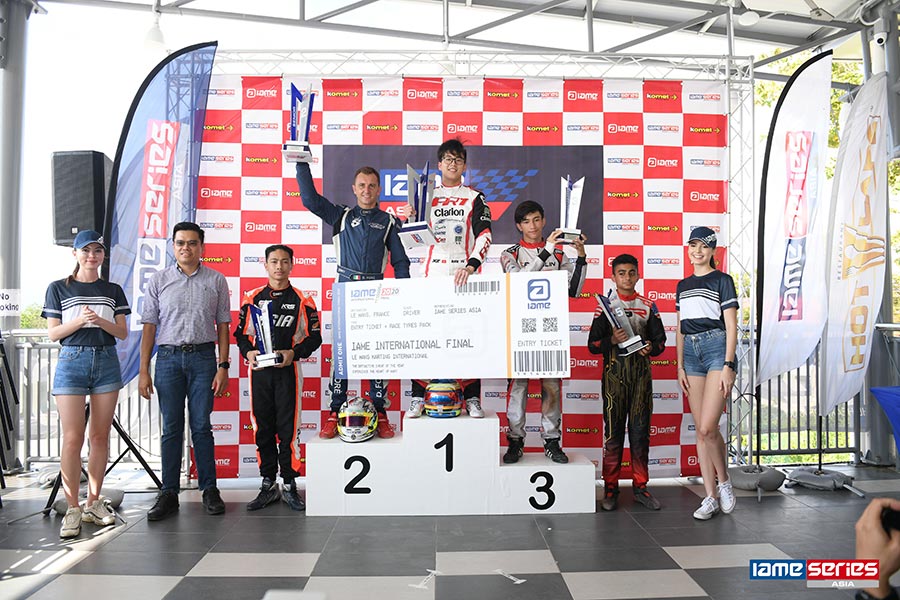 Senior Category
With a strong 26-kart grid, the Senior Category was the most hotly-contested division in the IAME Asia Final, which included world class karters Davide Fore of Italy and Hannes Janker of Germany.

Both very accomplished in their own right in Europe, Janker and Fore locked out the top 2 spots in both Heats as well as the Pre-Finals. And based on their outright performance, the 2 were looking to win the Finals with ease. But alas, there were 2 Asian drivers who able to end their dominance where it mattered the most.

Dick Yu of PR1 Racing Team drove flawlessly in the grueling 20-lap Finals. The karter from Hong Kong enjoyed a lights-to-flag victory as he kept his composure under heavy fire from ex-world champion Fore to cross the finish line 2.432 secs ahead of the Italian. Amer Harris Jefry of DRM Racing Team was also able to make his move and land a solid 3rd place. 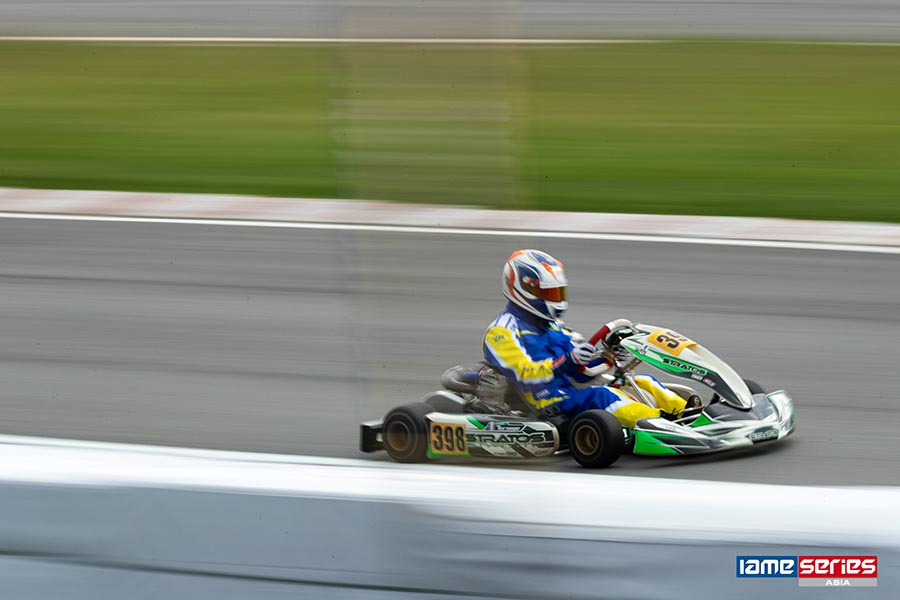 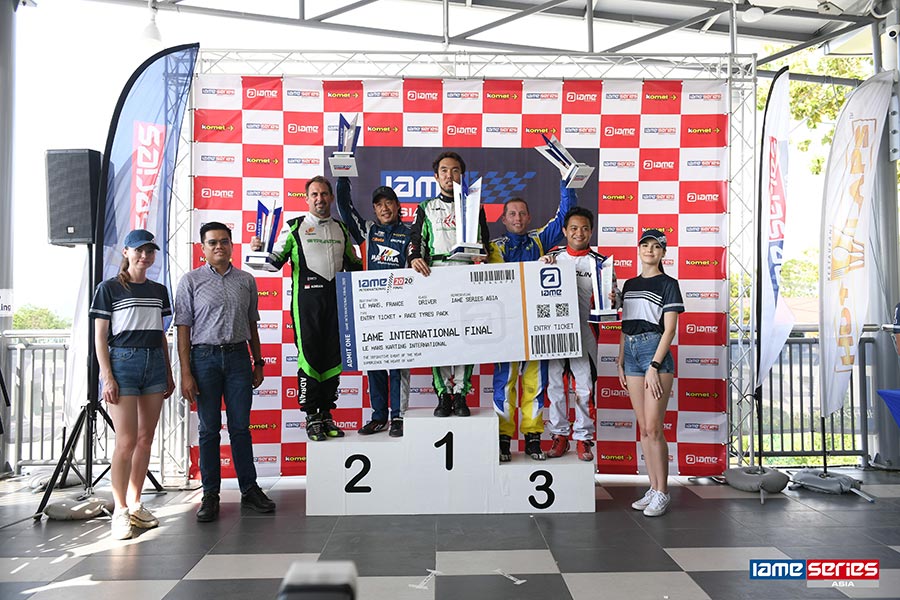 Master Category
Takeharu Nakamori of AutoInc Racing and Yongboon Tirachaimongkol of Maxima Motorsports were the 2 fastest entries in the Master Category with each taking a win in the Heats. As expected, the battle for the lead in the Finals was again a duel between the 2.

Yoongboon piled on the pressure for much of the race, but the Japanese driver managed to stay ahead. Nakamori proved why he’s a 3rd place finisher at the recent IAME International Final 2019 by taking the chequered flag a mere 0.829 secs ahead of the Thai karter. A further 3.151 secs behind was Mickaël Giradet from France who went on to finish 3rd. 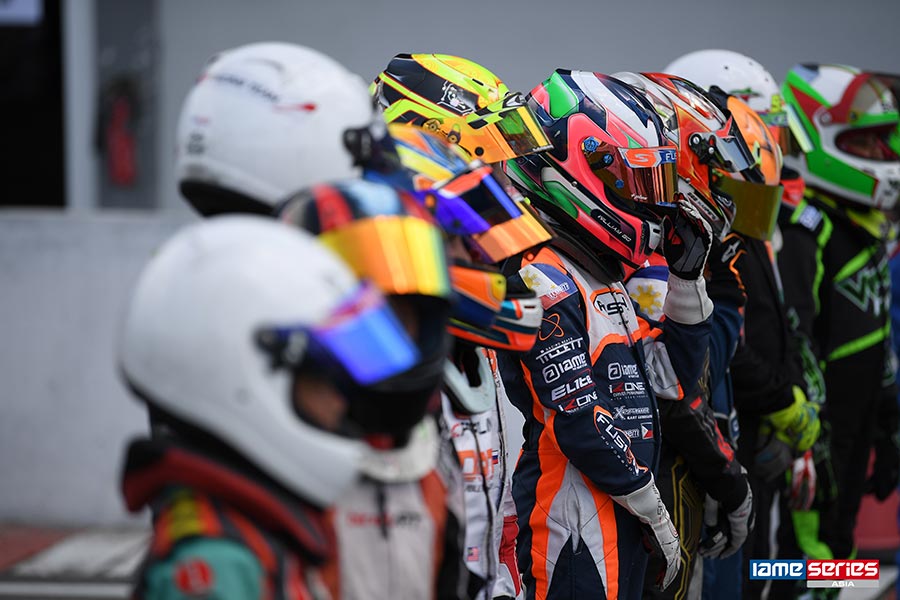 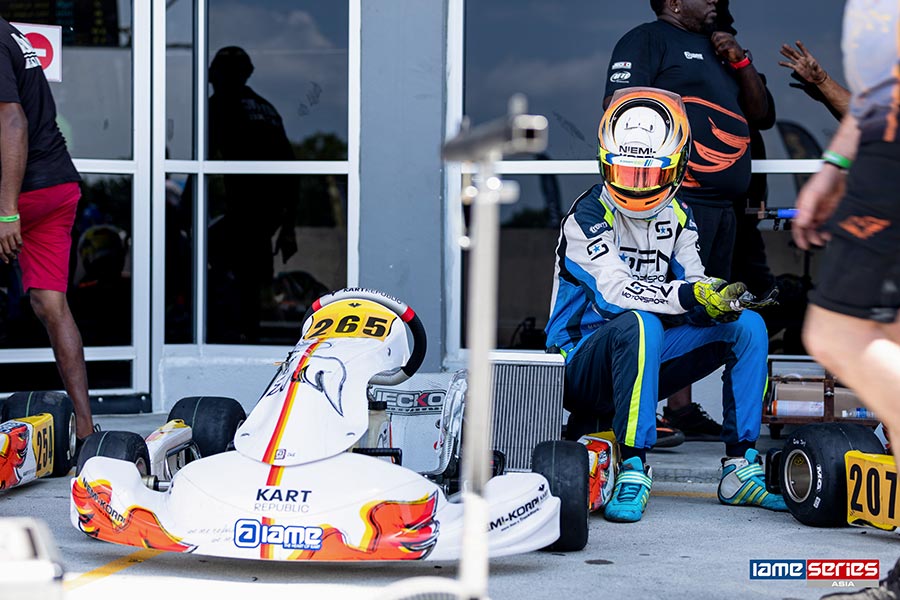 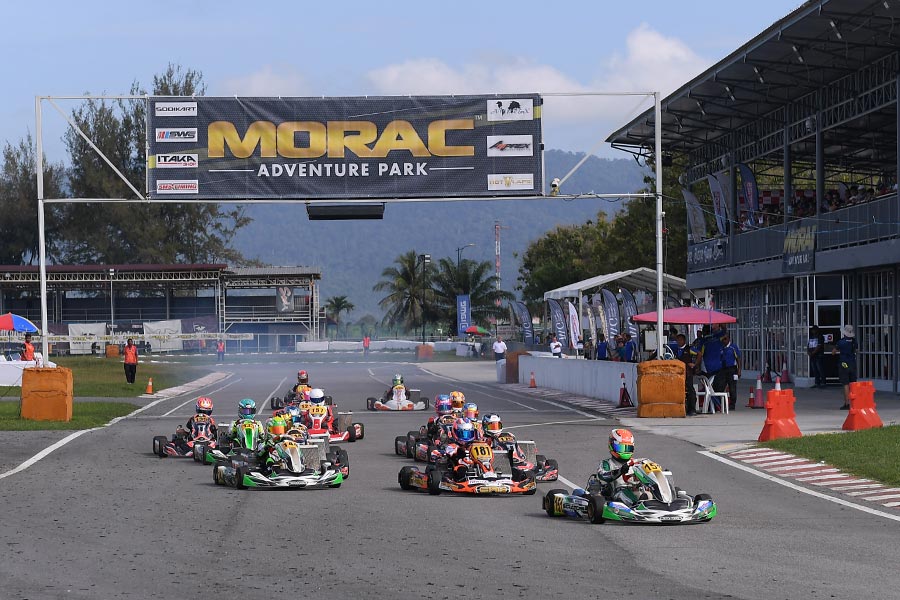 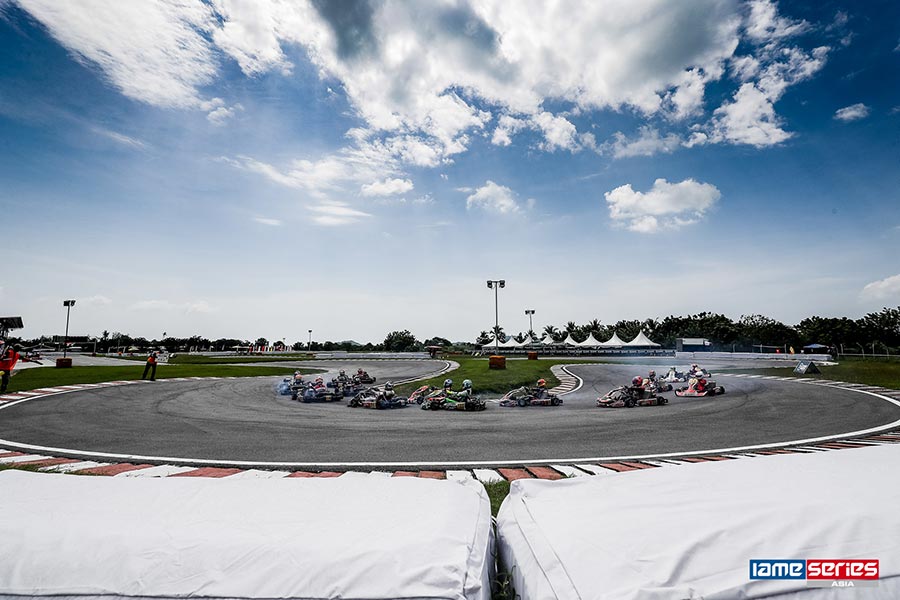