Rounds 2 and 3 of the 2019 IAME Series Asia saw over 80 karters battle it out at Bira Kart for back-to-back races in Thailand. And with track temperatures reaching as high as 60 deg. C, both teams and drivers were put to the test as the championship reached its boiling point.

Overtaking opportunities on the 1.321 km, 15 turn circuit were aplenty over the two race weekends, allowing for competitive wheel-to-wheel action. Top class race craft was also put on display as drivers fought for podium finishes and points. 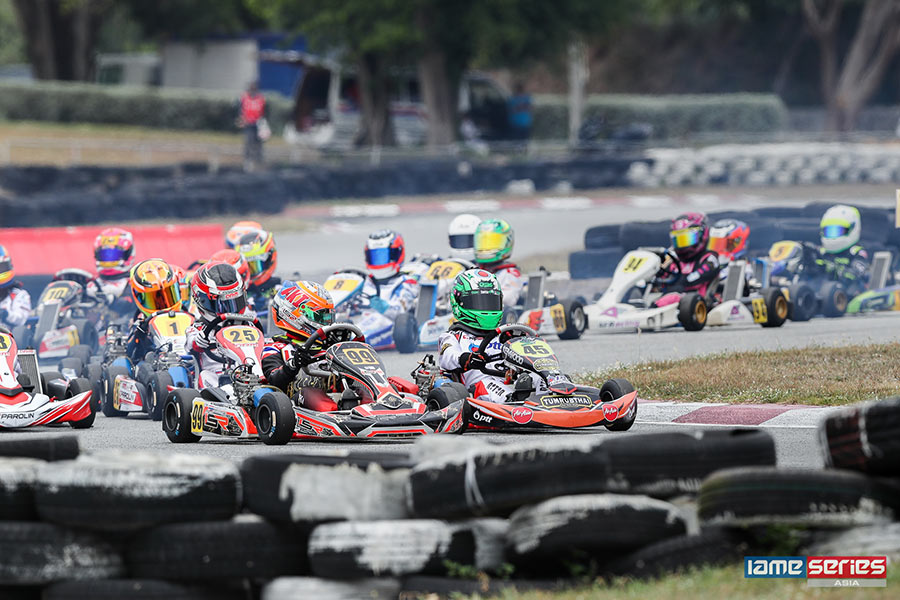 Cadet Category
As always, the Cadet Category had the biggest turnout with 30 eager young karters on the grid. Aki Jitranuwath of I.S Racing scored a sensational home victory last May 11/12, moving up 7 places during the finals. His countryman Rayan Caretti followed close behind across the finish line, while Filipino karter William Go of AutoInc Racing fought hard for 3rd.

Just 2 weeks later, it would be Caretti’s turn to be on the top spot of the podium. The Maxima Motorsports driver won by a commanding 3.477 secs advantage over Travis Teoh of DRM Racing Team in 2nd and Yevan David of Stratos G51 in 3rd.

Go still leads the points standings by 17 points over Caretti and Timofey Mikhaylov from Malaysia. 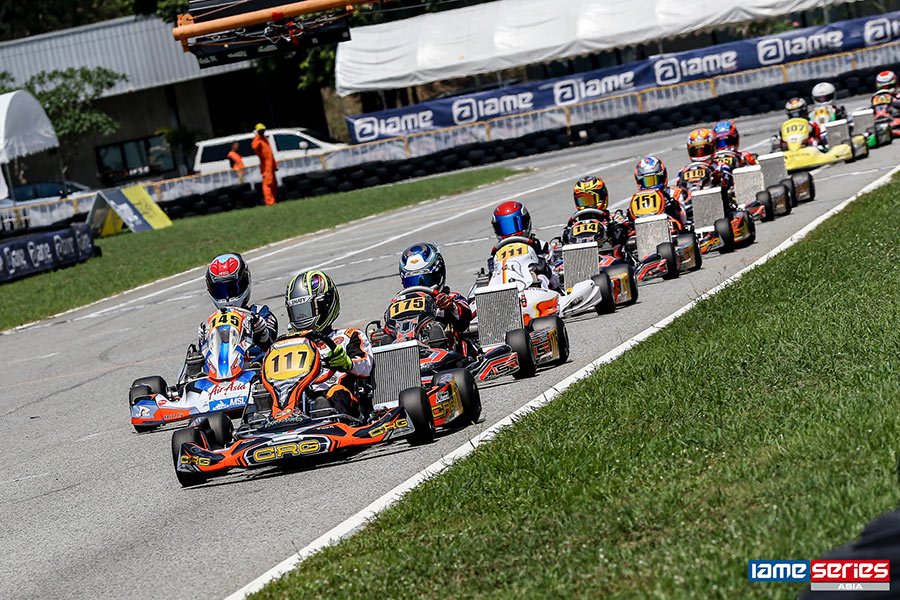 Junior Category
Akshay Bohra in the #175 I.S Racing entry was one of the quickest drivers in the Junior Category and rightfully won in Round 2. His teammate Gerrard Xie came 2nd and Supakit Jenjitranun from Thailand was 3rd. Jenjitranun eventually got his chance to show what he’s capable of in Round 3, winning the finals with a 4.136 secs lead ahead of Putera Adam and Bohra.

Meanwhile, lady karter Bianca Bustamante from the Philippines was amongst the frontrunners in both weekends and came home in 9th and 7th.

Adam hold onto a slim 4 point lead in the championship with Jenjitranun and Xie hot on his heels. 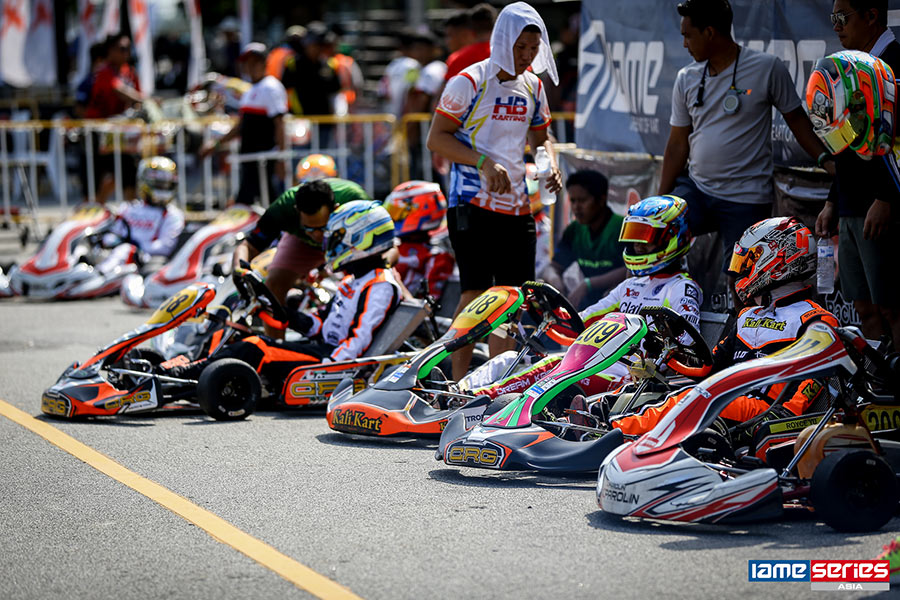 Senior Category
Takeharu Nakamori from Japan got his lucky break in Round 2, overtaking 5 karts to score his first win of the year. It was a similar fairytale ending for Nik Zamir of Malaysia and Prassetyo Hardja of Indonesia who claimed the final steps on the podium.

But in the following event, Senior Category points leader Amer Harris Jefry was back to his winning ways to further extend his lead that now stands at 43 points. Ananthorn Tangnianatchai from Thailand gained 10 places in the finals to take 2nd while Wahyu Norhashim from Singapore was 3rd. 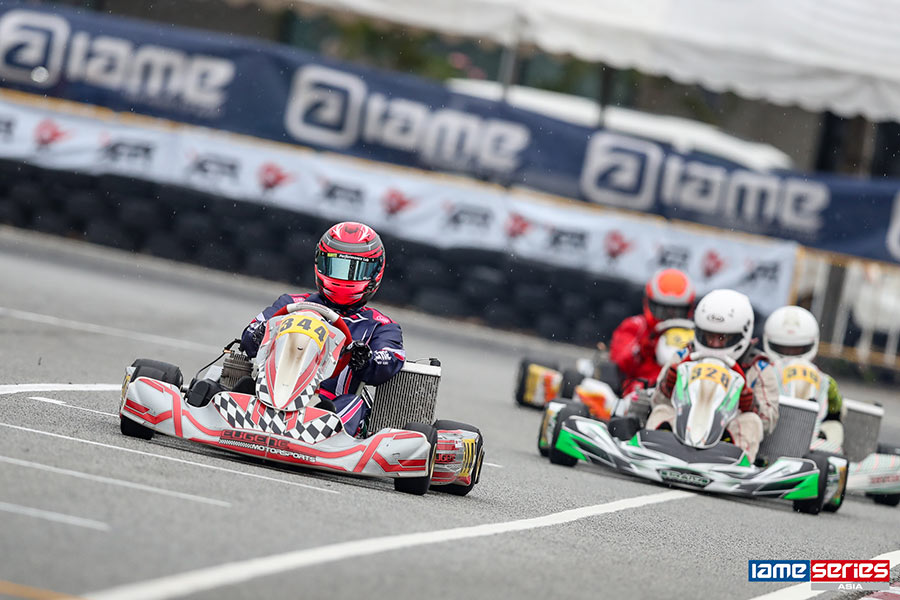 Master / Veteran Category
Stratos G51 karter Mark Domaschenz was practically unchallenged on the first race weekend in Thailand and took the chequered flag 10.466 secs ahead of his rivals. The closest were Pratomporn Rachsingho from Thailand and Kelvin Yong of Singapore who were rewarded with 2nd and 3rd places, respectively.

Yoongboon Tirachaimongkol, however, pulled a surprise in the succeeding event. The veteran driver managed to stay ahead of Domaschenz throughout the 20-lap race to win the race, while AutoInc Racing’s Kelvin Yong was 3rd.

Following successful back-to-back events in Thailand, the IAME Series Asia now has its sights set on the Sepang International Kart Circuit in Malaysia for Round 4 in the 2019 calendar this July 6/7. 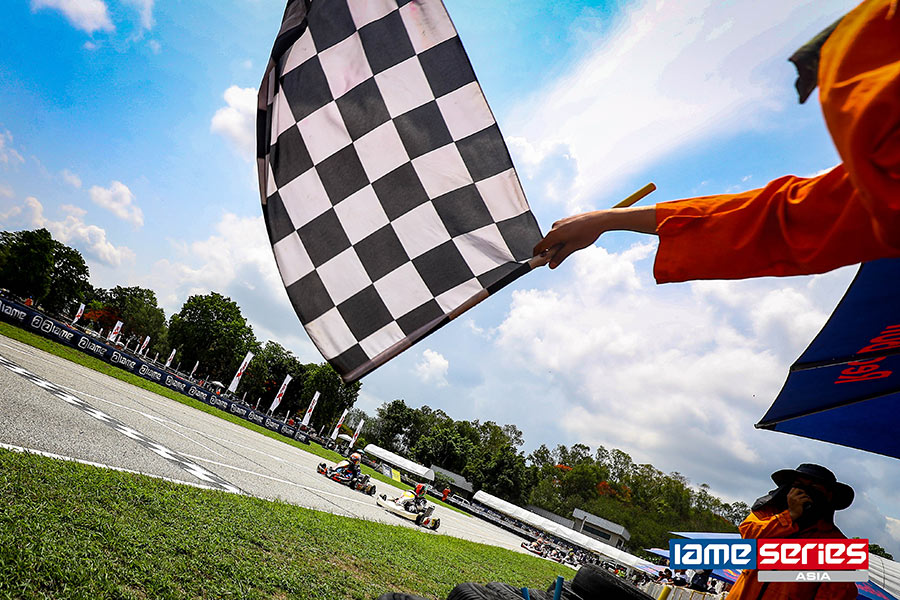 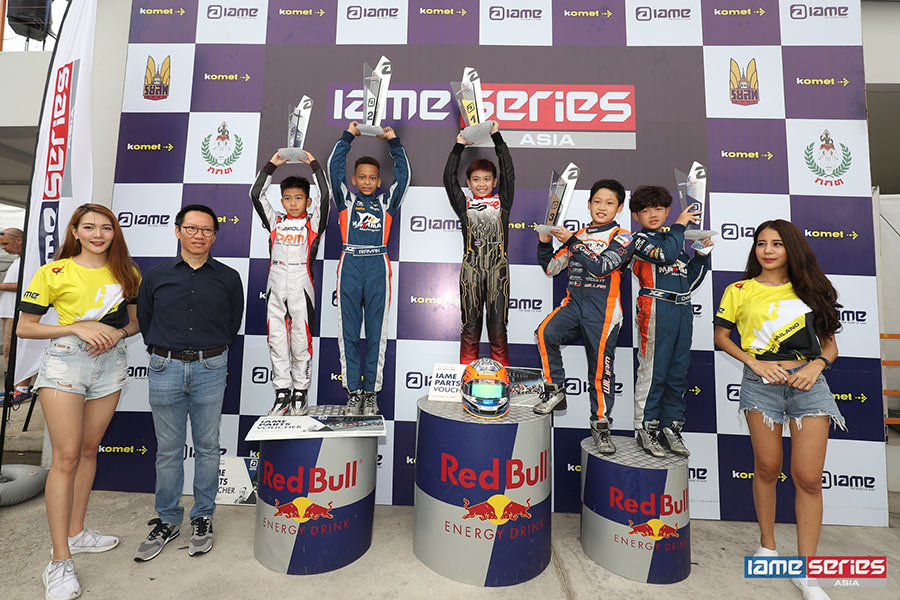 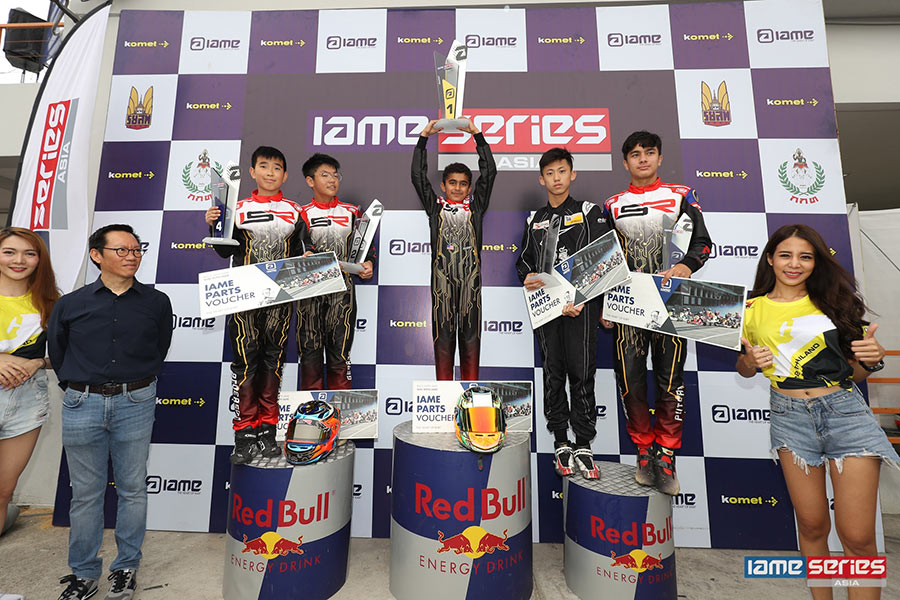 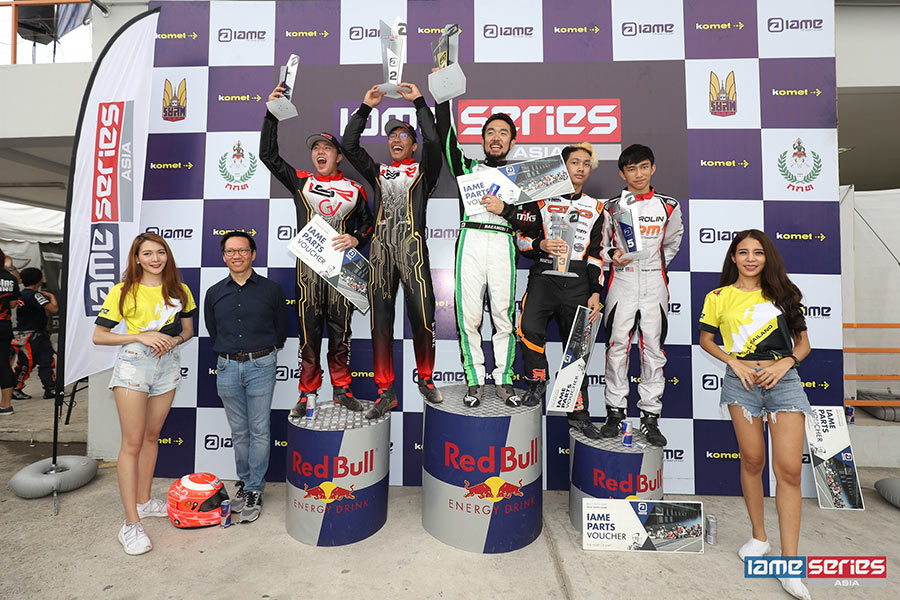 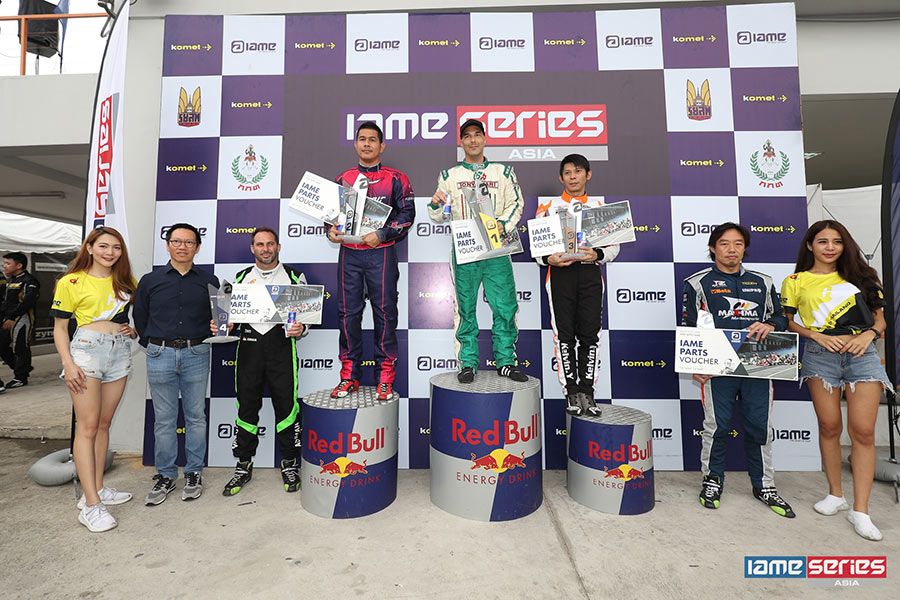