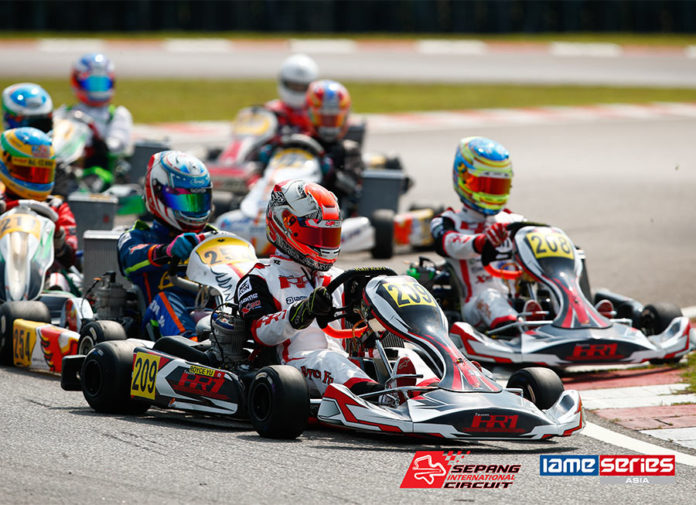 Having been away from the Sepang International Kart Circuit (SIKC) for almost a year, the IAME Series Asia returned to the 1.247 km, 11-turn Hermann Tilke-designed circuit last July 6/7 for Round 4 in the 2019 calendar. It also marked the beginning of their partnership with the Sepang International Circuit (SIC) as the title sponsor for the last 3 rounds of the year all held in Malaysia.

Moreover, this sees the SIC IAME Series Asia run both the SIC Rookies Cup and SIC X30 National Karting Series in conjunction with Rounds 4, 5, and 6.

Typical of SIKC, the weather alternated between searing heat, cloudy skies, and torrential rains throughout the race week. But despite the tricky conditions, both rookies and pro karters took it with stride, allowing for close racing on track. 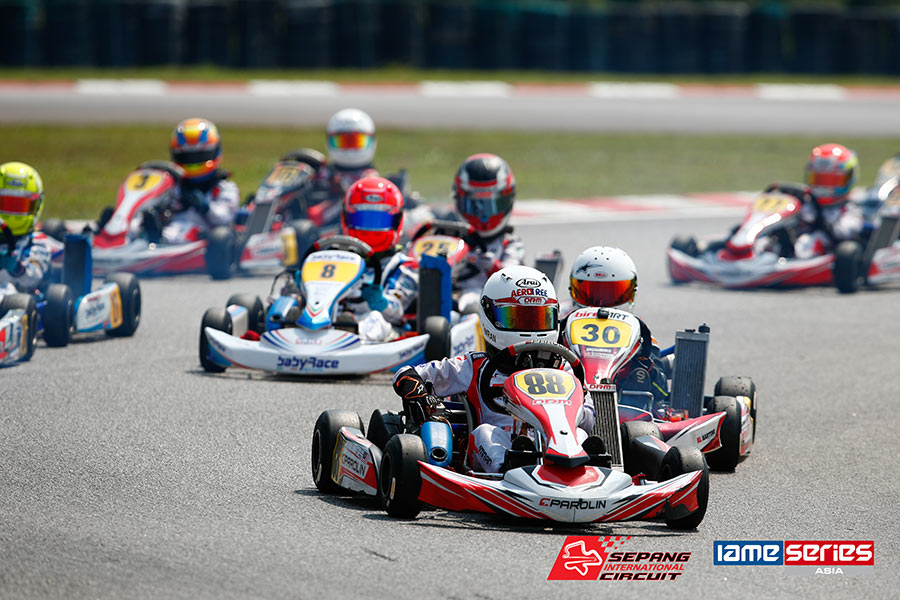 Cadet Category
17 of the youngest karters on the grid fought hard for the top spot in the Cadet Category. Starting from P10 on the grid, Jacob Ethan Lauter of DRM Racing Team won in front of his home crowd by a slim 0.054 secs. His teammate and fellow Malaysian karter Putera Hani Imran finished in a close 2nd, with Kaiwen Wu of AutoInc Racing was 3rd.

After 4 events, William Go from the Philippines slightly extends his points lead with a 5th place finish in Malaysia. Timofey Mikhaylov overtakes Rayan Caretti for 2nd spot in the championship race. 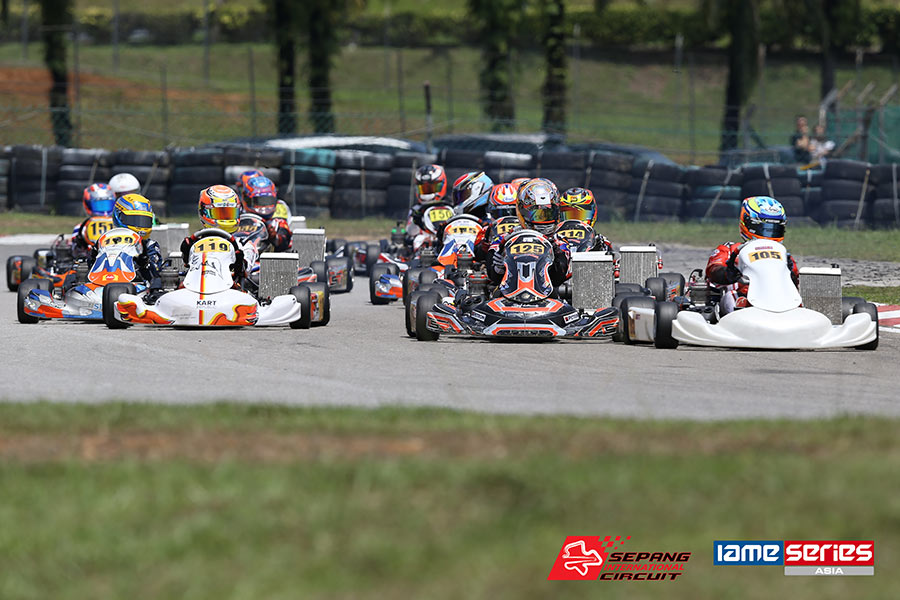 Junior Category
Putera Adam of I.S Racing truly shined in his home race and topped almost every session. He went on to win in the Finals and further extend his championship lead to 28 points. Lady karter Bianca Bustamante from the Philippines also enjoyed a good fight to cross the finish line in 2nd, shooting her up to 3rd in the driver standings. Meanwhile, Adrian Hassan of ASR Motorsport made his second appearance in the series to score an impressive 3rd place. 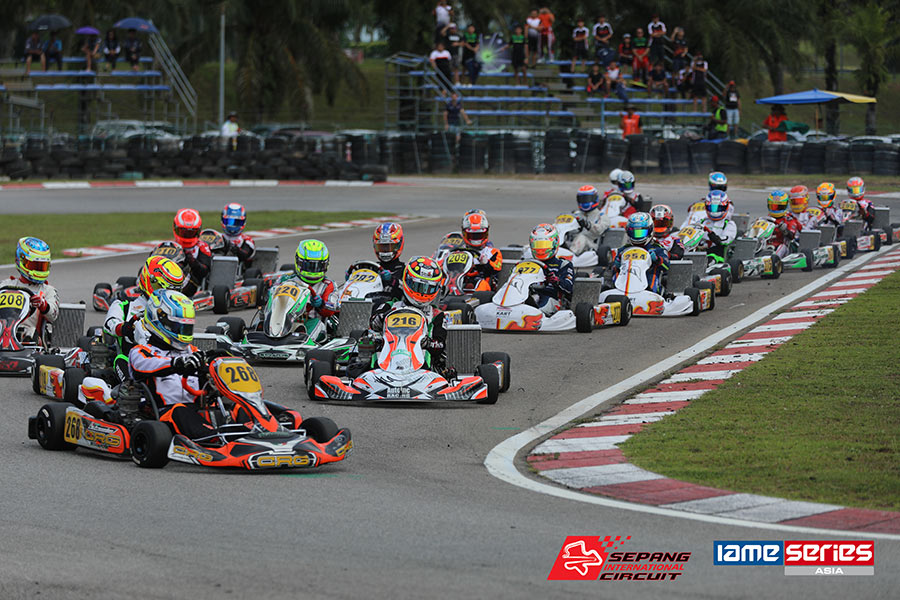 Senior Category
With 22 karters on track, the Senior Category had the biggest turnout of the race weekend. Prassetyo Hardja of Indonesia found his stride early on and was easily the fastest man on track. He took the chequered flag in 1st place, 4.711 secs ahead of his Stratos G51 teammates Akheela Chandra and Rifqi Rakamulya Wardhana in 2nd and 3rd, respectively.

His dominant form allows Hardja to take the points lead away from Amer Harris Jefry with the Malaysian enduring a difficult weekend in Malaysia. 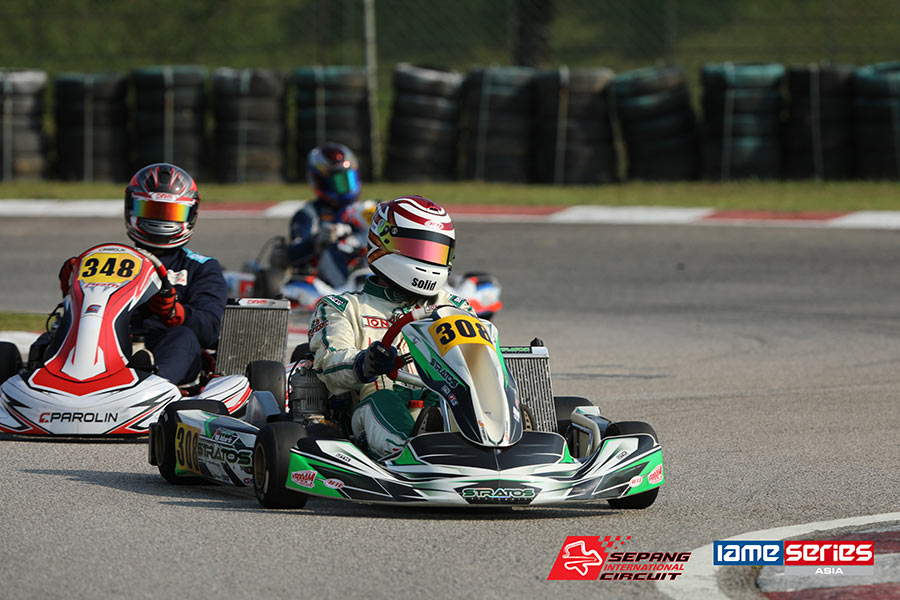 Master / Veteran Category
Mark Domaschenz was again on the top spot of the podium following another impressive performance in the Master Category. The Singaporean driver now leads the championship by 48 points ahead of Veteran karter Yoongboon Tirachaimongkol who finished in 2nd, followed by Adrian Ferguson in 3rd.

With the 2019 SIC IAME Series Asia now past its halfway point, expect the championship fight to heat up when it returns to the Sepang International Kart Circuit for Round 5 on August 3/4. 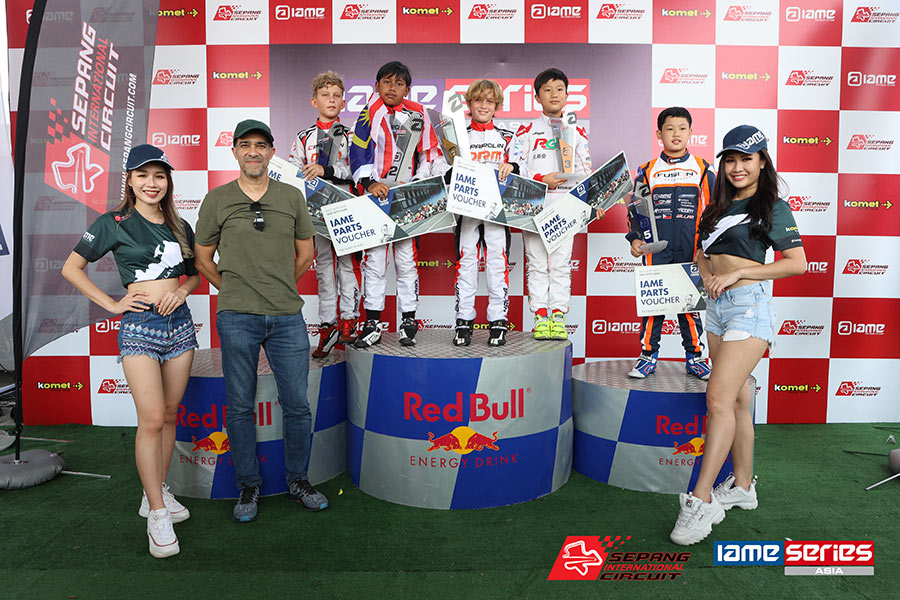 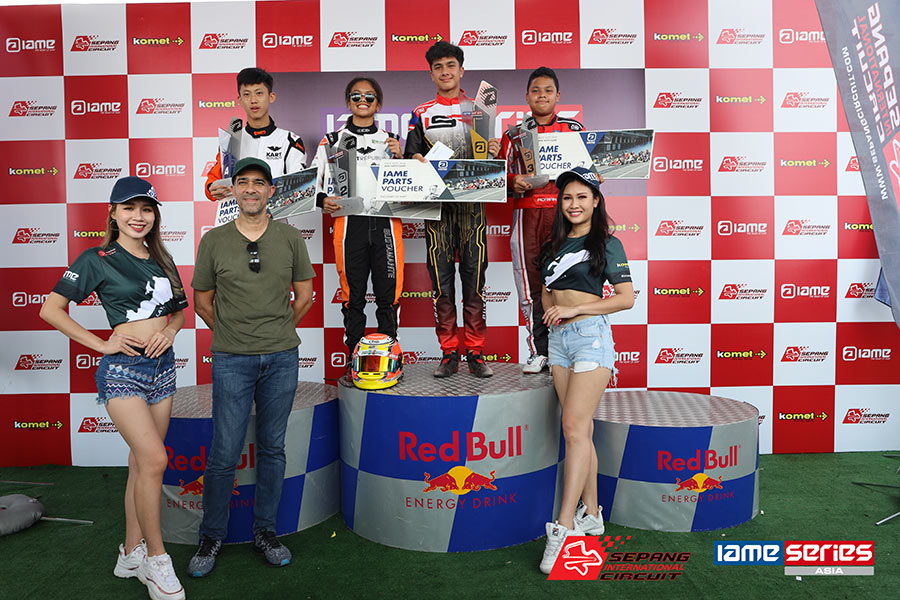 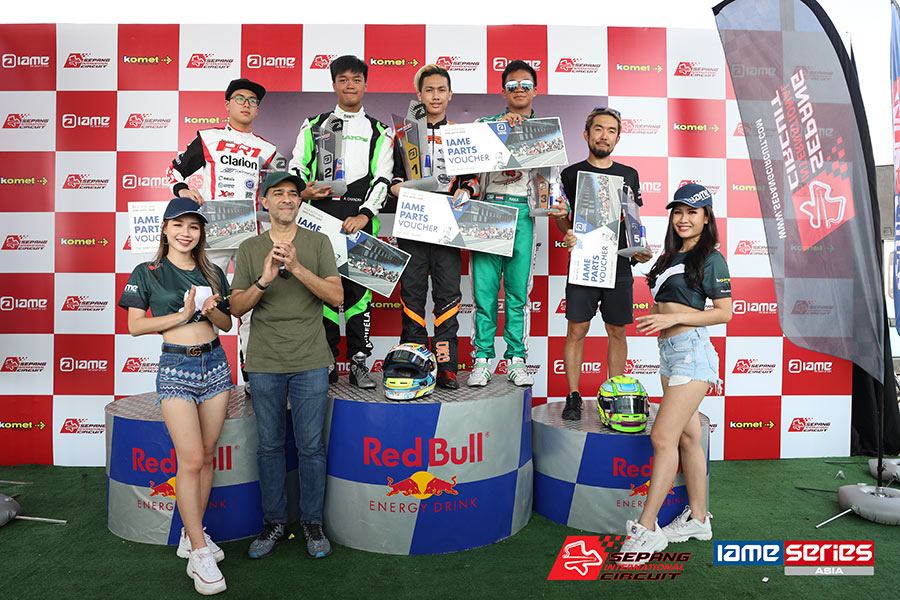 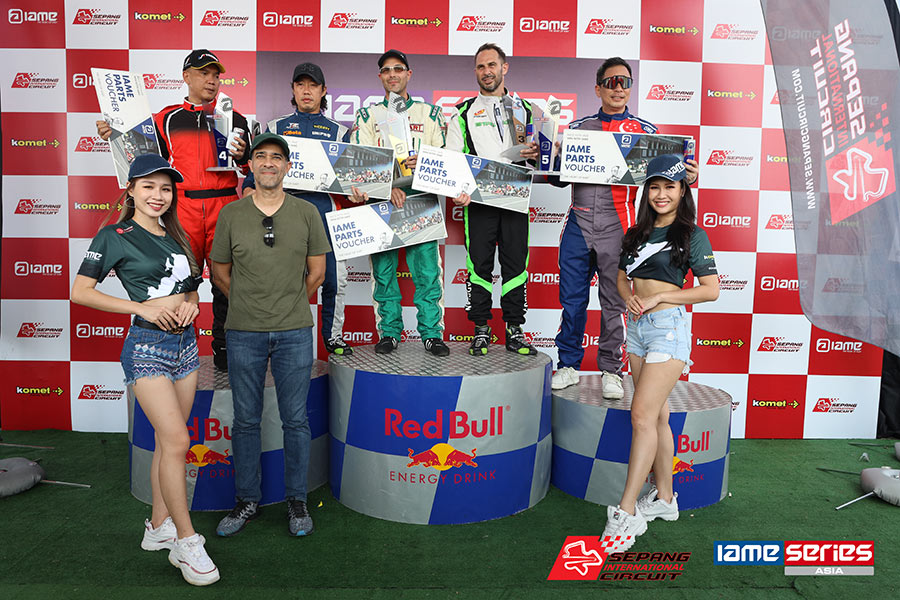 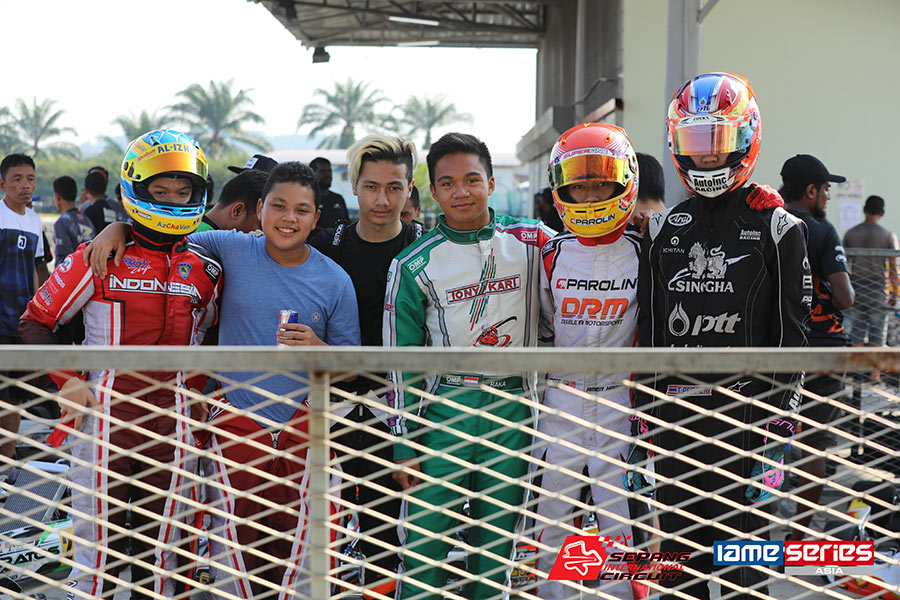 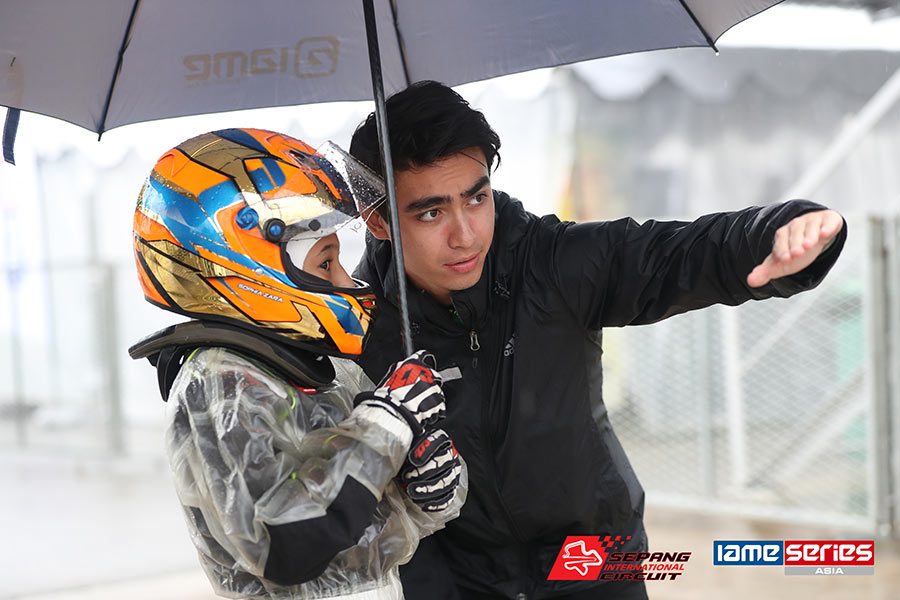