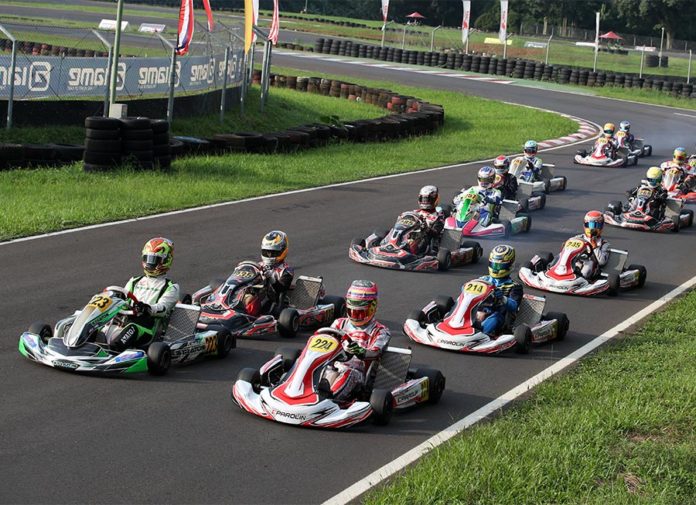 Before the COVID-19 outbreak sent the world into lockdown, IAME Series Asia was fortunate to able to get its 2020 season underway back in February. A total 55 drivers from 9 countries throughout Asia would come together at the newly-upgraded Sentul International Kart Circuit in Indonesia to fight for the new championship.

Unpredictable weather threatened Round 1 with heavy rain showers occurring on almost a daily basis. Fortunately, the skies cleared up in time to allow all races to be run in the dry. 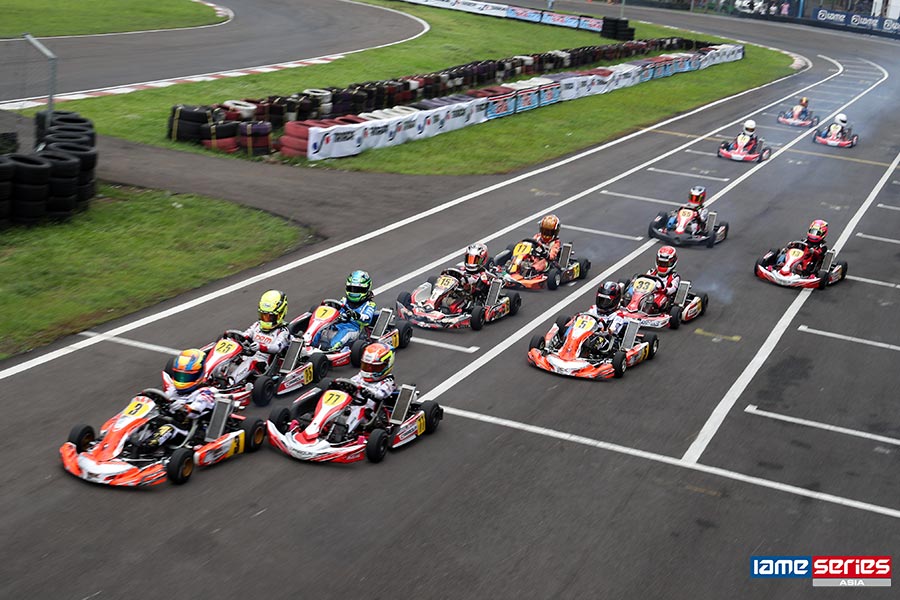 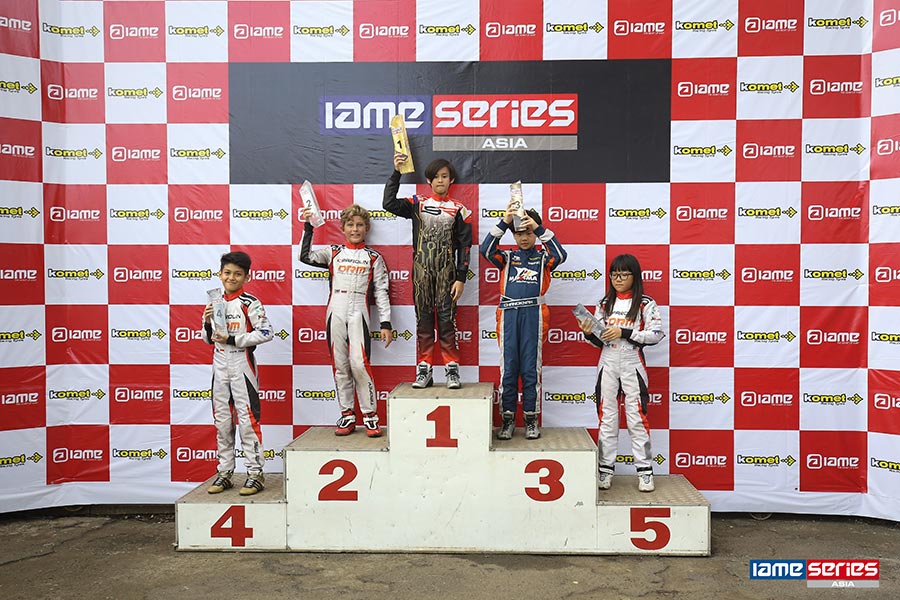 Cadet Category
Qualifying in the Cadet Category saw the usual suspects, Timofey Mikhaylov of DRM Racing Team and Jacob Ethan Lauter of C&C ESI Racing, lock out the front row. They would capitalize on their starting positions to deliver strong performances over the weekend all the way into the Finals.

However, with positions changing at almost every corner, Lauter lost out in a battle with Travis Teoh that saw him go off-course and straight into retirement. Teoh also got into trouble when he tangled with Ishaan Madesh on the last corner of the final lap. This awarded the win to Seb Kawpeng who fended off a strong grid in both the Pre-Finals and Finals with the young Filipino driver taking his maiden IAME Series Asia win.

Mikhaylov was in a close 2nd across the finish line with Chanoknan Veerathacha in 3rd. 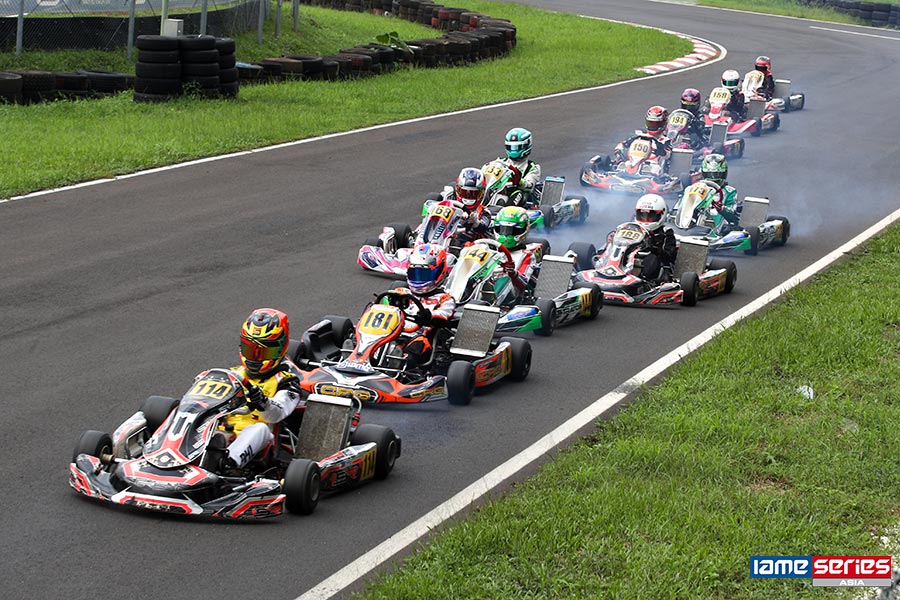 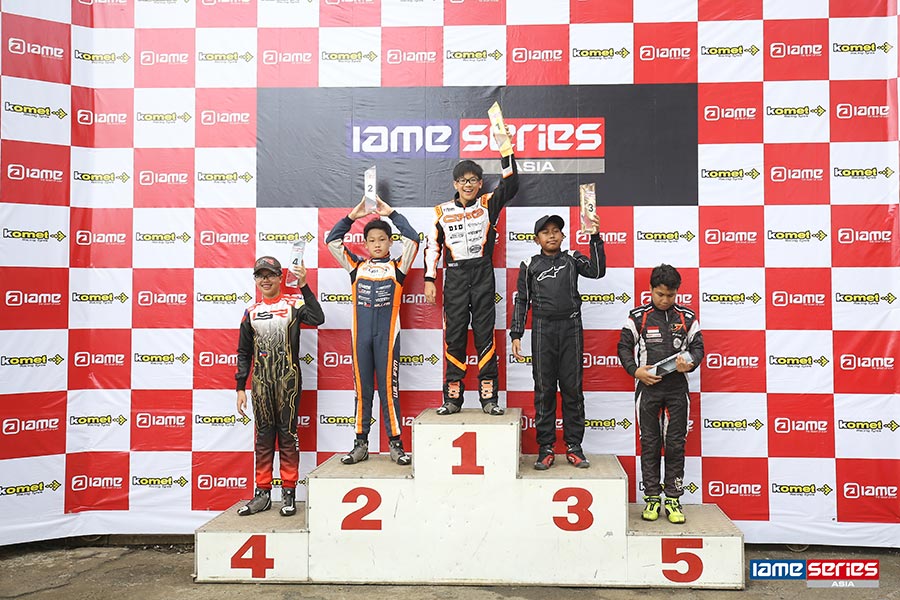 Qualifying saw Filipino driver David of I.S. Racing and Thai driver Asdathorn of CRG Thailand take the Top 2 spots on the grid. David went on to win both Heats, but it was Asdathorn who ultimately scored 1st place finish in the Pre-Final and Final. Just 0.106 secs behind him was Go of AutoInc Racing, while Putera Hani Imran of I.S. Racing was 3rd. 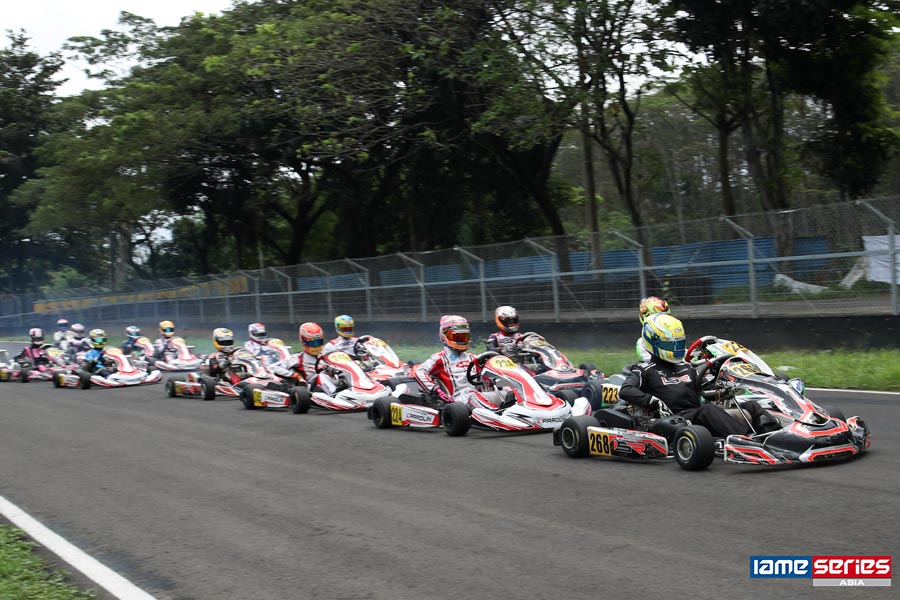 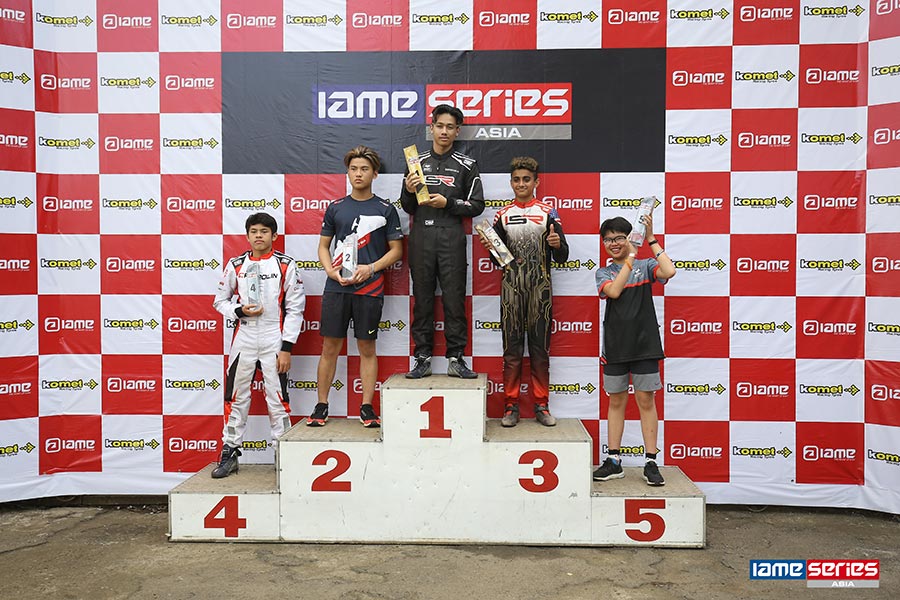 Senior Category
With 17 registered entries, the Senior Category was easily the biggest grid all weekend. Ayato Iwasaki of Stratos Motorsports was the fastest of them all and was on fire at almost every run. The Japanese karter was 2nd and 3rd in the Heats and again came 2nd in the Pre-Finals. But luck was not on his side as he could only muster a 6th place finish in the Finals after a small mistake dropped him out of the lead.

Instead, it was hometown hero Prassetyo Hardja of I.S. Racing who came out on top. The Indonesian lead for most of the 20-lap race despite only managing a P8 starting position in the Heats to win by a commanding 5.044 secs. Singaporeans Alex Huang and Nikhil Bohra followed behind him to take 2nd and 3rd places, respectively. 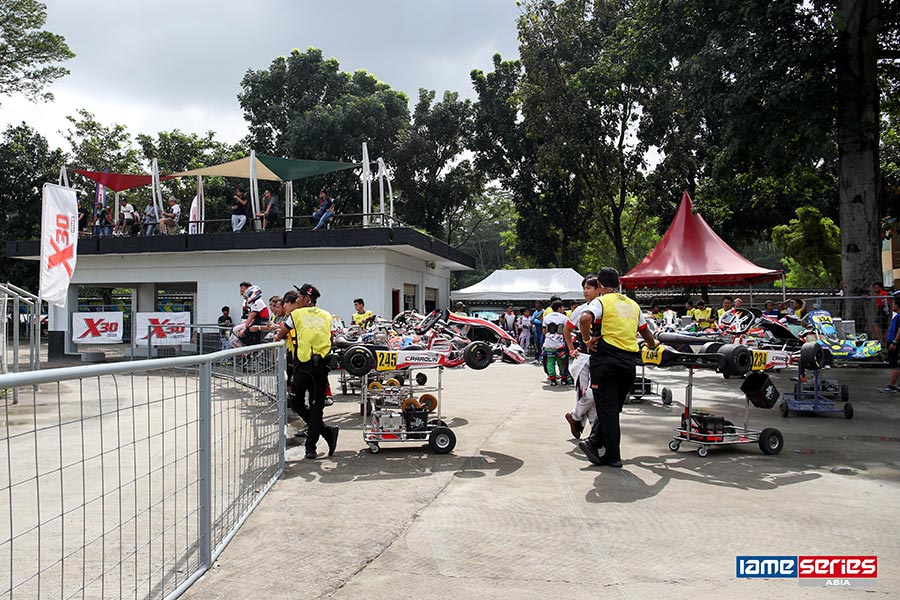 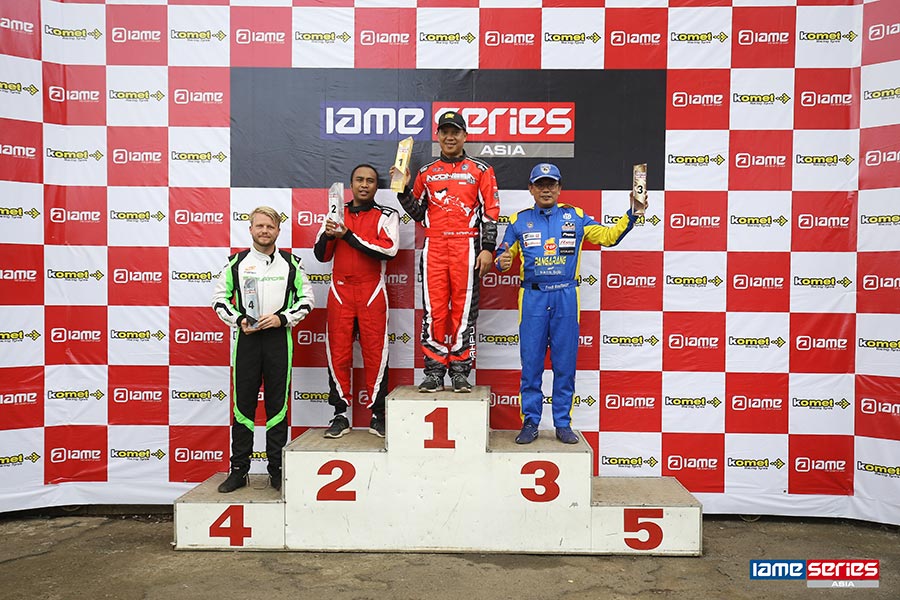 Master Category
Albeit small, the Master Category entries still fought a hard race. Local driver Eris Mahpud suffered a seized engine during Qualifying that dropped him to dead last. Fortunately, he managed to get his #337 kart up and running in time for the Finals.

There he would battle for the lead against C&C ESI Racing teammate and countryman Haridarma Manoppo. Their chase lasted all the way to the chequered flag with Mahpud finishing ahead by 0.188 secs. It was also a welcome surprise to have Fredi Rostiawan in 3rd on his very first outing in the series.

Round 2 of the 2020 IAME Series Asia is scheduled to take place at Bira Circuit in Thailand on the 25th/26th of April. However, it remains to be seen if the race will push through as planned.