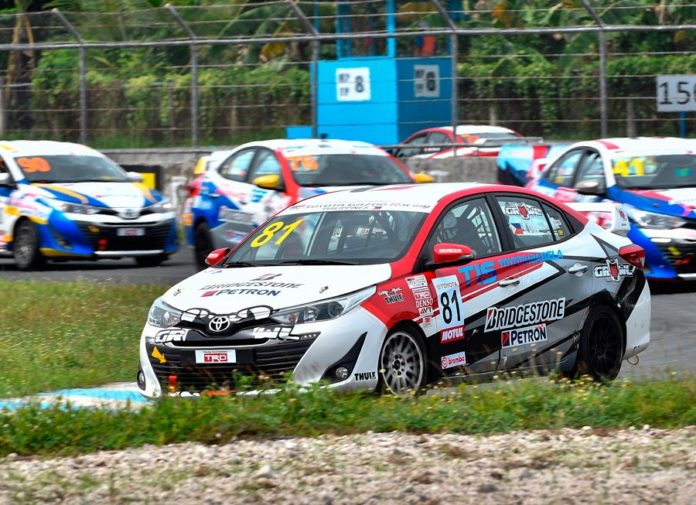 The biggest team in this year’s Vios Circuit Championship has done what they came here to do, securing the Sporting Class title through their driver Red Diwa during the season ender last November 9/10. They also picked up a total of 5 podium finishes over the race weekend, while the pairing of Eggy Ong and Darrel Garbes successfully wrapped up the year 3rd overall in the Team’s Standings.

Sporting Class
Red and Eggy arrived at the Clark International Speedway (CIS) in the championship lead with only 6 points separating the 2. Severely outgunned by Obengers Racing during Qualifying, Red managed to hold onto 3rd place during Race 7 on Friday. His teammate, however, wasn’t so lucky. Eggy struggled for pace and could only manage 6th across the line, which hurt his title hopes as double points were up for grabs during the final event of 2019. 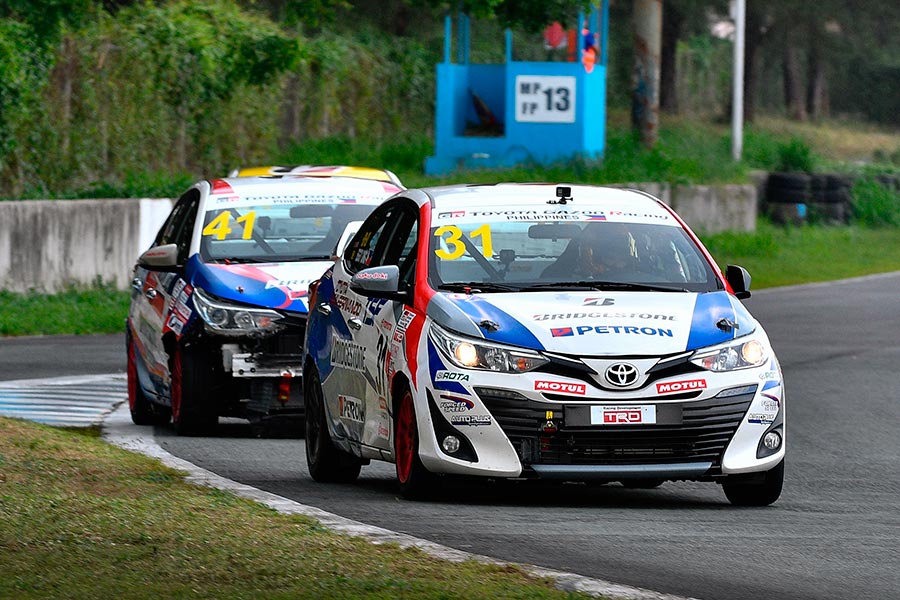 Though neither made it onto the podium on Saturday morning, Eggy’s excellent recovery drive to finish 4th and Red’s 5th was just enough to keep them in the points lead. This paved the way for an epic showdown between the JBT Racing drivers as whoever finishes ahead would take the title.

Both were fortunate to have escaped the opening lap incident that caused a lengthy Safety Car period in Race 8. But as soon as action resumed, so did their chase that went on until the chequered flag dropped. Red’s experience truly shined through on this occasion, allowing him to keep Eggy behind over the course of 12 laps and claim the Sporting Class title for Growl-Tule Racing and Toyota Isabela. 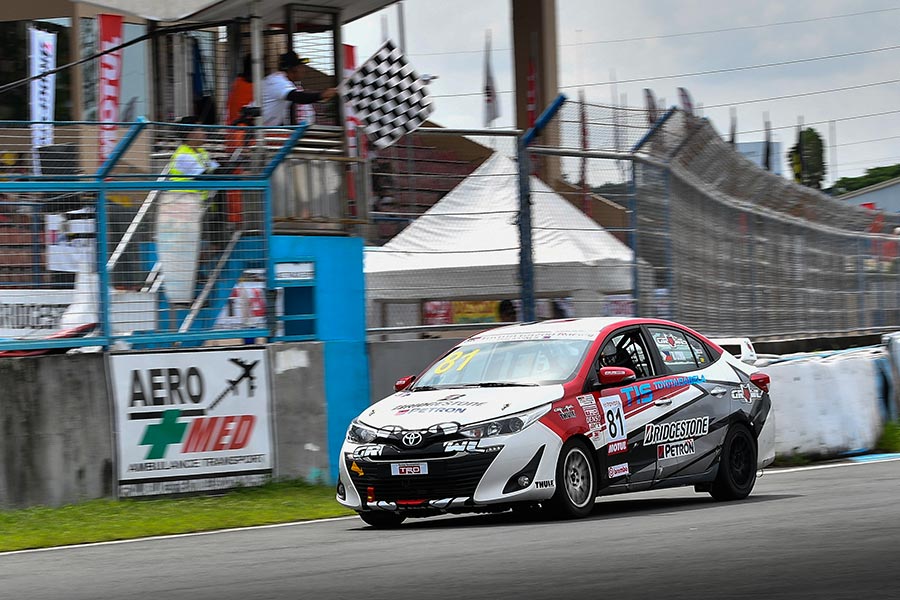 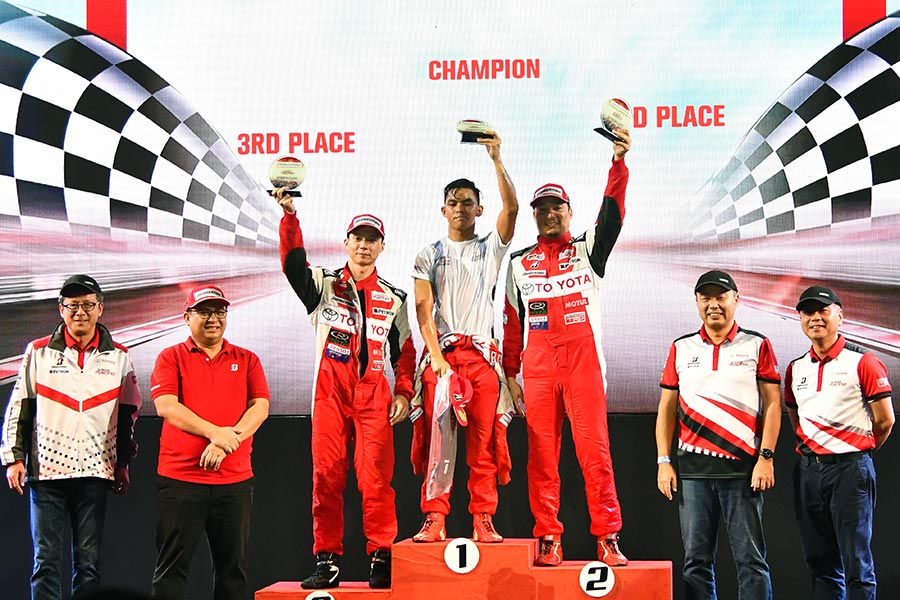 “Our strategy for this year is to be consistent, and it certainly paid off. To think that I only won once in the entire 9-race series and still secure the Sporting Class title. This is in stark contrast to last year where I won 4 races, yet still lost the championship. I made sure to finish all the races and picked the rights that I could win,” commented Red Diwa on winning the Sporting Class championship.

Eggy’s best efforts bagged him 3rd place in the final race of the season to conclude an impressive debut that included 3 outright race victories, 2 podiums, and 3rd in the class standings. 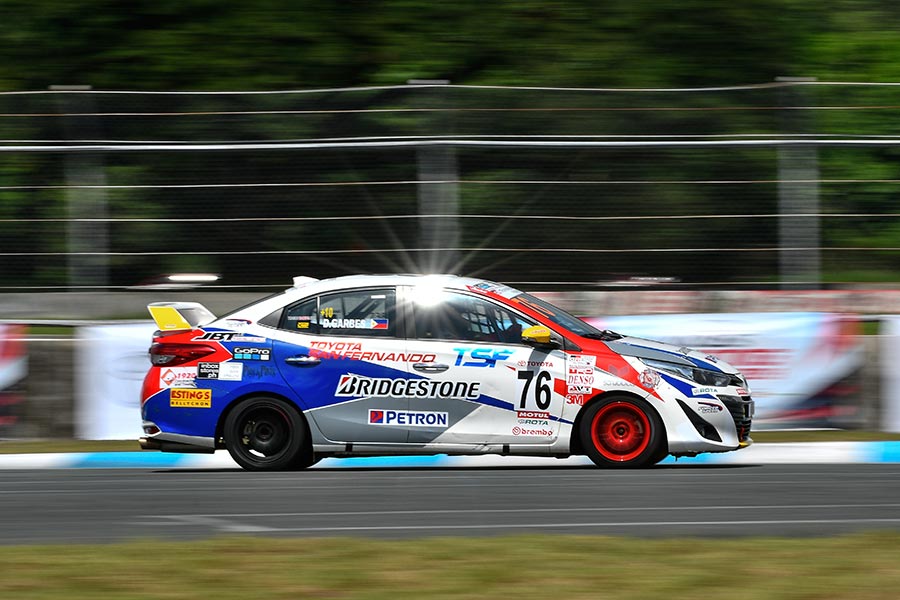 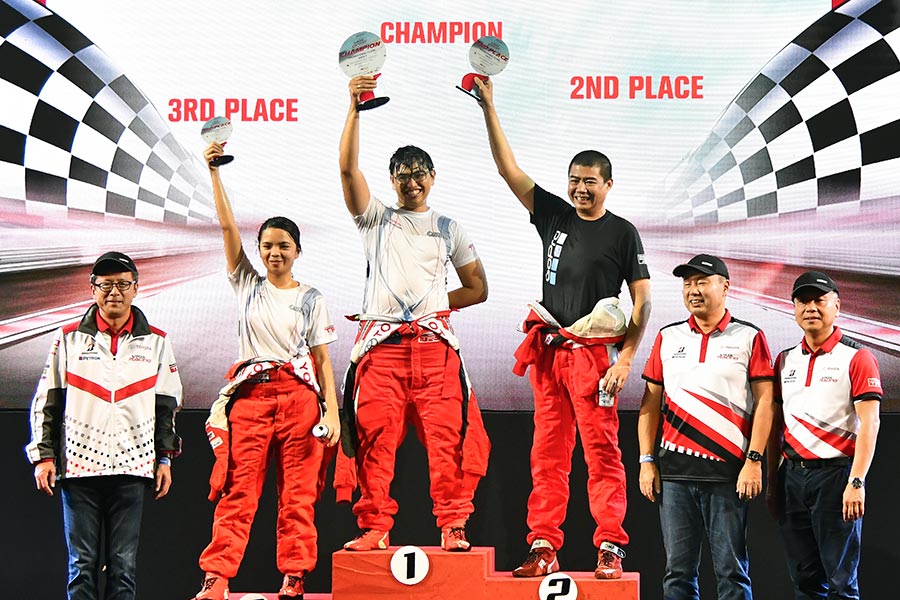 Promotional Class
Darrel Garbes, on the other hand, enjoyed his best race weekend not only of 2019, but of his entire stint in the Vios one-make-series. A flawless run on Friday allowed him to take the fight to championship leader Quattro Adriano and savor a hard-earned 2nd out of the Promotional Class runners. He quickly followed this up with another 2nd place finish in Race 8, proving that his renewed performance was no fluke. Unfortunately, his consecutive string of podium finishes was cut short after he fell victim to the first-lap chaos in Race 9 and ended up in a lowly 9th.

While it was not the best way to wrap up the season, the combined results of Eggy and Darrel earned Toyota San Fernando 3rd in the Team Awards. 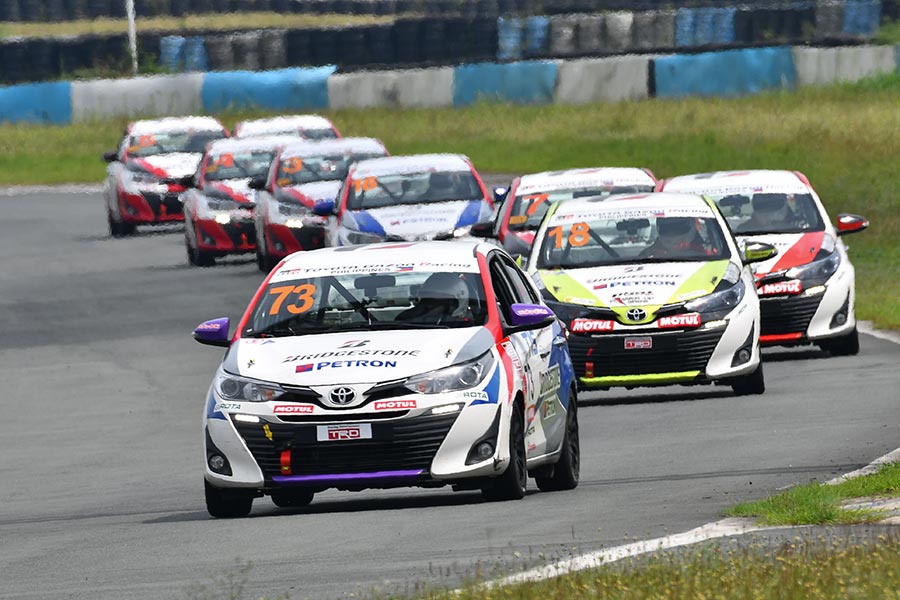 JBT Racing’s lone female driver was sadly robbed of her first possible podium in Race 7. Maila Alivia in the #73 Toyota Isabela Vios OMR impressively toped the time sheets during Qualifying had the Promotional Class victory within her sights. However, she was hit hard early on that dropped her to the very back of the grid. Only her unwavering spirit kept her going and clawed up to 8th at the finish line.

Toyota Isabela’s dame maintained her momentum in both races on Saturday, claiming 4th and the fastest lap of the race in the morning and another strong 5th in the afternoon. 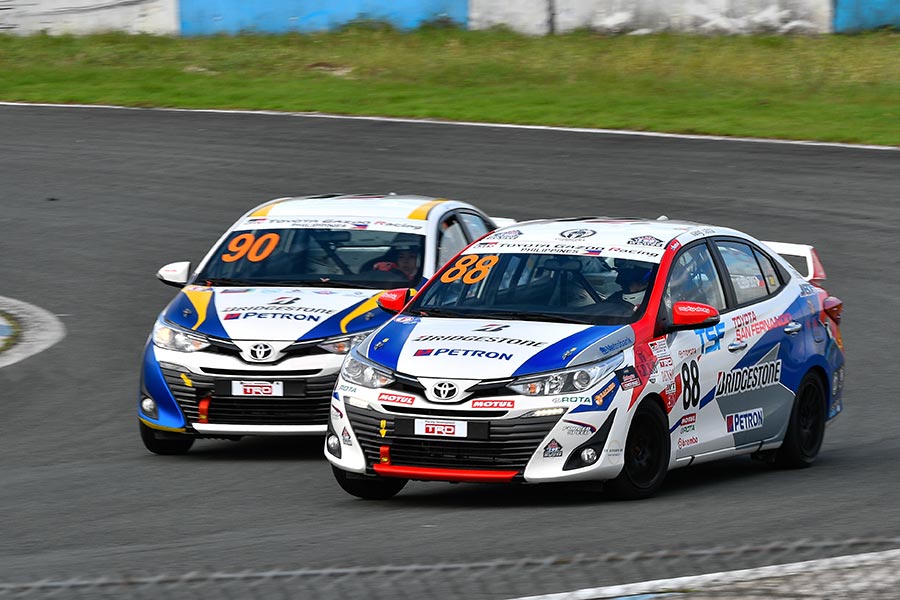 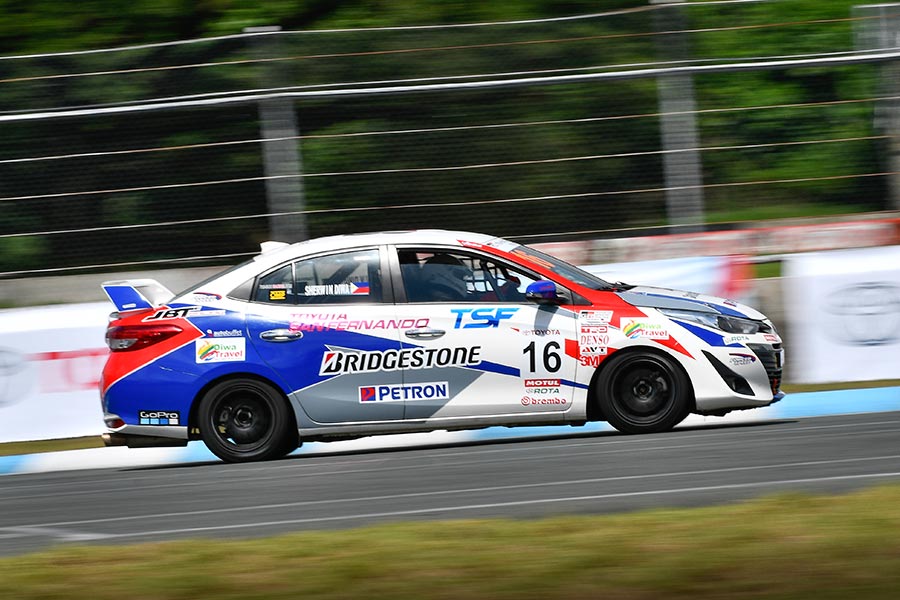 After making their competitive debut last September, newcomers Fullerdean ‘FD’ Ducut and Sherwin Diwa were both finally ready to fight for position during the season finale. FD achieved 7th on Friday, which is his best result to date, followed by 11th and 10th place finishes on Saturday. Sherwin also enjoyed his on-track battles, dicing for position with the Celebrity drivers, to collect 11th, 12th, and 11th. Expect to see more from both new recruits of JBT Racing as they come back stronger in 2020. 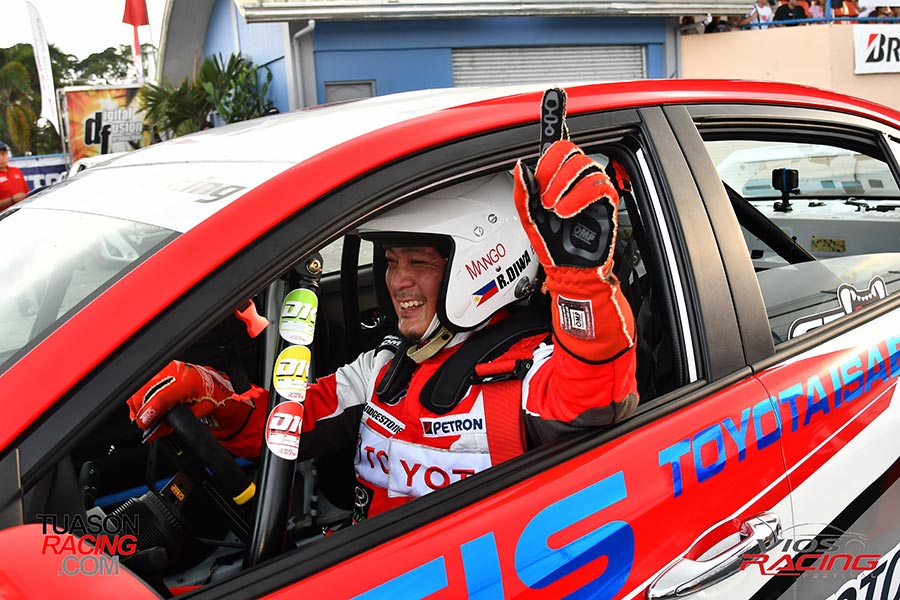