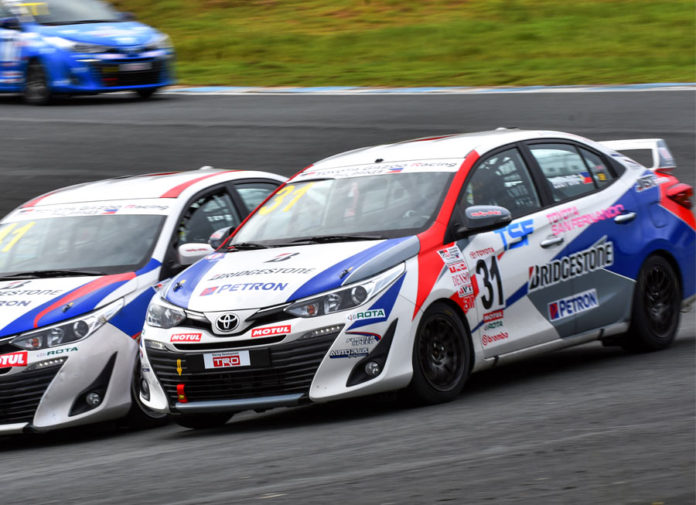 The combined efforts of Toyota San Fernando and Toyota Isabela has earned JBT Racing one of best weekends in the Vios Circuit Championship last August 30/31. Or maybe even in the Vios Cup’s entire history. That’s because not only did they sweep all the Sporting Class wins and landed a Promotional Class podium, but also took home the Best Team Award during 2019’s second event. 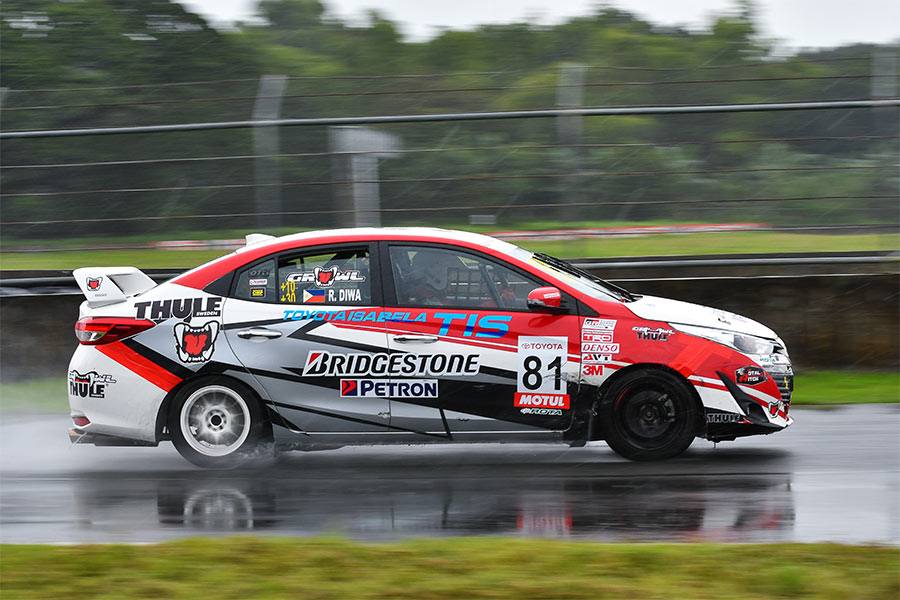 Sporting Class
Red Diwa and Eggy Ong were in a class of their own in the Sporting Class, or so to speak. Diwa’s #81 Growl Tule Racing Vios OMR was quickest in Qualifying and claimed pole with a 2:27.855 lap around the Clark International Speedway (CIS). This was 0.464 secs clear of Ong who started alongside on the front row of the grid for Friday’s race.

Diwa was practically unchallenged for 12-laps and crossed the line with a commanding 5.132 secs advantage. While his teammate should have finished right behind, Ong just couldn’t get past John Dizon of Obengers Racing and had to settle for 3rd yet still managed to set the fastest lap of the race. 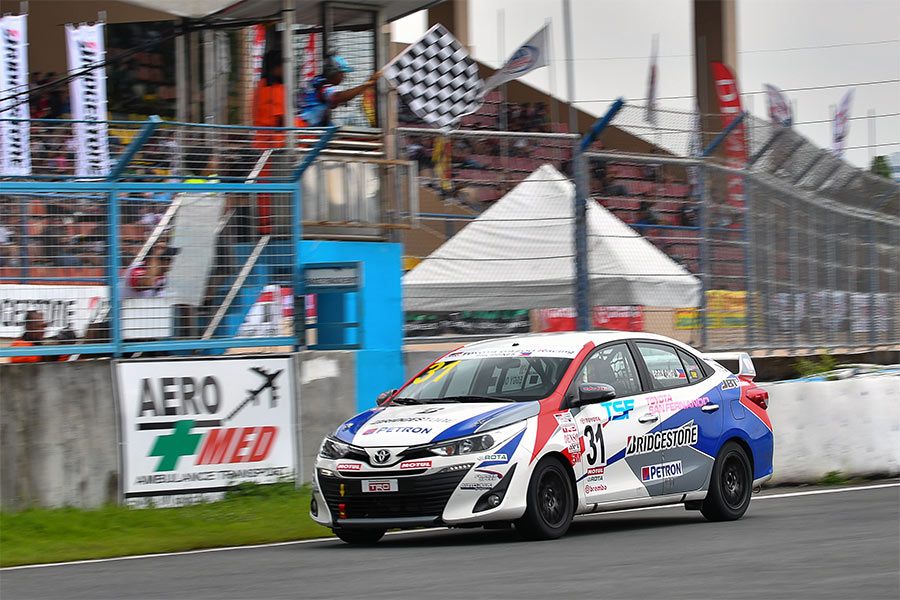 The #31 Toyota San Fernando entry, however, would get its vengeance on Saturday. Ong put his head down and charged through the field, gaining 3 spots on the opening laps, and another 1 mid-race to take a well-deserved win. Diwa, on the other hand, wasn’t so lucky. He was punted at the start and dropped back to P8. But as the true fighter that he is, clawed his way back up to 4th by the time the chequered flag came out.

Both drivers were again in control of Race 6 with Diwa back in the lead. Then, the 2 swapped positions right before the lengthy Safety Car period which lasted until the finish line, giving Ong another victory and JBT Racing a 1-2 finish. 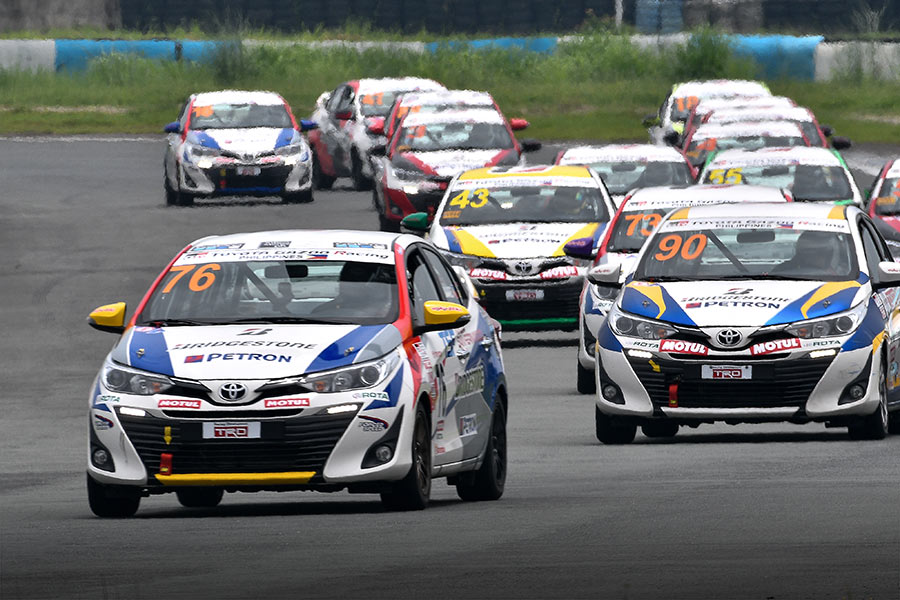 Promotional Class
On his third year of racing, Darrel Garbes has finally achieved a long-awaited very first podium on Friday afternoon. Weeks of practice paid off when he successfully crossed the finish line 3rd in the Promotional Class, even ahead of several Sporting Class runners on the road. Garbes then carried his strong momentum into Saturday with clean 4th and 5th places, just a few seconds shy of another spot on the podium.

Maila Alivia in the #73 Toyota Isabela Vios OMR also enjoyed a fruitful weekend. Coming from a difficult season opener, JBT Racing’s lone lady driver fought her on-track battles with a renewed confidence. She made sure to avoid past mistakes and used this opportunity to apply newly-learned lessons to secure two 5th places and a 6th, plus a gratifying fastest lap on Race 5. 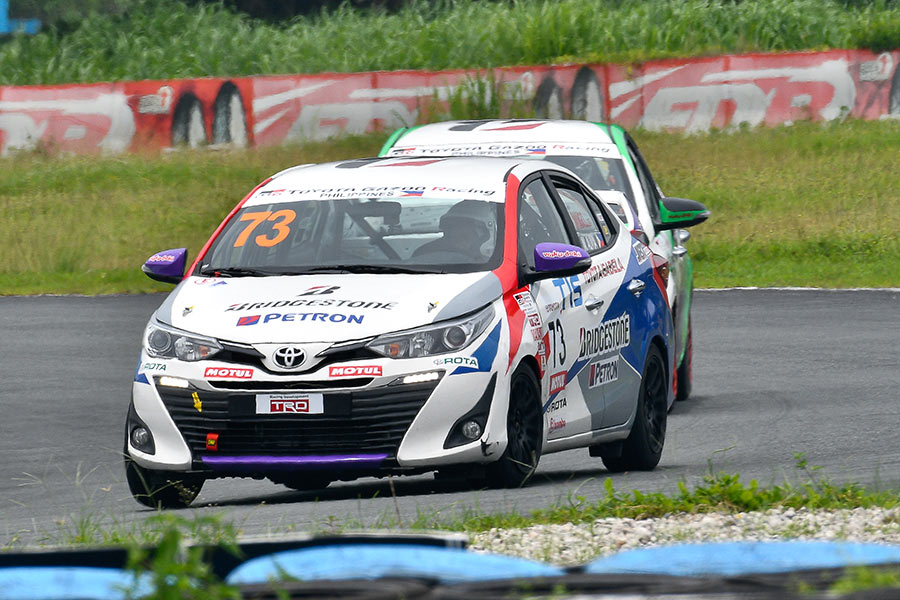 Meanwhile, JBT Racing’s new recruits Fullerdean Ducut and Sherwin Diwa joined the rest of the team for their competitive debut. The pair from Toyota San Fernando sided with caution in the tricky conditions as they found their places amongst the pack. Ducut wrapped up the weekend with a best 8th position, while Sherwin was 10th.

JBT Racing was truly a force to be reckoned with when the Vios Circuit Championship reached the 2019 season’s halfway point. Ong and Garbes together scored enough points over the weekend to earn the Best Team Award and put them on top of the championship standings. Ong and Diwa, on the other hand, now lead the drivers’ title race 1-2 heading into the season finale on November 8/9. 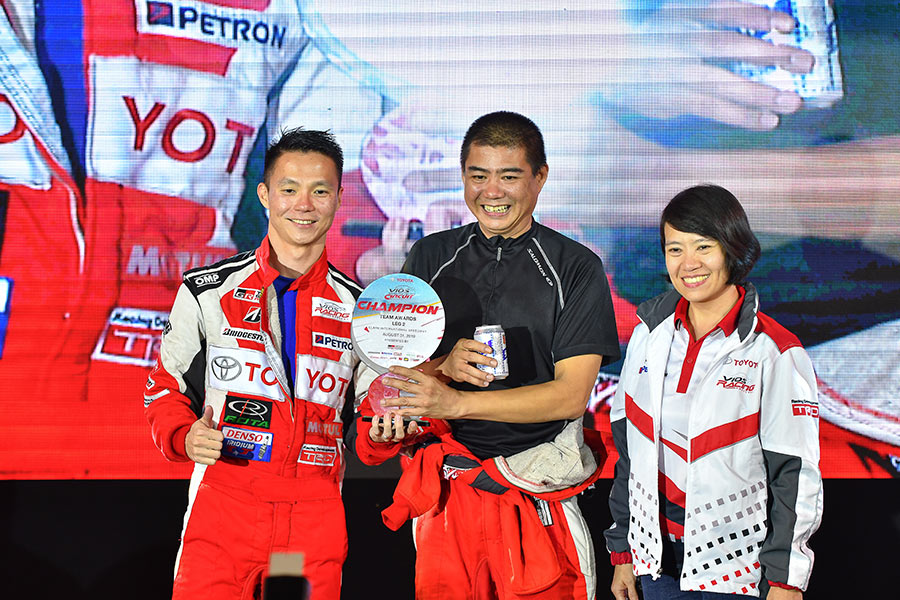 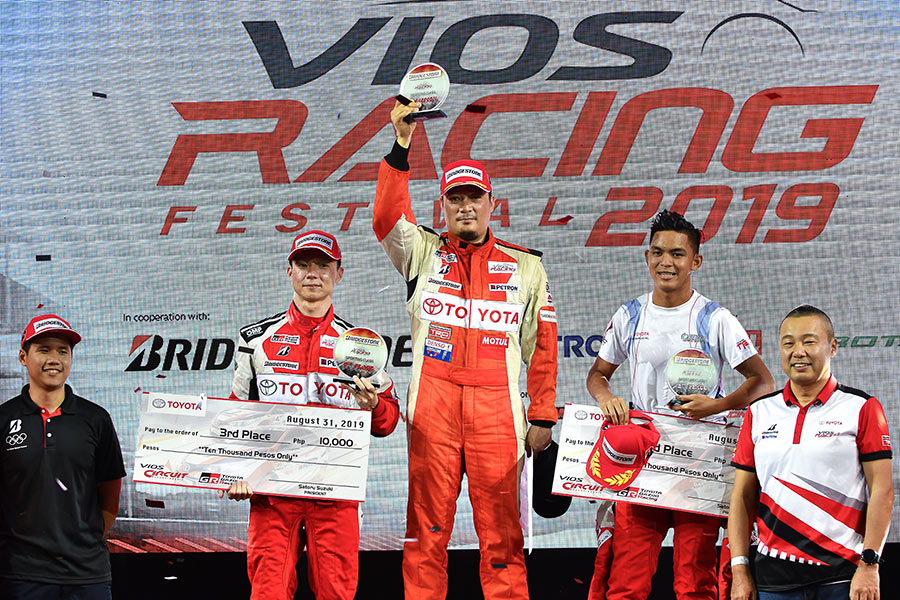 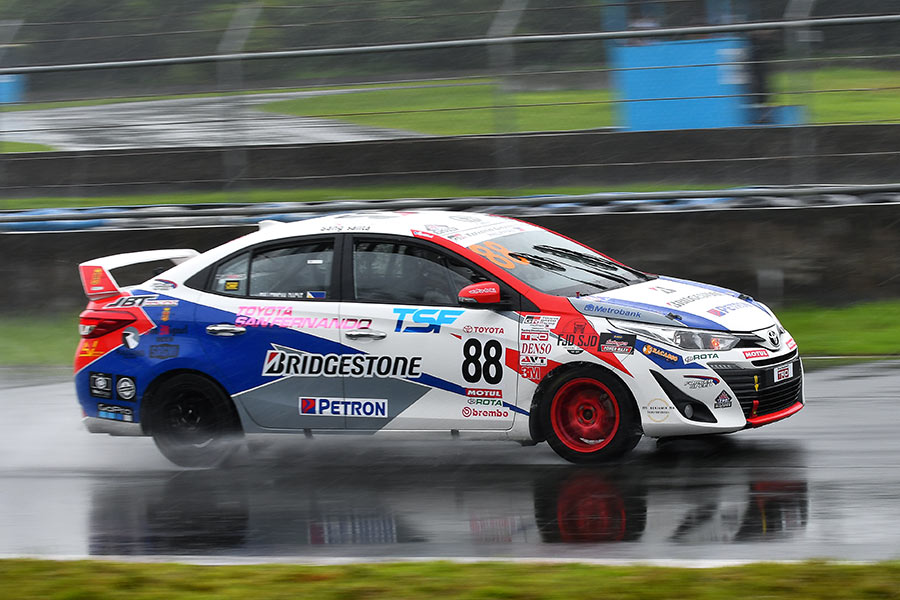 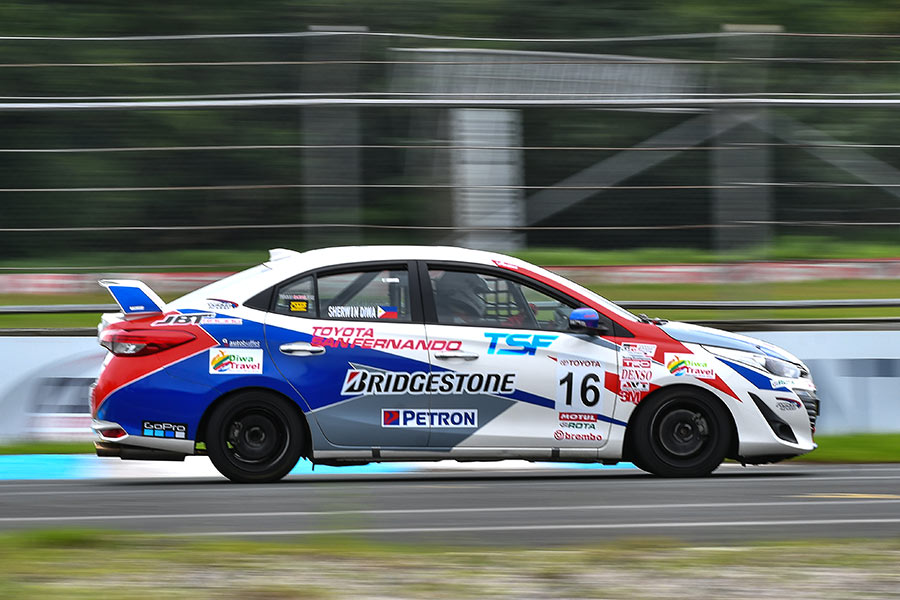 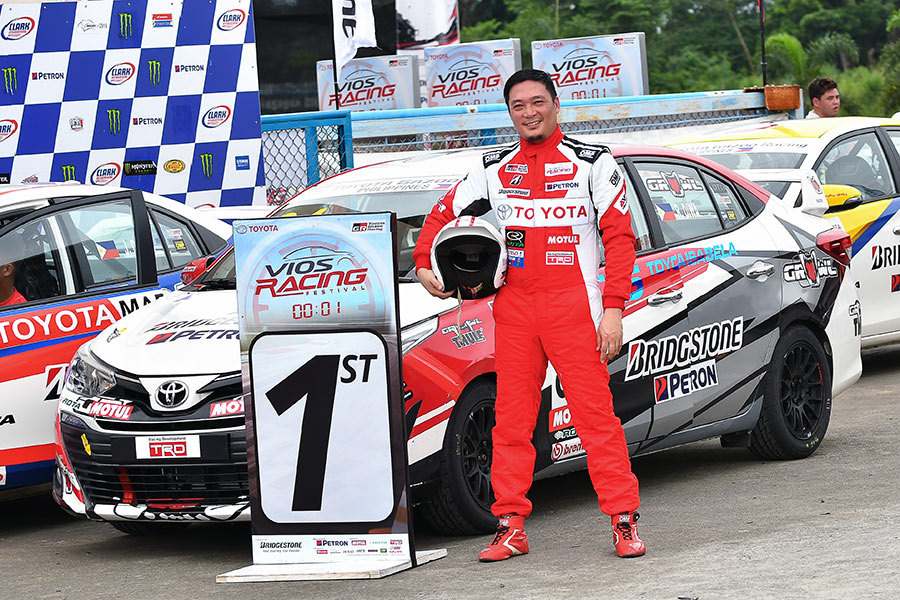 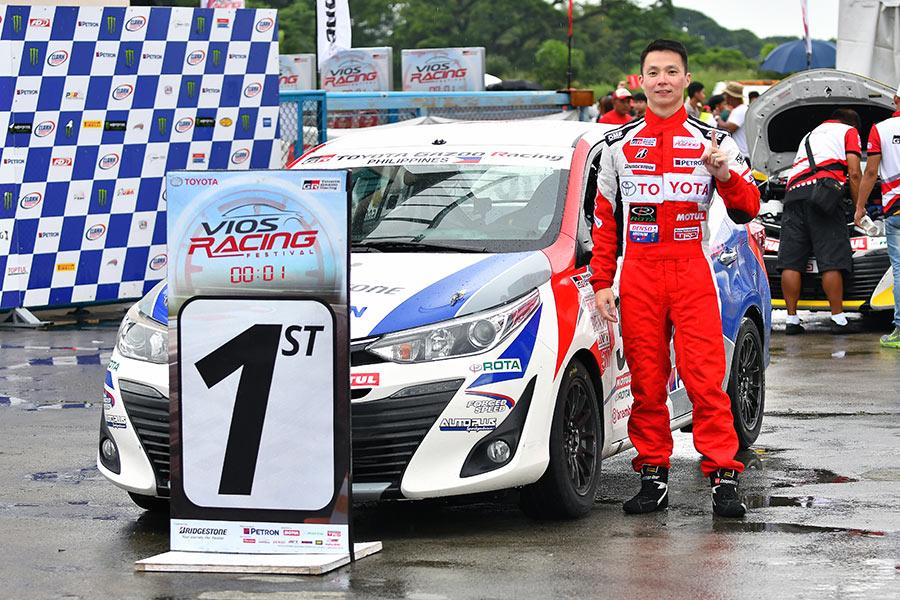 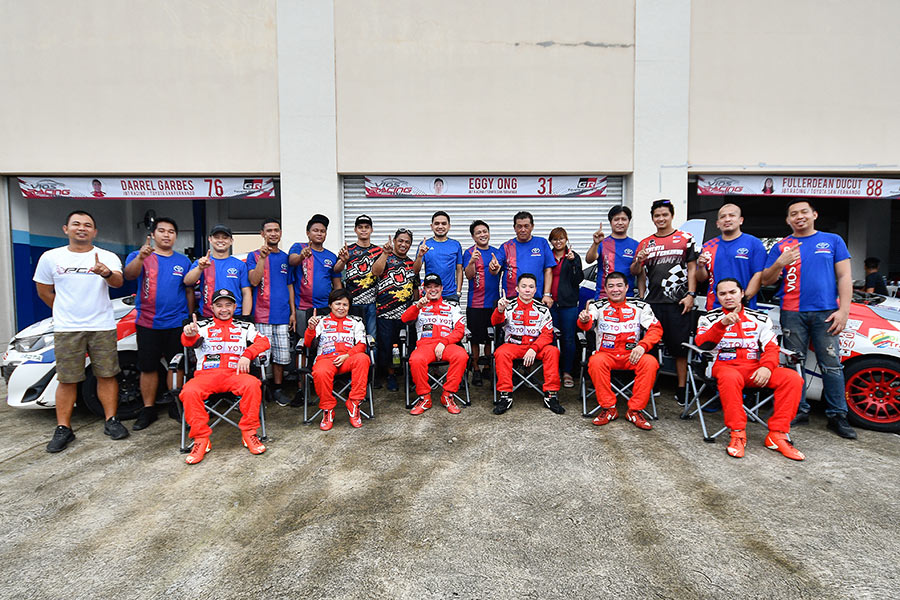