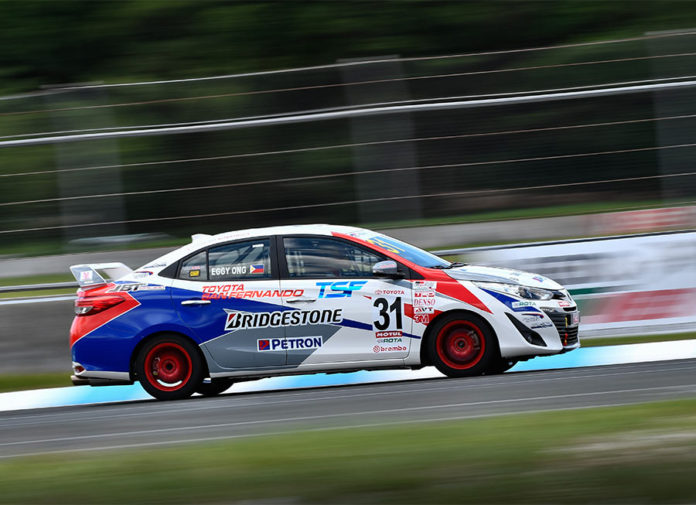 Comprised of 4 entries from Toyota San Fernando and Toyota Isabela, JBT Racing got their 2019 season underway in one of the best ways possible. Because of all the things that happened last June 7/8, what really stood out the most was when the team scored a sensational 1-2 finish at the Clark International Speedway (CIS). This puts them right in the title fight for the new Vios Circuit Championship, which they hope to take home at the end of the year. 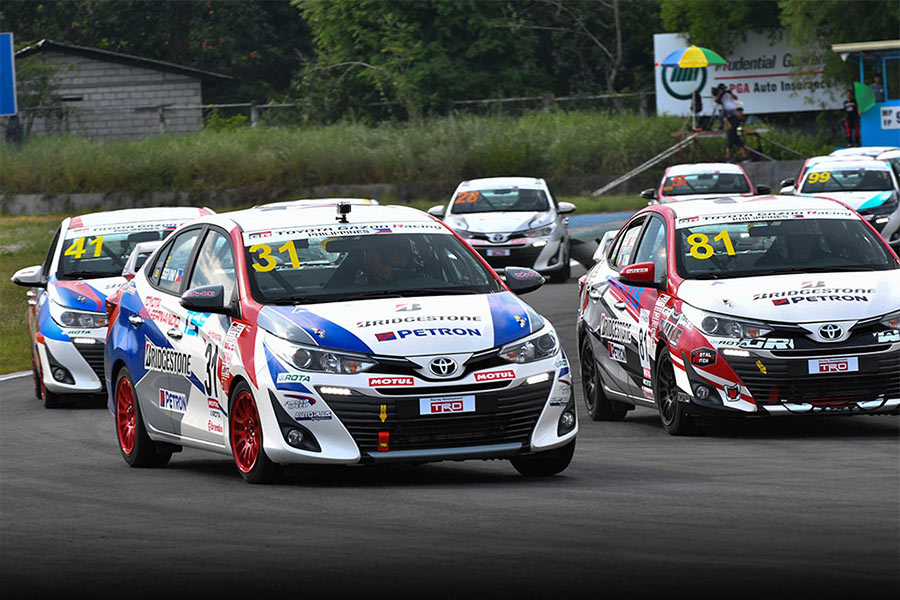 Sporting Class
Red Diwa and series newcomer Eggy Ong were JBT Racing’s challengers in the top Sporting Class. Both were quick to adapt to the new gen 2 Vios One Make Race (OMR) cars and qualified P2 and P3, respectively. But as there were still 2 more races happening over the weekend, the pair adopted a conservative strategy during the first race on Friday. They were pleased just to safely cross the finish line with Diwa in 3rd and Ong in 4th, bagging solid points for the championship.

The following day, both drivers turned things up a notch for Race 2. Starting from P3 on the grid, a clean start from Ong would catapult him and the #31 Toyota San Fernando Vios into the lead. His teammate was also not too far behind after narrowly escaping a huge incident on the opening lap. At the end of lap 4 Ong and Diwa found themselves in the top 2 spots, which they held all the way to the chequered flag to score a 1-2 finish for JBT Racing. 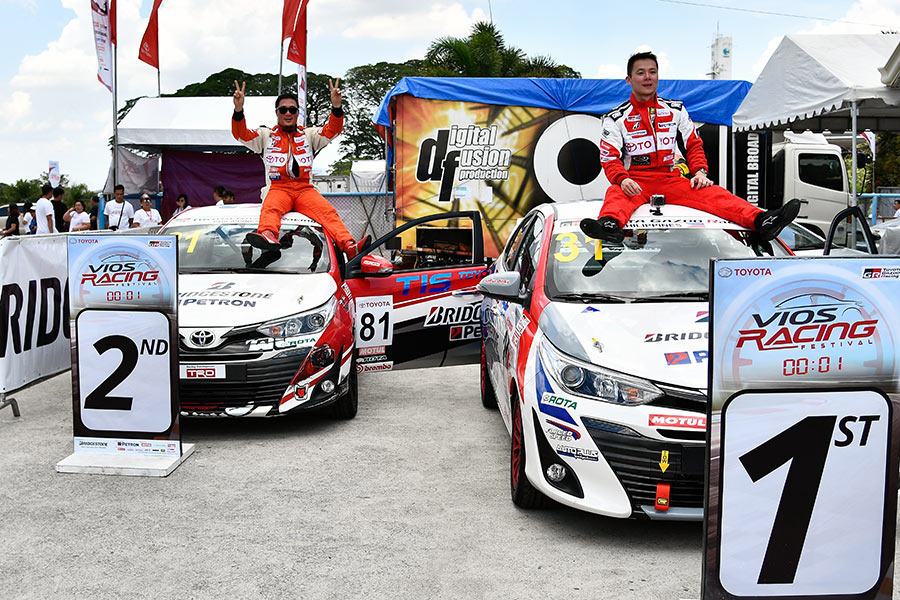 Results from Race 3 however weren’t so favorable. Ong got bottled up behind several slower drivers and struggled to get past. He eventually settled for 6th place where he concluded his Vios one-make-race debut. Diwa also had his share of misfortunes. After a lengthy battle for a podium spot, the #81 Growl-Thule Racing Vios suffered gearbox issues in the closing stages yet still managed to salvage 4th place.

Promotional Class
Now on her second year of racing, Maila Alivia’s pace over the weekend showed a lot of promise and was in fact the 3rd quickest Promotional Class driver in Qualifying. Although some of her on track exploits drew the ire of the stewards, she was able to claim 5th and 7th place finishes in the first 2 races of the weekend. But when she does get her act together, like what happened in Race 3, Alivia effectively fought from the back of the grid and land an impressive 4th place for Toyota Isabela. 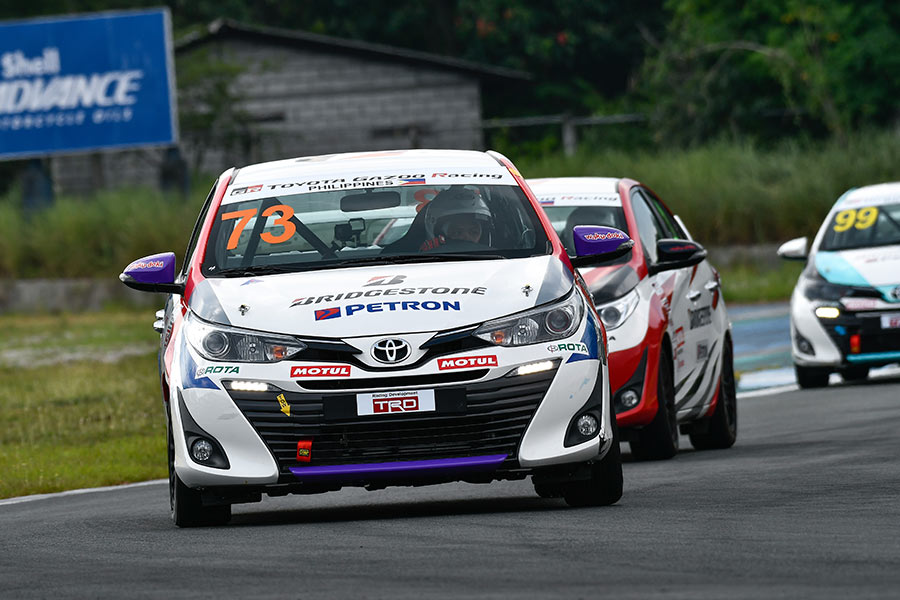 Her teammate in the #76 Toyota San Fernando Vios, on the other hand, was consistent throughout the season opener. Darrel Garbes qualified P7 and ended the first day in 4th then delivered 5th in both of Saturday’s races. While this considerably helps him in the points standings, he admits that he’s not fully content with his performance and vows to come back stronger for the next event in August.

By then, JBT Racing new recruits Sherwin Diwa and Fullerdean Ducut are expected to join the rest of the team at the Clark International Speedway. 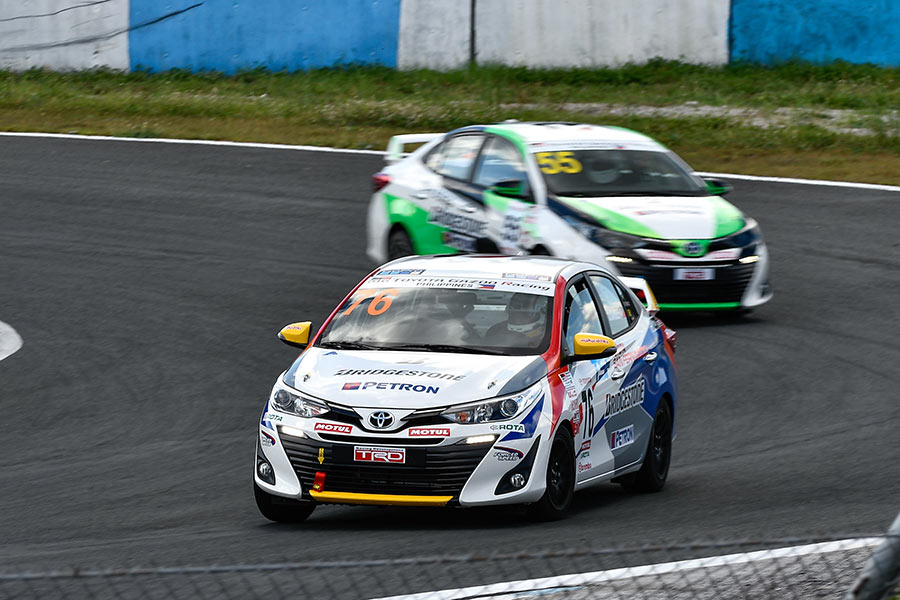 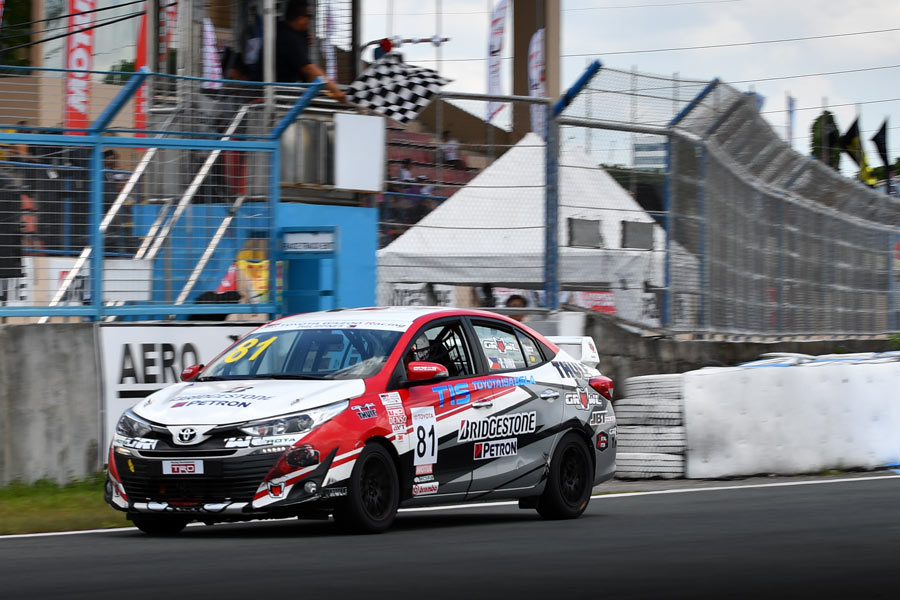 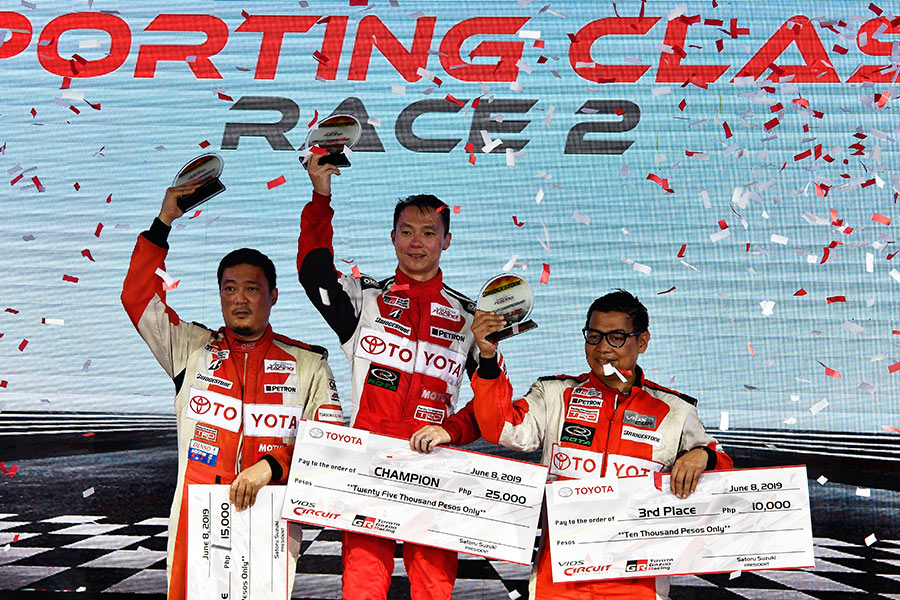 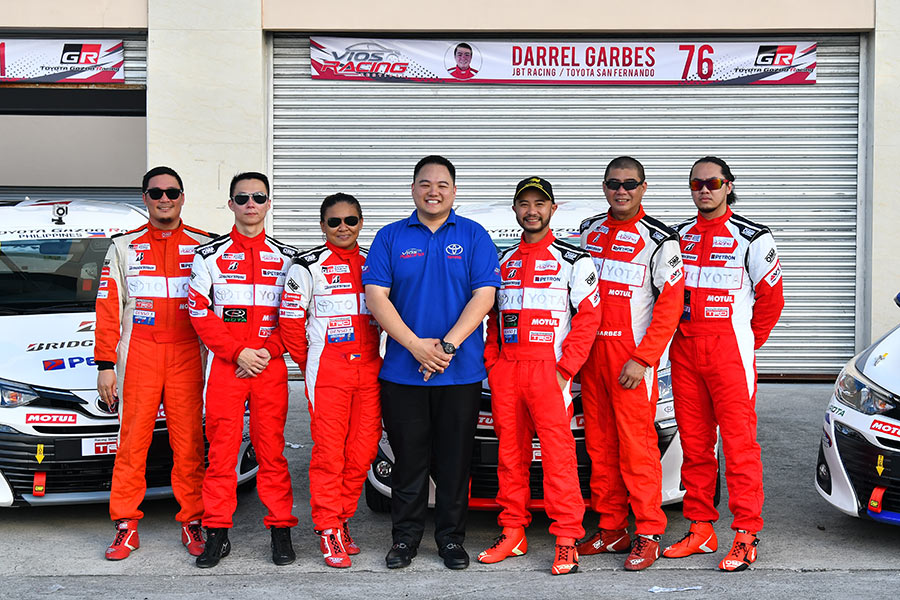