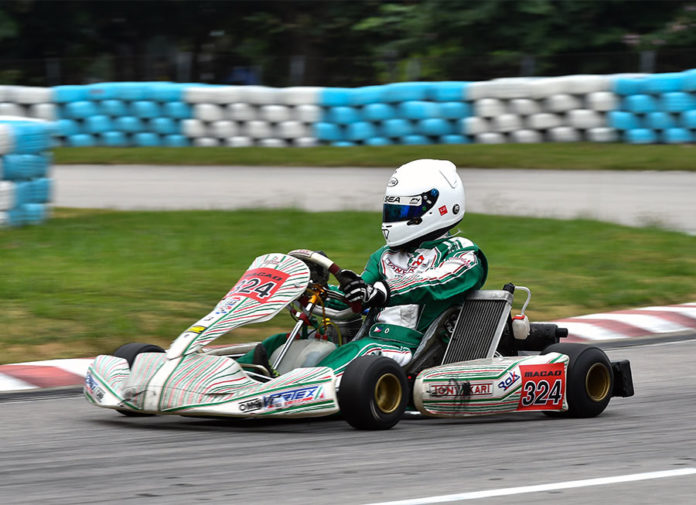 Still fresh from winning the Vios Cup Sporting Class title, John Dizon really went all out during the final event of the Asian Karting Open Championship (AKOC) this 2018. That’s because he didn’t simply race in a single category like a normal karter would. This guy entered both the X30 Senior Class and Macau Cup KZ Invitation Race, making him one of the busiest drivers that weekend.

John’s extremely tight schedule saw him join back-to-back races, leaving him with only a few minutes to recuperate in between heats. Naturally, the high physical demands took its toll on his body, but he soldiered on through 3 days of competition at the Kartodrome de Coloane Circuit. 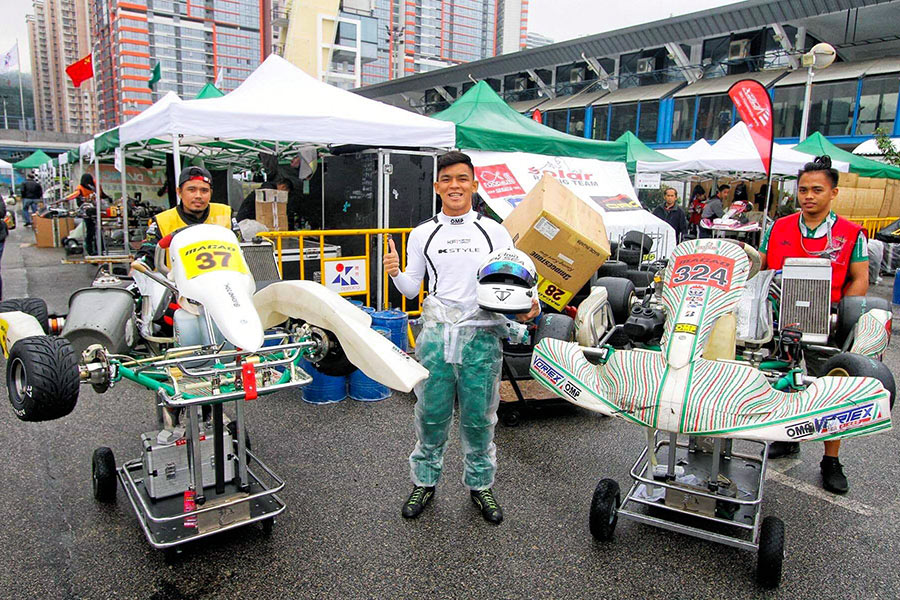 His strategy to ‘survive’ (aside from vitamins and a ton of energy drinks) was to push in only the first 5 laps of each heat, get a good position, maintain it ’til the chequered flag, and repeat. This way, he’s able to preserve at least some energy next time he’s back behind the wheel. He only gets push to his limits during the finals when it really counts.

Driving the #324 Tony Kart, John would only ever get 1 clean run in the X30 Senior Class before the finals. Either he’d have some sort of mechanical problem or be forced miss a heat completely due to scheduling conflicts.

Things eventually worked out in Heat #3. Starting from P24, John worked his way through the pack to cross the finish line 12th out of 30 starters. He reckons he could have gone as high as 8th if only he had a good start. Unfortunately, his kart setup didn’t quite suit the unpredictable weather conditions during the Finals where he ended up 21st. 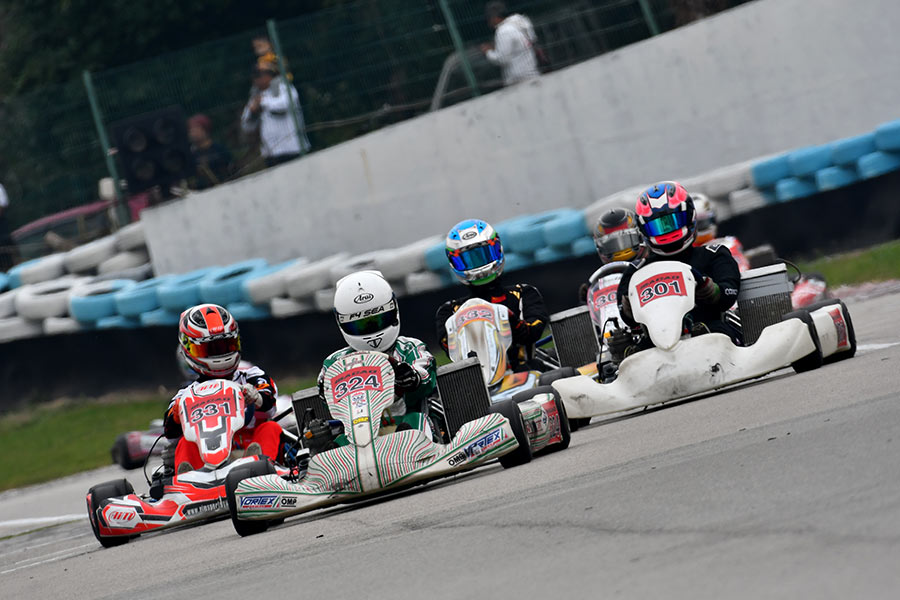 But the mediocre results in X30 Senior didn’t matter so much to John who had his eyes set on the Macau Cup KZ Invitation Race. This was THE event of the weekend where went up against some the best drivers from around the world and was the only Filipino to do so. The roster included Marco Ardigo, Pedro Hiltbrand, Alessio Piccini, Corberi Luca, Puhakka Simo, and Vigano Matteo – big names in the karting community who are at the very least world champions or future world champions.

Out of the 40 entries, only 28 were ever allowed to race. John qualified 22nd to earn his spot amongst the greats.

Backed by Kart Plaza Manufacturing Corp., he gradually improved on his position in each of the 3 heats. He finished 23rd, then 21st, and finally 15th before heading to the Pre Finals. Although 20th spot was the best he could do in the 17-lap race, the back-to-back National and ROK Karter of the Year ultimately performed when it counted the most.

John masterfully piloted the #37 JD Motorsports entry in the grueling 20-lap Finals. And this was despite it being his first time to race a KZ Shifter kart in the wet. He might have been battered and bruised, but his spirit was never broken as he fought through the slippery conditions to climb from P20 all the way to 11th place to conclude a productive AKOC Macau weekend. 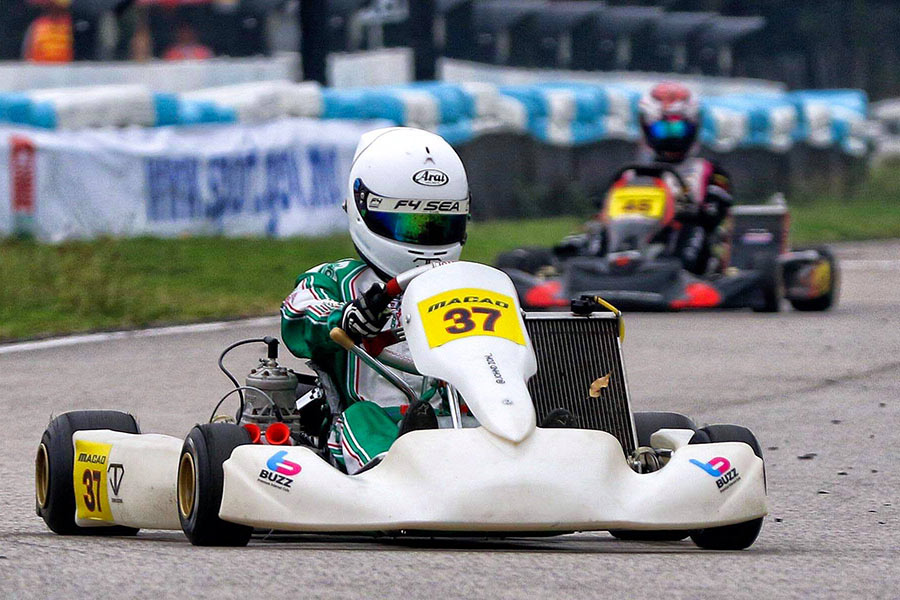 John Dizon: “Very tough weekend in Macau as I had to race in both the X30 Senior and KZ Shifter classes. I barely had time to rest and recover in between races and it was a real marathon physically and mentally. We didn’t get the results we were hoping for, but I will come back stronger next time we’re here. Thank you to Kart Plaza Manufacturing Corp., Mr. Johnny Tan, his management and staff, my mechanics Enrique Celebria and Roy Cabuquid, Buzz Corporation, RZQ Aesthetics, fellow drivers and their teams, my family, and most especially to Jesus Christ – the author of my journey.”

Filipino karter Zach David races his way across Europe in 2020