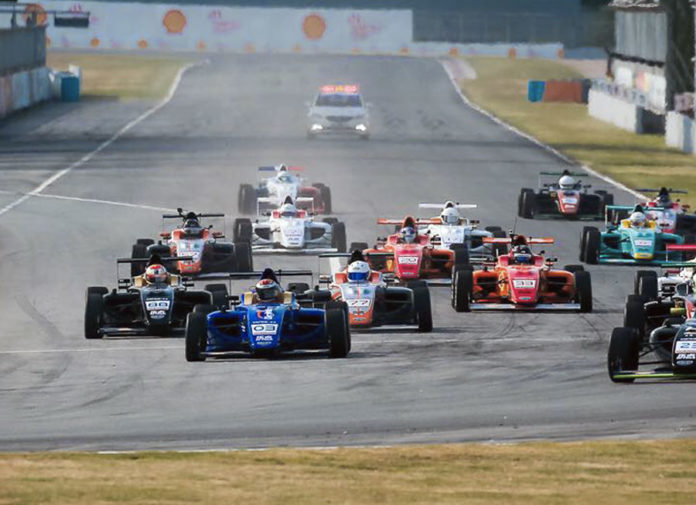 Pinnacle Motorsport has a new driver in the 2018 FIA F4 Chinese Championship. And in spite of skipping the season opener last month, Jordan Dempsey from Ireland made an impressive debut last June 2/3 scoring 2 podium finishes at the Zhuhai International Circuit (ZIC).

The 2017 Motorsport Ireland Young Driver of the Year drove the team’s #3 machine. Built by French manufacturer Mygale, the spec-F4 chassis is powered by a naturally-aspirated 2.0L engine from Geely. It is equipped with a 6-speed gearbox with paddle shifts and weighs 630 kg. Jordan then qualified P4 on his maiden Asian outing, putting him a good position for Saturday’s race. 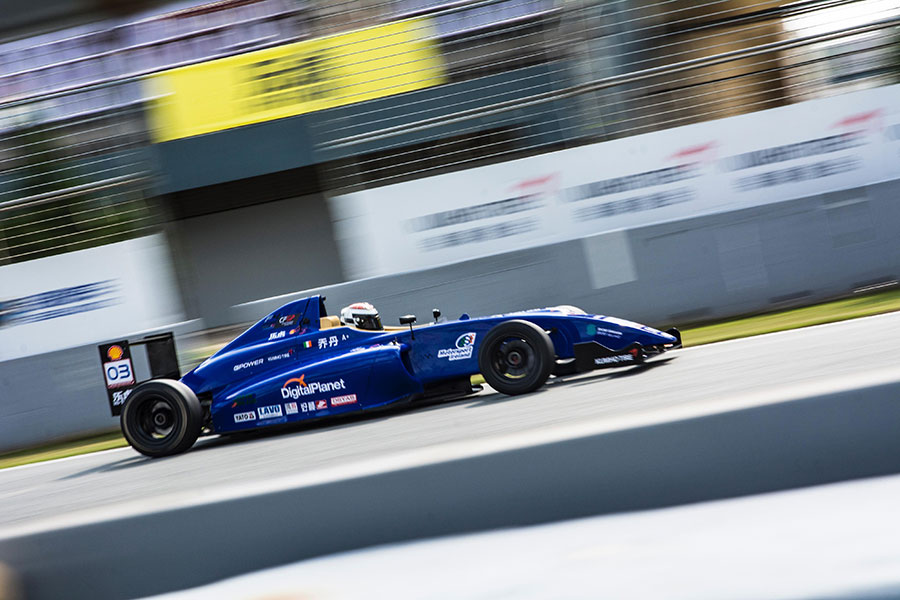 He managed to move up to 3rd in the opening laps of Race 1. Unfortunately, a fuel regulator issue forced him to retire on lap 6 and meant that Jordan had to Race 2 from the back of the grid. But was only a slight setback for the 18-year-old as he came back even stronger on Sunday.

Working his way through the field, he landed an impressive 2nd after 16-laps of racing. Jordan repeated the feat in Race 3 where he started from P9 on the grid. This time he was able to challenge for the lead, but made contact and allowed the 3rd place car to pass through. He made a quick recovery and crossed the finish line 2nd while setting the fastest lap of the race. 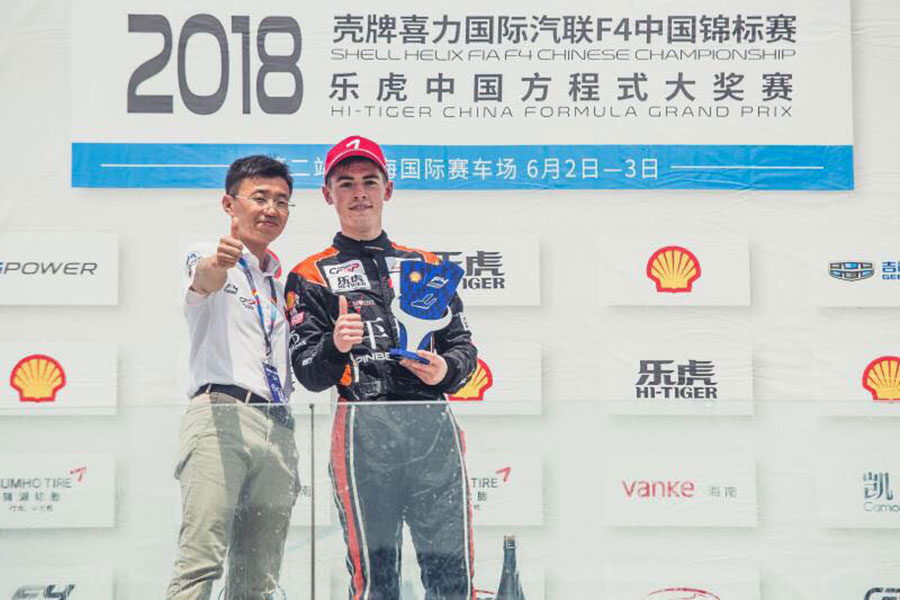 Jordan Dempsey: “Absolutely delighted with my first weekend in the FIA F4 Chinese Championship. I couldn’t have asked for more out of Pinnacle Motorsport. The car was really good all weekend! To get 2 podiums out 2 races from the back of the grid is a really great result. I’d like to say a big thanks to Digital Planet, Motorsport Ireland, Sport Ireland, Team Ireland, and the guys at DBSM for keeping me on top of my nutrition and fitness to perform to my maximum in the heat and humidity.”

After the team’s success at Zhuhai, Pinnacle Motorsport is looking forward to more podiums when the season resumes on July 22-23 at the Chengdu International Circuit.