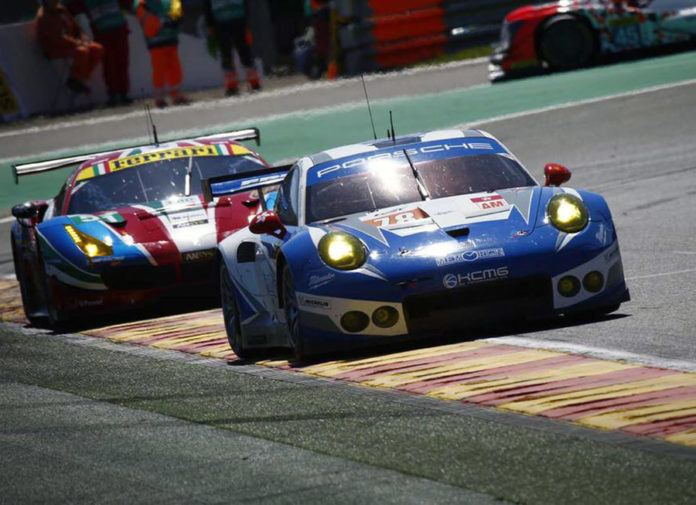 Coming from a promising season start at Silverstone, KC Motorgroup Ltd. (KCMG) arrived at Belgium’s Ardennes region for the 6 Hours of Spa-Francorchamps with hopes for a podium finish.

The Hong Kong-based squad once again saw Joel Camathias, Chris Ried, and Porsche works driver Wolf Henzler share the No. 78 911 RSR in GTE Am. The car performed well in the early practice sessions and slowly made progress with setup changes. But then, it was hit by the No. 8 Audi R18 e-tron quattro in the final practice session. Although the 911 RSR suffered no superficial damage, the car’s behavior deteriorated drastically and struggled throughout qualifying.

KCMG would start in 5th for GTE Am and, despite their ill-handling car, managed up to 3rd in class at one point in the race. They then had a fierce battle with the No. Labre Competition Corvette C7 all the way to the chequered flag and missed out on a potential podium finish by a mere 0.161 secs.

Still, a top 4 finish in GTE Am was a good way to end the FIA World Endurance Championship’s (WEC) second round, finishing ahead of the Gulf Racing and Proton Racing Porsche 911 RSRs. The team now prepares for the most renowned race on the WEC calendar, the 24 Hours of Le Mans in June. 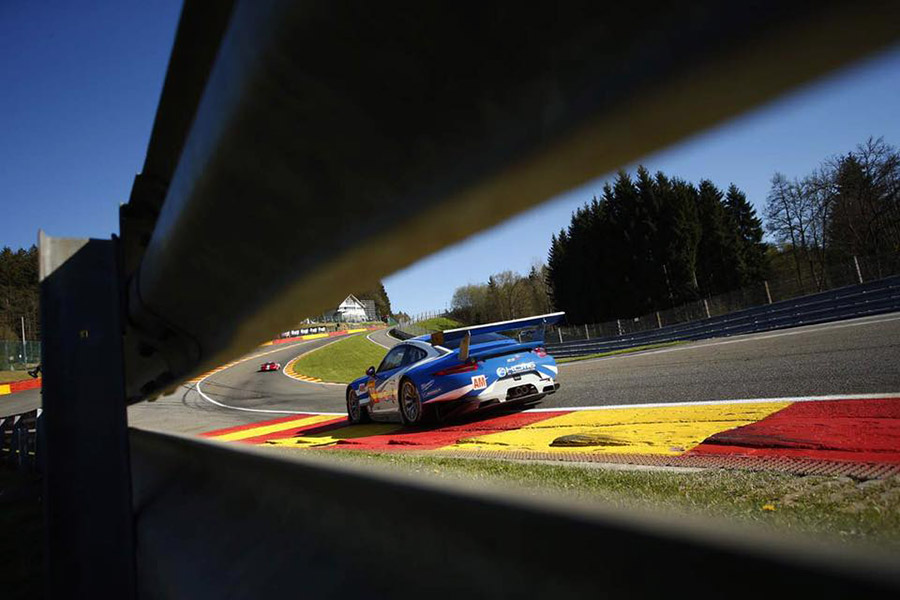 Joel Camathias: “It was a difficult weekend, but everybody in the team did a fantastic job to keep going and obtain a good result. We were in contention for the third spot on the podium, but eventually were beaten by one tenth of a second! Competition is really tough this year in the WEC and we still have a lot to do on the car – especially for Le Mans. Still, it is nice to see that even under difficult circumstances, we can do well.”

Wolf Henzler: “We expected a lot in the race at Spa – but the track conditions have a challenge. As much as I was happy about the good weather for the many fans, it wasn’t the ideal conditions for our 911 RSR. Overall, it didn’t go bad altogether. We know what we have to do for Le Mans – that’s what we are focusing on right now.”

Chris Ried: “After the qualifying for the race, we made some changes concerning the balance of the 911 RSR. This had a positive effect. The start was a bit hectic because of an incident involving a prototype after La Source. But luckily, I got through all the traffic. We were aiming for the podium but I think that we did quite well. Looking forward now to the next challenge at Le Mans!”