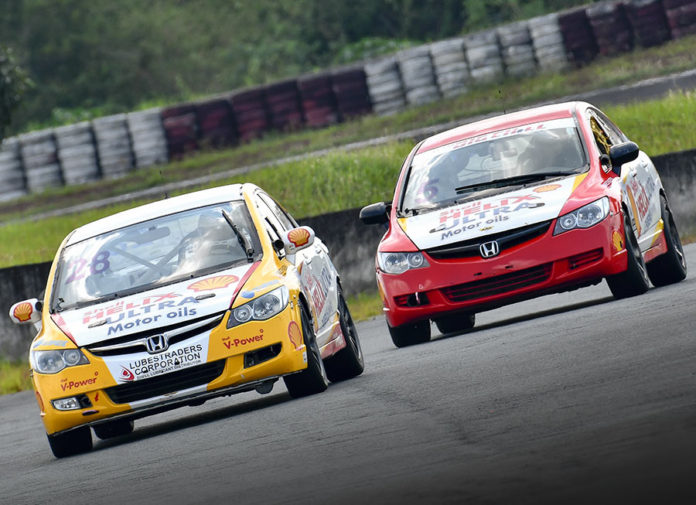 Headed by drivers Paolo Santos and Andre Tan, Lubestraders Shell Helix Racing were back to their winning ways when the Philippine GT Championship resumed action last September 28/29. Together they would successfully walk away with 1 race win and 2 podium finishes from the Batangas Racing Circuit (BRC).

Work for the team began days before the penultimate round of 2019. Both the #5 red- and #28 yellow-liveried Honda Civic FDs were already on track leading up to the race weekend for testing, prepped by the team’s mechanics spearheaded by Dax Santiano and Ding Clemente. This also gave their drivers extra seat time to extract every bit of performance from their machines, which is crucial in their quest for the for the Driver’s Championship.

Lubestraders Shell Helix Racing would kick off things with Santos setting P4 in Qualifying followed by Tan in P5. Santos then chased after points leader Edwin Rodriquez right from the very start of Race 9, moving up to P2 on the very first lap. He then kept the pressure on and tried to find a a way past Rodriguez, but had to settle for 2nd place across the line.

His teammate followed right behind and pushed hard for a possible 1-2 finish. However, a technical issue forced Tan off the track yet was still classified in 3rd and took the last step on the podium.

With the team unable to fix Tan’s #28 car in time for Race 10, Santos had to fly the team’s colors all by himself in the afternoon. This time he and Rodriguez swapped positions with Santos holding onto the lead. It was an agonizingly long 10 laps as he was hounded all the way to the chequered flag. Eventually, he managed to just stay ahead by 0.150 secs in a photo finish to take a well-deserved win. 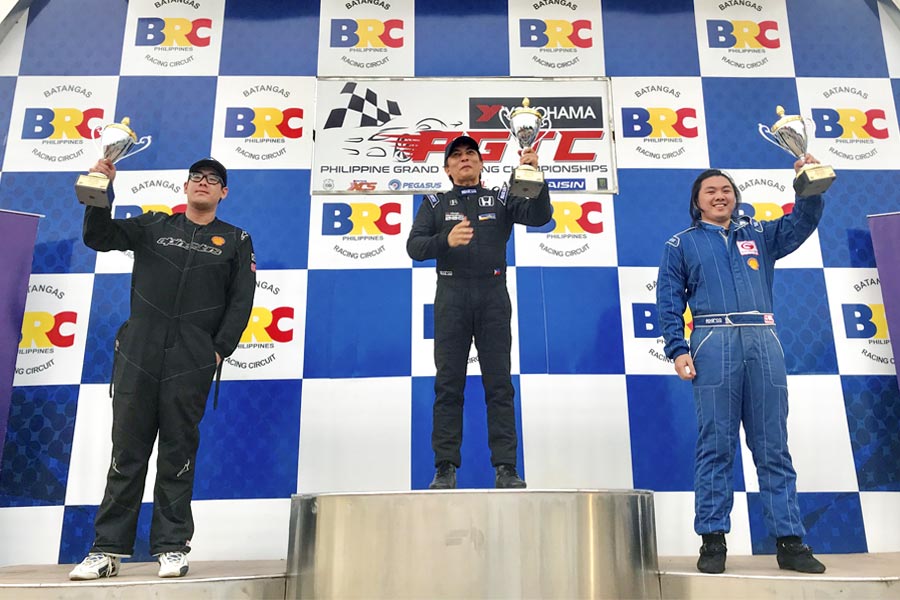 The Philippine GT Championship now heads to the Clark International Speedway on October 19/20 for the final round of 2019. Paolo Santos is currently 2nd in the driver’s standings, just 4 points away from leader Edwin Rodriguez. Andre Tan, on the other hand, is only 13 points behind his teammate and will likewise be fighting for the overall title.

Paolo Santos: “I was hoping for a 1st place finish in both races, but nevertheless I’m satisfied with the outcome and with how well the cars performed the entire weekend. Couldn’t have done it with out the help of my team for working tirelessly on our cars.”

Andre Tan: “Adversities are always to be expected in racing, although I’m still thankful to have fought a good fight in Race 9. The odds may not have been in my favor in Race 10, but I will surely come back stronger next round.”