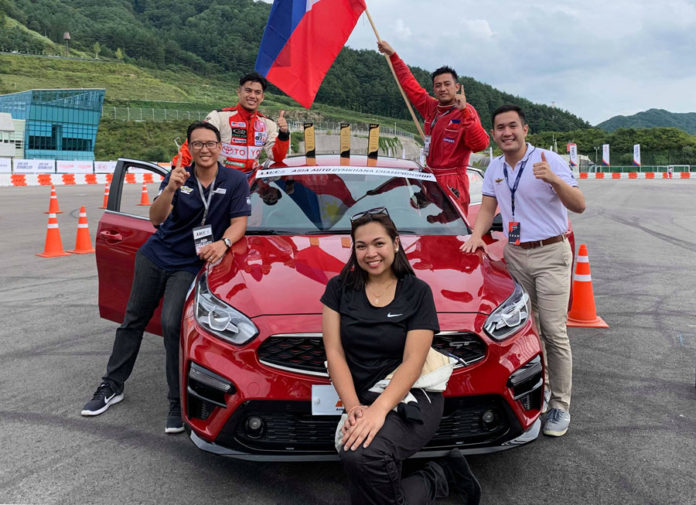 A rising star in the local motorsport community has scored a shock upset win at the recently-concluded Asia Auto Gymkhana Championship (AAGC) in South Korea. Mark Bernales from Cagayan De Oro, who was hand-picked by the AAP as one of the country’s representatives, bested 32 entires from the region and bagged 1st place in the Solo Competition.

The MSDP National Gymkhana Finalist only qualified 10th on the first day of the event, which left him with a tough task in the knockout rounds. But that didn’t seem to faze Bernales as he eliminated 3 of the top qualified drivers. In identical Kia K3 GTs, he first defeated Chia-Ying Lee of Taiwan, then Yu-Sheng Wang in the Top 16. His biggest surprise happened when he defeated top-speed driver Inyong Lee of Korea by the slimmest of margins in the Quarter Finals. This automatically earned him a slot in the Finals where Bernales again emerged victorious against Chun-Ta Lin of Taiwan to secure the top spot on the podium. 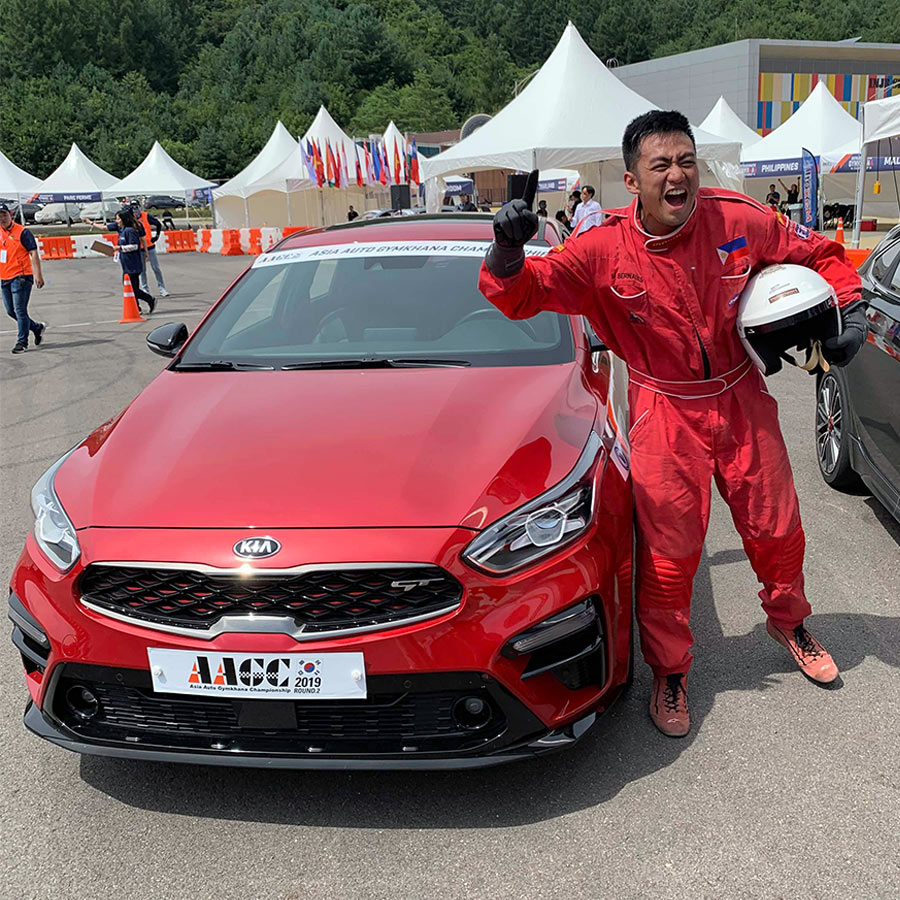 “It feels like I’m on cloud 9 up until now. Never did I expect that I would be coming home to CDO as an Asian Gymkhana winner. My main goal was to enjoy a very rare experience and gain more skill. But in doing so, I achieved way more than that. I just stuck to the game plan and didn’t pressure myself in the match ups. I simply kept pushing, win or lose,” commented Mark Bernales. “I do hope that this victory will give pride to my hometown in CDO and will open more doors to talents in this region.”

In addition, Team Philippines also picked up 3rd place in the Doubles Race. Bernales and teammate Estefano Rivera would qualify 1st, but was thwarted in the Semi Finals by Indonesia after a costly mistake saw the pair bow out by just 0.2 secs. Not wanting go to home empty-handed, they fought back and defeated South Korea to secure 3rd place.

Team Philippines, which consisted of Bernales, Rivera, and lady driver Hazel Ramirez during the AAGC’s 2nd leg at Inje Speedium, now sits 4th Overall in the Nations’ Standings. The Automobile Association Philippines (AAP) is set confirm whether a fresh contingent will be sent to the next event in Thailand on October 11/13. But the definite goal is to ensure the country maintains its Top 4 spot in order to qualify for the FIA Continental Gymkhana Cup in Taiwan this November. 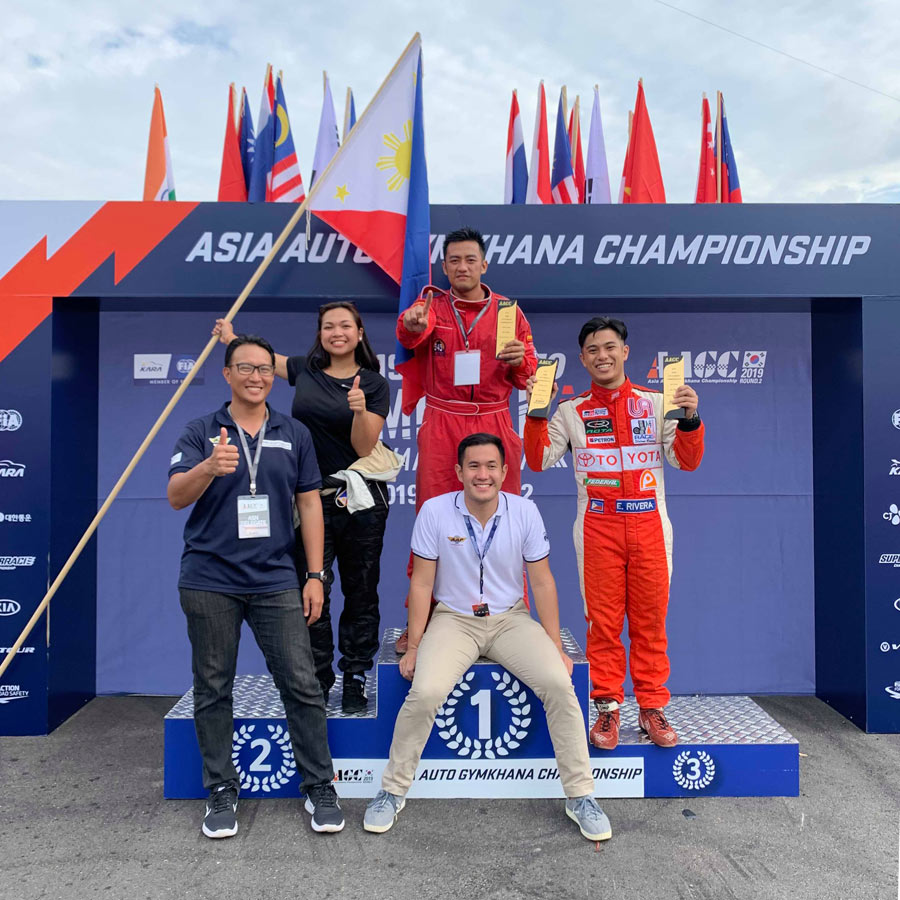