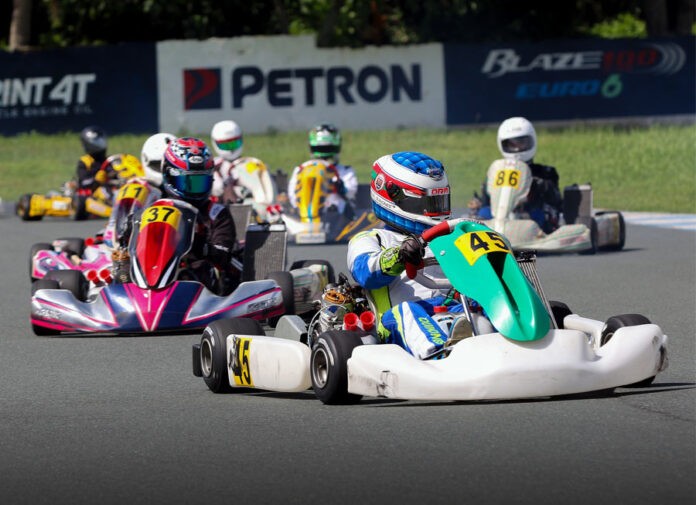 Quiñones siblings Miguel and Shaniah have really stepped up their game in 2022. After a quick “warm up” at the Rotax MAX Challenge in Malaysia early in the year, the pair proceeded to dominate the Rok GP Super Karting Series as soon as the season got underway. Their combined efforts would earn Dr. Q Motorsports a total of 4 wins and 2 podium finishes over 6 events, placing Miguel and Shaniah 1st and 3rd in the championship.

The 2022 title was decided over a triple-header weekend with Rounds 4, 5, and 6 crammed into 2 days of racing in September. Miguel had a 22 point lead heading to the Carmona Race Track (CRT), while younger sister Shaniah had a bit more work to do as she was in 4th in the Senior Class standings. 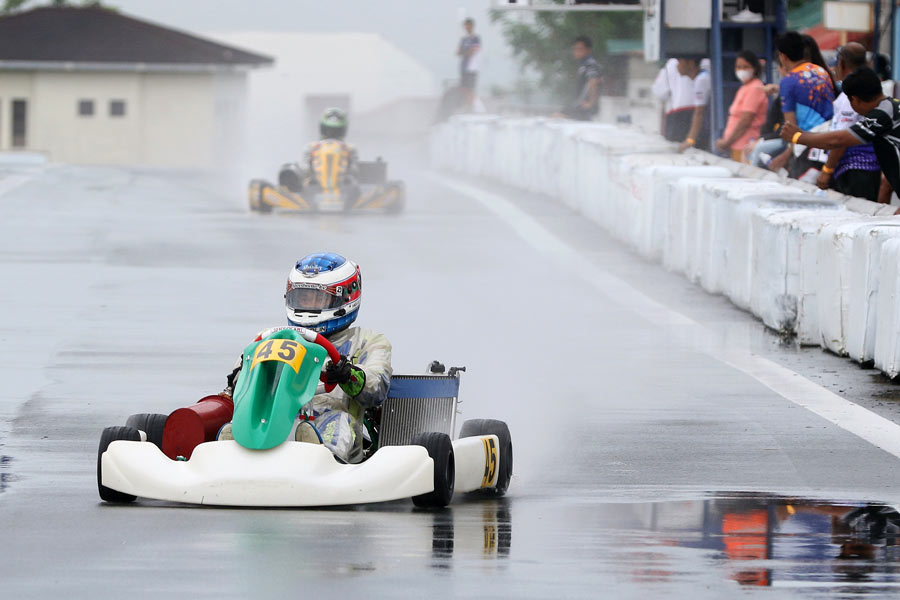 Miguel kicked off the weekend where he had left off, topping the time sheets in Round 4. He was pipped by title rival Gabriel Carag in the Qualifying Heat by a mere 0.172 secs, but left the entire field in a spray of mist during the rain-soaked Finals as he crossed the line with a massive 6.271 secs advantage. Shaniah was also on pace, setting the 3rd fastest time in Time Trial in Qualifying. However, the lady karter struggled in the wet and could only manage 4th in the Finals.

Due to several on-track incidents in Round 5, their worlds were turned upside down on Sunday morning. Miguel in the #45 kart was down in 4th in Qualifying with Shaniah in 5th. Things only went from bad to worse in the Finals when Miguel was tagged by several other karters that sent him to the back. Though he managed to fight his way back up to 2nd, a drop bumper penalty relegated him to 4th place. Shaniah also ran out of luck when contact with another forced her into a DNF. While she was able to walk away unscathed, the same could not be said of her #48 kart that had to be hurriedly replaced in time for Round 6 in the afternoon. 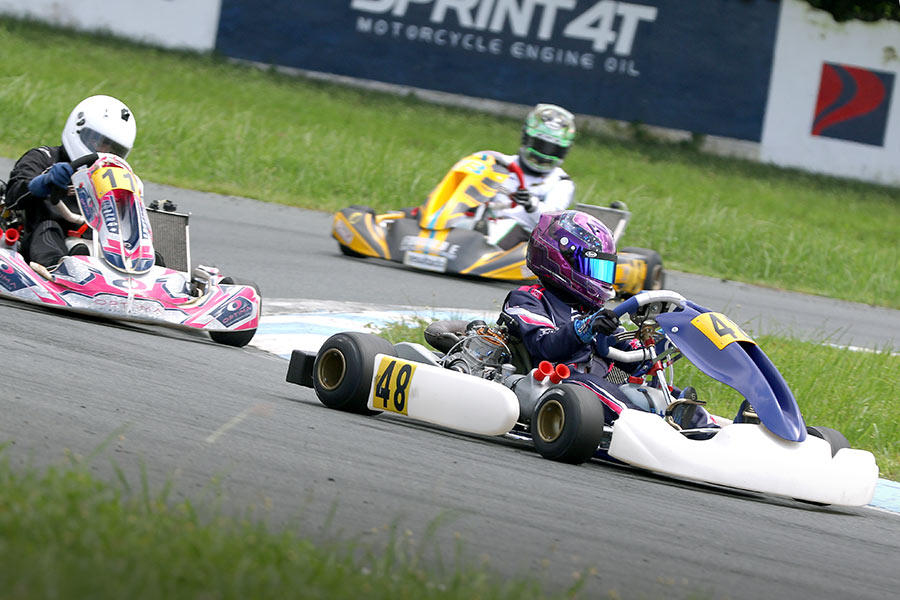 Shrugging off the previous round’s misfortunes, the Quiñones siblings got their heads down and immediately got to work. Miguel didn’t put a foot wrong and swept both Qualifying and Finals clean to take 1st place. His sister, on the other hand, had to wrestle a newly put-together kart and despite last-minute fixes, was able to finish 4th in the Finals and and add to her points tally.

In the end, Miguel Quiñones would secure the Rok GP Senior Class title by 37 points, adding to his growing tally of championship wins with Rok GP Junior and X30 Junior in ’19, and X30 Senior in ’21. This also earns him a special invite to the Rok Cup Superfinal on the 19th/22nd of October where the best karters around the world are set to compete at South Garda Karting in Lonato, Italy.

Shaniah’s efforts over the triple-header also paid off as her results would allow her to climb one spot in the championship and finish 3rd in the Senior Class standings. 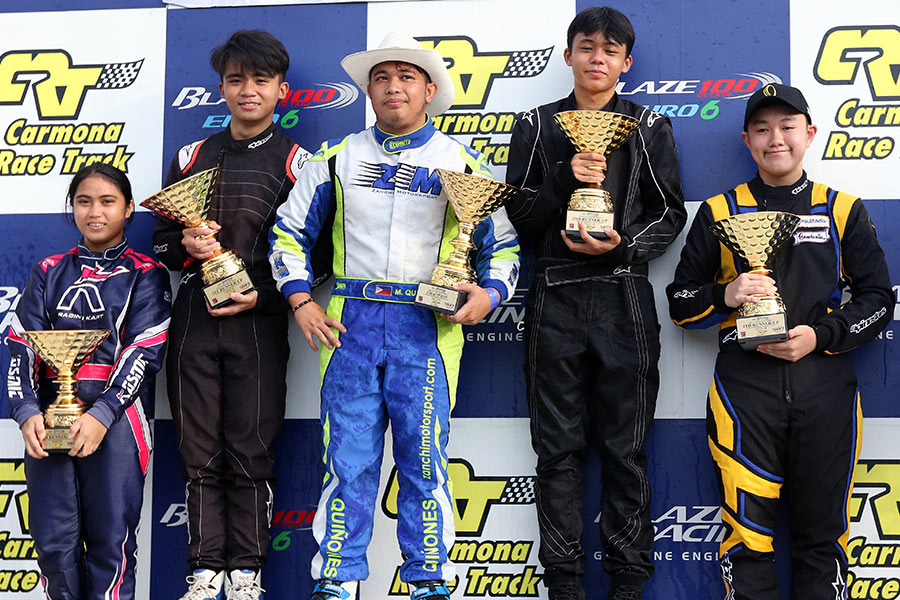 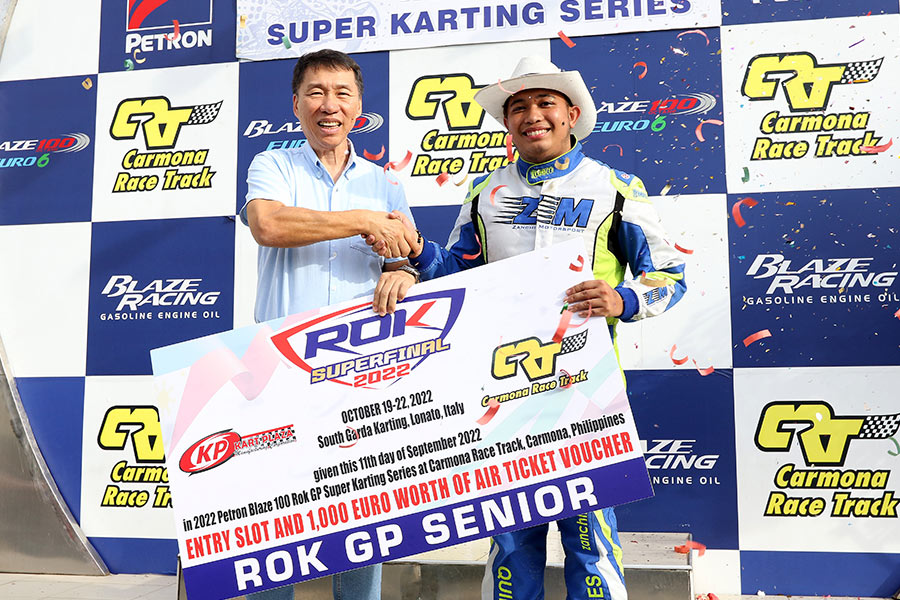 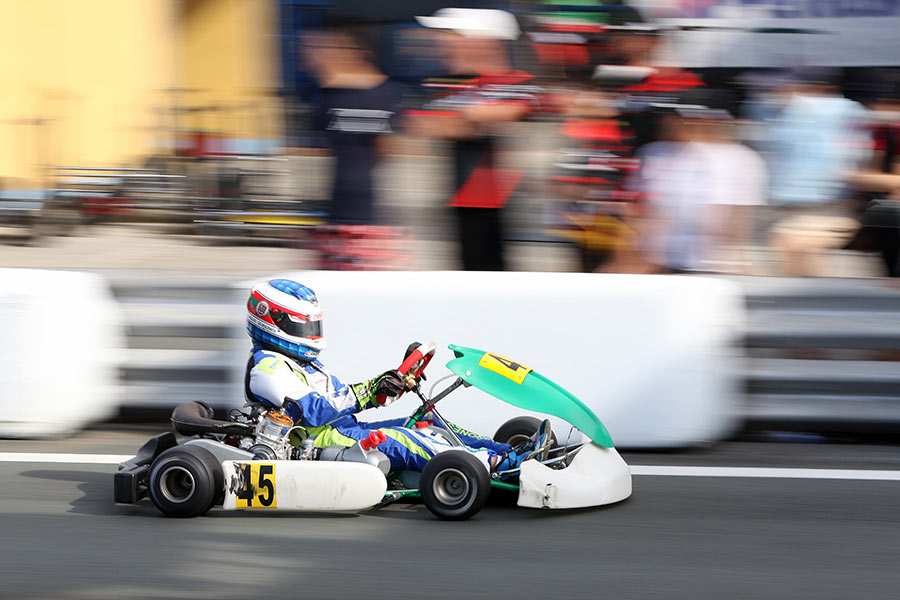 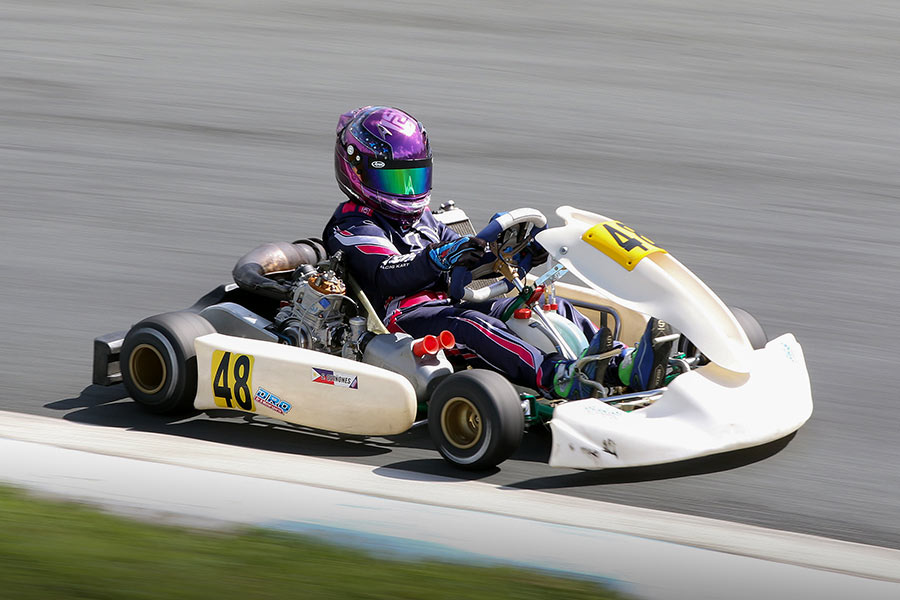