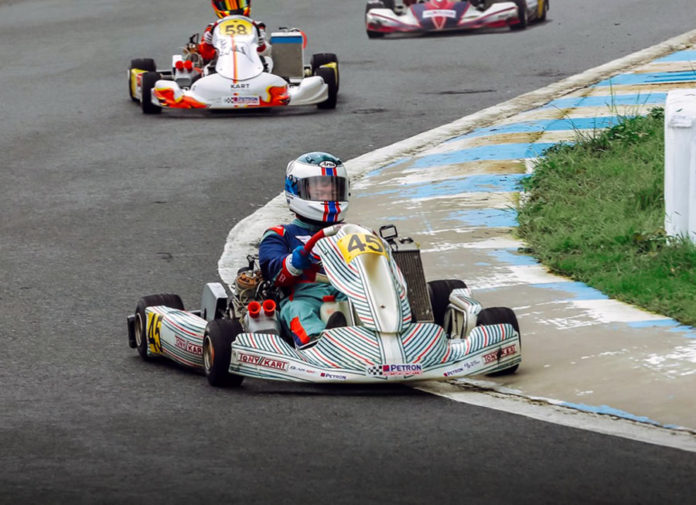 Dr. Q Motorsports driver Miguel Quiñones has just finished wrapping up a dominant season in the Petron ROK GP Super Karting Series over the weekend. The 15-year-old scored a hard-fought and crucial victory during the final race of the year at the Clark International Speedway Kart Track thereby taking the overall Junior Championship.

More importantly, it earned him a coveted slot at the ROK Cup Superfinal in Italy that will see him compete against some of the best karters in the world this coming October. 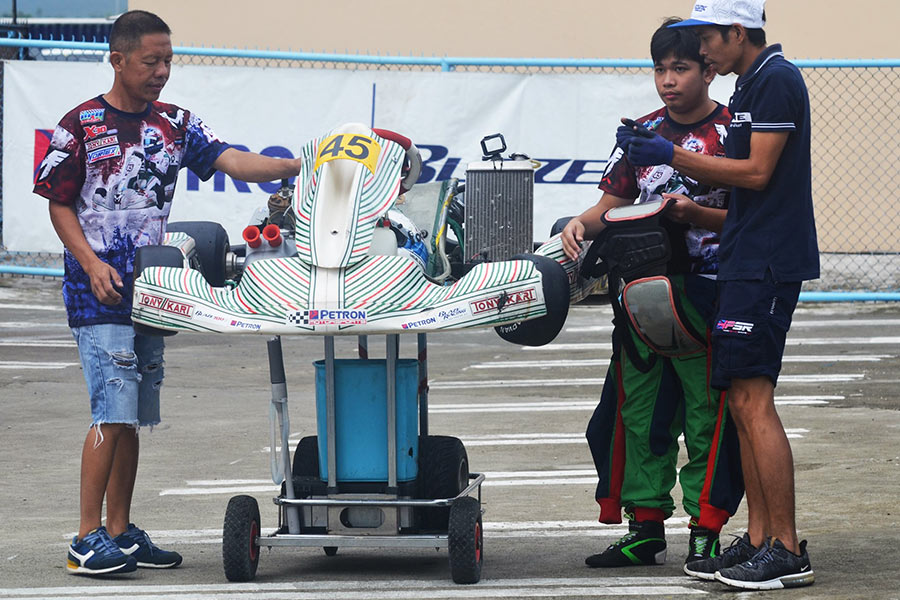 Miguel came into the double-header last August 24/25 with a 40 point lead in the championship. However, he quickly saw his title bid slip away with a troubled run on Saturday. His #45 Tony Kart was not ideally setup for the wet conditions and struggled throughout Qualifying and in both Heats. Although things eventually improved in time for the Finals, enough for Miguel to take the race lead, he was tagged by another competitor that spun him around and placed him dead last.

Showing what a fighter he truly is, Miguel put the previous day’s disappointment behind him and bounced back hard on Sunday. He began the day by setting the fastest time in Qualifying, which he immediately followed up with 3rd place in Heat 1 and 1st place in Heat 2. Then came the all-important, championship-deciding Finals. 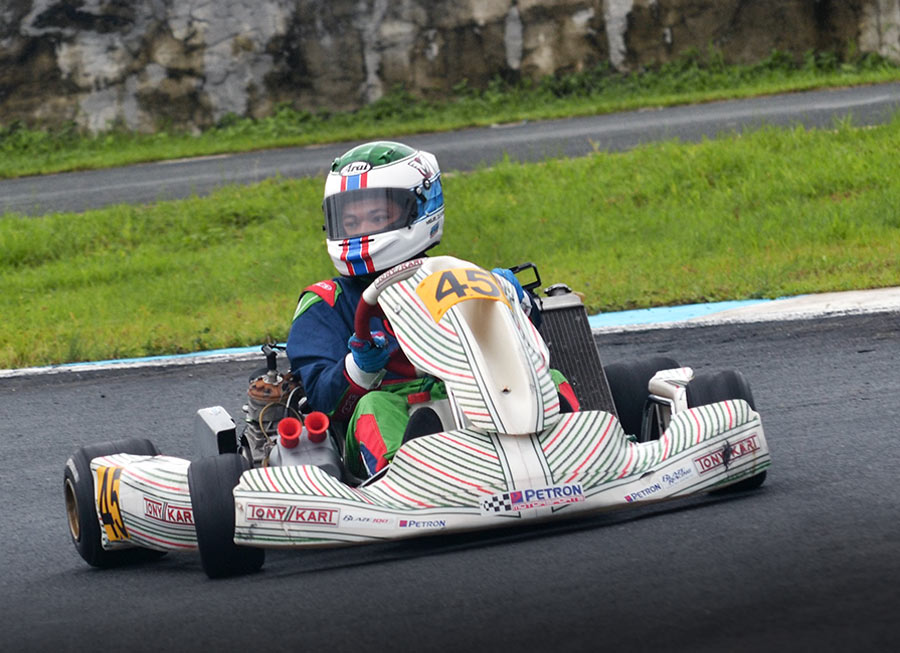 He pulled together everything he learned over the 2 days of racing, with pointers from his coach 2-time karter of the year John Dizon, to assert his dominance in the ROK GP Junior Series. Miguel hounded his rivals throughout the grueling 21-lap race, made his move to secure the lead with only 2 laps to go, and win the season finale with a 3.848 secs advantage along with the ROK GP Junior Crown.

Aside from the championship, Miguel also gets a €1,000 air ticket voucher and an invite to the ROK Cup Superfinal. ROK’s culminating event is held at the end of every season that pits together all the best Rokkers in the world to award the ROK Absolute Champion. This 2019, it’ll be held at the South Garda Karting Track in Lonato, Italy on October 9/13. 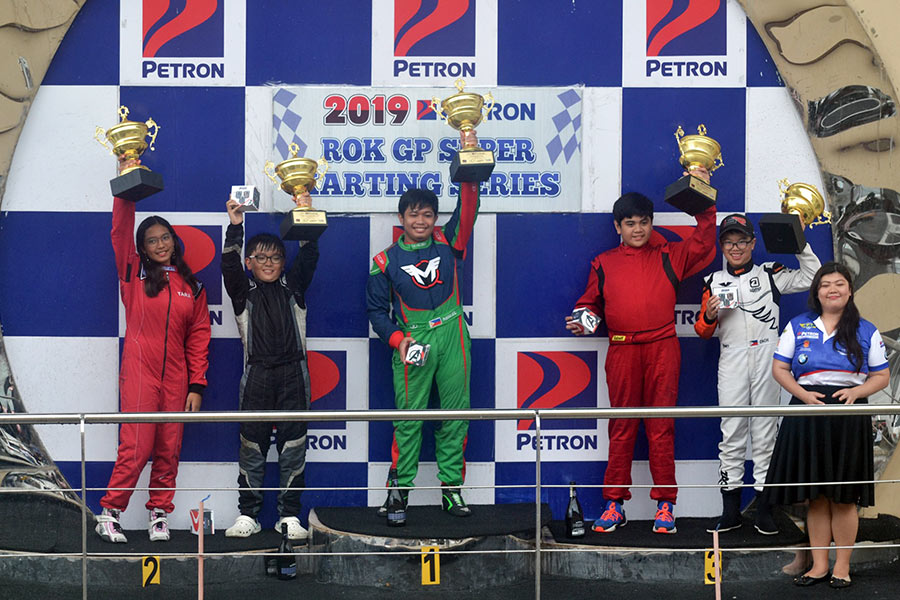 Miguel Quiñones: “It feels amazing to win the ROK GP Junior Championship, but I wouldn’t have done it without the team’s support and my family. Really looking forward to represent the Philippines in Italy in October. My goal is just to do my best, reach the finals, and get at least in the top 10. I want to thank my mechanics kuya Junior Capuyan, kuya Dondon Bautista, and kuya Rickey Besona, my coach John Dizon for helping me during the races and most importantly my parents for working behind the scenes. Without all of them, I couldn’t have achieved this and I am truly grateful.” 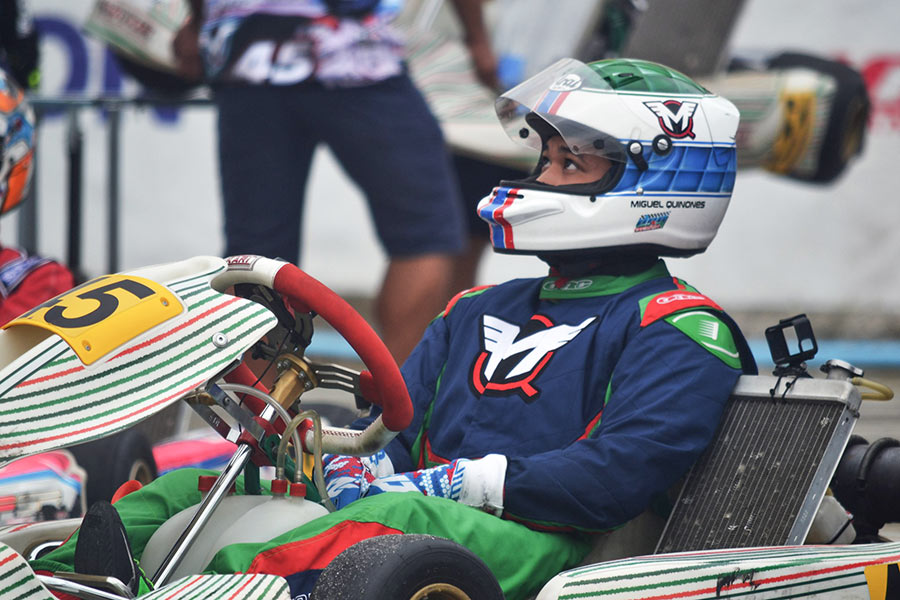 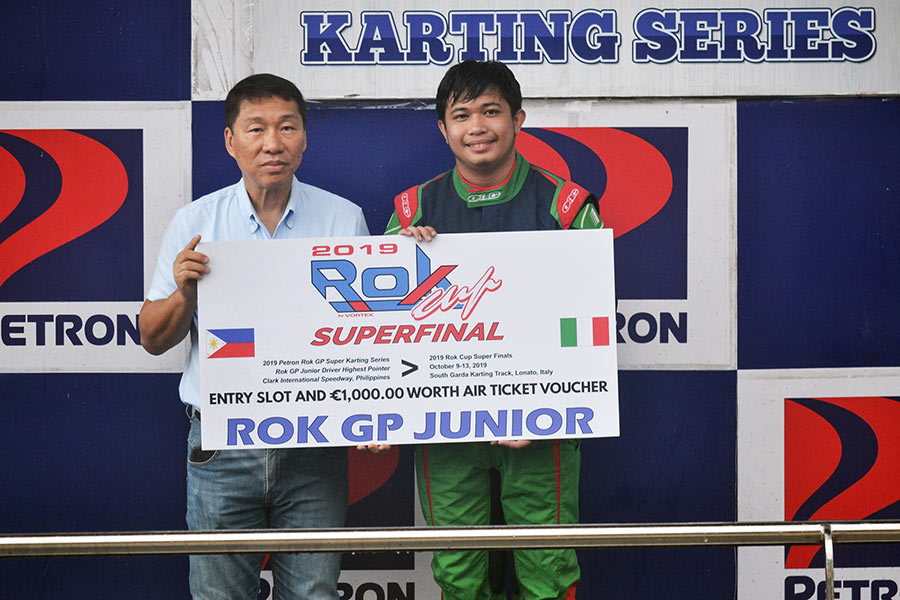