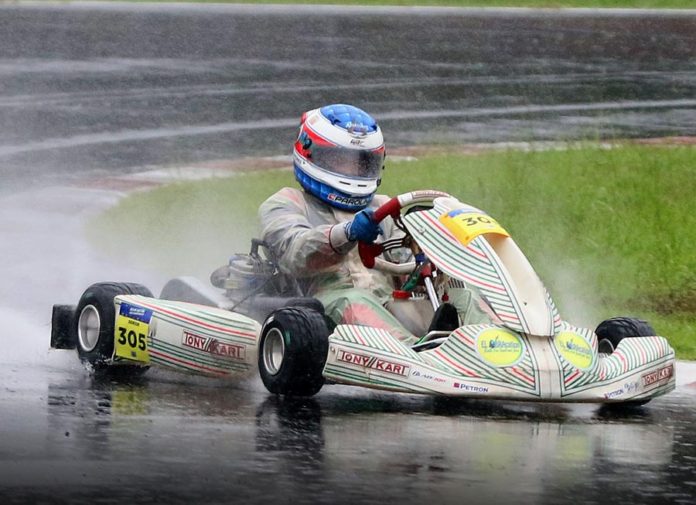 Braving the monsoon rains of Indonesia, Miguel Quiñones made his second-ever race start as a Senior Category driver at the Asian Karting Open Championship’s (AKOC) curtain raiser over the weekend. And despite the difficult weather conditions, the 16-year-old braved a strong downpour during the Finals to secure a class win at the Sentul Karting Circuit.

Miguel didn’t have the best of starts after engine issues hampered his progress during Qualifying that dropped him to dead last. His team Double R Motorsport (DRM Racing Team), however, managed to quickly make repairs just in time for Heat 1 where he crossed the finish line in 8th. But due to worsening conditions, Heat 2 was eventually cancelled with Heat 3 rescheduled to the following day. 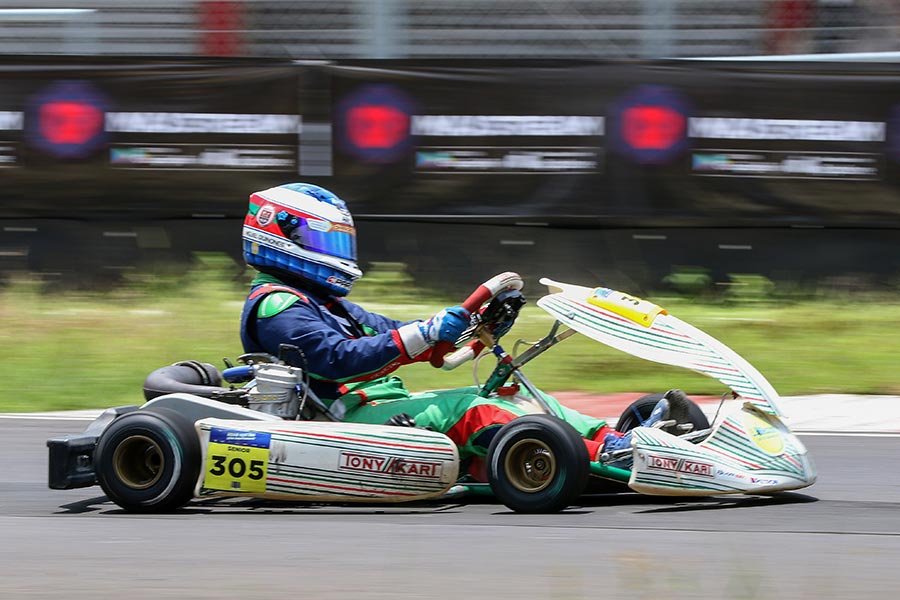 Sadly, Miguel’s misfortunes followed him into Heat 3 where handling issues cost him a good result. Things only got worse in the Pre-Finals after his engine ceased halfway through the race and forced him into retirement.

The team then had to rush to find Miguel an engine replacement, which later paid off during the Finals.

Heavy rain delayed the race start by more than an hour before it was given the green light still under a downpour. Starting from P8, Miguel was able to climb a spot by lap 3 as all karters fought to stay on track amidst the treacherous conditions. He would gain another position in the closing stages and cross the finish line after 25 grueling laps 6th overall and 1st amongst the X30 Senior Class entries.

Miguel Quiñones: “It was a good experience to race at Sentul and I enjoyed it. We had some kart issues early on which affected my results in the heats and pre-finals, but I’m happy with my finishing position in the finals. I want to thank my mechanic Eddiw for working very hard on my kart especially after my engine ceased, to DRM Racing Team for helping me out, and my parents for their never ending support.” 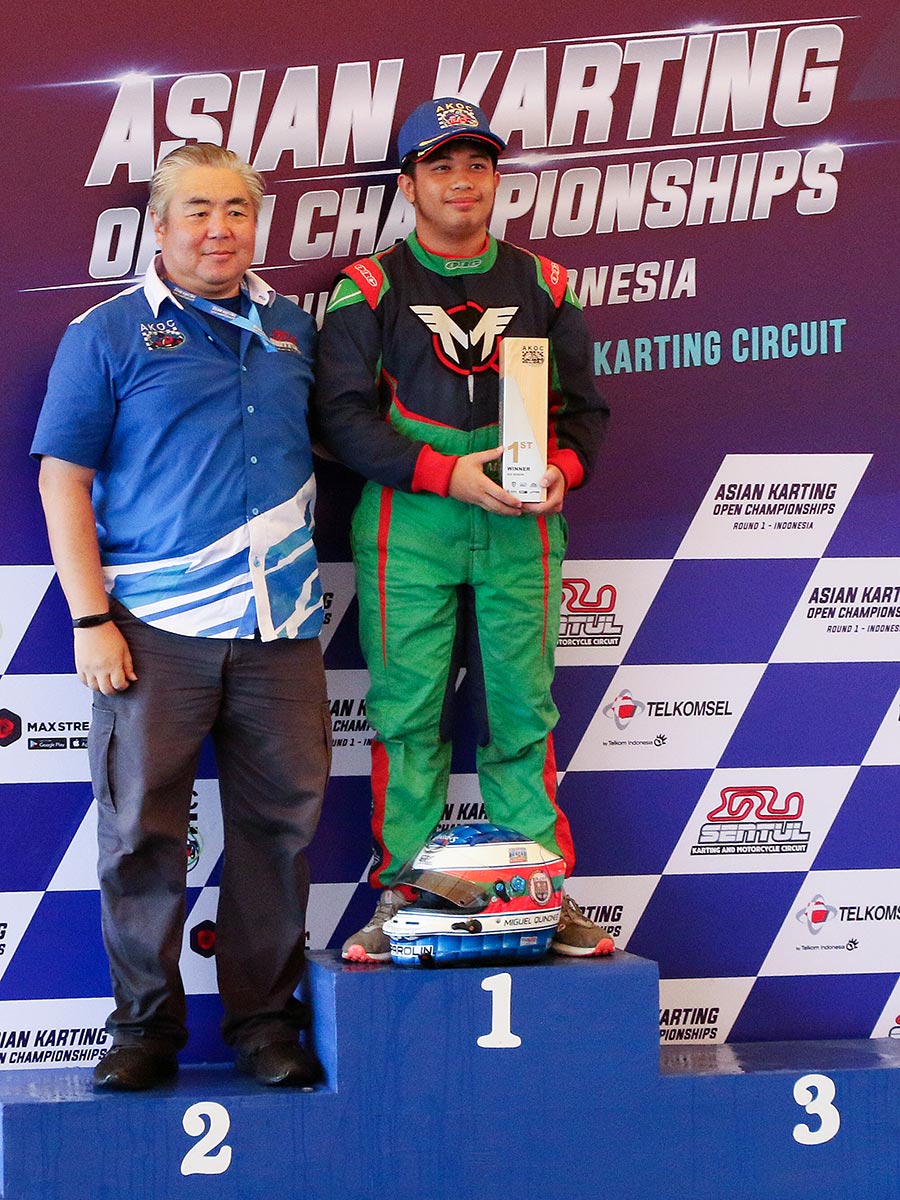 Miguel will be back at the Sentul Karting Circuit just a week later from February 22/23 for the IAME Series Asia’s 2020 season opener.