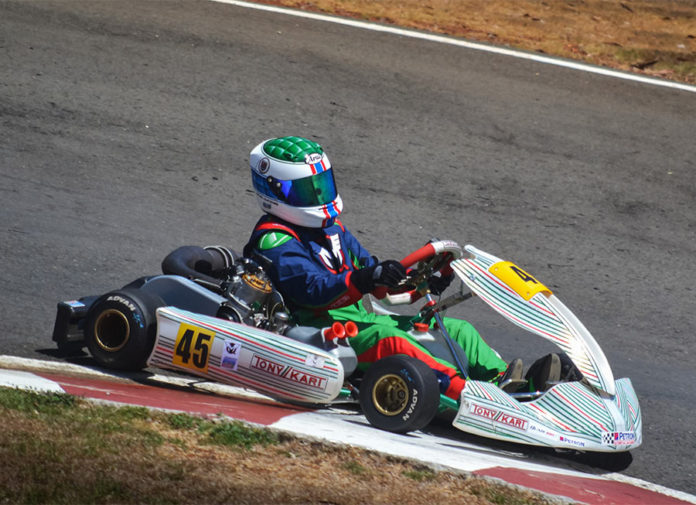 15-year-old Miguel Quiñones only took up karting about a year ago, so it’s quite admirable how much this young gentleman has achieved in such a short time. He summed up his debut season 1st runner up in the X30 Series, ROK GP Cup, and AKOC, picking up several distinctions in the process at the Golden Wheel Awards. And by the looks of it, Miguel has stepped up his game even further this 2019 when he scored a sensational overall win at the ROK GP Cup Philippines last April 13/14.

Driving for Dr. Q Motorsports, this was only Miguel’s second time to visit the Palawan International Circuit. It was also scorching hot that particular weekend with back-to-back rounds taking place on Saturday and Sunday. Yet, he never failed to deliver results on every session from QTT up to the Finals in spite of everything thrown at him. 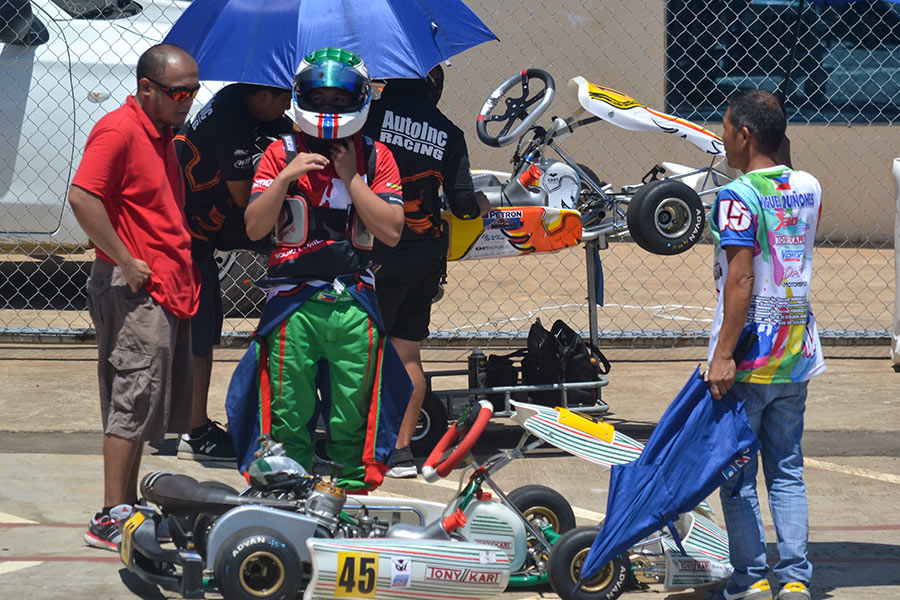 Miguel would share the track with 9 other karters in the combined ROK GP class in Round 1, which included his younger sister Shaniah and big names in karting such as John Dizon and Bianca Bustamante. He was consistently 3rd fastest overall and was the only Junior karter who managed to keep up with both Senior Class drivers.

Though neither he nor Bustamante could match Dizon’s pace during the Finals, Miguel did a stellar job to claim 1st place in the ROK GP Junior Category and 3rd Overall. He also recorded his fastest lap of 1:02.803 around the technical 1.3 km track, improving on his QTT time by 0.439 sec. 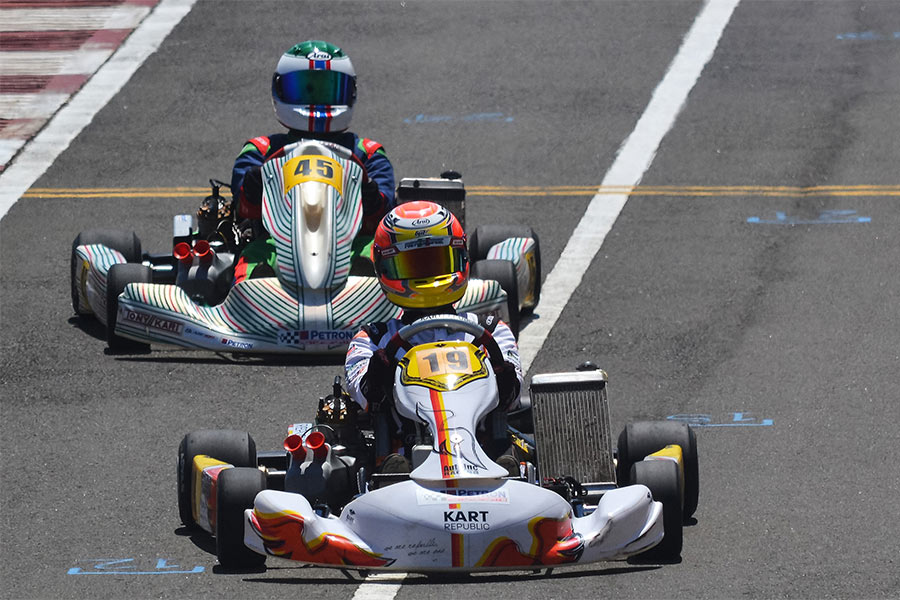 After a good night’s rest, Miguel was ready to get back on his #45 Tony Kart Racer and resume his hunt for that elusive overall victory. This time his motivation came from his mother Maria who was turning a year older on Sunday.

It made a world of difference for Miguel who set the bar high early on and set a personal best of 1:02.100 to Qualify on pole. However, was only 2nd or 3rd at best during the heats losing out to the Senior lady karters Bustamante and Jennifer Tumambing.

Things eventually came together during the all so important Finals. Miguel once again found himself trailing Bustamante and was fully determined to get past. When the opportunity opened up, he spared no thought to dive down the inside and take the lead. The son of multi-awarded aesthetic doctor Ricardo Quiñones then showed his full potential to pull away with a massive 19.291 sec advantage when the chequered flag dropped. This achievement earned him not only 1st place in the Junior Class, but also his very first Overall ROK GP Cup win thus earning him the title as ‘the fastest rising star of karting’. 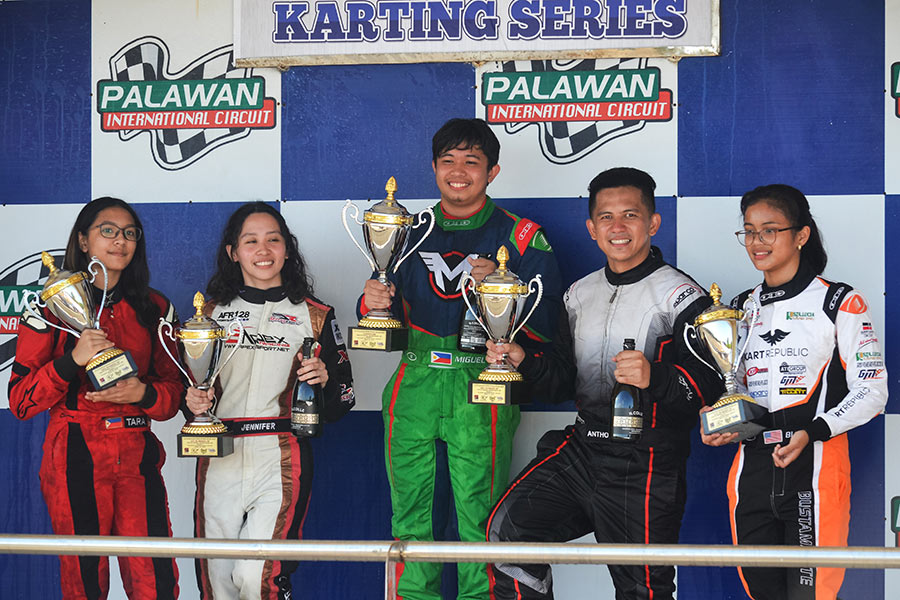 Straight from his ROK GP Cup victory, Miguel is now busy preparing for his next event at the Asian Karting Open Championship (AKOC) to be held at the Red 1 Karting Track in Beijing, China this April 27/28.

Miguel Quiñones: “My ROK GP Cup weekend went really well. Got 1st place in the Junior Category twice in a row and got the Overall win on Sunday which felt amazing. I also strived hard for my mom who’s celebrating her birthday. I want to thank everyone who supported me, my mechanics for doing an amazing job with the kart setup, and my family for believing in me and never giving up.” 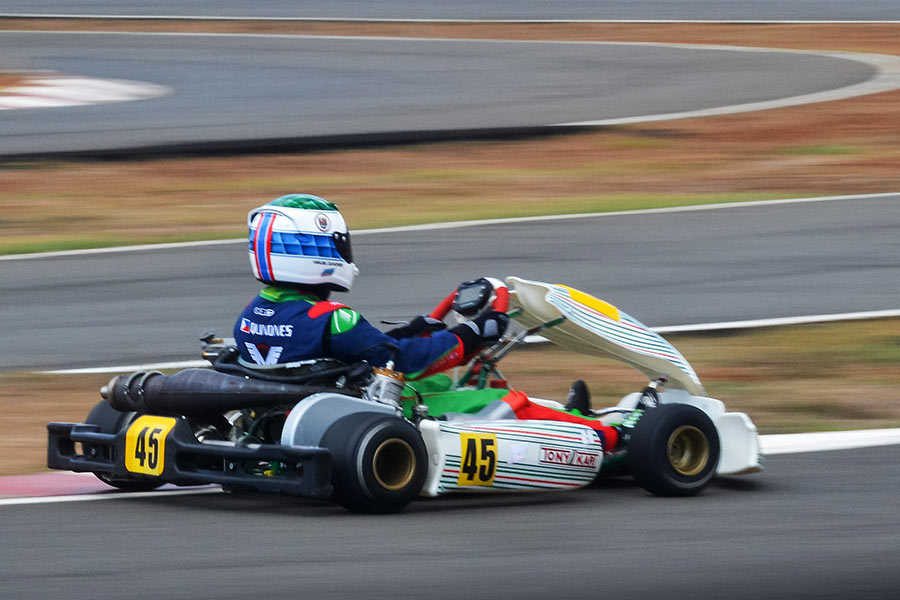