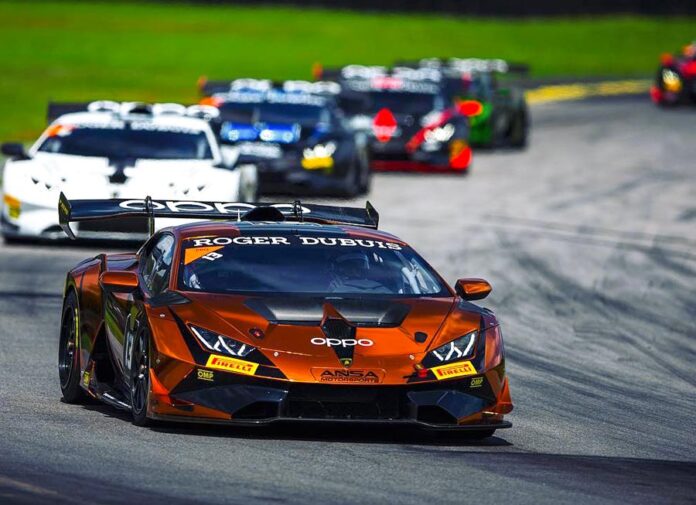 For someone who has never raced in the Lamborghini Super Trofeo North America, Neil Alberico actually did quite well on his race debut over the weekend. He and co-driver Sergio Jimenez even led the race on Sunday at some point, before landing 5th in class at the Virginia International Raceway (VIR).

The Filipino-American driver, who spent years in single seaters and prototypes, commented that the #13 ANSA Motorsport Huracan Super Trofeo EVO was “very different” to the machines he has driven in the past.

“The driver aids in the wet were incredible. Such a fun car to drive,” he commented. And it was evident in his performance. 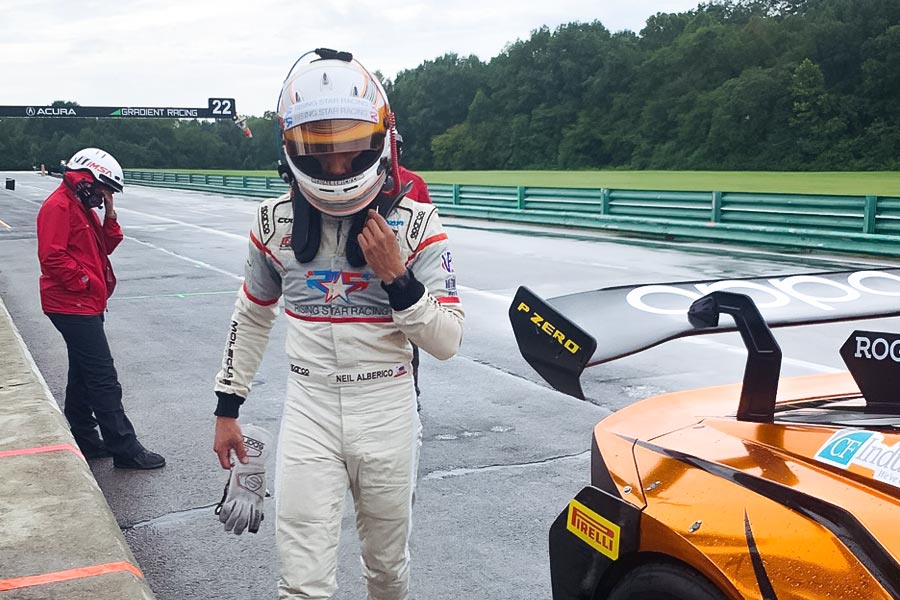 While most of practice was run in the wet, the track eventually dried up in time for Qualifying. Neil managed to set the 3rd quickest lap amongst the Pro Class runners in spite of his limited track time in the dry. Sergio, on the other hand, ended up in 5th during his outing.

A total of 13 entries took to the start of Race 1 on Saturday afternoon. Neil had a clean start and maintained position, but an early mistake saw him lose several positions that dropped them down to P8. Undeterred by the slight misstep, he soldiered on until the mandatory driver change halfway through the race. An error-free stop allowed Sergio to rejoin still in P8 until the chequered flag dropped after 50 minutes of racing, earning them 5th in the Pro Class and 8th overall on their debut. 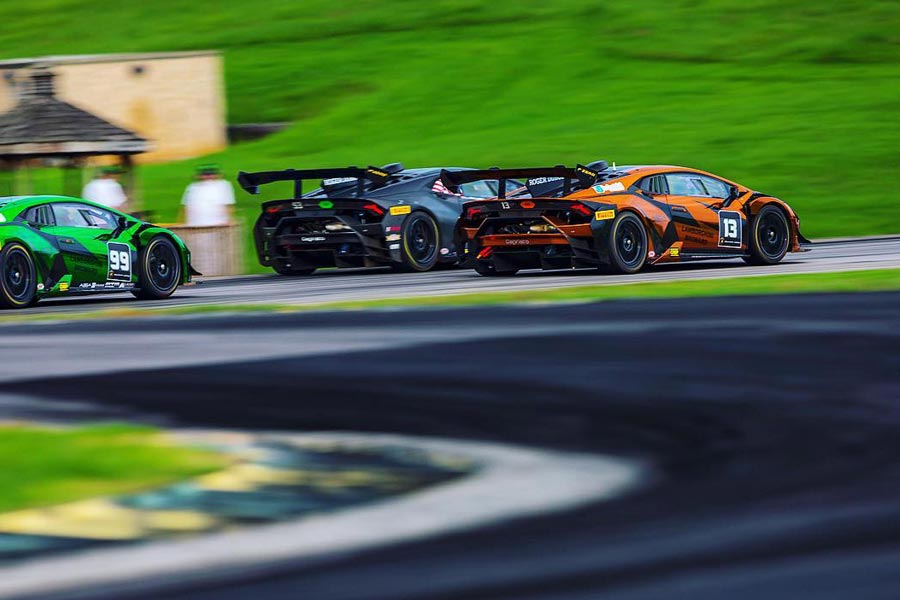 With the previous day’s promising results, both Neil and Sergio had high hopes for Race 2 on Sunday. It was Sergio’s turn to be first behind the wheel and despite starting from P6 on the grid, later found himself in the lead after the front runners decided to take each other out. He managed to keep the Lamborghini Broward-sponsored #13 Huracan Super Trofeo EVO out front for several laps ’til he was unpleasantly hit from behind and spun.

Although the offending party did receive a drive-through penalty for their actions, the damage was done. There was very little Sergio and Neil could do to gain back the positions lost during the 50 minute race and wrapped up their Lamborghini Super Trofeo North America debut weekend with another 5th in class and 8th overall finish. 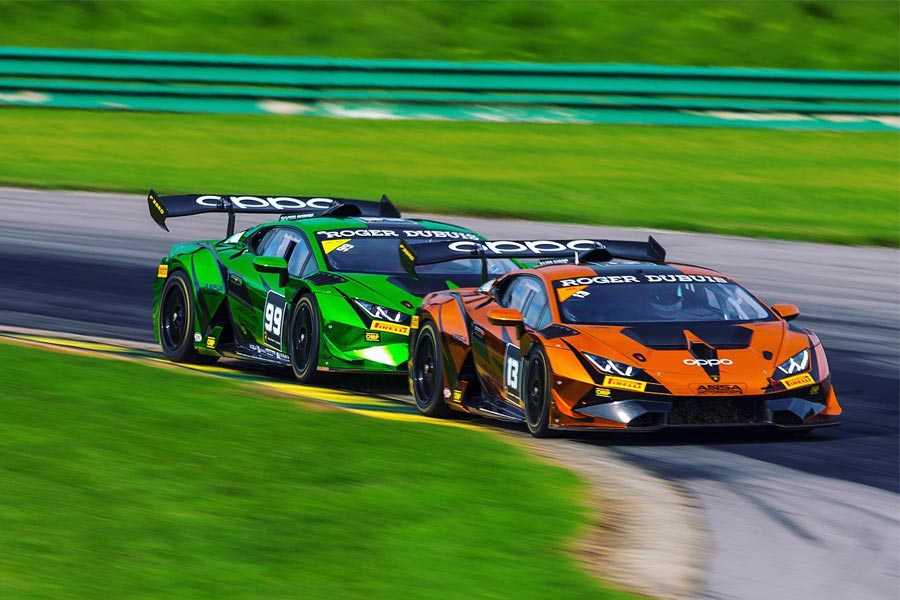 Neil Alberico: “Despite the team and drivers not having any experience whatsoever with these cars we were able to lead a few laps in Race 2. As a team we can be happy with that. We are all looking forward to getting more seat time with this car and challenging the guys at the front for wins in the future.”

The doubleheader at VIR was the 2nd of 5 rounds on the Lamborghini Super Trofeo North America 2020 calendar. Neil, Sergio, and ANSA Motorsport will all be aiming for better results once the races resume this September 4/6 at the Michelin Raceway Road Atlanta.

Neil Alberico is supported by ANSA Motorsports and Lamborghini Broward.