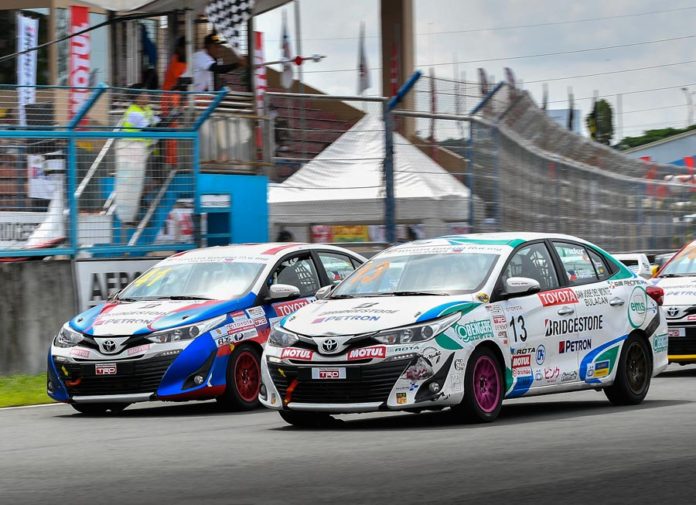 Obengers Racing has been a dominant force in Toyota’s one-make-race ever since its inception, winning 3 drivers’ titles in the last 5 years. And despite the switch to the new Vios OMR Gen 2 chassis (and a rebrand of the series to the Vios Racing Festival), they were able to produce another champion and secure the team’s title in 2019.

Sporting Class
John Dizon and Marc Soong were the early pace-setters during the season finale last November 8/9. Marc, in the Make-A-Wish Foundation-liveried #77 car of Toyota Balintawak, easily qualified on pole position with his teammate John lining up right beside on the front row of the grid of the Clark International Speedway (CIS). 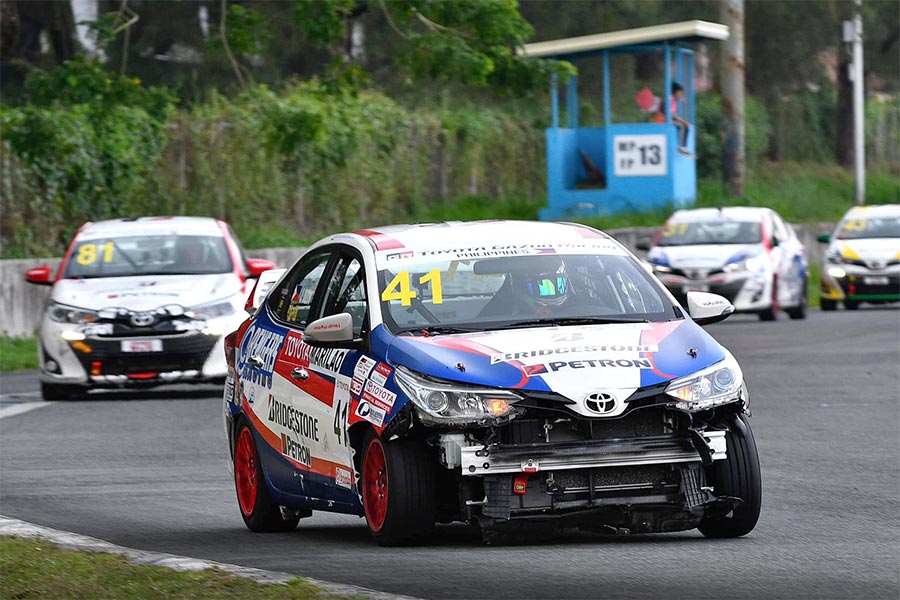 As the defending champion, John wasted no time in taking the lead of Race 7 to keep his title hopes alive. He would open a commanding 6.480 secs advantage over Marc when the chequered flag dropped to give Obengers Racing a 1-2 finish to kick start the race weekend.

The reverse grid in Race 8, however, didn’t bode well with John who struggled in the mid-pack scuffle and ended up in 6th. In contrast, Marc enjoyed his time on track and climbed 3 positions to secure another 2nd place finish. 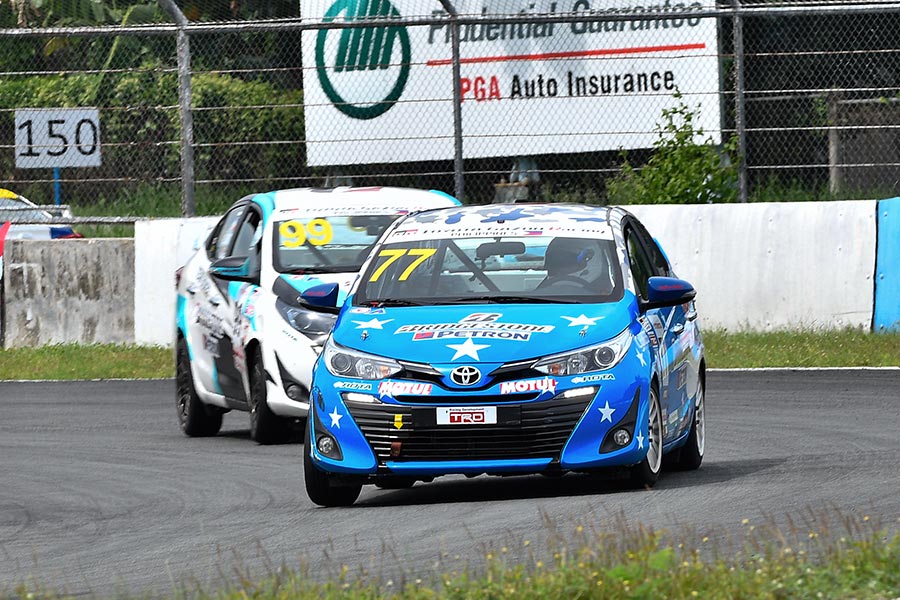 With the championship still within reach, John made the difficult task of charging from P7 all the way up to P1 in Race 9 look easy. Although he did cross the finish line in 1st and set the fastest lap of the race in the process, it was unfortunately not enough to win him the title and missed it by 8 points. Marc’s strong, consistent performance also came to an abrupt end when he was taken out during the first lap pileup. But despite the less than ideal conclusion to the year, he’s just happy to have raced against some of the best drivers in the country. 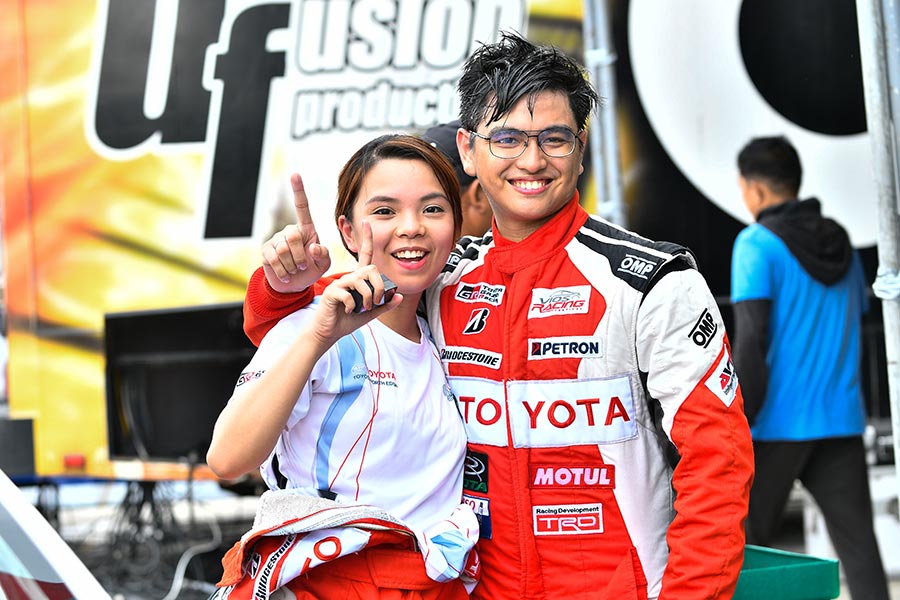 Promotional Class
Sim racer-turned-race car driver Quattro Adriano most certainly impressed on his Vios OMR debut season. The Nissan GT Academy finalist collected no less than 2 wins and 3 podium finishes leading up to the final event of they year. He then took no prisoners during a bold run to win both Race 7 and Race 8 to be crowned as the Promotional Class champion with a race to spare. And thankfully he did as he was one of the unlucky few that was forced into retirement in Race 9’s opening lap clash.

“I’m very happy to be champion on my debut year, but it would be a lie to say that I’m completely satisfied with my performance,” he commented. “As a beginner, I learned a lot of new things, specially the do’s and don’ts. There are still a lot of things I need to improve on. I just hope there are more chances in the future to apply those lessons.”

He now joins the ever growing list of champion drivers from Obengers Racing that includes Luis Gono, Daniel Miranda, and John Dizon. 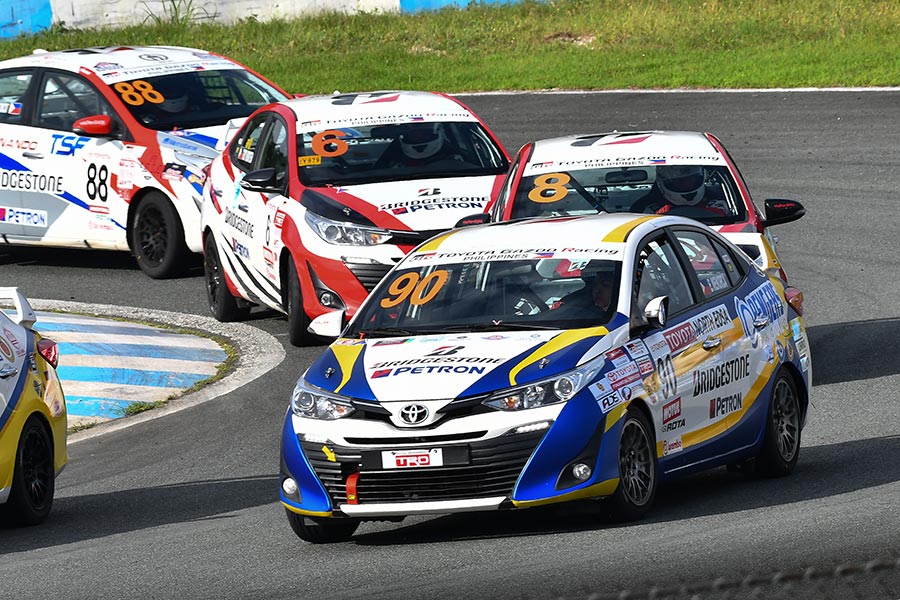 His better half, Elysse Menorca, would eventually share the podium with Quattro in Race 8. A charge from P6, after a difficult opening race, netted Obengers Racing’s lone female driver 3rd across the line on Saturday morning. She then inherited the lead from Quattro’s DNF to take the chequered flag 1st amongst the Promotional Class runners. However, a post-race penalty dropped Elysse to 2nd, thus handing the win to teammate Julian Tang.

Very much like Quattro and Elysse, Julian also had the class championship in his sights. It’s hard to believe that this is his very first year in motorsports, yet score 2 wins and 2 podiums in the first 2 events of the season. He followed this up with a 3rd place finish on Friday, a frustrating 5th on Saturday morning, before taking 1st in the final race of the weekend. 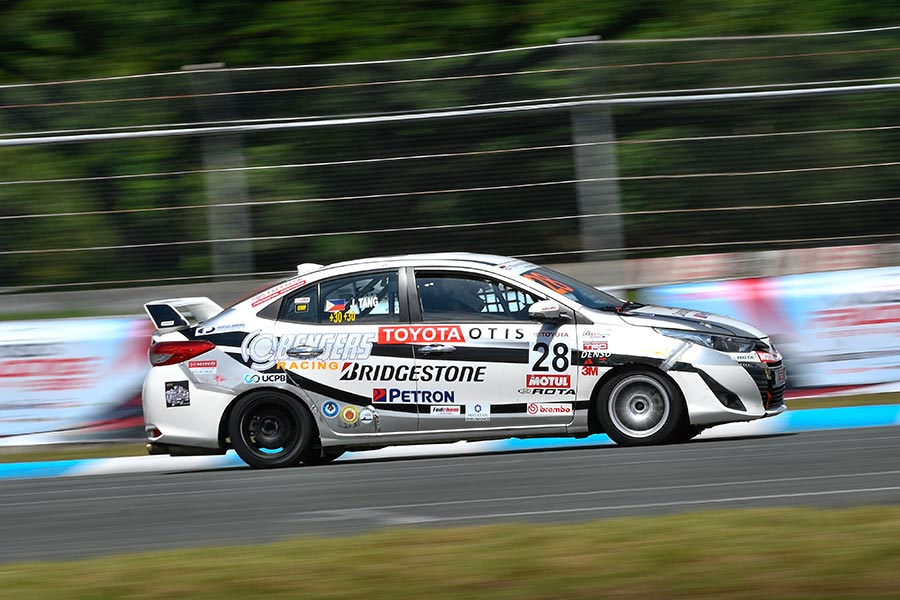 The trio were practically unchallenged throughout 2019, earning Obengers Racing 1st, 2nd, and 3rd spots in the Promotional Class championship. Adding to this, the combined efforts of John Dizon and Elysse Menorca would give the team another reason to celebrate as Toyota Balintawak-Obengers wrap up the year as Team Champions, while the pairing of Marc Soong and Quattro Adriano comes in a close 2nd. 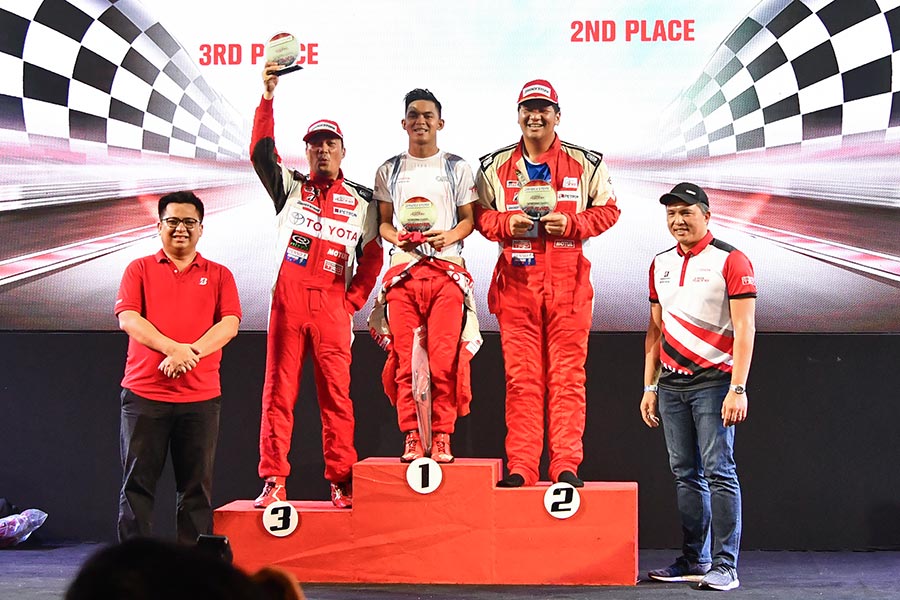 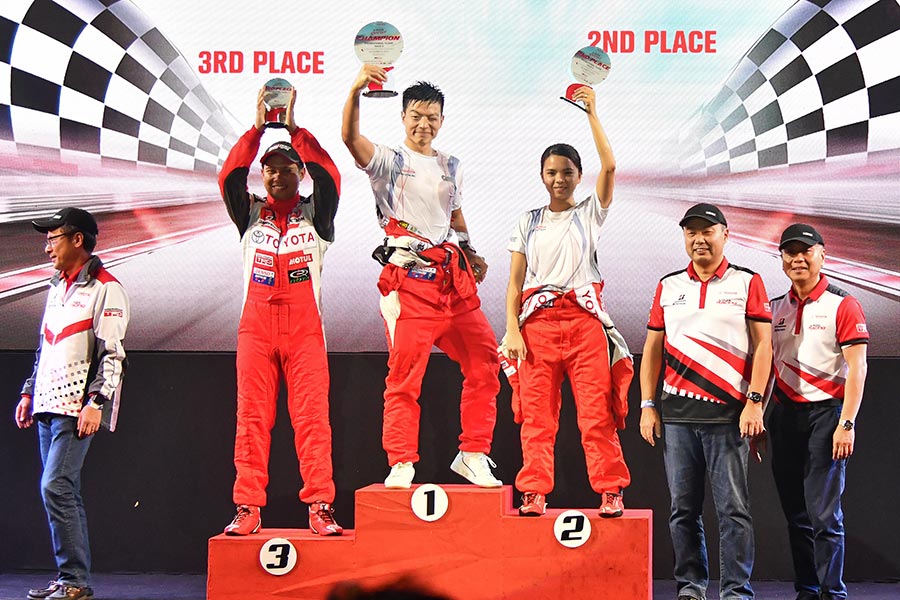