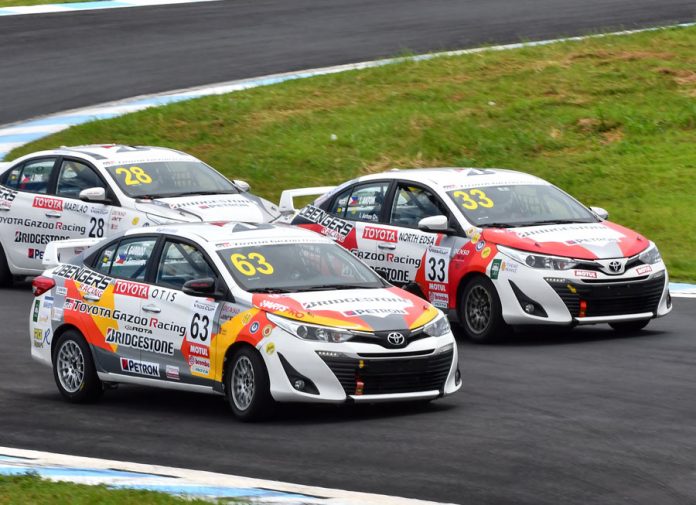 It’s mission accomplished from the biggest team in this year’s Toyota GAZOO Racing Vios Cup. Between their 8 drivers, Obengers Racing ended up with 4 race victories and 8 podium finishes across 3 categories. All of these trophies were collected during the season opener at the Clark International Speedway (CIS) last July 16/17. 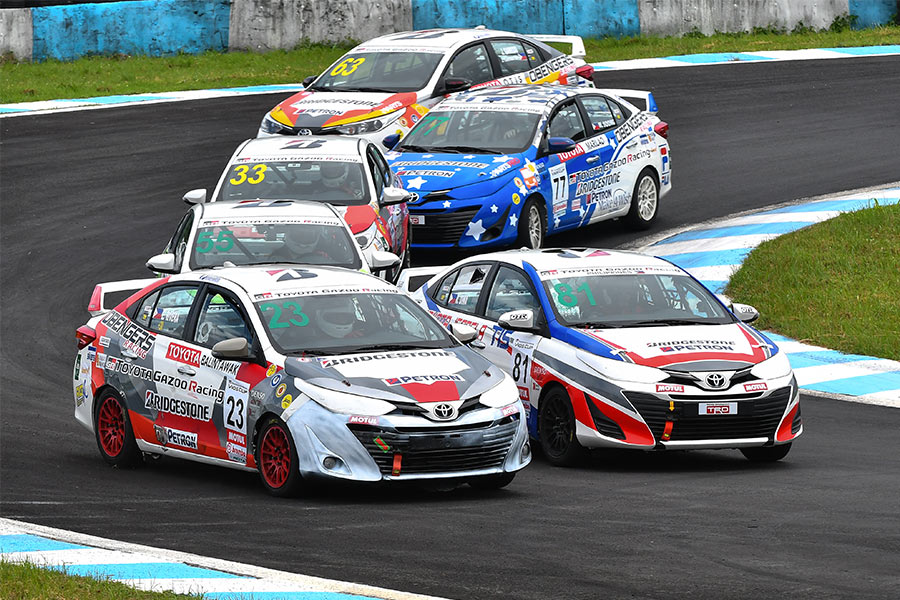 Super Sporting Class
Estefano Rivera lead the team’s charge by starting from pole in Race 1. Although a slow getaway dropped him down to P5, the reigning Formula V1 Champion clawed his way back up the standings to come out back on top. He would take Obengers Racing’s first win of the 2021 season on Friday afternoon with a 1.758 sec advantage. Marc Soong, on the other hand, managed a respectable 5th in class despite having very little seat time ahead of the race weekend.

Estefano lost ground in Race 2 the following morning, but was still quick enough to take 3rd across the line. Marc was only a few places behind with another strong 5th place.

What would have been another victory for Estefano, however, was swiftly taken away by the stewards. His #23 Vios OMR was deemed to be underweight after Race 3 and undid all his hard work. Marc later benefited from his misfortunes and snatched an unexpected 3rd place in the #77 ‘Make-A-Wish-Foundation’ entry. 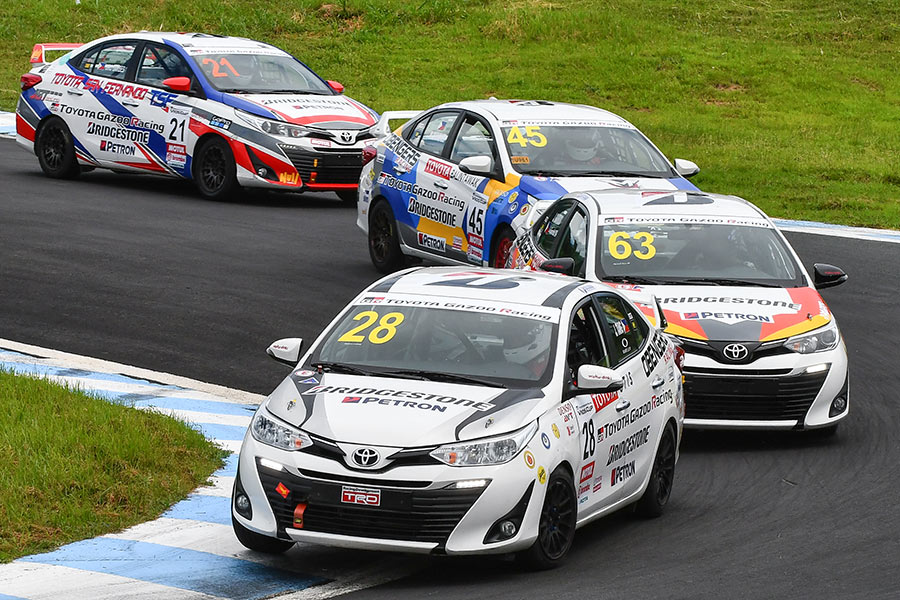 Sporting Class
It was a 3-way-battle between teammates Iñigo Anton, Julian Tang, and Joaquin ‘Wakkeen’ Garrido at the top of the Sporting Class. The youngsters exchanged positions in Race 1 with Iñigo coming out of top on his Vios Cup debut. Julian crossed the line 2.528 secs behind in 2nd with Wakkeen a further 8.310 secs adrift in 3rd, completing a full Obengers Racing podium. Miguel Quiñones was in close 4th to his teammates, while Elysse Menorca struggled with an ailing car that left her in a lowly 7th.

The trio exchanged places in Race 2 with another 1-2-3 finish for the team. This time tough it was Julian’s turn to take the top spot of the podium with a massive 9.699 sec lead ahead of Wakkeen. Iñigo put up a strong fight to his teammate and was inches away from Wakkeen’s rear bumper when the pair crossed the chequered flag. Miguel was running in P4 most of the race, but contact with another driver dropped him down to 6th. Sadly, Elysse’s woes continued to haunt her on Saturday with overheating issues forcing her into a DNF only 6 laps into the race.

Iñigo quickly proved that he had what it takes to fight with the big boys and rubbed elbows with the Super Sporting Class drivers in Race 3. He secured another race victory in the process with Julian joining him on the podium in 3rd. Miguel came close in 4th, while Wakkeen finished in 6th after an off-track excursion. 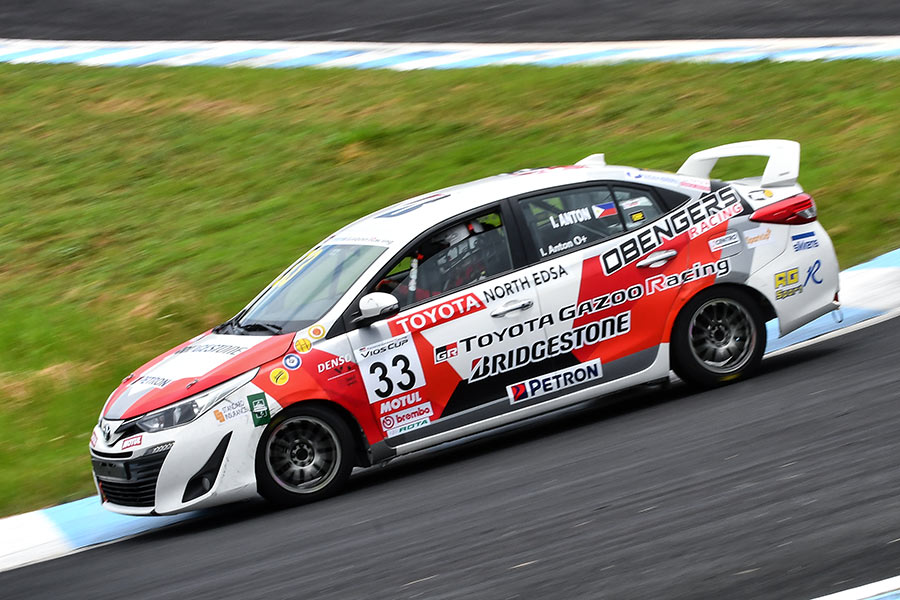 Promotional Class
Julia Delos Angeles had a memorable experience on her debut outing with a new team. Qualifying P4 in the Promotional Class, she fought hard to take 3rd in Race 1 earning her first-ever podium finish in the 3 seasons she has raced in the Vios Cup.

Although she missed out on the podium in the succeeding races, her on-track battles were valuable learning experiences that should help her improve in the next event. Julia completed Race 2 in 7th and was 6th in Race 3.

There’s going to be a long 2-month break before the Toyota GAZOO Racing Vios Cup resumes on the 10th/11th of September 2021. 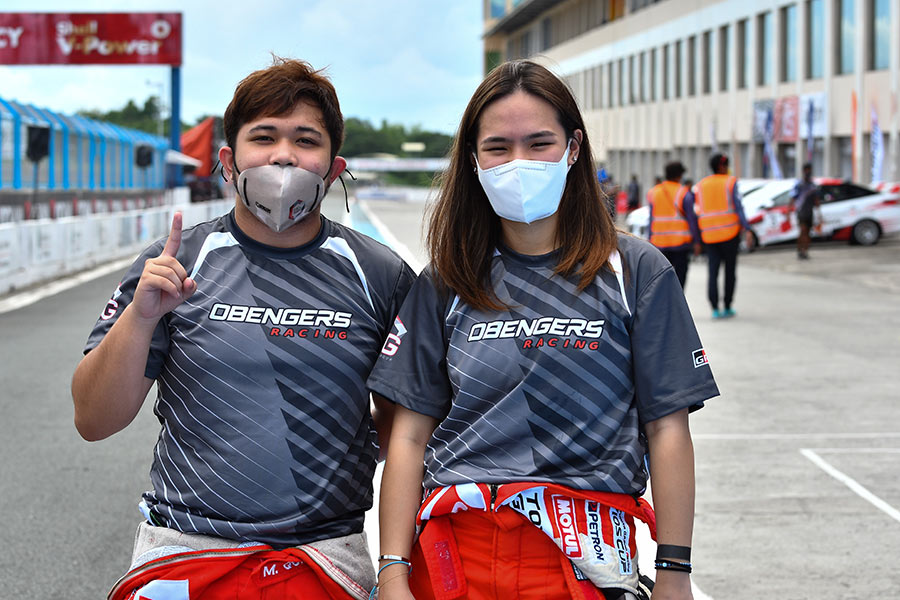 Cosco Oben, Obengers Team Owner: “I would like to congratulate all of our drivers, mechanics, coach Roland, and manager Pao for all the wins we got last weekend. Special mention to our sporting class driver Iñigo Anton for having such a phenomenal weekend on his first ever Vios Cup experience. I’m so proud of him not only because of his great racing talent but for being such a fine young boy with good moral values. He is a perfect fit to the kind of culture we are trying to promote in our team and in our group of dealerships. I see our 8 core values fully embodied by this boy and that honestly makes me very happy and proud that he is a part of Obengers. We are so happy and excited to be back in racing and on the podium! We will be better on the next leg for sure.” 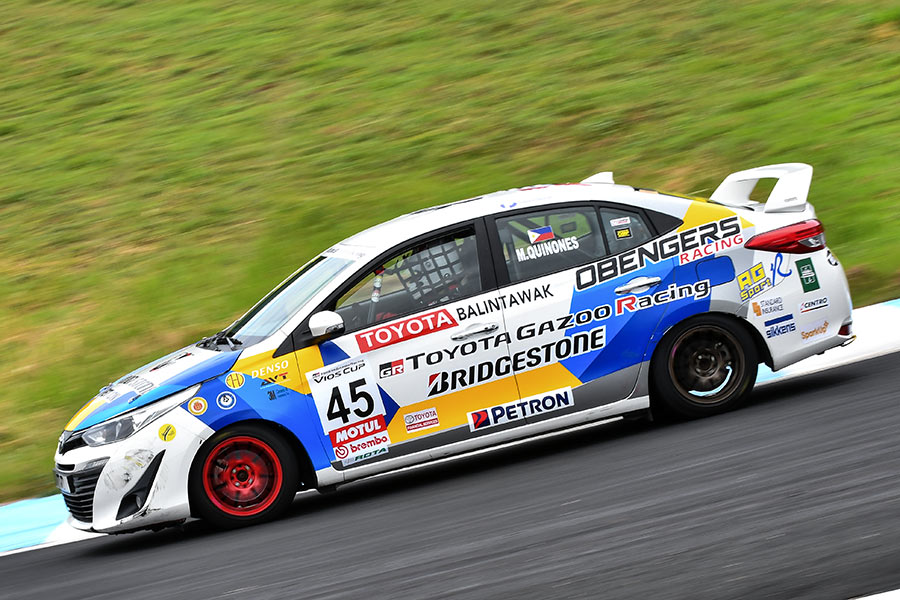 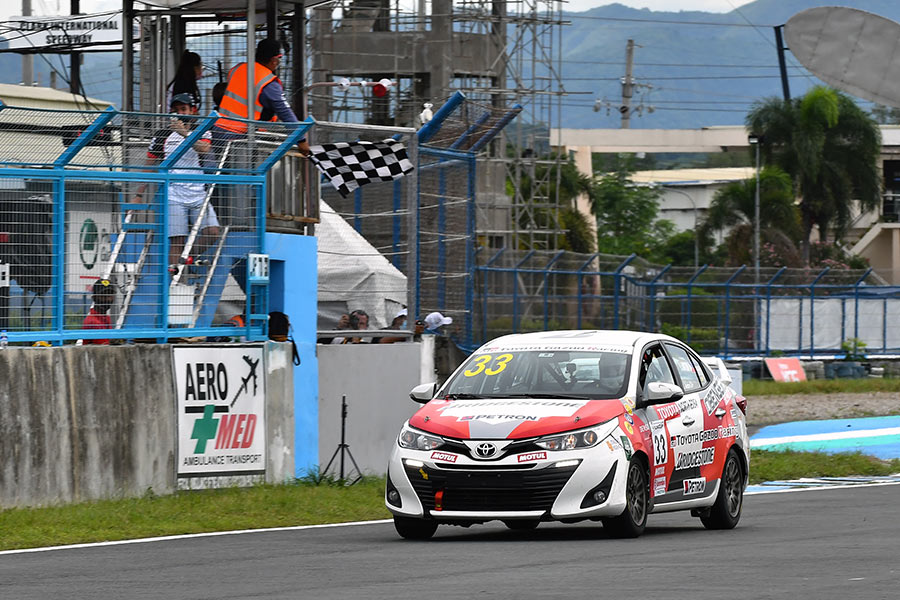 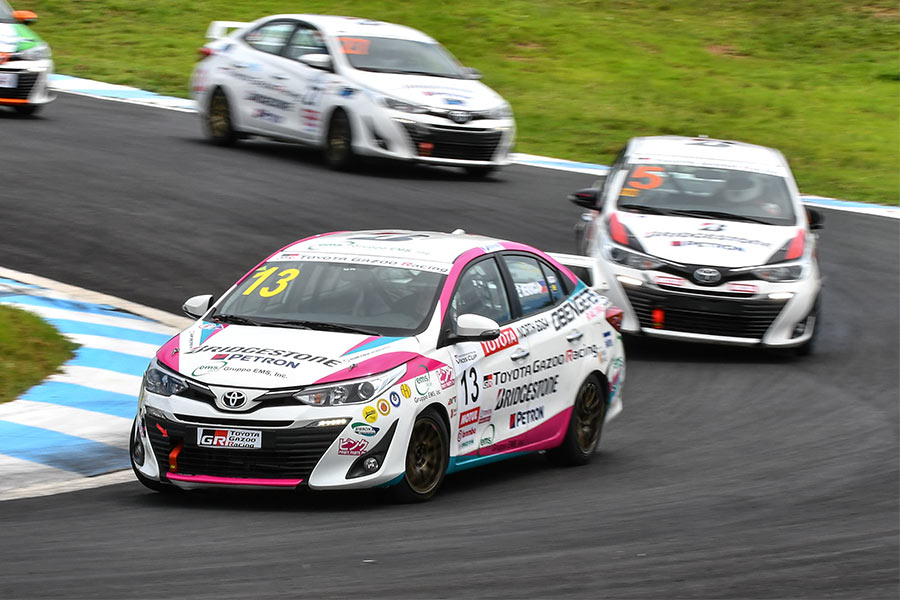 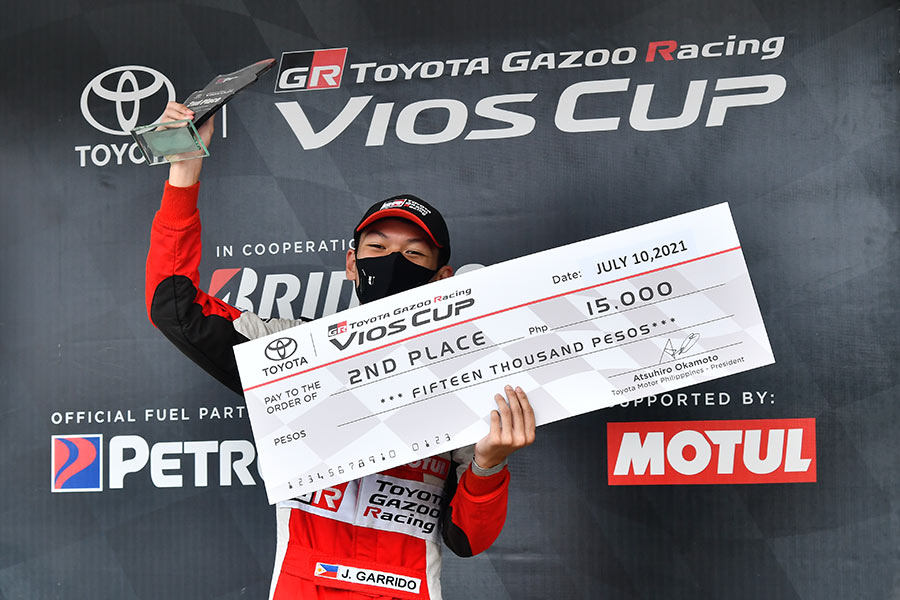