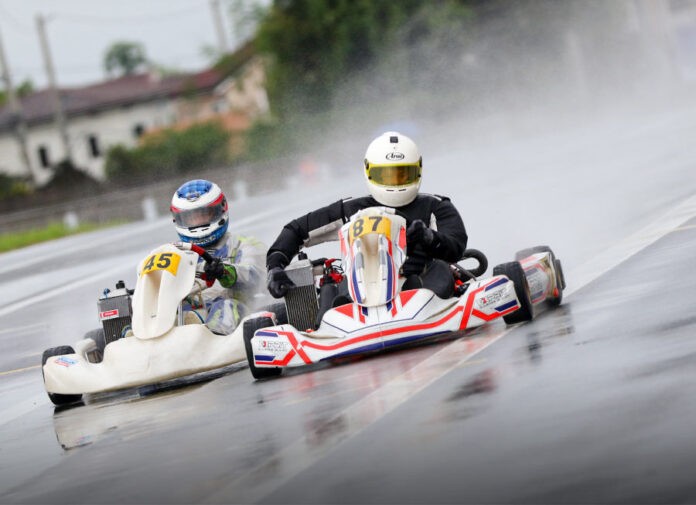 2 expired painkillers, 1 multivitamin, and 1/2 a serving of pre-workout. That was the ‘secret formula’ that got Oliver ‘Oyi’ Aquino through 2 grueling rounds of the Rotax Max Challenge Philippines. And not only did this 40-year-old manage to survive the race weekend, but he almost beat a quadruple champion less than half his age.

With over 20 years of experience under his belt, this karting veteran now spends more time racing in the sim (under his alias Oyi 87) than on track. But when the opportunity presented itself back in July, he grabbed it with no hesitation and immediately suited up. 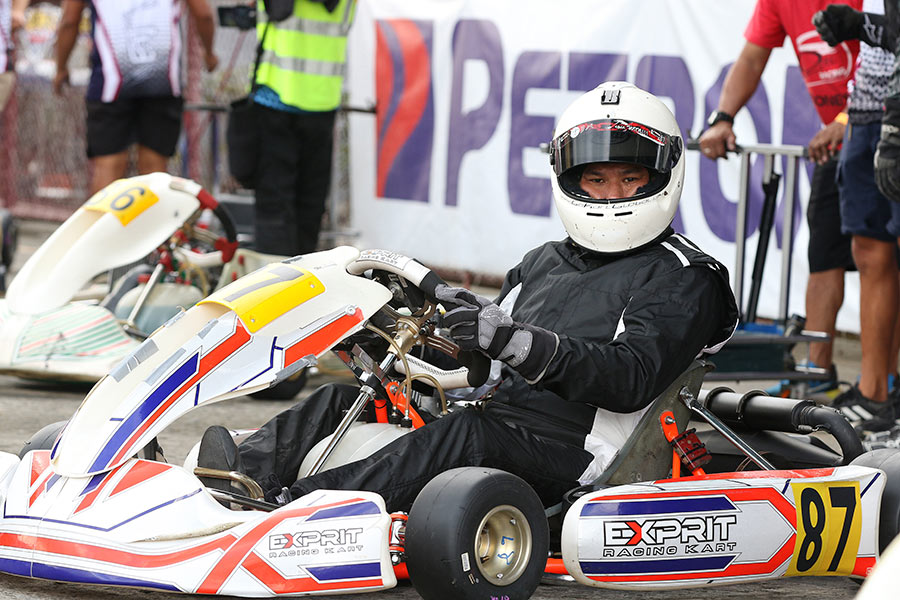 Oyi was actually at the Carmona Race Track (CRT) to look after twin brothers Hendrik and Henzley Young who were there to compete in the Rotax 125 Senior Class with the Mercedes Young Driver Development Philippines. As Hendrik was unwell that weekend, Oyi drove his #87 kart instead to tune the setup and provide pointers for his brother Henzley with team technical director Richard Peek on watch. Wanting to scratch that racing itch, the old school karter took his chance and asked Hendrik if he could race his kart to which the youngster gladly obliged.

Although it has been a few years since his last competitive outing in Carmona, albeit the change in surface, the rhythm is pretty much the same Oyi shared with us. He managed to get into the 44 secs range during Time Trial in the morning, but still behind his student Henzley who was 4th fastest on the time sheets. By the Qualifying Heat  he got down into the 43s in the putting him 7th on the road. What you have to understand though is that he’s competing in the Masters Class for drivers 35 years and above, which shares the same grid with the Senior Class karters who are still in their teens. It’s also worth considering that  Oyi is lugging around an 8kg ballast around his nether regions. 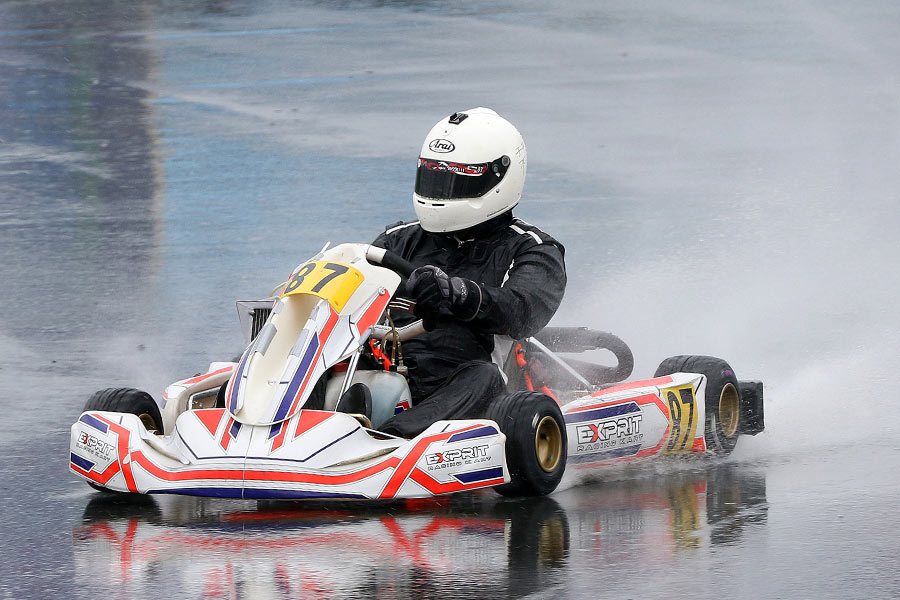 To an extent, the rain during the Finals of Round 3 played in his favor mainly because the lesser G-forces are easier on his already-bruised ribs. Fighting past the pain, with the help from some pain killers, the veteran showed that he hasn’t lost any of his speed. He would cross the finish line 3rd overall behind a pair of Senior Class karters.

But this was not even his best drive of the day. That came later in the afternoon. Oyi kicked things up a notch for Round 4 and was out to prove a point. 3rd overall in Time Trial and just 0.247 secs off pole sitter Miguel Quiñones who happens to be the reigning Senior Class champion. After making some adjustments to the kart, he was back at it in the Qualifying Heat and again finishing 3rd – 0.744 secs behind Miguel and Gabriel Carag after 12 laps of racing in the rain. 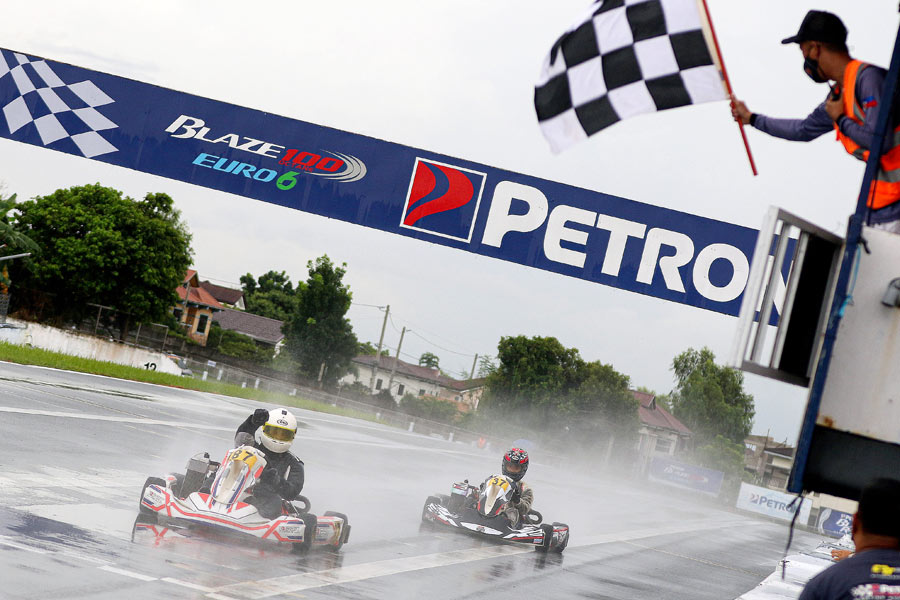 Come the all-important Finals, all the pain simply went away and Oyi flipped the switched ON. He quickly disposed of Carag in 2nd then had his crosshairs set on Miguel. Utilizing every single trick in the book, he put the ‘school’ in old school and showed this grid full of young karters that this old soul hasn’t lost any of his speed. The #87 kart eventually found a way past and for the first time in a very long time, a Masters Class driver was leading the race.

However, after leading for a good number of laps, he held back. “He’s not in my class and I just wanted to test him,” he recalled. “Also, it was Blue’s kart.” Oyi relinquished the lead on the very last lap, and with a big smile on his face took the chequered flag 2nd overall and 1st in the Masters Category.

Hendrik came to congratulate his mentor by the day’s end and quipped I know you wanted to do it, but thank you for saving my kart.” 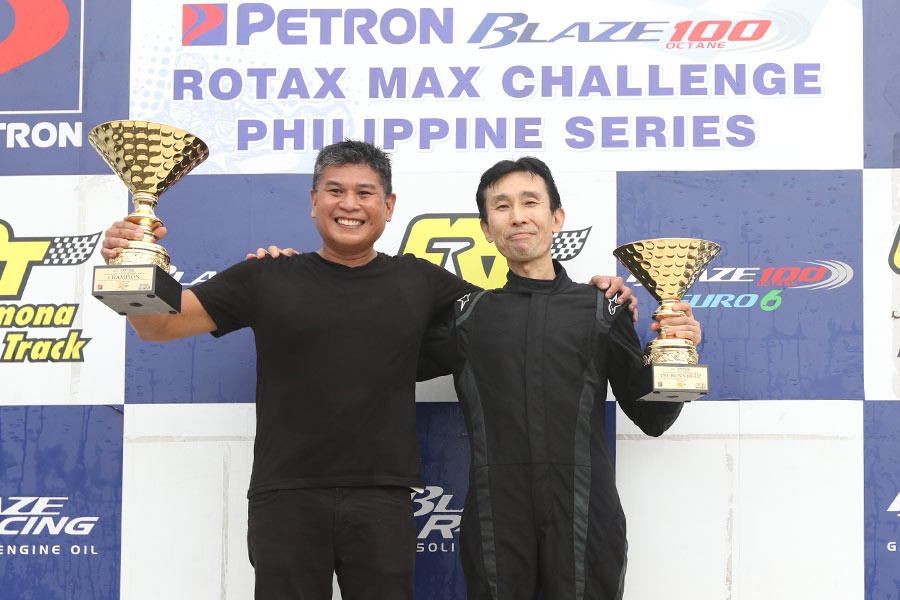 Want to get into karting with Oyi Aquino and the talented Richard Peek as your mentors? You can sign up with the Mercedes Young Driver Development Philippines on Facebook.

Watch the highlights from the Rotax Max Challenge, specifically on Oyi’s epic drive in the Finals on YouTube.