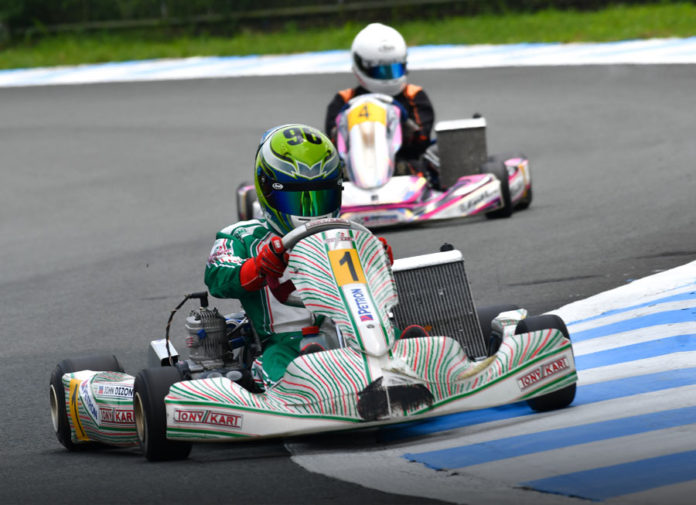 Even for a 2-time Karter of the Year, John Dizon endured one of his most challenging race weekends of 2019 when the Asian Karting Open Championship (AKOC) visited the Clark International Speedway Kart Track (CKT). But it was worth all the effort when he wrapped up the Finals last September 21 with 2nd place.

John was clearly a favorite in the F125 Senior / X30 Senior categories as he the Qualified 2nd, 3rd, and 4th during the Heats. His efforts also made him the highest-placed Filipino karter amongst the lead pack dominated by the Chinese and Japanese entries. 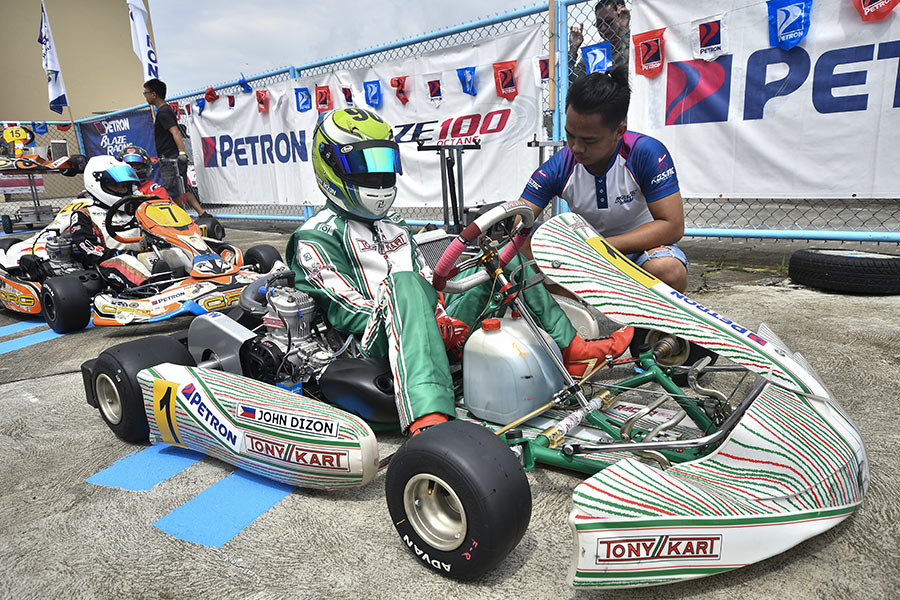 His troubles, however, began during the Pre Finals. Starting from P3, he battled hard for the lead right from the get go on his hunt for a win. But on lap 16 his #1 Tony Kart made contact while chasing after the karter in P2. This sadly caused both to crash out and forced the race to be red-flagged after just 16 laps.

Undeterred, John was able to brush off the incident and got right back in the fight for the Finals. The crash though did have its effect on his kart’s performance. He admitted that, while his best lap was only 0.208 secs shy off the race winner, he couldn’t quite match the leader’s pace. John managed to keep up in the first 6 laps, but got slower and slower until the the chequered flag dropped and finished in a hard-earned 2nd place 5.859 secs behind the winner. 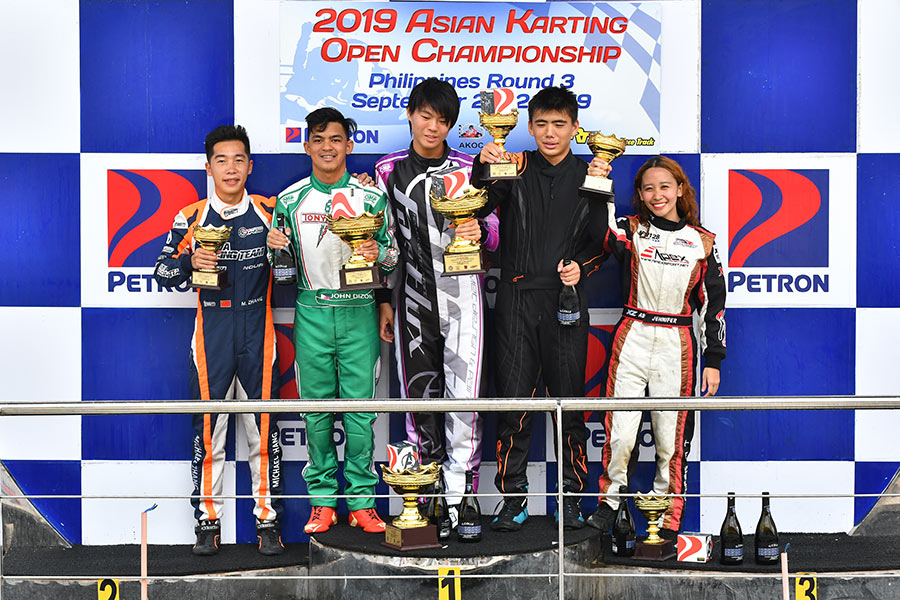 In spite of all the troubles, it was still a good result for John who ended up 2nd overall and 1st in the national series.

John Dizon: “By biggest take from the weekend was that I learned how to fight alone against several drivers who were all part of a bigger team. The experience also taught me to be more cautious of the other drivers around me. It definitely helped me improve my mental alertness and further hone my driving skills. I may not have won in AKOC, but it’s good to know that I was able to give my best battling with some of the quickest talents in Asia. Now looking forward to the last round in Macau where I can race with even more great drivers.” 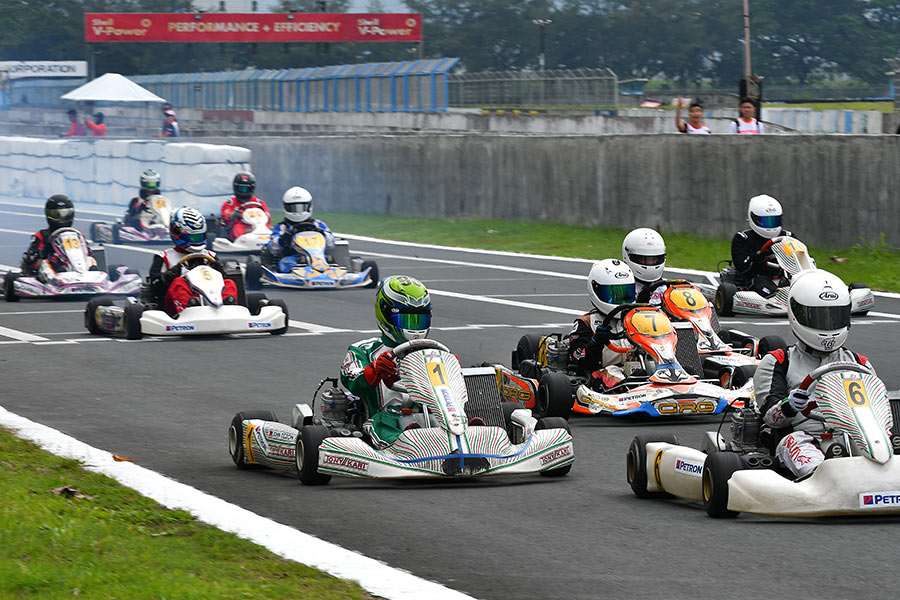