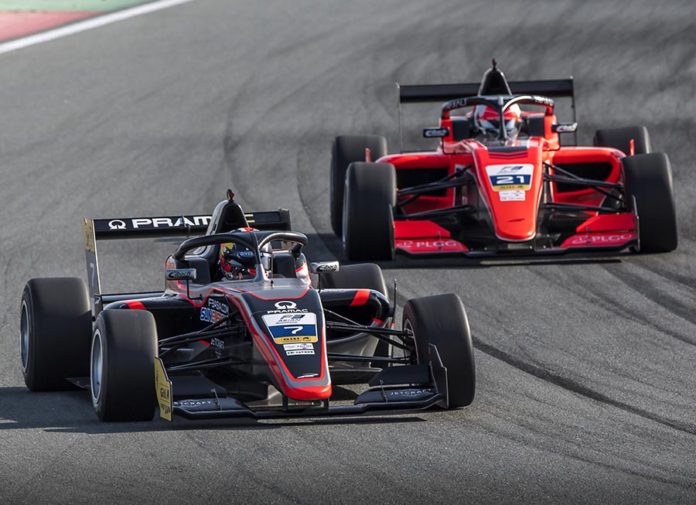 The addition of a third driver in Pinnacle Motorsport’s lineup has certainly paid off when F3 Asian Championship Certified by FIA visited the Middle East. That’s because between their drivers Jack Doohan, Pietro Fittipaldi, and newcomer Sebastián Fernández, the Motorsport Ireland-licensed team would enjoy a race win and podium finishes at the Dubai Autodrome last January 9 to 10 for what is the first of two back-to-back events in the UAE.

All three managed to be on pace despite it being the series’ first visit to the 5.390 km circuit. Doohan and Fittipaldi were equally matched in Qualifying and took turns in setting P3 and P5 positions over the two sessions. Fernández, on the other hand, ended up in P9 and P16 on his first F3 Asian outing. 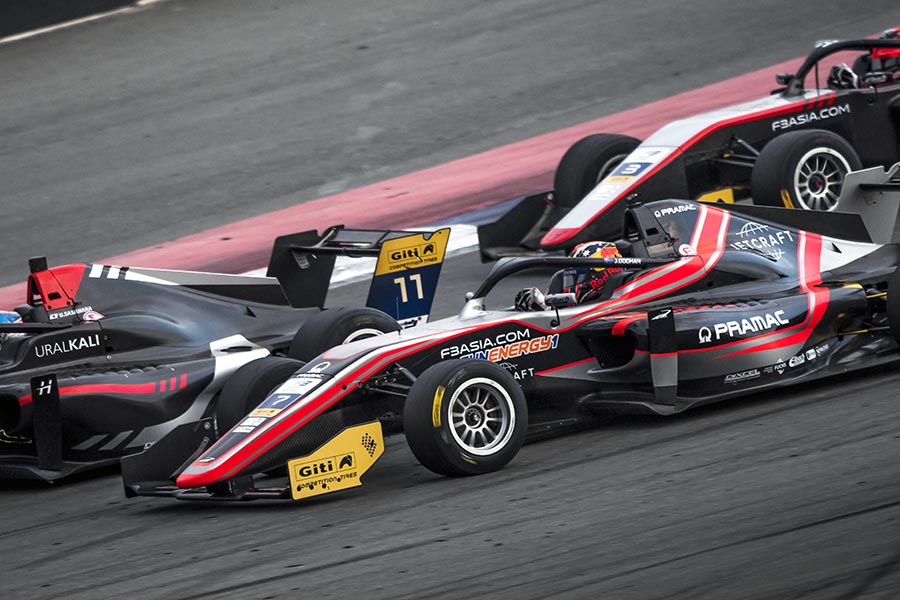 As the event coincided with the 24 Hour of Dubai, Race 1 got underway on a Thursday afternoon. Doohan wasted no time to move up a spot at the start and slotted into P2. The Red Bull Junior Team driver then hounded race leader Ukyo Sasahara for almost the full race distance, before attempting to pass on the final lap. Unfortunately, the two made contact that caused Sasahara to retire, but Doohan soldiered on to a second victory of the season.

Fernández likewise drove a brilliant race and landed on the podium. The team’s new recruit was out to prove himself as he fought his way from P9. He soared past half the field to slot into 3rd and nearly gained another position on the run to the finish line. Meanwhile, Fittipaldi was locked in an intense midfield battle where he finished in a point-scoring 7th place. 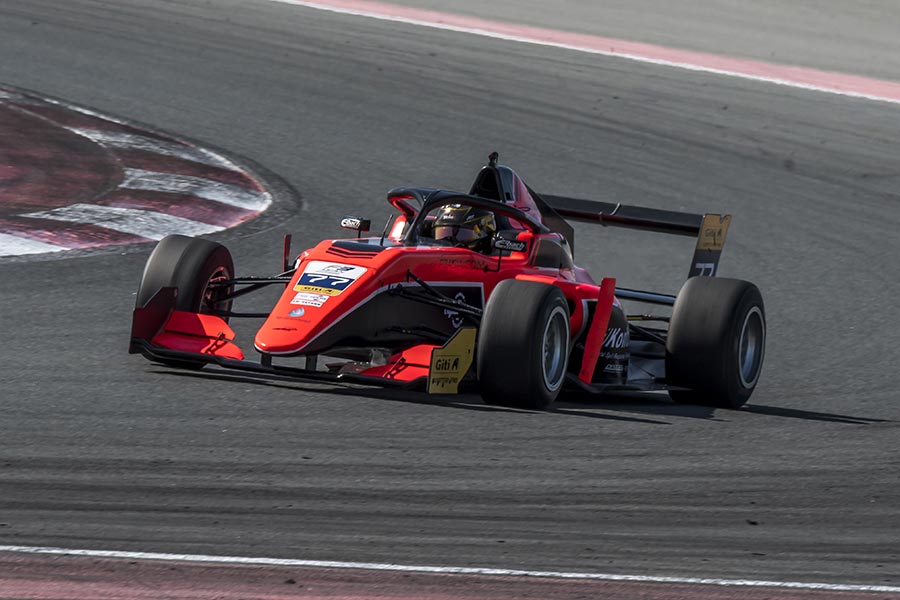 A strong downpour later shortened Race 2 on Friday morning. Fernández was the best-placed of the Pinnacle Motorsport drivers as he rocketed into a podium position from P7 on the grid, finishing in an impressive 2nd place.

His teammate Jack Doohan again joined him on the podium, but not before dropping down to P11 at the start. The young Australian made a strong recovery after a poor getaway, mastering the tricky conditions to take 3rd and set the fastest lap of the race in the process. Fittipaldi’s charge, however, was cut short when he lost his front wing while fighting for P6. Although he was able to pit in for repairs, the Brazilian was already too far behind when he rejoined and ended up 13th. 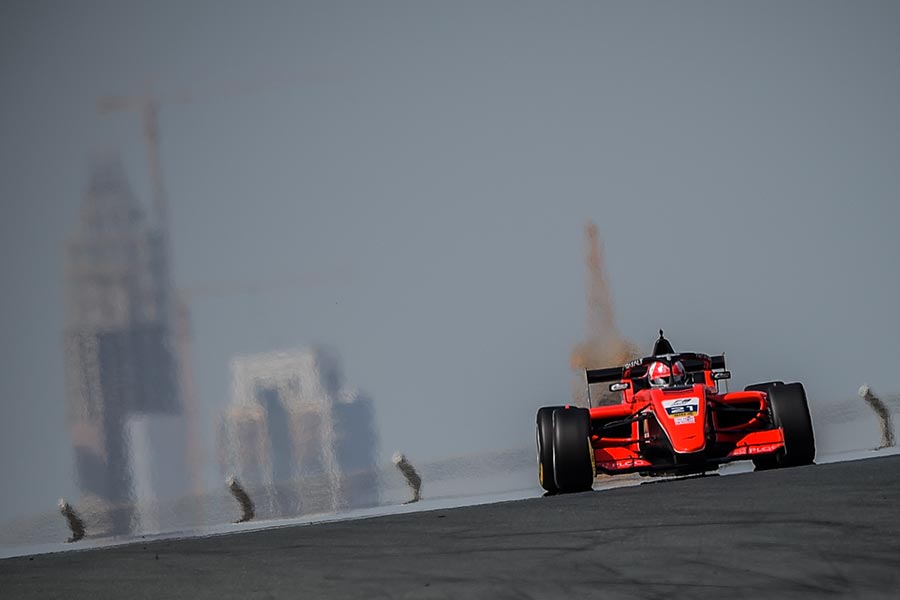 The track eventually dried up in time for Race 3 in the afternoon. Doohan again muscled his way through the field and hounded race leader Jake Hughes. As the Australian had better pace, he made a move up the inside to take the spot, but Hughes closed the door late and made contact. This resulted in a spin and damage for Doohan who struggled to an 11th place finish.

As for his teammate Fernández, another masterclass drive allowed the Spanish-Venezuelan to convert his P16 in Qualifying to a 4th place finish. He won many on-track battles and lost out to P3 by only 0.099 secs. Fittipaldi also challenged for a podium as he started from P3 on the grid, but later came under attack and concluded Race 3 in 7th. 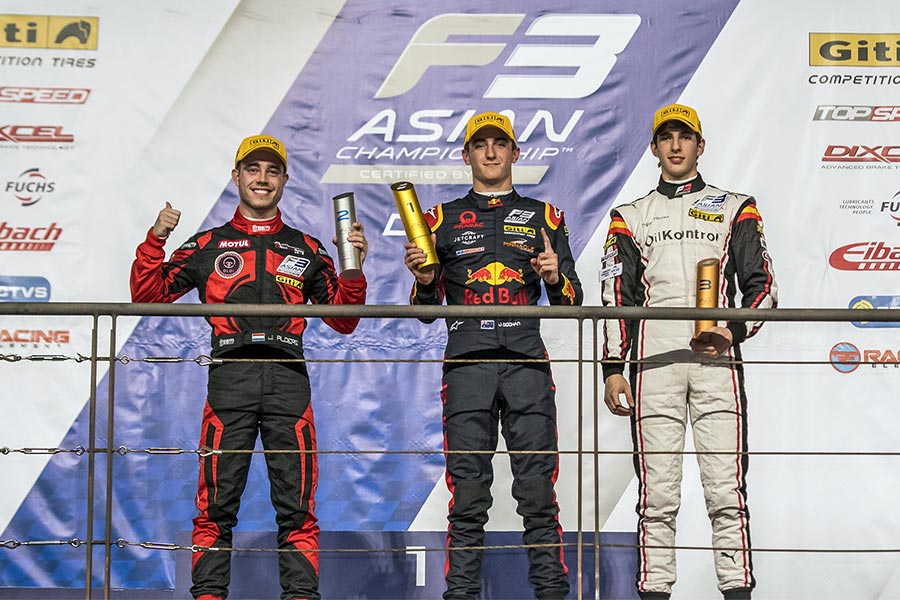 After six events in the F3 Asian Championship Certified by FIA, Jack Doohan maintains his 2nd position in the Drivers Classification. Sebastián Fernández’s impressive debut places him 5th overall, while Pietro Fittipaldi continues to improve in 12th. Pinnacle Motorsport’s strong performance also moves them up to 3rd in the Team Standings as the series continues at the Yas Marina Formula 1 circuit on January 17 / 18.

John O’Hara, Team Director: “Our boys had a great time at the Dubai Autodrome. Jack, Sebastián, and Pietro saw plenty of action on track and won battles that earned us a race win and four podium finishes. We could have added more to our trophy collection if it weren’t for some unfortunate race incidents, but overall we’re very happy with our pace. Good job by everyone at Pinnacle Motorsport and we are confident to do even better at Yas Marina next week.”