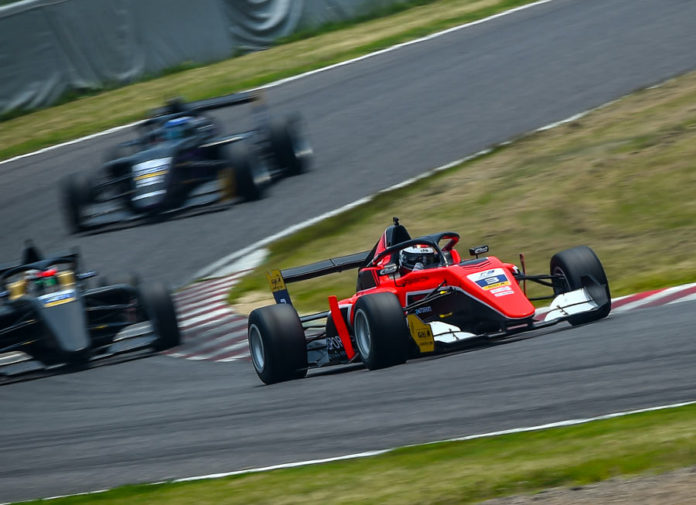 Irish-licensed team Pinnacle Motorsport delivered one its best results so far this 2019 season when the F3 Asian Championship Certified by FIA made its series debut at the legendary Suzuka Circuit. With its 3 drivers, they were able to convert their race pace into a hard-fought podium finish last June 21/23.

Jordan Dempsey was immediately on pace despite this being his first time on the 5.807 km circuit. He lead the team’s assault by qualifying in P4 and P5. His teammate Thomas Smith, on the other hand, improved over the 2 sessions to start from P14 on the grid. 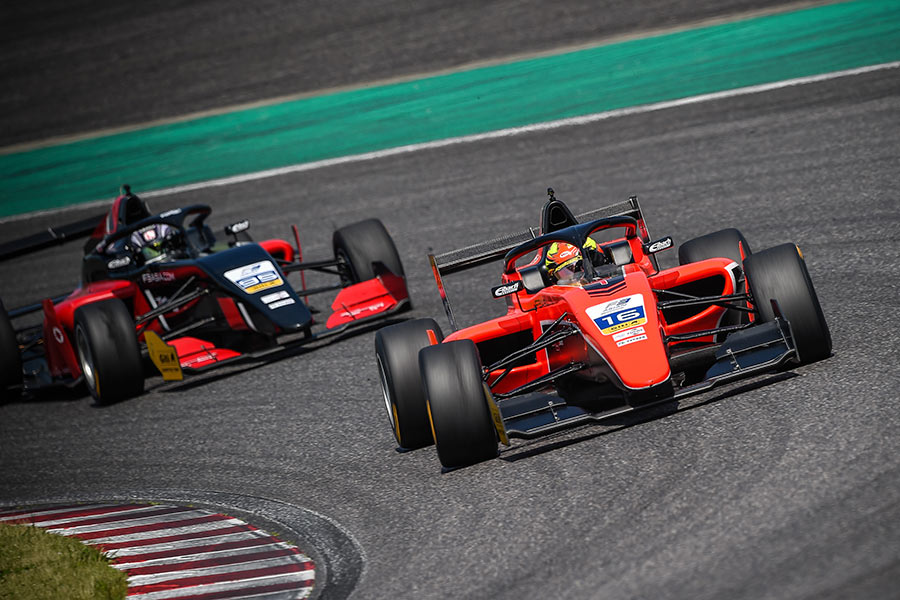 Race 1 saw Dempsey rocket off the starting line and dove into P3 on the first corner. However, his attack was put on hold by a lengthy Safety Car period left only 10 minutes of racing at the restart. The young Irishman then came under attack over the next few laps and concluded Saturday’s race in 6th. It was unfortunate that the #16 entry of Smith failed to make it to the finish line. The driver from Australia went off track with only 2 laps to go while running in 12th.

Disappointingly, Dempsey and Smith both suffered DNFs in Race 2 on Sunday morning. The Pinnacle Motorsport drivers started side-by-side from row 4 on the grid and were nose-to-tail in the opening laps holding onto P7 and P8. Dempsey’s race ended prematurely due to an alternator problem, while Smith crashed out a few laps later. 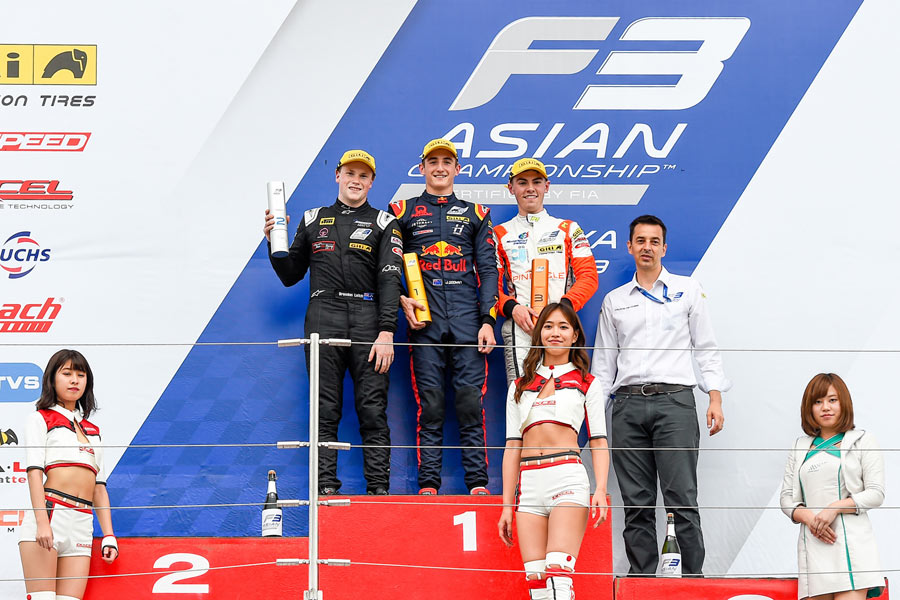 Dempsey was eventually able to deliver in the final race of the weekend. His #3 car moved up and down the standings throughout the 15-lap race as he fought for position. He made up places lap-by-lap as the other drivers faltered until he got into a podium spot to give Pinnacle Motorsport a 3rd place finish at Suzuka. A fuel pump issue unfortunately stopped Smith’s charge up the field and was again forced into retirement.

B-Max Racing Team driver Kiyoto Fujinami was also in good form for his home race. Run in collaboration with Pinnacle Motorsport, he was able to qualify in P5 and P4 on his series debut driving the Halo-equipped Tatuus F.3 T-318 for the very first time. The Super GT and Japanese F3 driver went on to finish 8th on Saturday, which he quickly followed up with a 5th place on Sunday morning. The Japanese driver then battled his way into a top 3 position in Race 3, until mechanical issues sadly took away a possible podium on the final lap. 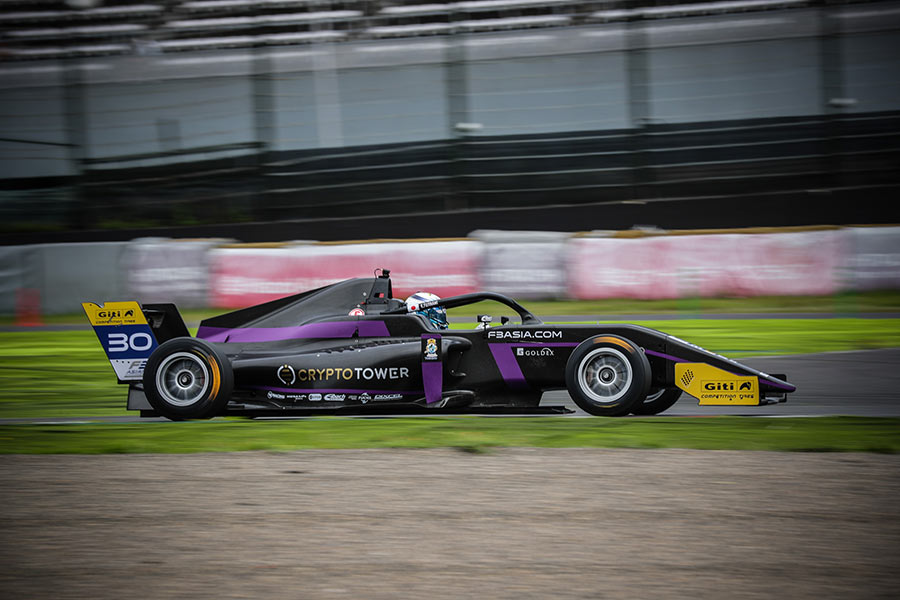 There’s a now long 2 month break in the F3 Asian Championship Certified by FIA calendar before it resumes in September at the Shanghai International Circuit. The final 2 rounds of 2019 will take place at the home of the Chinese F1 GP on September 7/8 and September 27/28, respectively.

John O’Hara, Team Director: “Suzuka is a very tricky circuit to master and our drivers thoroughly enjoyed the new challenge this weekend. We had mixed results and missed opportunities due to technical issues, but we’re really pleased come home with a podium finish in Japan with Jordan’s performance in the final race on Sunday. We’re just half way through the season and there’s still a lot of work to be done. Our goal is to improve on our results at the last two rounds at Shanghai.” 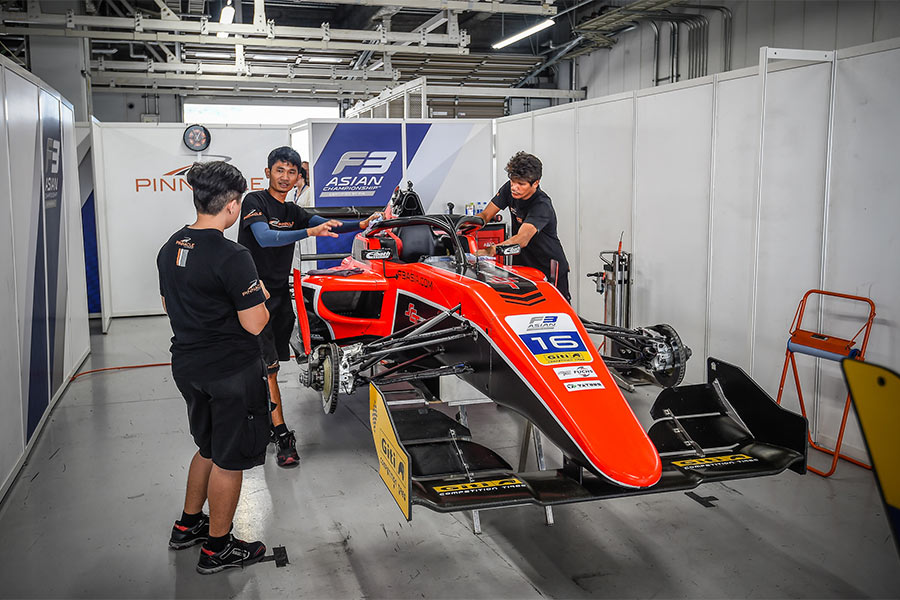 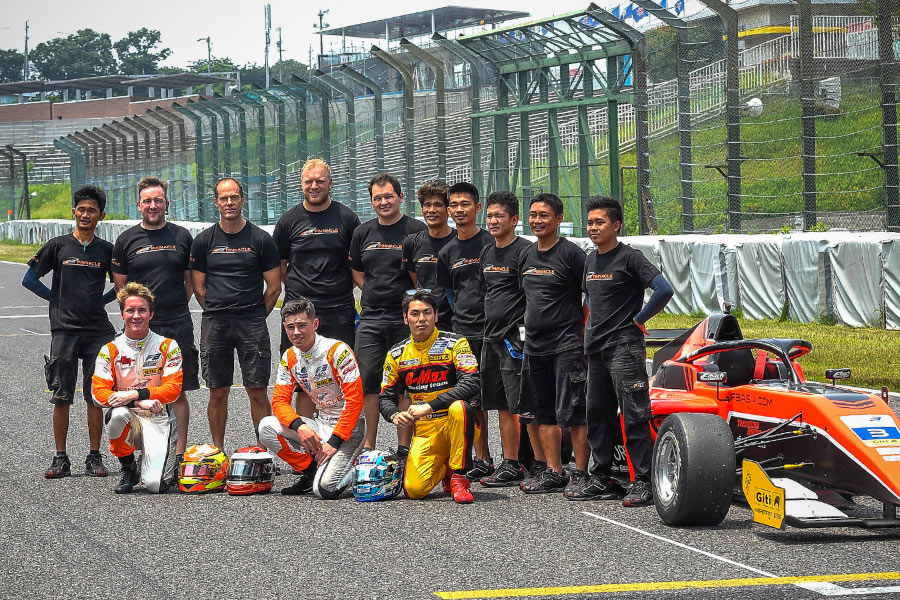