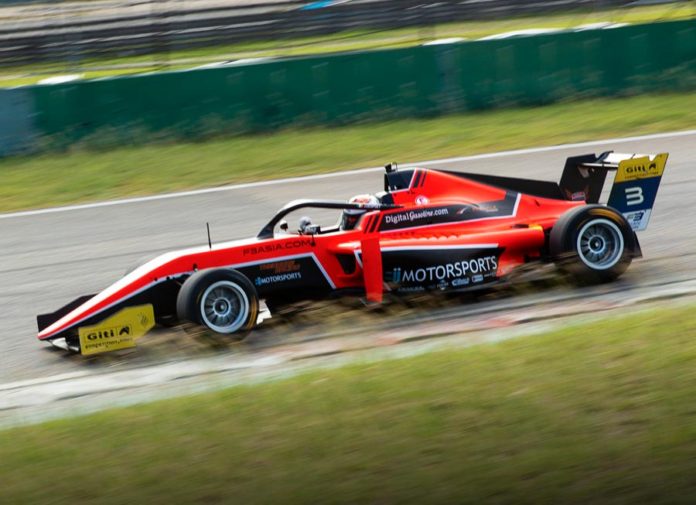 After 5 rounds and 15 races in 2019, Pinnacle Motorsport’s season in the F3 Asian Championship Certified by FIA has now come to a close. The Irish-licensed team returned to the Shanghai International Circuit over the weekend to conclude the year with strong results.

Now a twice podium finish, Jordan Dempsey picked up where he had left off just a few weeks ago to lead the team’s assult in Qualifying. He set P6 and P4 in the 2 sessions, while Tommy Smith closed the gap to his teammate and lined up P9 and P6 on the grid. 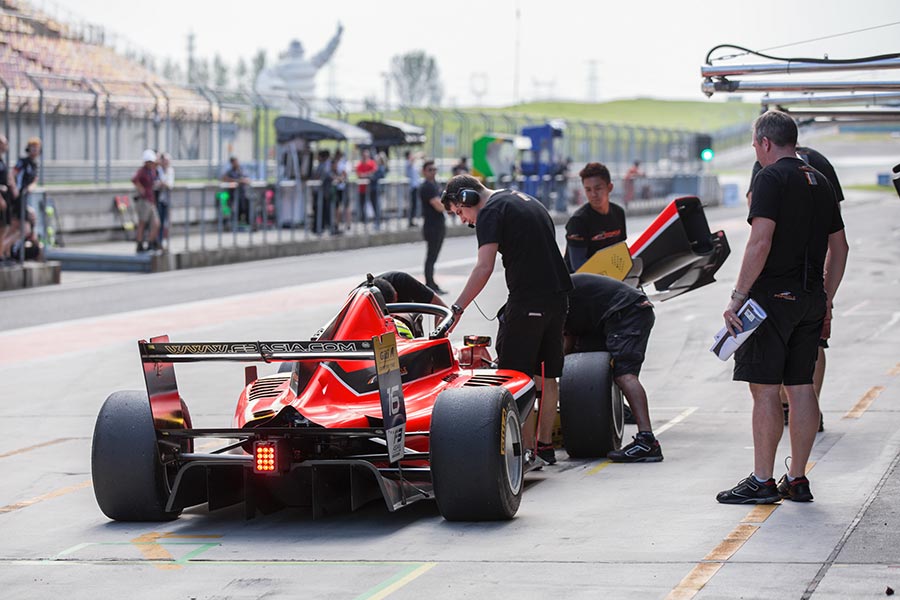 Race 13 would then get underway on a warm Friday afternoon with Dempsey getting a good start off the line. This moved the Irishman up to 5th which he had defend until the chequered flag dropped. Smith, however, was unable to put his pace to good use. His #16 machine collided with another car during the opening lap chaos and retired due to damage.

Dempsey wasn’t as fortunate at the start of Race 14 on Saturday. He immediately lost a spot in the opening sequence of corners, but a masterclass overtake saw him regain the position only a few laps later. He then mounted an attempt at P5, but ran out of laps to finish in 6th. Smith also had work to do to undo his previous day’s DNF. The Australian driver, who started from dead last, effectively forced his way through the field to score a hard-earned 9th place at the finish line. 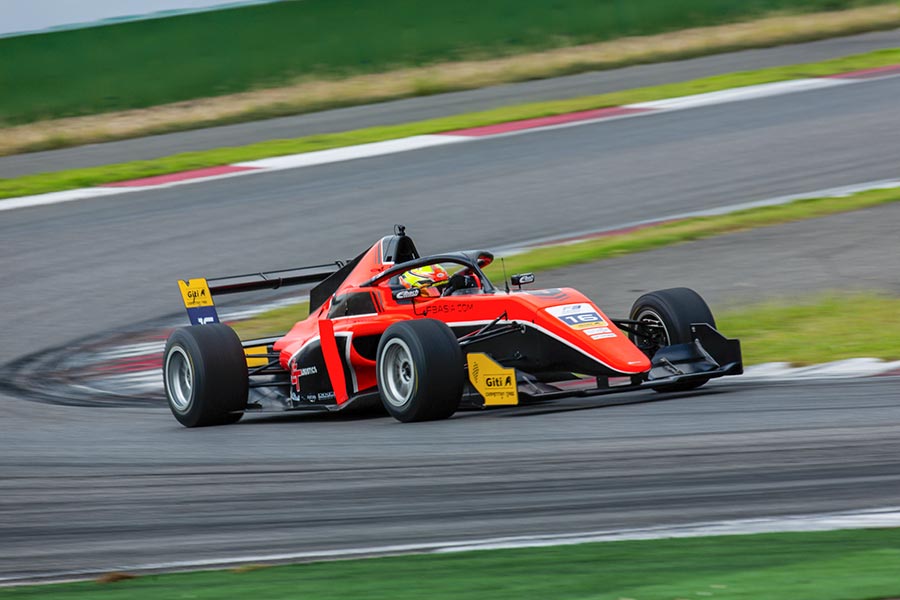 The final race of the 2019 season saw both Pinnacle Motorsport drivers run in formation in P6 and P7. Dempsey resumed his hunt for a strong finish and fought hard to take P5. But he just couldn’t find a way past and ended a productive year in the F3 Asian Championship in 6th. Though his teammate slipped back to 8th, it was Smith’s strongest result of the year allowing the Australian to conclude his debut season on a high note.

With two podium finishes and despite missing the second event in Thailand, Jordan Dempsey finishes 7th overall in the Drivers’ Championship, while Tommy Smith is in 17th.

John O’Hara, Team Director: “We’re happy to be able to wrap up 2019 with a strong showing from both our drivers. Though we didn’t land a podium, we’re pleased to see Jordan and Tommy close in on the fight with the title contenders. The two really showed a lot progress since the season began in April, which allowed us to have a very competitive package this weekend. It’s nice to end the year on a positive note and the team is looking forward to the 2020 season which starts in December.” 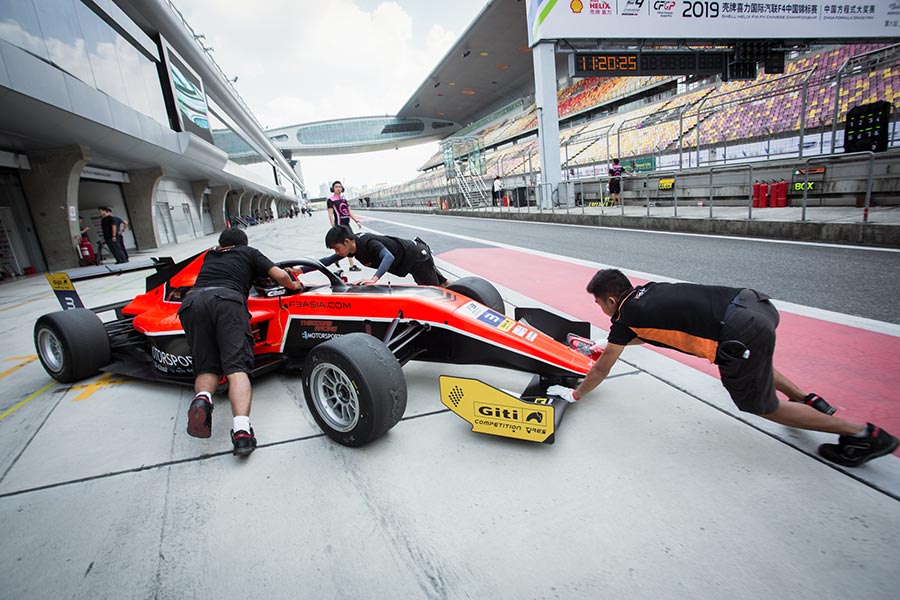 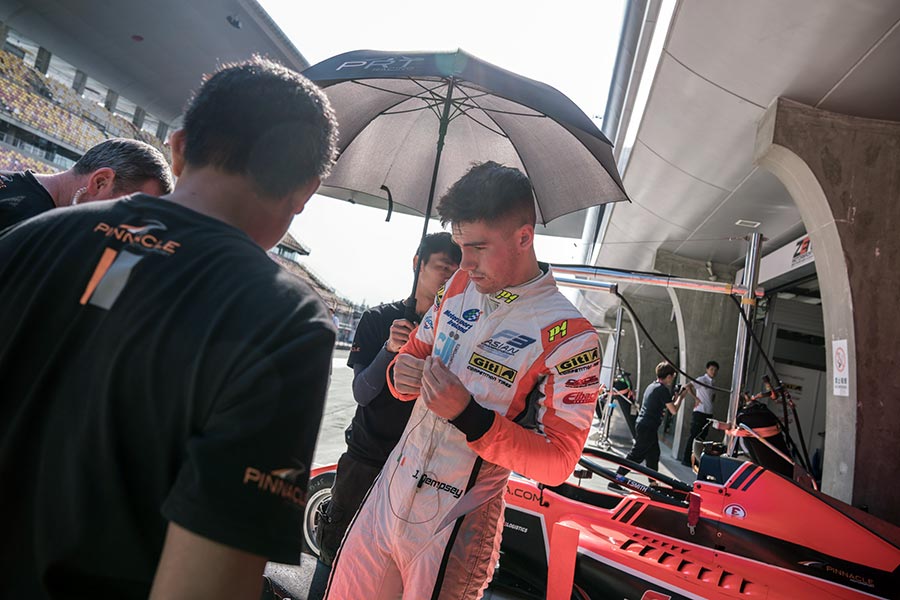