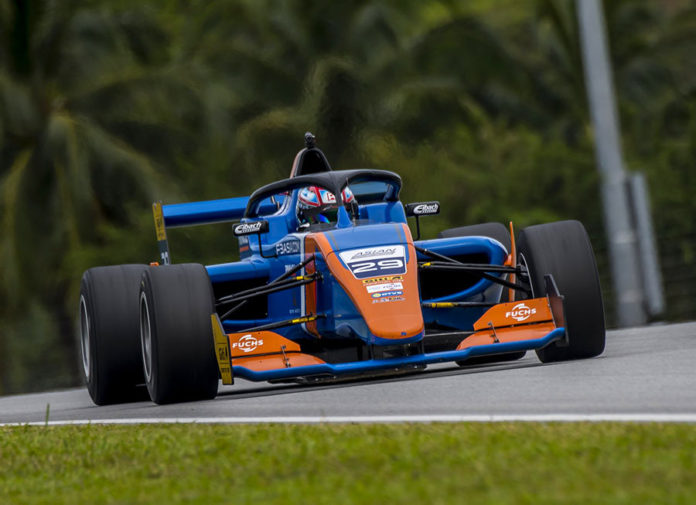 It’s been barely a week since the season opener in Thailand and Pinnacle Motorsport was already back in action for the second event of the F3 Asian Winter Series last January 19/20. This time the Irish-licensed team continued its hunt for podium finishes at the Sepang International Circuit, but sadly had very little success.

Local hero Akash Nandy clearly had an advantage over his teammates as he was racing on home soil. The Malaysian could only muster P7 in the first qualifying session, but improved to a P3 starting position for Race 3. Amaury Cordeel managed P5 and P6, while David Schumacher was in P8. 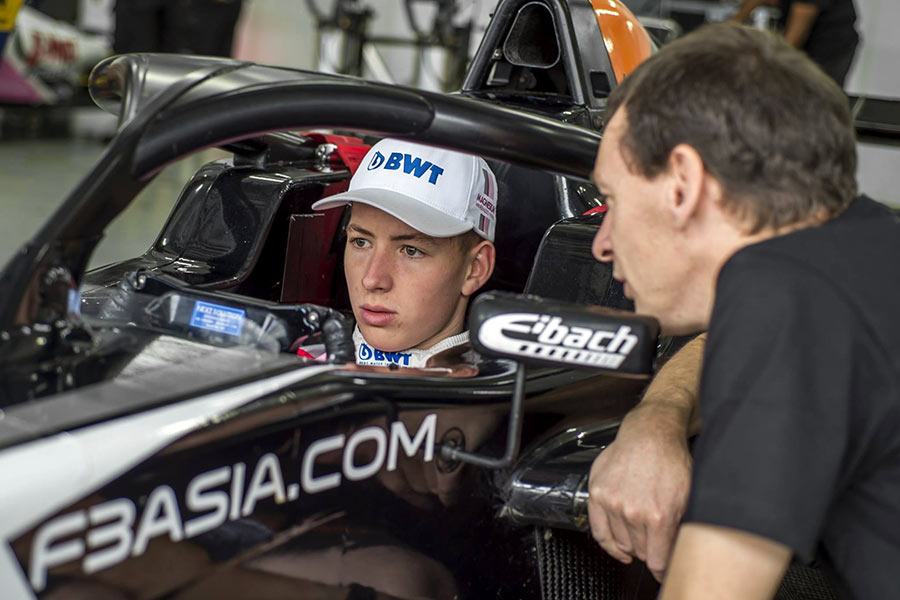 Nandy got off to a great start in the first of 3 races that weekend. He was able to slot into P5 on the run to the first corner and began his attack on the leaders. 30 minutes of hard work, however, proved to be unsuccessful so he had to settle for 5th until the finish line. Schumacher likewise had a battle of his own and finished 7th. Cordeel, on the other hand, missed the race completely after suffering a technical problem on the formation lap.

Schumacher lead the way for the Pinnacle Motorsport drivers in Race 2. The German was on a charge and attempted to gain positions on every lap. His most spectacular move came on the final corner of the final lap where he snatched 7th place on the run to the chequered flag. Nandy also had an eventful race where he had to defend hard to maintain 9th. Sadly, it was another disappointing DNF for Cordeel after another car collided into him. 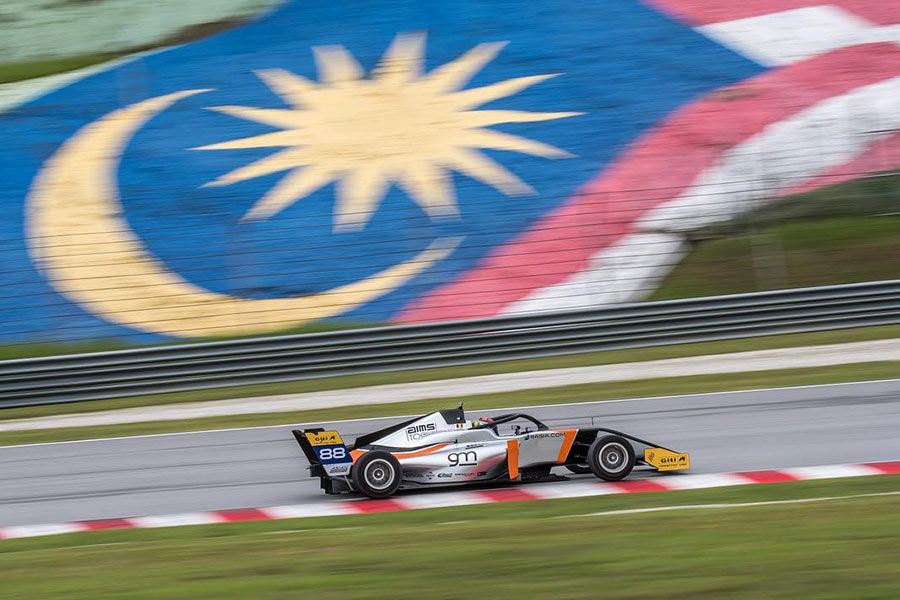 Another race, another DNF. It was Schumacher’s turn on this occasion who damaged his car on the opening lap. This brought out the Safety Car and left Nandy and Cordeel to fight for Pinnacle Motorsport. Nandy showed good form to collect another 5th place finish, while Cordeel concluded his disastrous weekend in 11th.

In stark contrast, the B-Max Racing Team boys had one of their most enjoyable outings by far in the F3 Asian Winter Series. With Pinnacle Motorsport providing technical support for the Japanese Formula 3 team, Tairoku Yamaguchi scored his fourth consecutive Masters’ Class win in Race 1. He shared the podium with teammates DRAGON and Motoyoshi Yoshida for a B-Max Racing 1-2-3 finish. It was DRAGON’s turn to take 1st place in Race 2 and again in Race 3 with Yamaguchi and Yoshida in 2nd and 3rd, respectively. 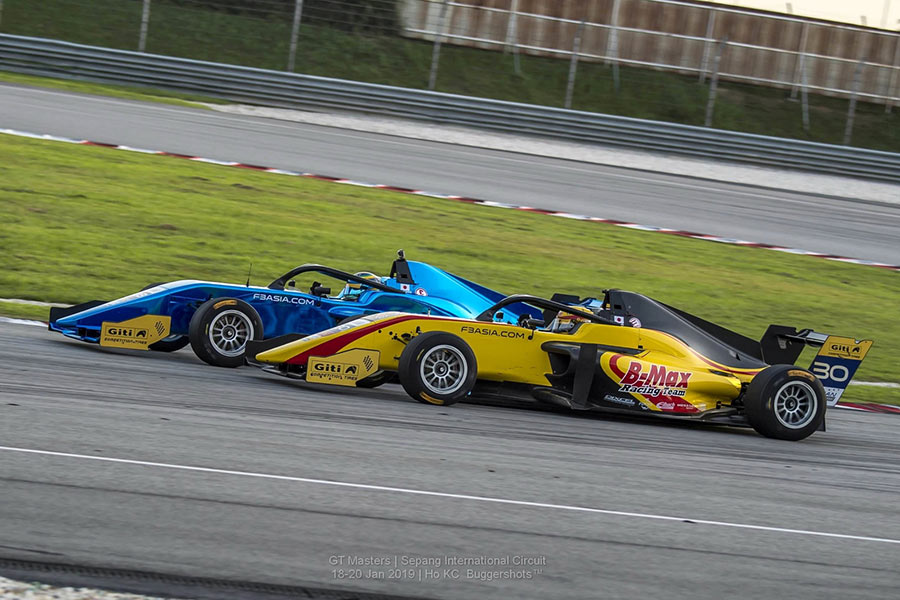 There’s a short month break before the F3 Asian Winter Series returns to the Sepang International Circuit for the final event on February 22-24.

John O’Hara, Team Director: “It was a bit unfortunate that luck was not on our side this weekend and we were not able to make it onto the podium. Nevertheless, our drivers Akash, David, and Amaury were able to enjoy good battles on track and we made good progress for the finale in February. The team is also very happy with all our Masters Class drivers especially DRAGON and Yamaguchi who shared race wins.” 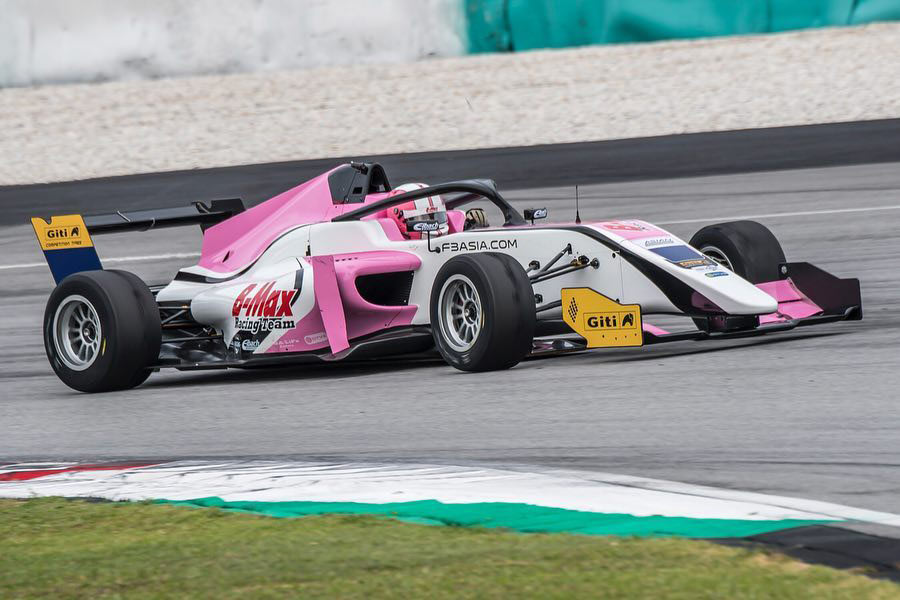