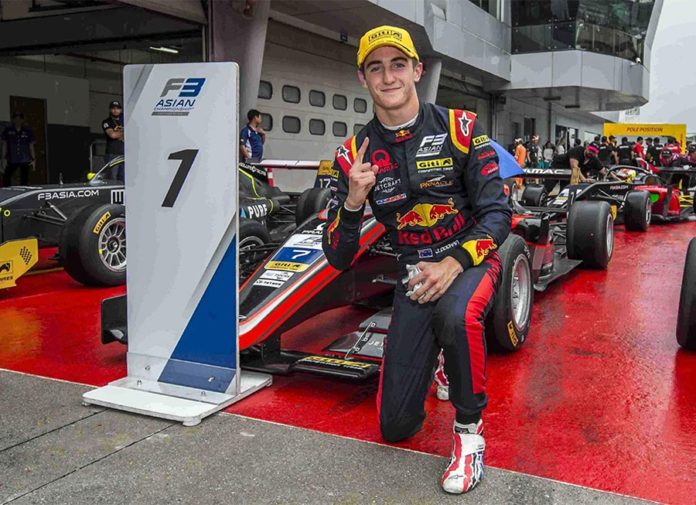 Taking pole position, a podium finish, and a dominant pole-to-flag race victory, you can say that Pinnacle Motorsport has enjoyed a strong start in the F3 Asian Championship Certified by FIA when the 2020 season got underway over the weekend. 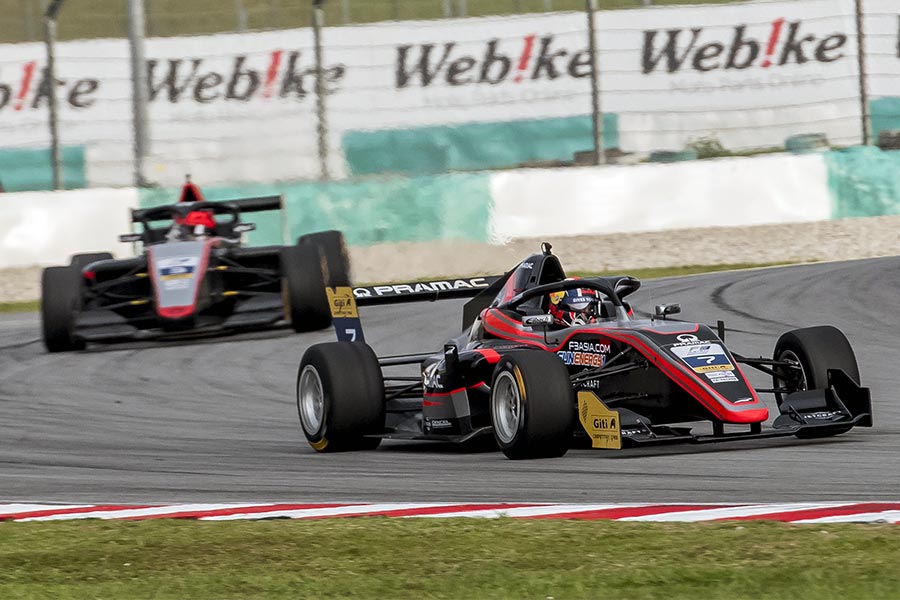 Now having finished runner-up in 2019, Doohan resumed right where he had left off and was back fighting at the front as soon as Race 1 got the green light on Friday afternoon. The young Australian was able to quickly climb to a podium spot early on before deteriorating weather conditions brought the Safety Car out. Doohan then used this to his advantage and gained another position at the restart, which he converted into a strong 2nd place finish.

Fittipaldi, however, was not so lucky. The grandson of 2-time Formula 1 champion Emerson Fiitipaldi showed a lot of promise, but technical issues prevented him from doing anything effective and wrapped up his very first F3 Asian race down in 14th. 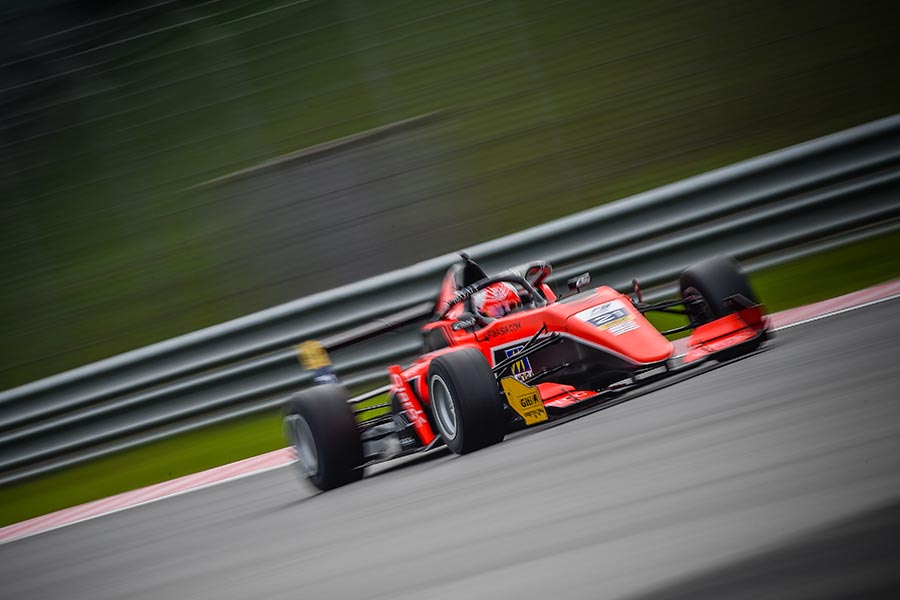 The action would resume on Sunday where a sudden downpour forced Race 2 to be run in the wet. Both drivers, who started on the 2nd and 4th rows of the grid, would sadly struggle in the tricky conditions due to a poor tyre choice. And despite their best efforts, the Pinnacle Motorsport drivers could only muscle 8th and 12th place finishes with Doohan finishing ahead of his teammate Fittipaldi.

Things though would get better during the afternoon’s Race 3. Starting from pole position, Doohan got off to a lighting quick start and immediately pulled away from the pack. The 16-year-old then proceeded to extend his lead to a commanding 7.458 secs by the time the chequered flag dropped, scoring a very memorable and dominant first win with Pinnacle Motorsport. 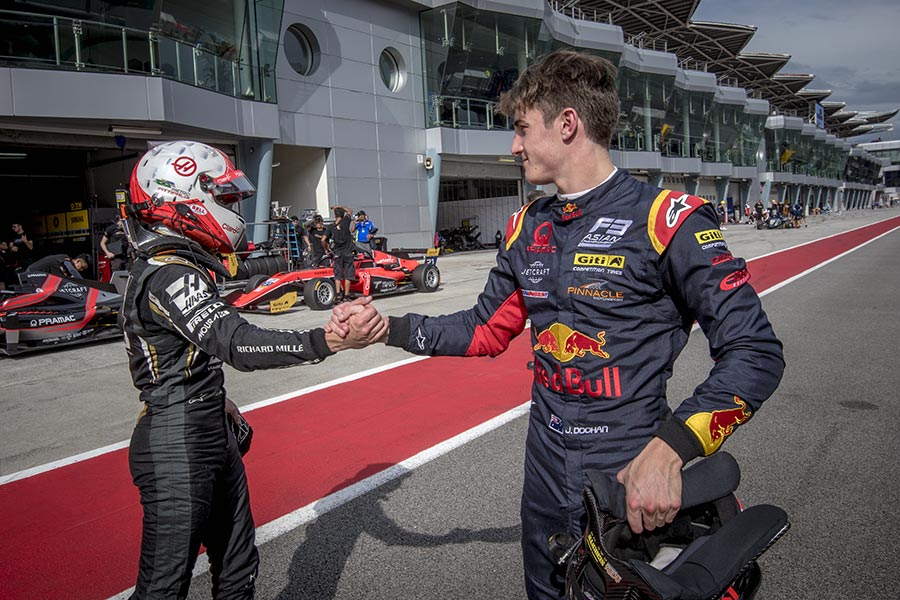 Fittipaldi also did well to steadily climb from P10 on the grid and get as high as P6. But the Brazilian was not able to run at his full potential as his charge was abruptly cut short due to a recurring technical issue on his #21 machine. This dropped him off the pace and down the order where he eventually crossed the line in 11th.

With the team’s spoils from Malaysia, Jack Doohan now sits 2nd in the Drivers’ Standings while Pietro Fittipaldi is in 11th. Pinnacle Motorsport, on the other hand, is 4th in the Team’s Classification as the F3 Asian Championship heads next to the Dubai Autodrome on January 10/11. 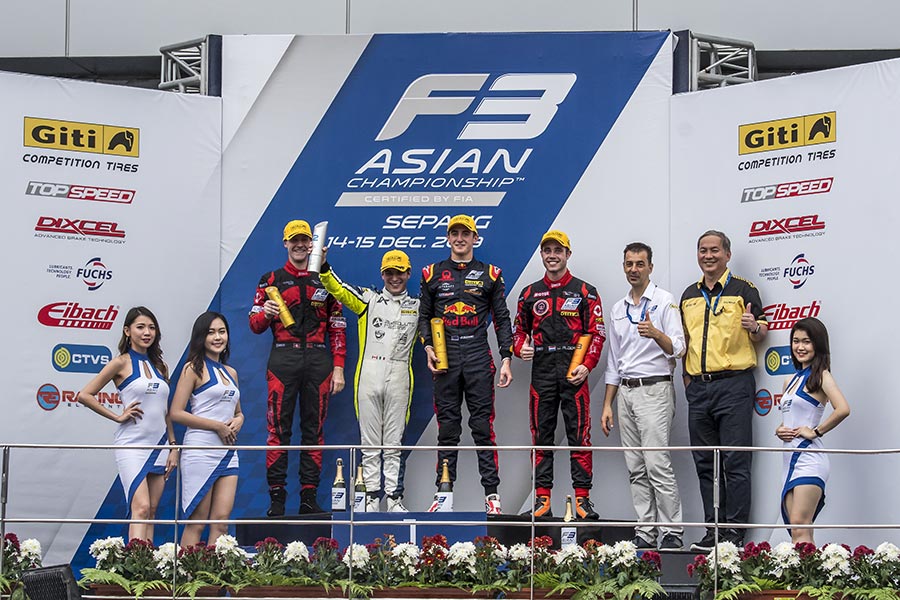 John O’Hara, Team Director: “Mixed results from our two drivers, but overall we can take positives from our weekend in Malaysia. Satisfied to see Jack take the fight to the front and come out with a podium finish and race win, which puts him in a good position in the championship. Pietro wasn’t as fortunate. Technical issues prevented him from finishing higher up the standings, but he has shown strong pace during the race. We’re looking to turn his fortunes around when the season resumes after the new year and be right up there on the podium with his teammate in Dubai.”