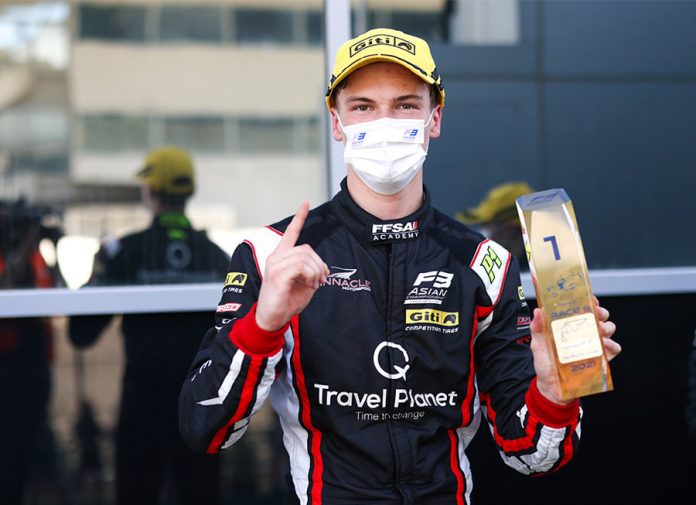 Despite competing with a grid littered with F2 and F1-reserve drivers, Pinnacle Motorsport is proving to be a force to be reckoned with in the F3 Asian Championship Certified by FIA after scoring another victory in 2021. This time the Motorsport Ireland-licensed team enjoyed a lights-to-flag victory with Pierre-Louis Chovet at the Yas Marina Circuit last 5th/6th of February.

Flaunting a new blue-and-red Travel Planet livery, the Frenchman agin lead the team’s charge to secure pole position in the second Qualifying session. Alexandre Bardinon, on the other hand, found improvements and managed P17 and P16. Likewise, Matthias Luethen showed good progress on only his second F3 Asian outing to start from P18 on the grid. Alessio Deledda though had a big shunt on Wednesday, which hindered his performance and could only manage P19. 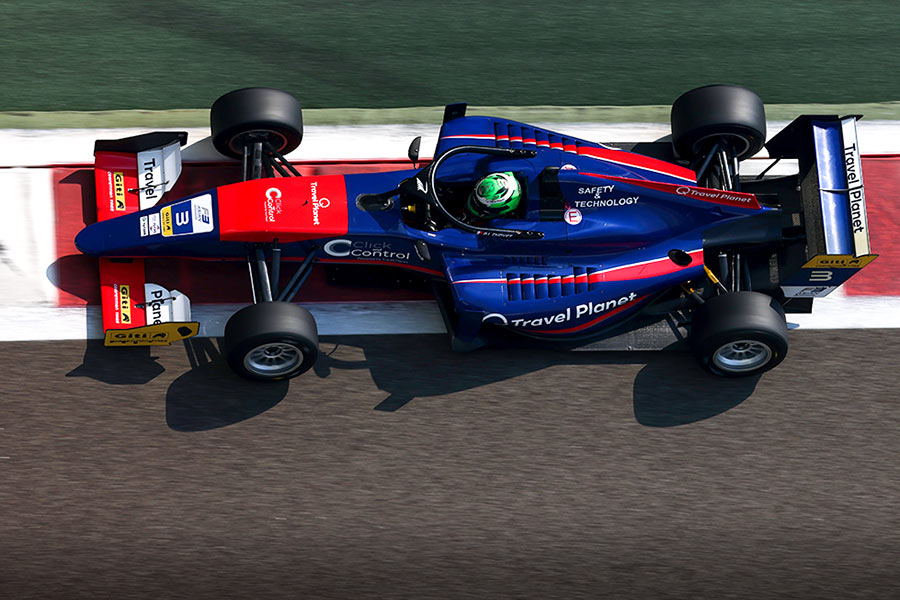 Chovet would start Race 1 from the second of the grid. A slow getaway, however, dropped him down to 5th where he stayed until the chequered flag dropped. Bardinon improved 2 positions over the 16-lap race to cross the line in 15th with his teammate Luethen in tow in 18th. Unfortunately for Deledda, contact on the opening lap forced him into the pit for repairs and ended up in 21st.

All four drivers had a more productive Race 2 the following morning. Chovet delivered another point-scoring 5th, while Bardinon had an impressive run to climb all the way to 12th after starting from P18 on the grid. Deledda also fought hard for position to improve 5 places and take 15th with Luethen staying close behind in 16th less than a second away. 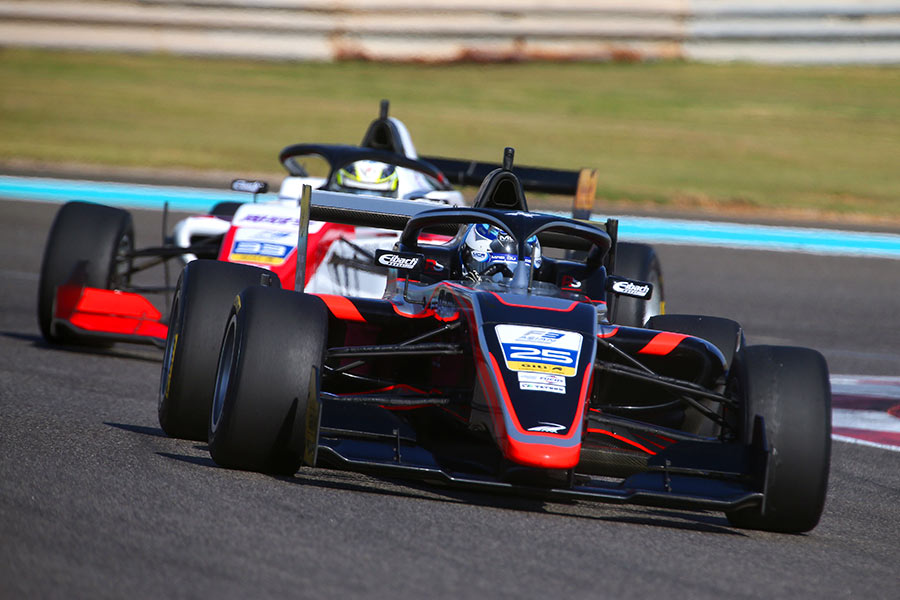 Things eventually came together for Chovet in Race 3. He made a clean start from pole position and despite a lengthy safety car period, managed to open up a 7.921 sec gap once racing resumed and claim a dominant win in Abu Dhabi. Bardinon continued his strong run to wrap up the race in 14th and Luethen securing 18th. Deledda sadly was forced to retire after making contact in a chaotic opening lap.

Chovet’s second win in 2021 keeps him 2nd in the Driver’s Championship, just 1 point away from leader Jehan Daruvala of the Mumbai Falcons and 4 points ahead of Guanyu Zhou driving for Abu Dhabi Racing by Prema. Pinnacle Motorsport, on the other hand, is now 4th in the Team’s Classification as the season resumes action at the Yas Marina Circuit on the 6th and 7th of February for Round 3. 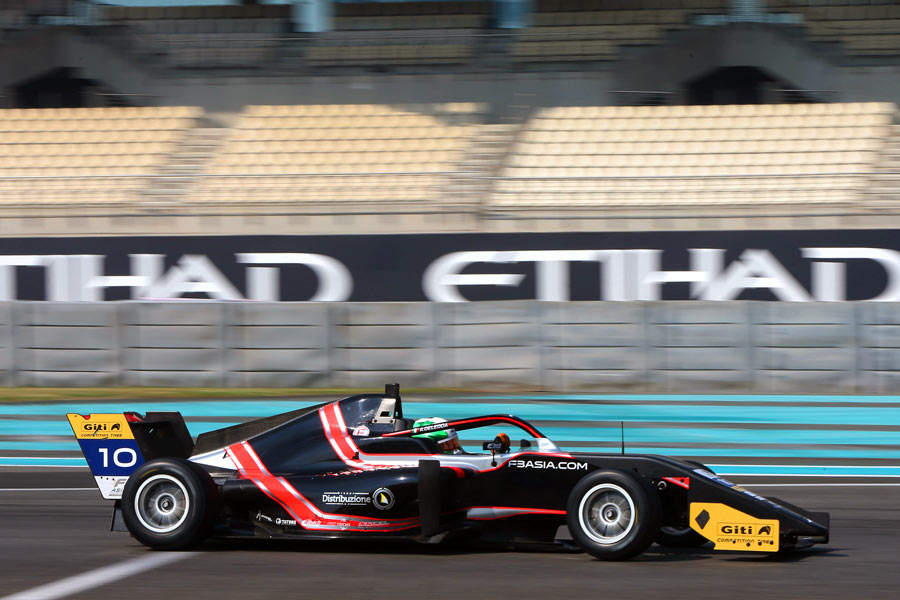 John O’Hara, Team Director: “A very action-packed few days for everyone at Pinnacle Motorsport. Alessio had a big off on Wednesday, which required the team to pull an all-nighter for repairs. The boys did a great job though to get the car ready in time for Qualifying and also glad that Alessio was not hurt. Alexandre and Matthias made good progress here in Abu Dhabi, and Pierre-Louis was again fighting at the front for the team. Very pleased to secure another race win and hope we can continue this momentum over the next two days of racing.”