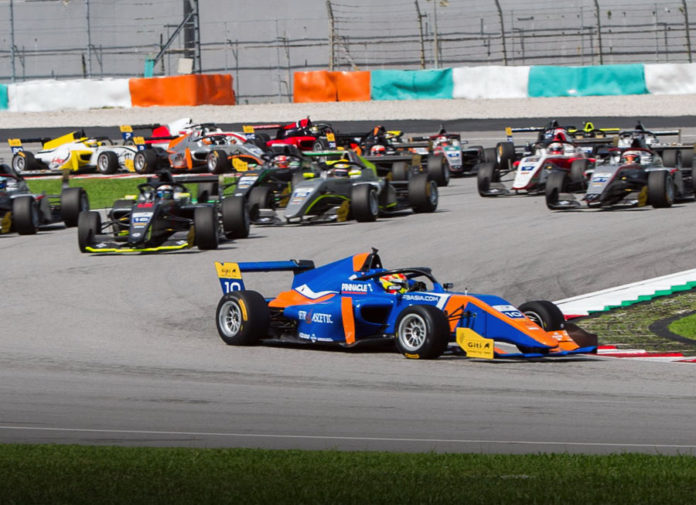 16-year-old Liam Lawson has never competed in Asia before. He has also never raced in Formula 3, although he did test once in Germany. But his performance at the season finale of the F3 Asian Championship Certified by FIA showed no real signs that he was a rookie.

Driving for Pinnacle Motorsport, the Kiwi driver was a revelation. He won all 3 races last November 23/25 at the Sepang International Circuit, beating more experienced drivers on the grid and made it look easy. 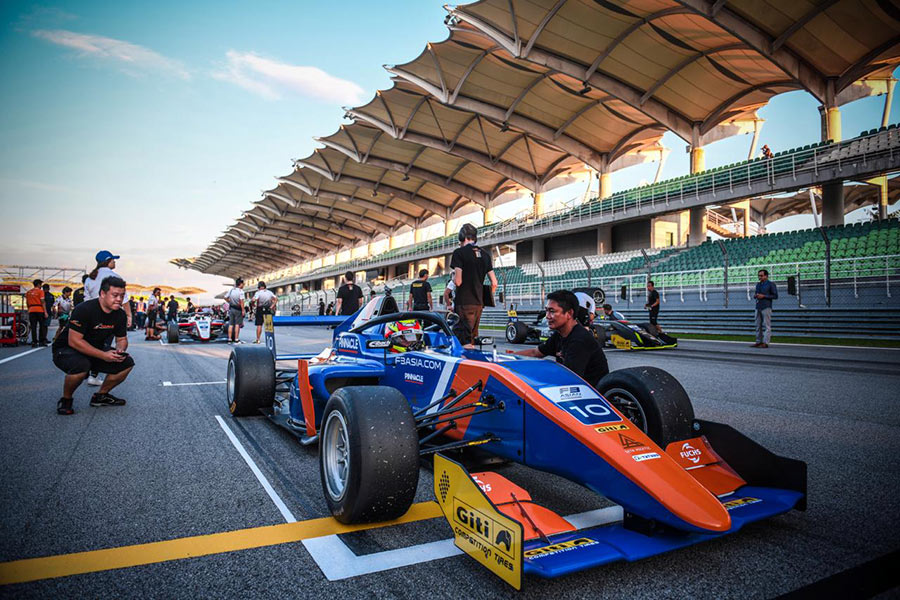 The runner-up to the German Formula 4 Championship began his race weekend by setting pole in both Qualifying sessions. He then scored his and the team’s first win under the Malaysian night sky on Friday with a commanding 8.717 secs advantage. Behind him was his teammates Tairoku Yamaguchi and DRAGON in the B-Max Racing Team machines who battled for position in the Masters Class.

Yamaguchi would finish 2nd in class on his very first race in the series while DRAGON just missed out on a podium in 4th. 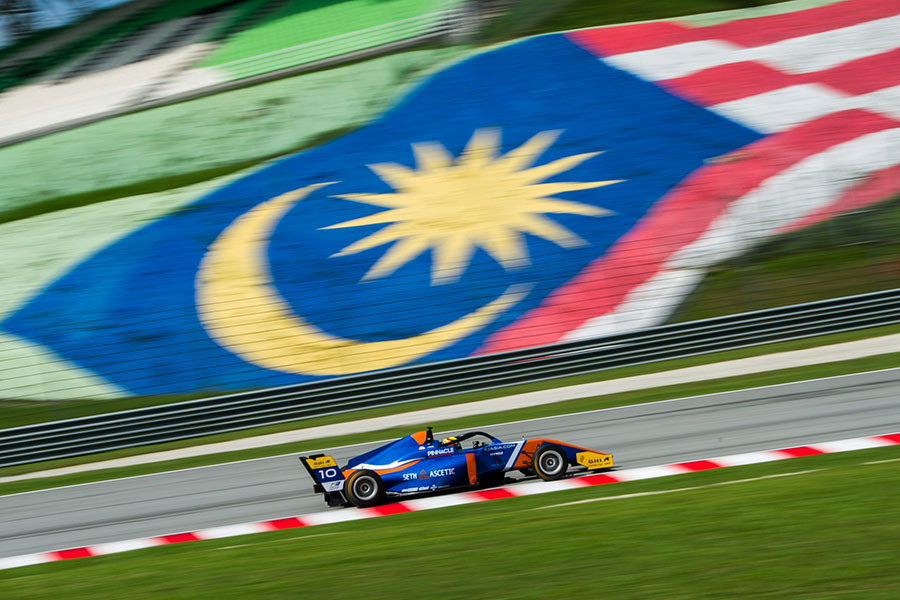 Liam continued his dominance in Race 2 the following day. On this occasion, he managed to get a good start and just left the entire field in his wake. The driver from New Zealand enjoyed a lights-to-flag victory with an even bigger 22.764 secs lead and also set the fastest lap of the race.

Yamaguchi likewise improved on his performance to earn a Masters Class victory for B-Max Racing on only his second outing. Sadly, DRAGON’s challenge for a podium spot was cut short due to a technical problem and had to retire.

Even the rain couldn’t slow Liam down. Sunday’s race was prematurely red flagged due to rain, but was eventually restarted behind the safety car. Once the lights turned green, he once again pulled away and never looked back. The F3 rookie drove a flawless race to wrap up a perfect weekend in Malaysia with another win.

It also another 2nd place for Yamaguchi in the Masters Class with DRAGON again in 4th. 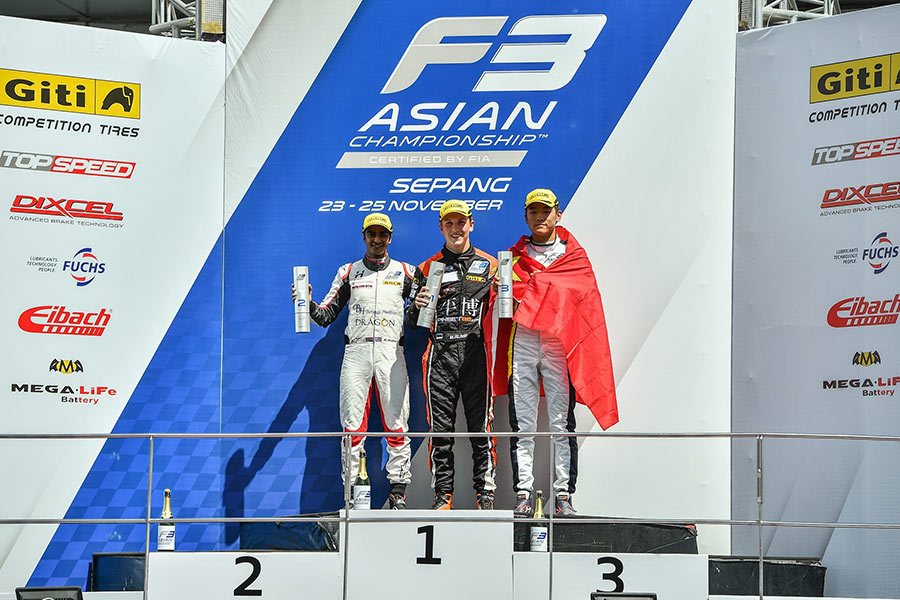 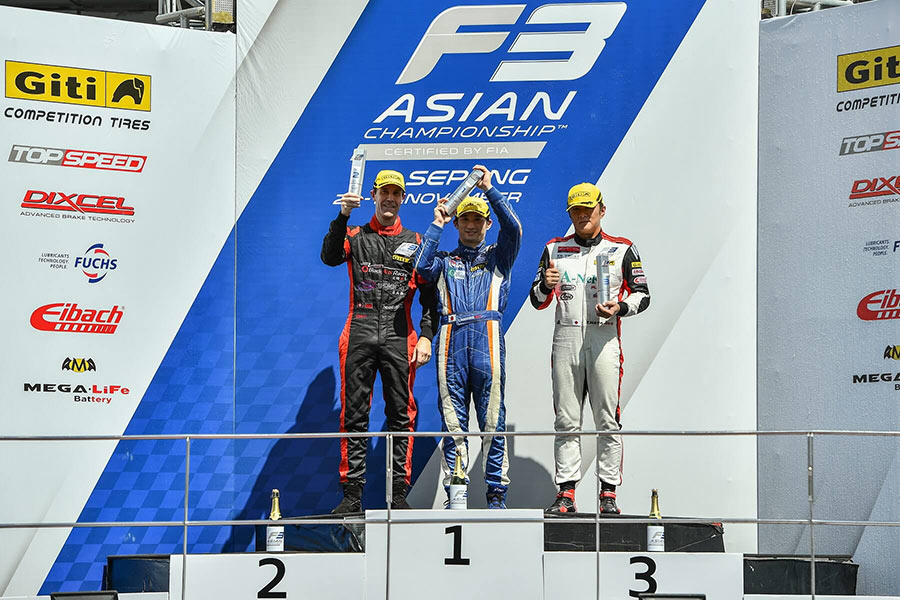 Liam Lawson: “Well, what a fantastic weekend here in Malaysia! Can’t thank Pinnacle Motorsport enough for all the hard work and for the amazing car. Loved my first experience in Asia and a big thank you to my sponsors for the weekend, Pinnacle Sports and Seth Ascetic.”

John O’Hara, Team Director: “Dream weekend for Pinnacle Motorsport. Liam impressed us all by dominating all three races on his F3 Asian debut. A lot of talent from the young New Zealander and looking forward to see more from him in the future. Tairoku and DRAGON of B-Max Racing also performed really well to bring home three Masters Class podiums. It’s been a good year and I’d like to thank everyone in the team for the success in Malaysia. 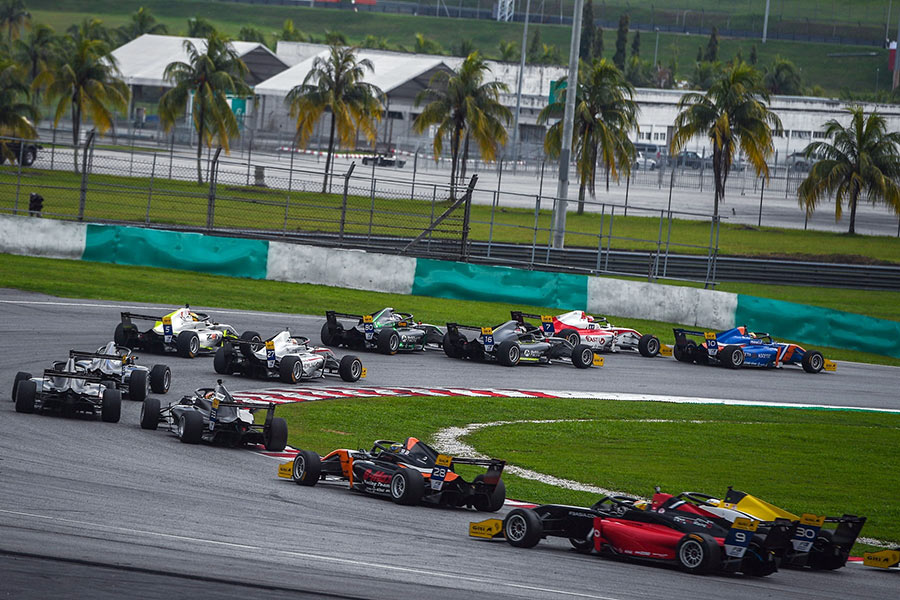 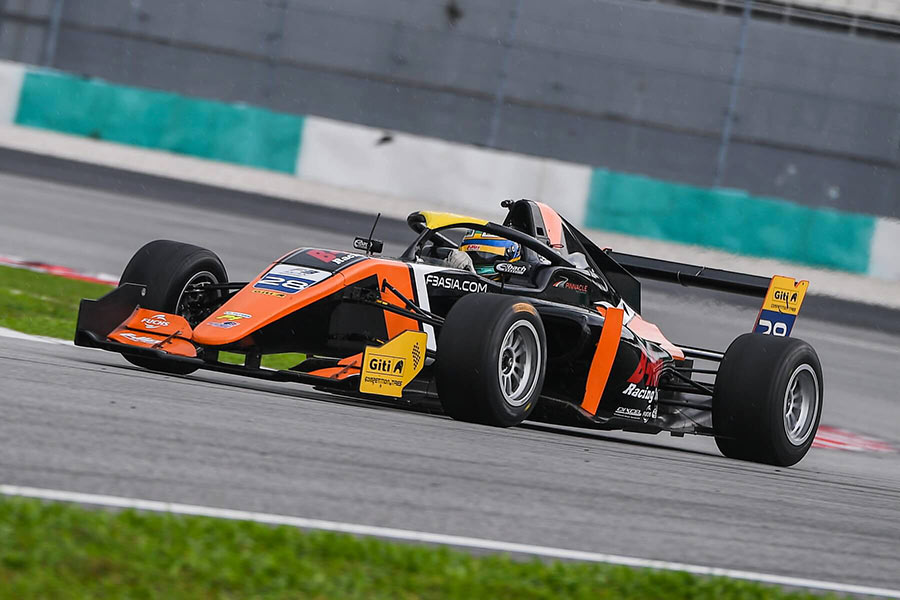