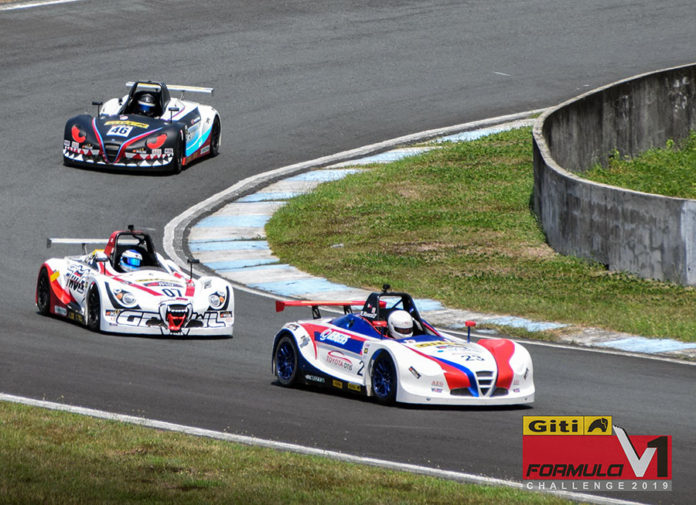 Back for a second year, a combined 16-car grid welcomed the new 2019 season of the Giti-Formula V1 Challenge when it visited the Batangas Racing Circuit (BRC) last May 18/19. While some have returned for another shot at becoming this year’s Pro or Am Class champion, 9 of those happen to be new entries.

All teams still ran identical Formula V1 single seaters built by West Race Cars Japan, fitted again with spec-Giti GT3 RR1 tires. Fuel which is now supplied by Phoneix Petroleum, however, is new as is the expanded 3-race per weekend format. This stretches the season to 9 races in total compared to last year’s 6. 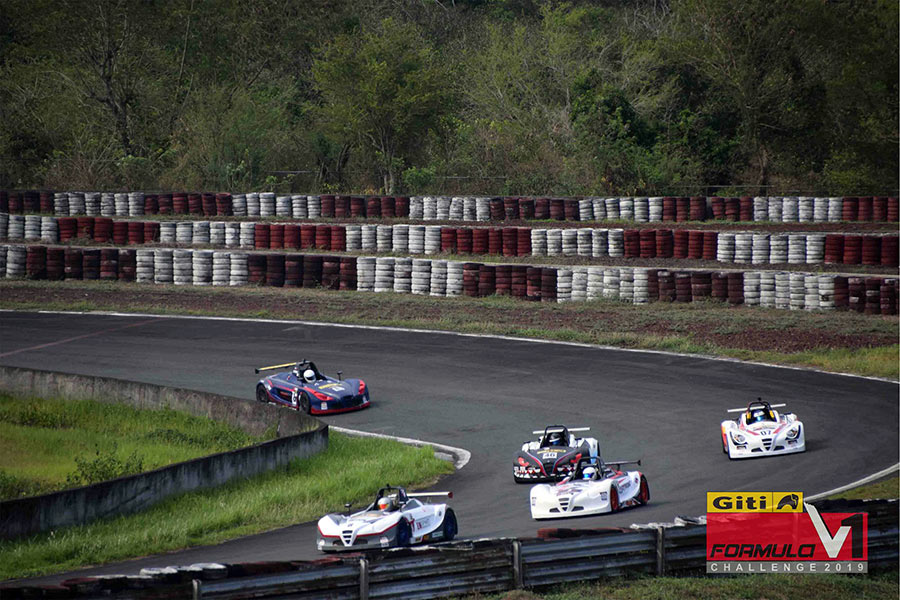 Ryo Ramada darts to Pro Class lead
Series newcomer Estefano Rivera of Toyota Otis-Obengers drew first blood by Qualifying on pole position for Saturday’s Race 1. But his lead was to be short-lived when Ryo Yamada of Cleanfuel Racing shot past him on lap 4. Rivera then hounded the Japanese driver in an attempt to get his position back with limited success. Yamada held onto 1st place and take a hard-fought victory after 12 grueling laps. Stefan Ramirez, on the other hand, crossed the finish line 9.086 secs behind to secure the last spot on the podium for EN Sport-Fourth Floor Racing.

Yamada was practically unchallenged in Race 2 the following day. Rivera was spun around by another driver at the start and had to claw his way back up to an impressive 3rd place by the time the chequered flag dropped. Ramirez moved up a spot to 2nd while Yamada won by a comfortable 7.253 secs lead.

The final race of the weekend would have staged the perfect rematch between Yamada and Rivera. But this time, it was the Cleanfuel Racing driver that was bumped off course. With a clear track in front of him, Rivera proceeded to score his very first FV1 win, finishing 6.577 secs ahead of Raymond Ronquillo in 2nd and reigning Am Class champion Jussi Hoikka in 3rd. 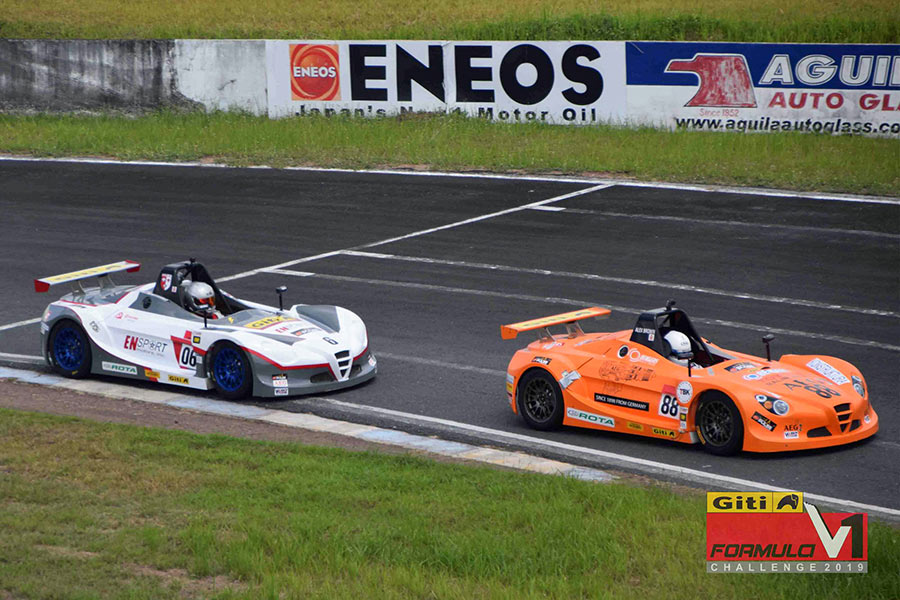 Alex Brown untouchable in Am Class
Karting graduate Alex Brown stepped up to single seaters this 2019 and quickly proved that he was no ‘amateur’ on his FV1 debut. The 16-year-old was no match for the other Am Class drivers and won all the races he started. Driving for Toyota Balintawak-Obengers AEG Powertools, Brown was up there with the Pro Class drivers and even challenged for overall positions.

This left the other 9 drivers to squabble over the remaining spots on the Am Class podium. Shane Henderson went home with 2nd and 3rd place finishes for A.Line Autosport, Bryan Co with 3rd place for Giti Racing, while Red Diwa was consistent throughout the weekend to score 3rd, 2nd, and 2nd in the races. 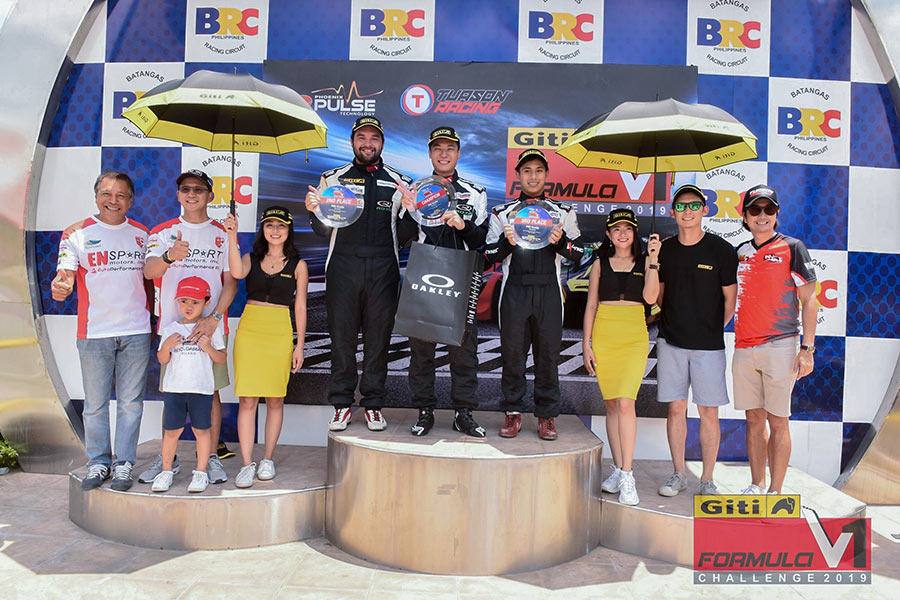 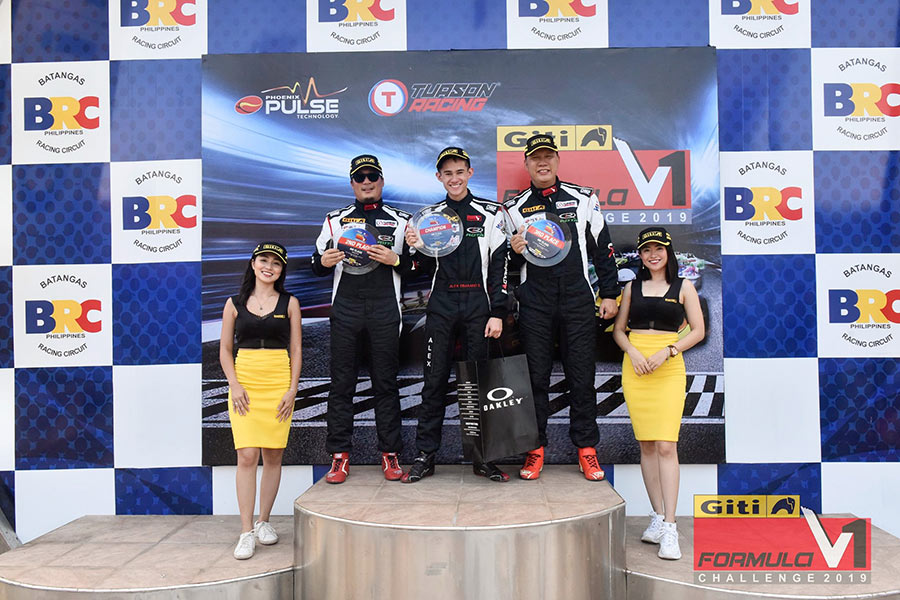 With his pair of race victories, Ryo Ramada of Cleanfuel Racing currently leads the Pro Class standings by a slim 3 points. Alex Brown, on the other hand, is 22 points ahead of the nearest Am Class driver. Still, the championship is still wide open as the Giti-Formula V1 Challenge heads to the Clark International Speedway on July 20/21 for the next event. 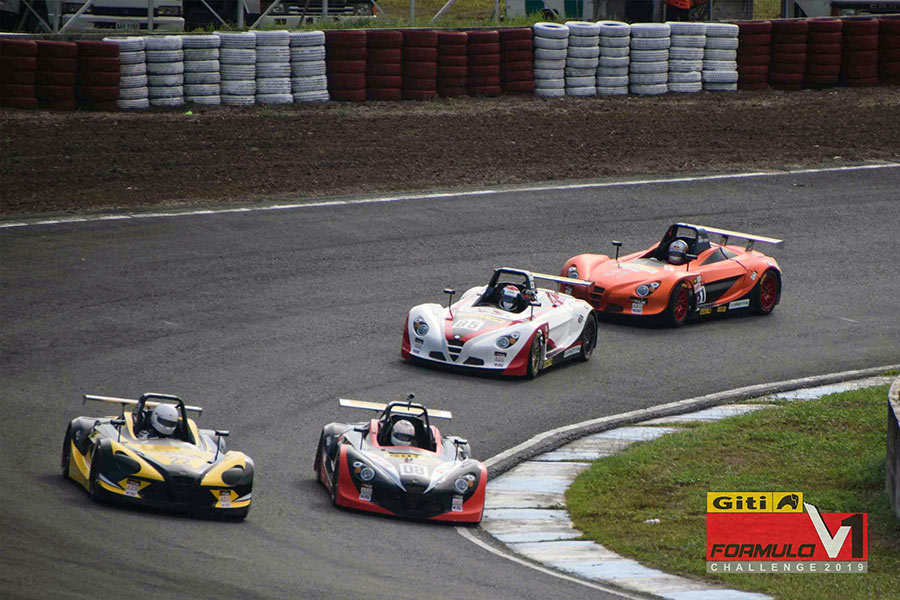