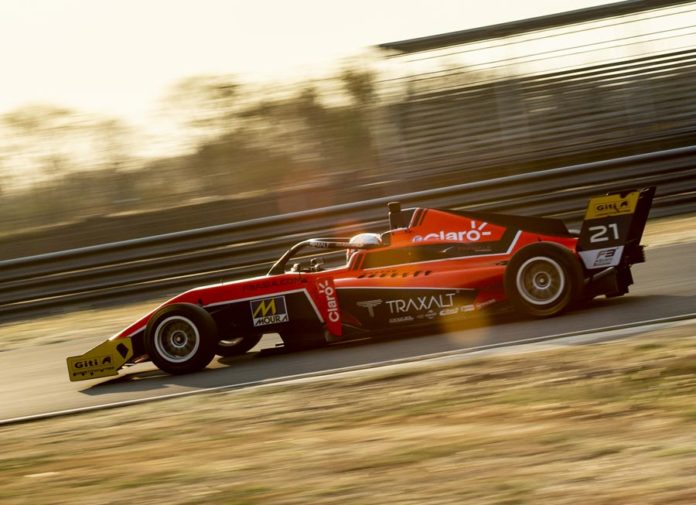 Had it not been for 2 tire punctures, Pinnacle Motorsport would have won both the drivers’ and teams’ tiles in the F3 Asian Championship Certified by FIA this 2020. But a race win and 2 podium finishes at the season finale in Thailand still earned the Motorsport Ireland-licensed team to wrap up a productive year 2nd in both standings.

Jack Doohan ‘only’ needed to make up a 15 point deficit to take the championship. So, he quickly went to work by setting pole during the first Qualifying session on Saturday, followed by P4 in the next. Pietro Fittipaldi, in the second Pinnacle Motorsport entry, would closely match his teammate to start from P4 and P3 on the grid of the Buriram International Circuit. 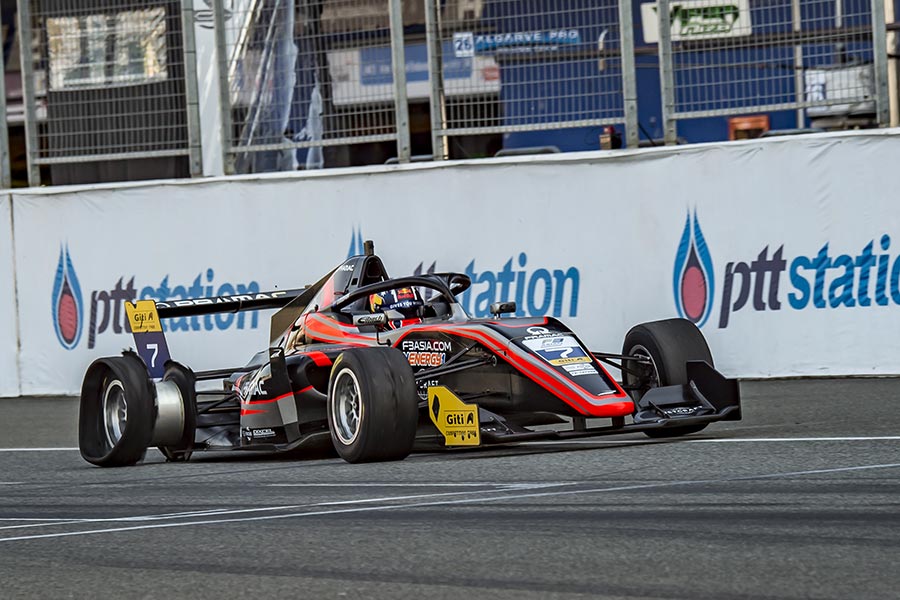 Doohan picked up right where he left off in Sepang to dominate Race 13. The Red Bull Junior Team driver bolted off the line to open a sizable gap from the rest of the field. This would grow to more than 6 seconds before he suffered a rear tire puncture approaching the finish line. Although he was able to nurse the car to the chequered flag, his title bid took a heavy hit as he finished in 8th.

Fittipaldi, on the other hand, didn’t have the best of starts and dropped down to P8. But the Brazilian fought back hard, climbing several places during the closing stages to cross the line 4th on the road. He was then promoted to 3rd after the driver in front received a post-race penalty. 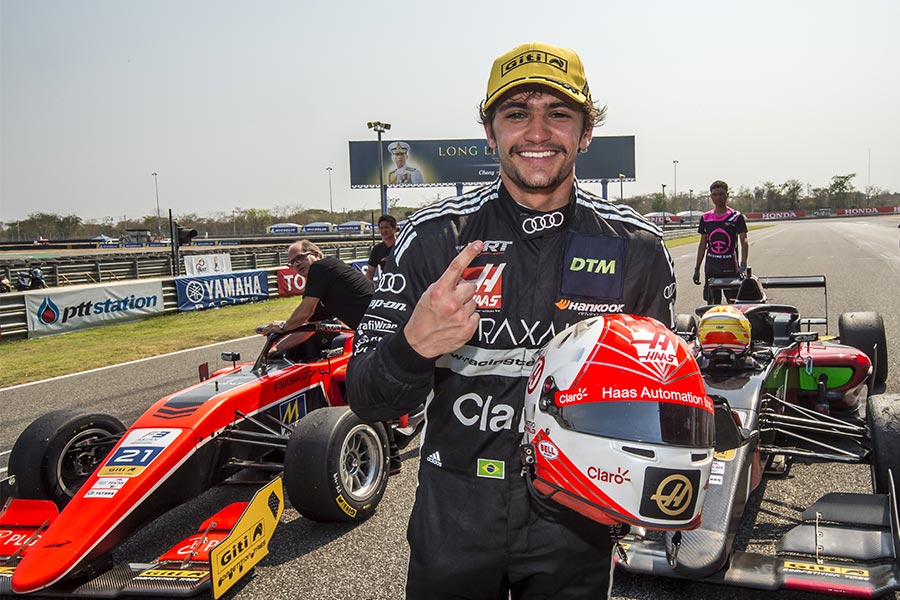 Saturday’s disappointment clearly didn’t dampen Doohan’s spirits in Race 14. Another lighting quick start saw the Australian jump into the lead and pulled away yet again. But as luck would have it, he picked up another puncture which this time forced him into retirement and sadly cost him the title.

In contrast, Fittipaldi had one of his best races all season. Starting from P5 on the grid, the Haas F1 test driver powered his way into 3rd on the opening lap and enjoyed tight battle chasing after the leaders. His teammates’ DNF then promoted him into the lead as he took the chequered flag in 1st. However, his celebration was cut short after a 5-second post race penalty placed him in 3rd. 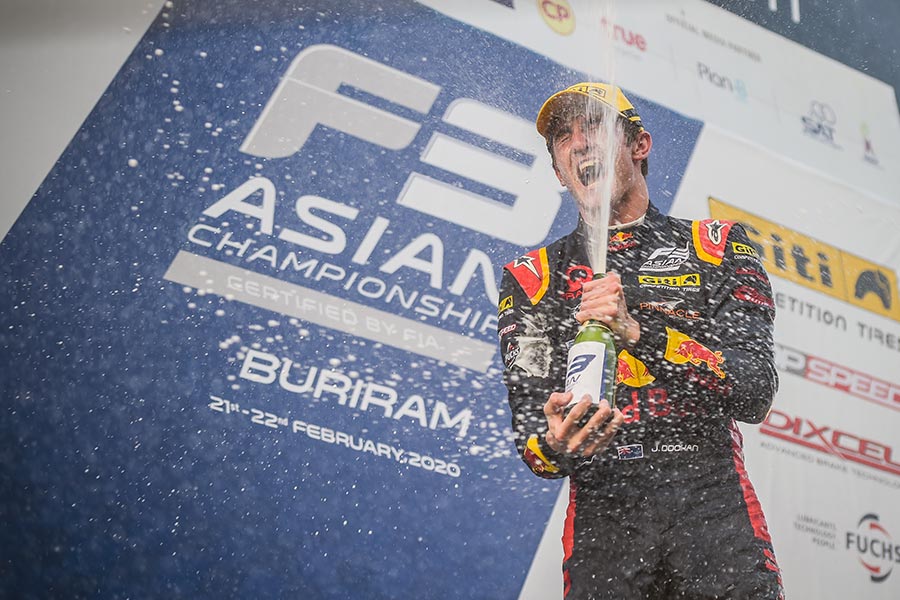 Even if the championship had already been decided, Doohan remained focused on winning in Race 15 on Sunday afternoon. He forced his way up to P2 in the opening series of laps and trailed Ukyo Sasahara until the chequered flag dropped. But since Sasahara is ineligible to score points, Doohan wrapped up a strong season in the F3 Asian Championship with a win thus earning him 2nd in the Drivers’ Championship.

Sadly, Fittipaldi was unable to convert his P3 start into another podium finish. Electrical issues meant that he had to start from the pit lane and finish in 9th after fighting from the back.

After 5 events, 7 race wins, and 10 podium finishes in 2020, Pinnacle Motorsport wrapped up the season 2nd in the Teams’ Championship. 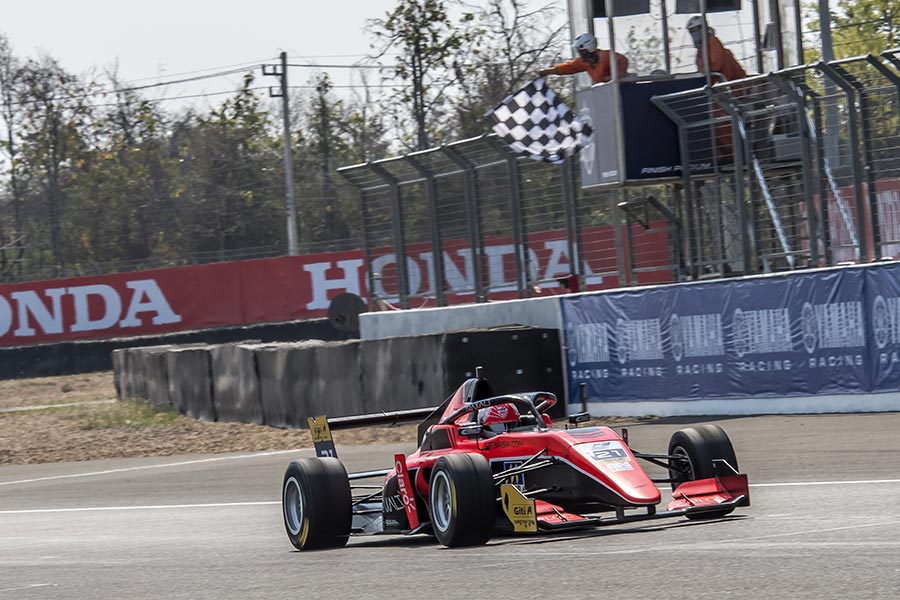 John O’Hara, Team Director: “Luck was definitely not on our side this weekend and two tyre failures hurt, but still satisfied that we were able to fight for the championship all the way to the end. Jack and Pietro were both very strong at Buriram and the team is grateful to have worked with two very talented drivers this season. We also wrapped up the year 2nd in the Drivers’ and Teams’ Standings and I’d like to thank everyone at Pinnacle Motorsport for making this happen.”