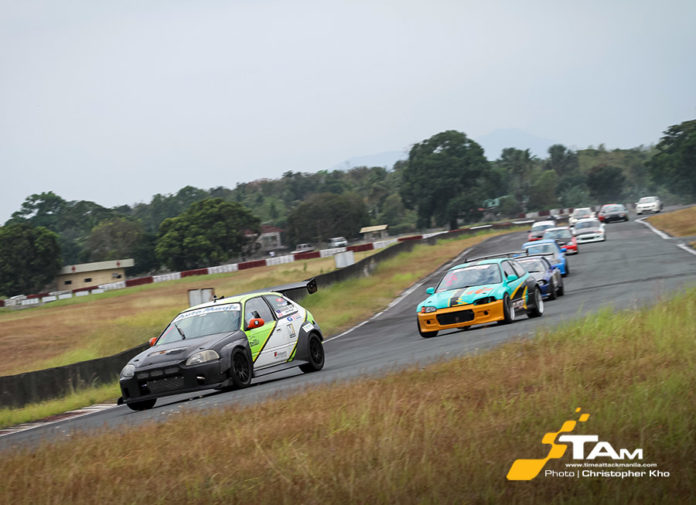 Here we go again. Like in the season opener last month, Round 2 of the FlatOut Race Series (FORS) was a showdown between AWD and FWD machinery. But it was a different story this time with Honda outclassing Mitsubishi in both the Time Attack and Grid Races at the Batangas Racing Circuit (BRC).

As track temperatures sizzled last 1st of April, so did the the battles as 105 entries competed in the day’s races. The fastest of which was JC Baguisa in the #696 Blanche Racing Honda Civic EG. 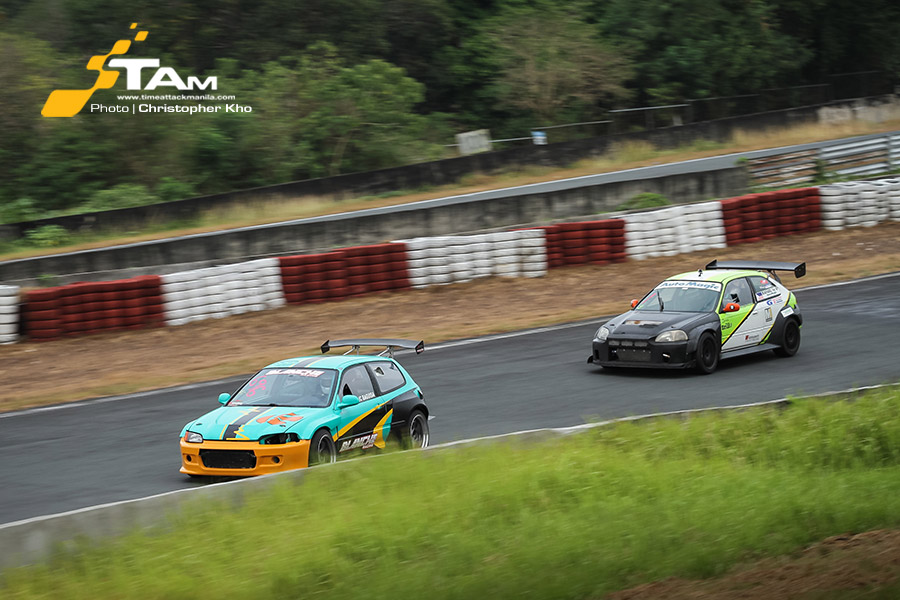 The same drivers from the previous round took the podium spots in Bracket B. Andrew De Asis moved up to 1st, Aaron Lao was still 2nd, and Ed Christian Go has to settle for 3rd. His brother Ed Christopher Go, on other hand, had better luck in Bracket C taking 1st with a time of 1:59.043. 12-year-old Miggy Sohu was once again 2nd as did Paul Santos with another 3rd. 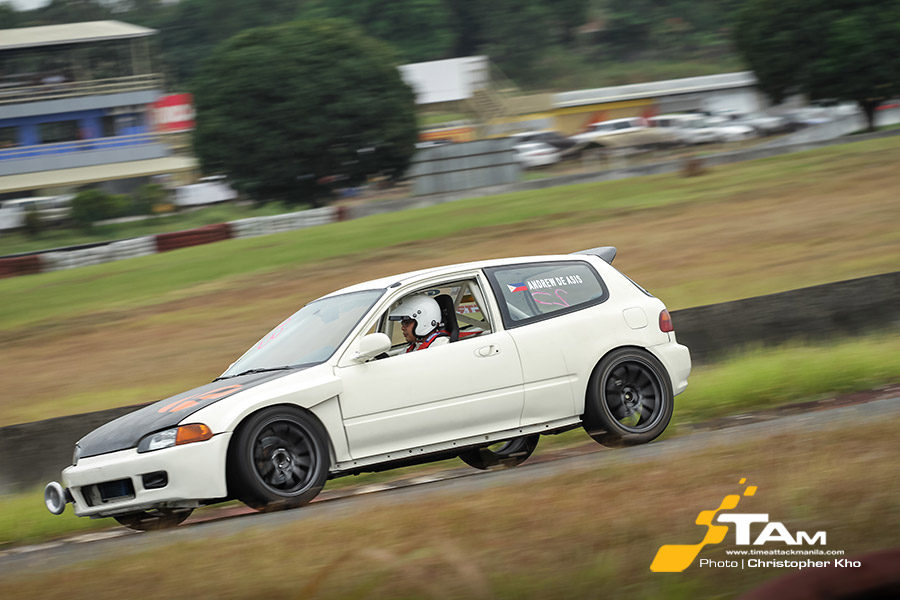 Raymond De Pano and Jack Saquilayan were 1st and 2nd in Bracket D. Henry Paul De Dios was fastest in Bracket E while Paolo Santos ended the day in 2nd. Then there’s Robert Tan who scored the top spot in Bracket F while Lars Alonso and Michael Angel Turing were 2nd and 3rd.

Bracket G ballooned to 13 entries, this time with Andre Tan setting the fastest time, followed by Greg Suing in 2nd, and Noel Delos Reyes in 3rd. 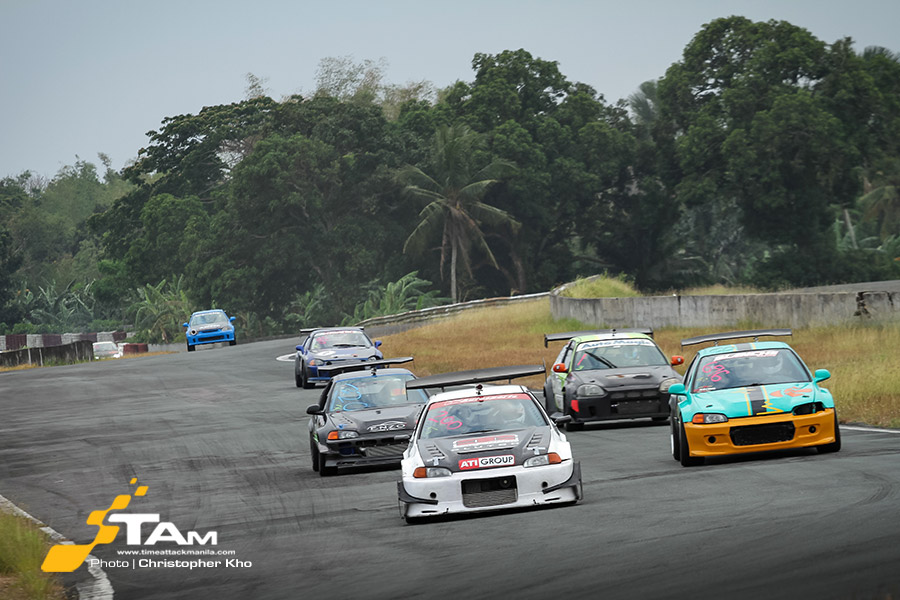 Grid Race
The GT Radial Grid A started well for the Mitsubishi Evolutions of Richmon Dela Rosa, Don Don Portugal, and Ferdie Sia, taking an early lead in the 12-lap race. But one by one, their 4WD machines succumbed to mechanical problems. Richmon retired on lap 4, Don Don on lap 8, while Ferdie had to back off to make it to the end where he finished 3rd. Rafael la O’ in the Honda Civic EK capitalized on the opportunity to jump to 1st and win by a huge 16 sec margin. JC Baguisa in another FWD Civic followed behind in 2nd.

Patrichk Dela Rosa outclassed all the other drivers in KYB Grid B, winning the race in his #66 Honda Civic Del Sol with a 5 sec advantage. Andrew De Asis and Sherwin Bargos were locked in a tight battle for 2nd with Andrew taking the position in the end. 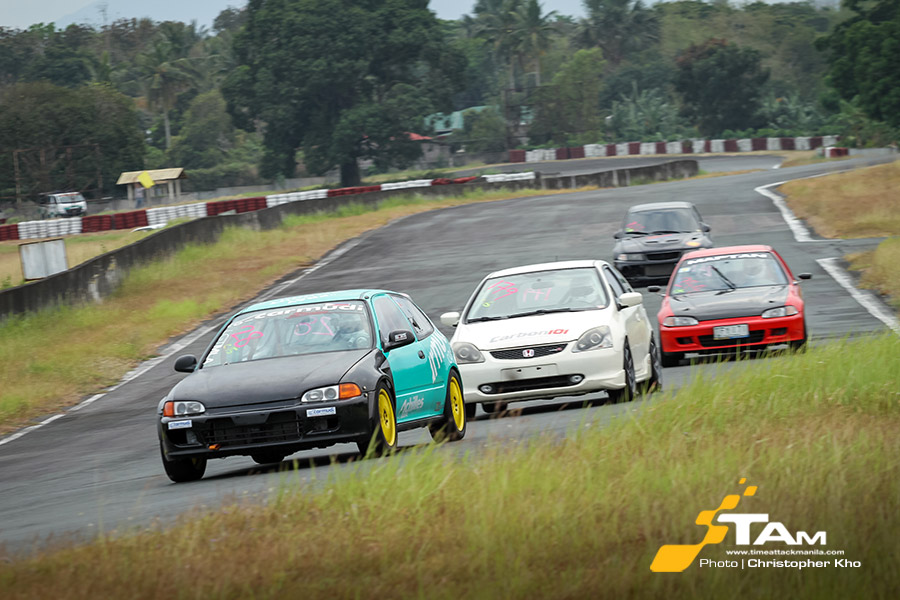 Paul Santos had an incident-free SmartFuels Grid C race to cross the line in 1st. But the same couldn’t be said for Polo Bautista. Contact with another driver sent him to the barriers, but the AAP Motorsport Development Program Graduate was able to otherwise continue and finish 2nd while Hector Tan was 3rd.

Robbie Alvarez in the #207 Honda Civic EG and Raymond De Pano in the #480 Toyota Corolla were wheel-to-wheel for all 10-laps of the Recaro Grid D race. Robbie would take 1st, Raymond in 2nd, and Jack Saquilayan in 3rd ahead of the 14-car train.

Greg Suing won in Works Bell Grid E by a small 0.546 gap to Ralph Tan in 2nd. Lars Alonso finished a further second behind in 3rd. 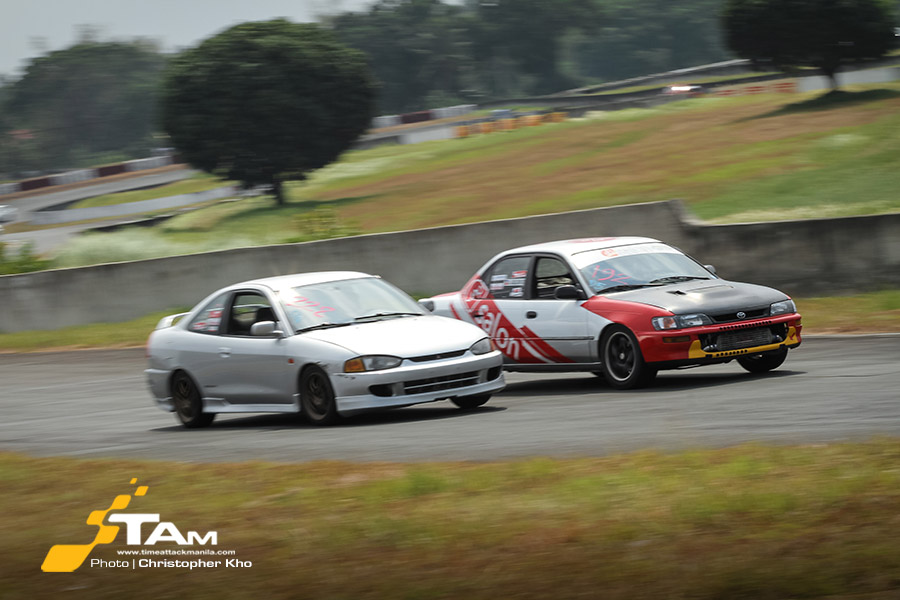 The FlatOut Race Series (FORS) will return to the Batangas Racing Circuit on May 20, 2017 for Round 3. 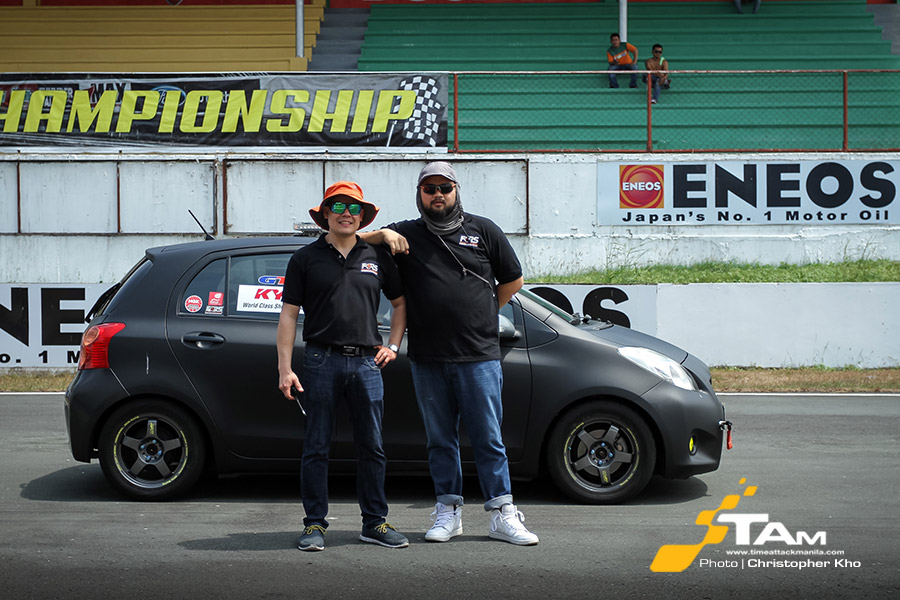 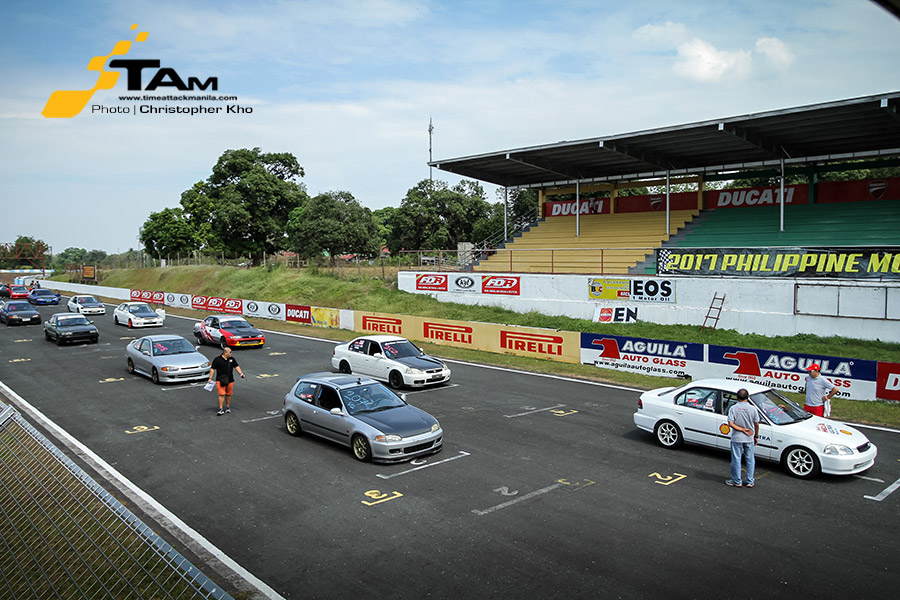 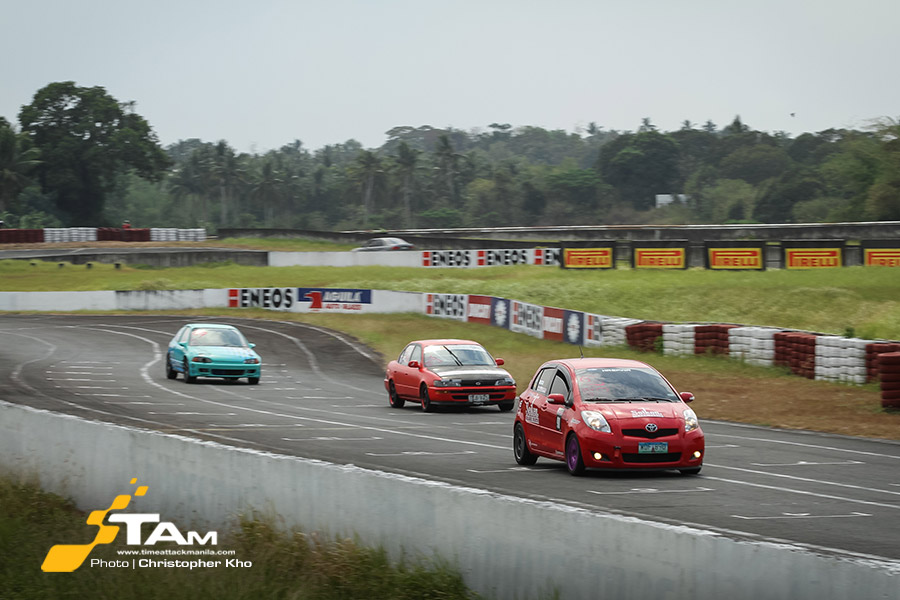 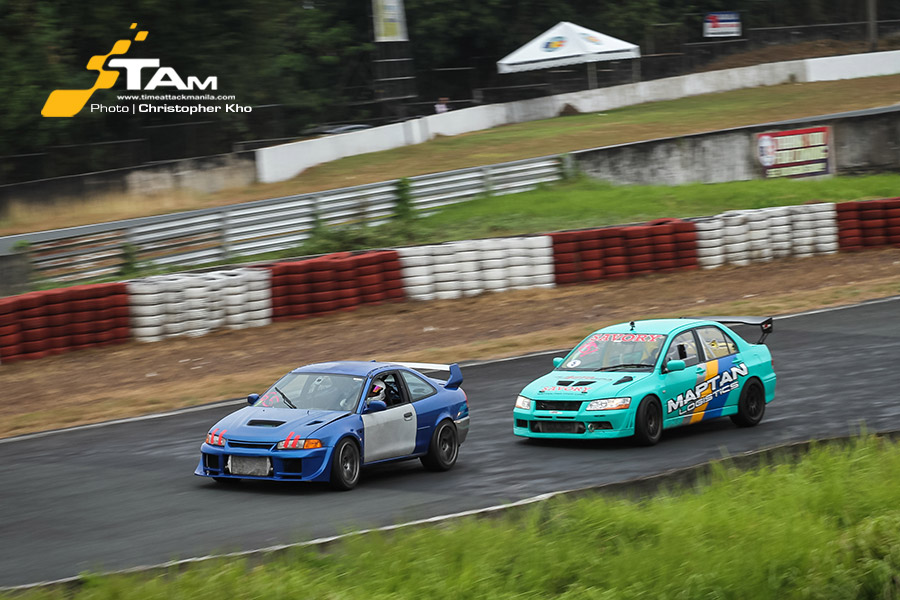 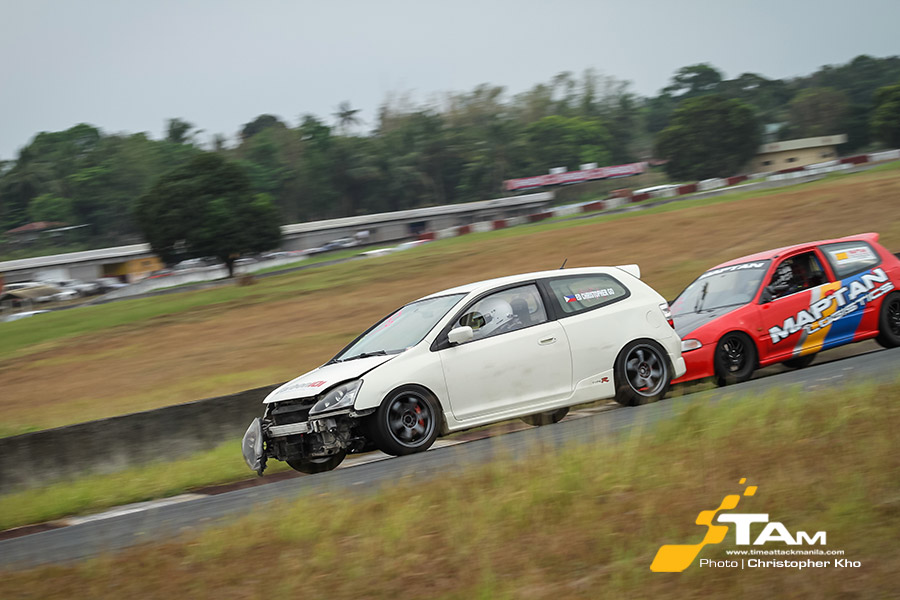 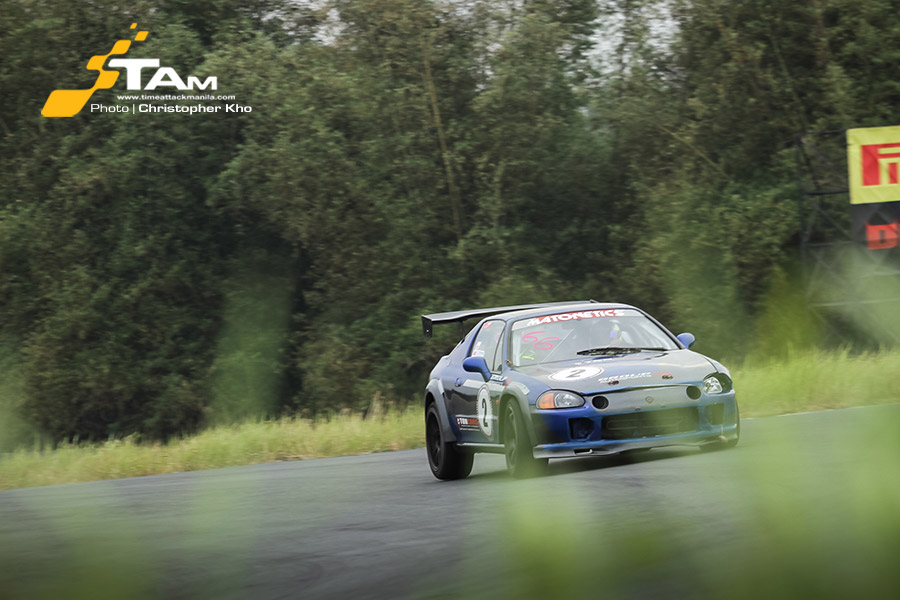