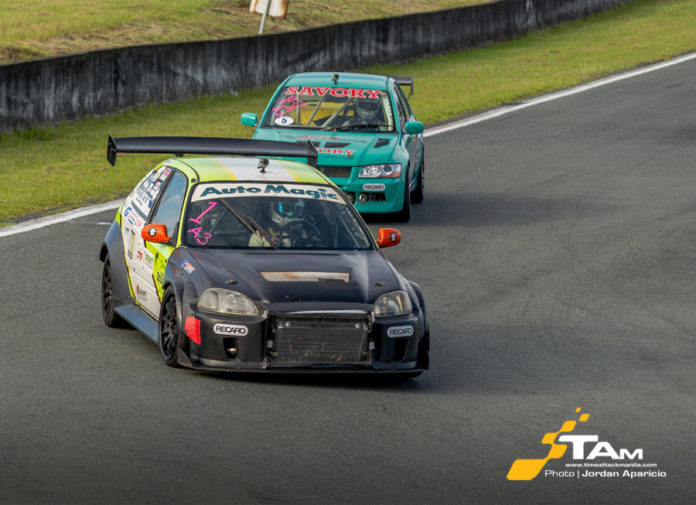 There’s a new track record holder in the Batangas Racing Circuit (BRC). Rafael la O’ charged his way to a blistering 1:45.739 lap in the #1 Auto Magic Honda Civic EK last 5th of August 2017, shattering the previous best by 2.555 secs. This earned him 1st place in both the Bracket R and A time attack sessions during the 6th round of the FlatOut Race Series (FORS).

He also took home the most number of trophies of all the 84 competitors that day. The afternoon saw a repeat of his performance, claiming the GT Radial Grid A race victory under perfect conditions. 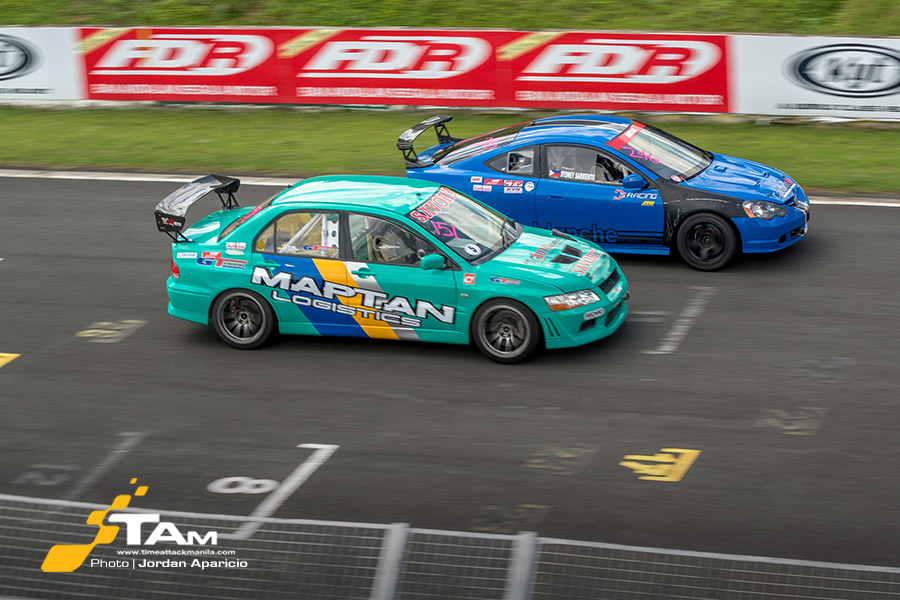 Time Attack
Lance Binamira was only a few hundredths shy of la O’. His 1:45.828 best in the BPS Racing Toyota Corolla AE92 earned him 2nd in Bracket R. Making it to 3rd was Eduardo Suiza who clocked in at 1:47.454 in the #200 W-Autosport / Staging Lanes Honda Civic EG. This time was also quick enough to give ‘Duarky’ 2nd in Bracket A.

Andrew de Asis landed another 1st place in Bracket B with a 1:56.309 time. His Blanche Racing teammate ended up in 2nd, while Zeb Mendoza was 3rd. Of all the 10 drivers in Bracket C, the best time was set by Bubi Camus in the BRE x Carmudi Mazda MX-5 with a 1:59.212 lap. Sydney Sarmiento and his Blanche Racing Honda Integra DC5 managed 2nd with Nelson Balbin trailing in 3rd. 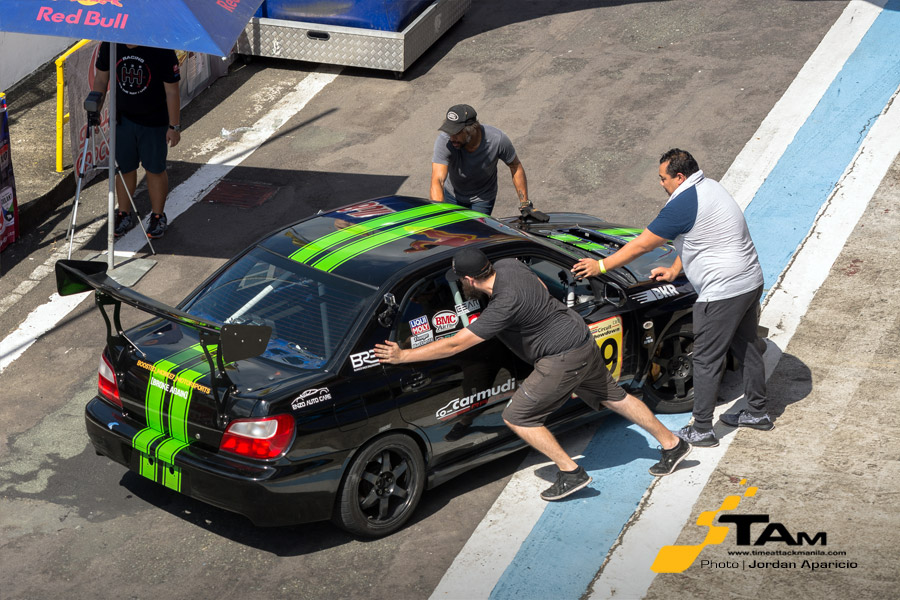 Improving on every outing, Ralph Tan finally stepped on the top spot of the podium in Bracket D. AAP Motorsport Development Program (MSDP) finalist Bernard Michael Santos moved up a class and claimed 2nd while Greg Suing was 3rd. 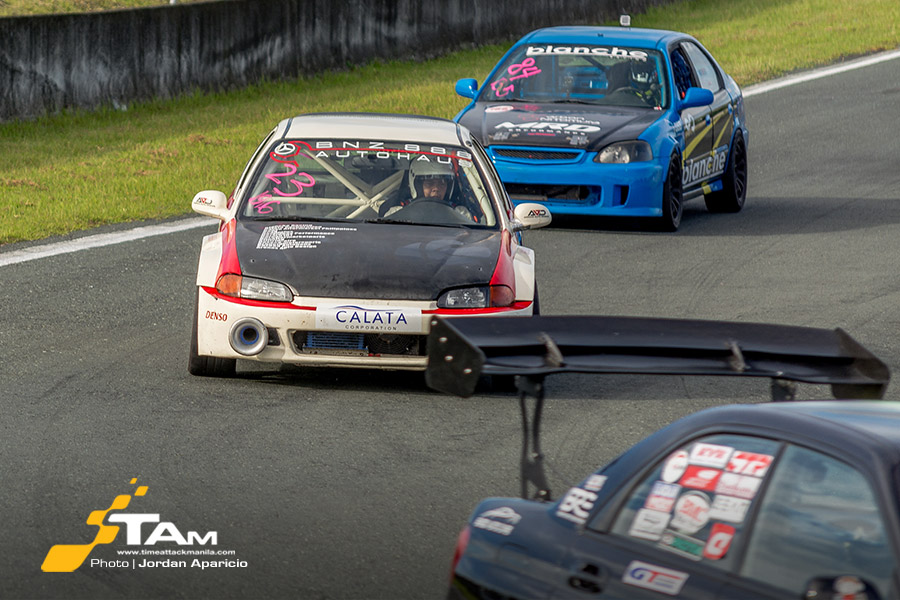 Grid Race
It was a fight between Don Don Portugal, Eduardo Suiza, and Rafael la O’ in the GT Radial Grid A race. ‘Duarky’ led the opening stages, but dropped behind Don Don and ‘Raf’. It was then up to the 2 drivers to squabble for 1st place throughout the 12-lap race with ‘Raf’ winning by a 3.735 sec margin. ‘Duarky’ crossed the line in 3rd and newcomer Shane Henderson in a Subaru WRX STI put in a solid run to finish 4th.

Blanche Racing teammates Andrew de Asis and Aaron Lao were locked in a tight battle in the KYB Grid B race. Sadly, it was short-lived after Aaron suffered a technical problem and handed the win to Andrew. Jonmark Ong in the Ethanworx Racing Honda Civic FD dominated the SmartFuels Grid C race, finishing a full lap ahead of 2nd and 3rd placers Paul Santos and Jack Saquilayan. 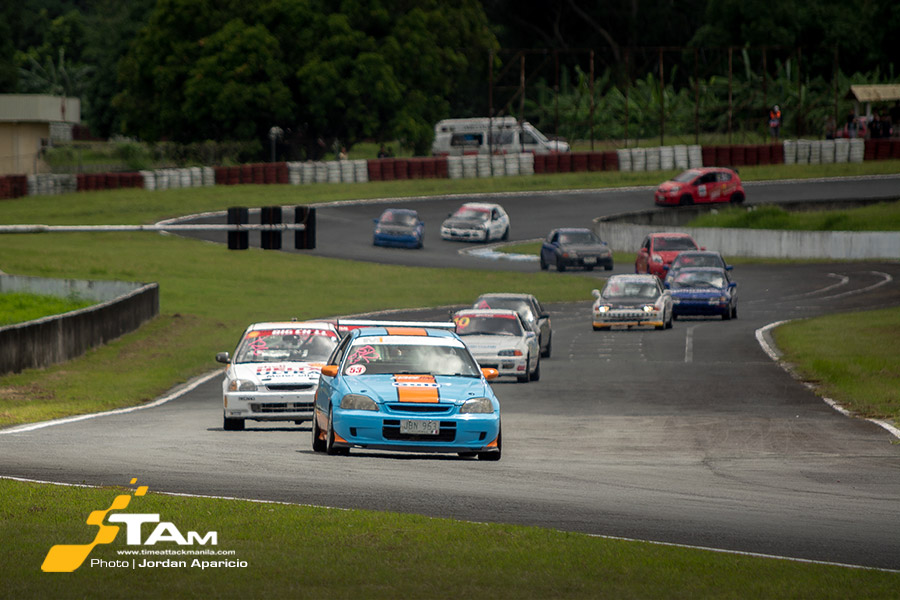 Ralph Tan enjoyed another win in the Recaro Grid D race. He took the chequered flag by 0.855 secs ahead of Greg Suing after 10 laps. Ronn Catindig was a further 2.323 secs behind in 3rd. It was an even closer run to the finish in Worksbell Grid E with Victoriano Edillon edging out Andrew Makkina Tan by a mere 0.082 secs to take the win. Robert Tan in the KYB Toyota Yaris then took the last step on the podium in 3rd.

The 7th round of the FlatOut Race Series (FORS) will return to the Batangas Racing Circuit on September 9. There, championships could be won or lost with double points awarded to the finishers. 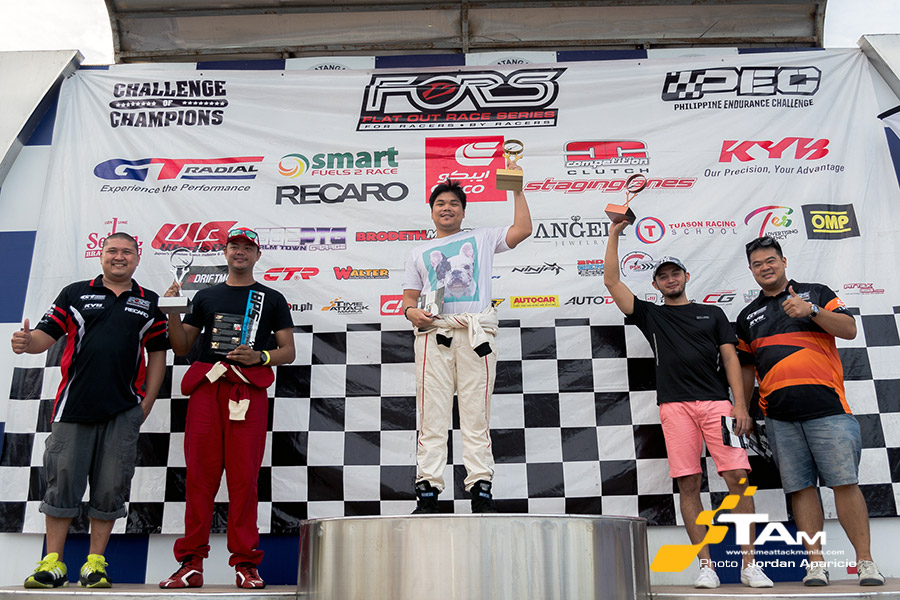 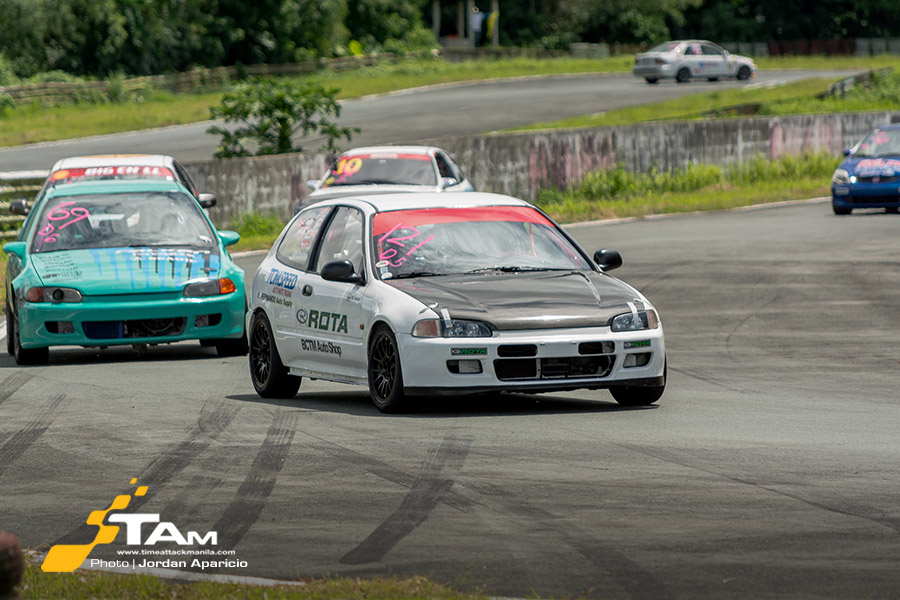 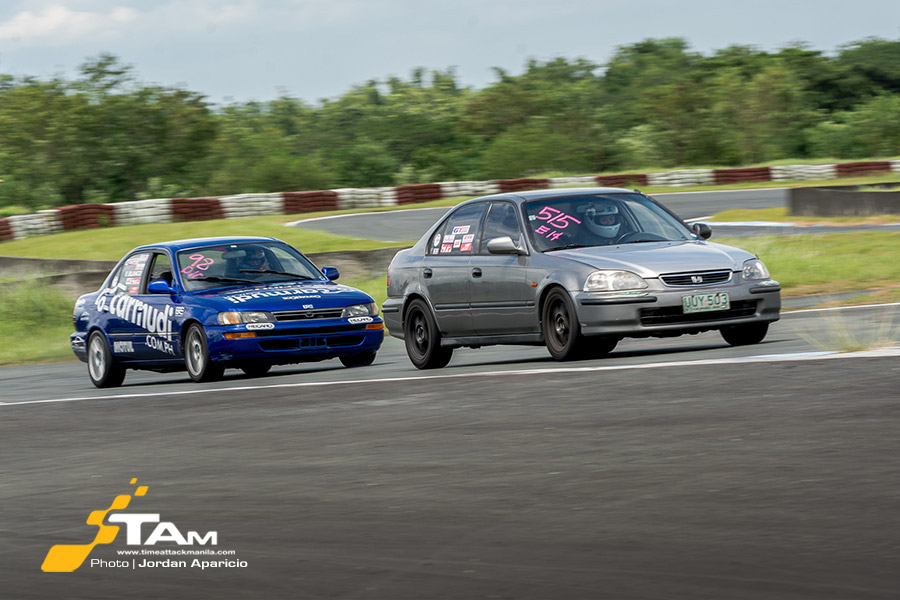 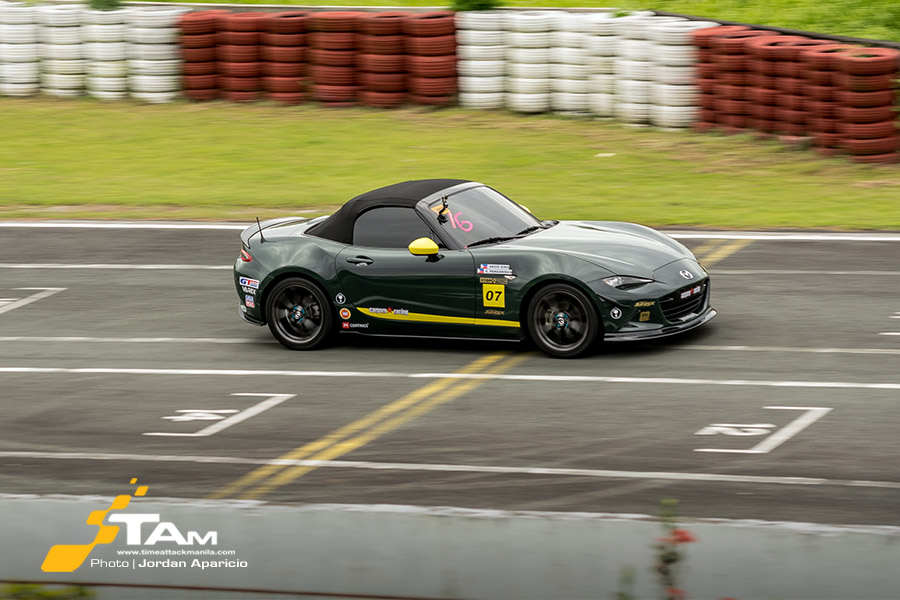 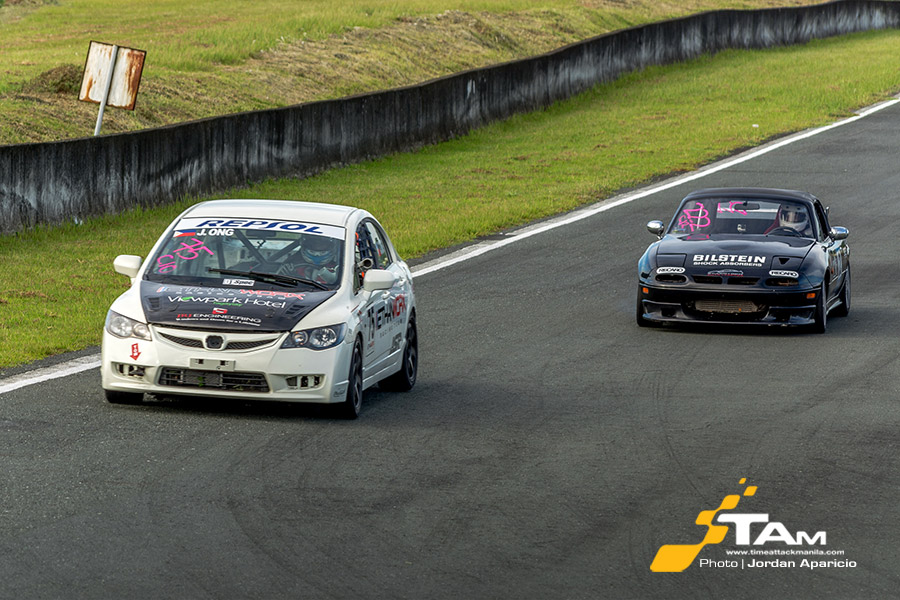