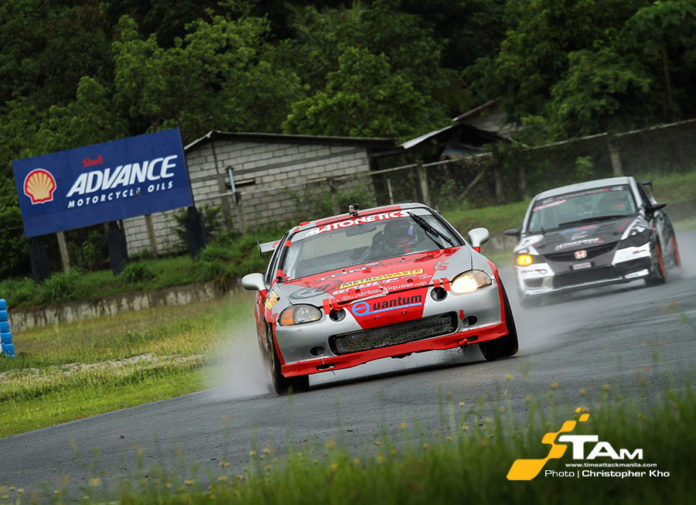 If you want racing to be more exciting, you race in the wet. And that’s exactly what happened in Round 2 of the 2015 Yokohama Philippine GT Championship last June 20/21, when they raced on a rain-soaked Clark International Speedway (CIS).

The track stayed dry throughout qualifying on Sunday morning. Paolo Mantolino managed to set the fastest lap of 2m 12.077s in his Yokohama AD050-shod GT 200 Ethanworx Honda Civic FD. But a strong downpour drenched the circuit right before the start of the 9-lap Sprint Race. The first victim of the tricky conditions was Walter Zamora, who had a brief excursion in the mud. Luckily, the GT 200 driver managed to rejoin and finish 3rd in class. Joey Pery, however, wasn’t as lucky. His white Honda Integra aquaplaned going into Turn 4 and hit the barriers hard, ending his weekend after only 3 laps. 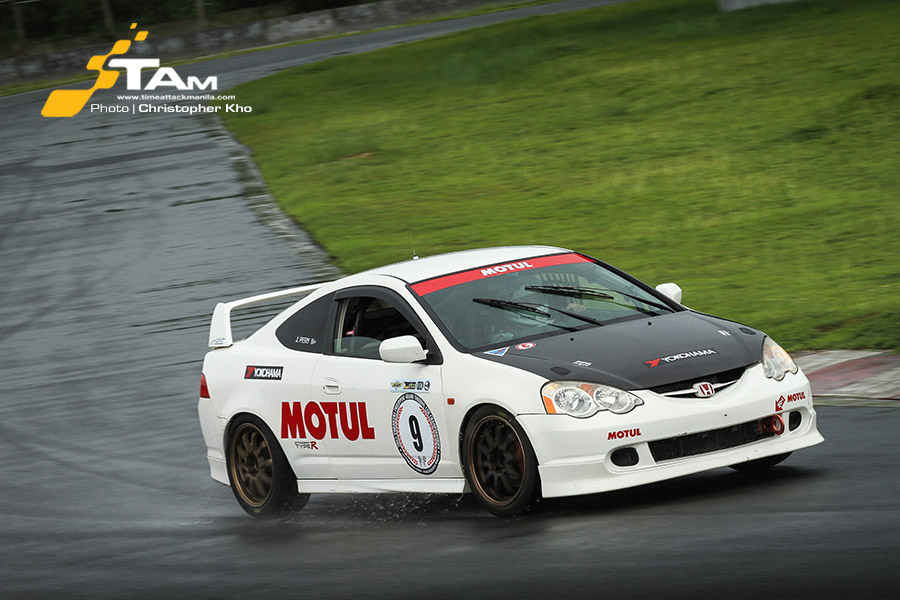 But heading field were Mantolino and a hard-charging Richmon Dela Rosa in the Honda Civic Del Sol. The duo swapped places at almost every lap despite the slippery track. Mantolino though got the upper hand when the chequered flag came out with Richmon following 0.205s behind to claim 2nd place in GT 200.

Meanwhile in GT 150, Team SM Bonus’ Dindo De Jesus and Patrick Dela Rosa were also locked in a tight battle for the class lead. The pair ended the race with De Jesus in 1st, followed by Patrick in 2nd, and series newcomer NR Joaquin in 3rd.

Without the rain, Ivan Diaz would have easily won in GT 100. But the wet allowed Edwin Rodriguez to find more grip with the Mazda 2 SKYACTIV race car and put up a strong challenge. He even managed to hold onto the lead for almost half the race. But Diaz eventually managed to win with a mere 0.400s advantage. 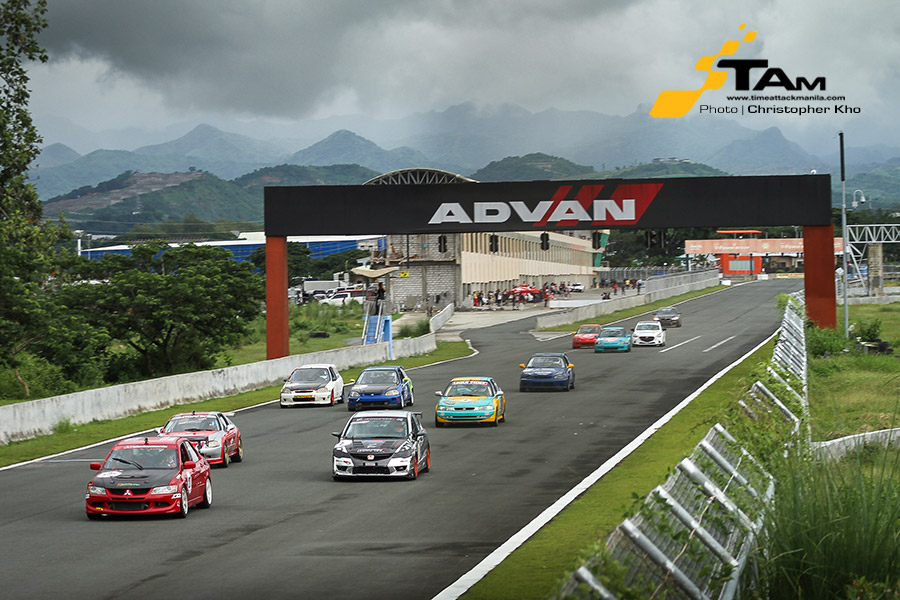 The afternoon’s 15-lap GT Race started dry, but was quickly drenched once the clouds rolled in. Mantolino was once again in the lead, but as luck would have it, the reigning GT 200 slipped in the treacherous and crashed heavily into the barriers. This allowed Richmon Dela Rosa to inherit the lead and comfortably win 1st place. Walter Zamora, though struggling in the rain, managed to finish second, while Mantolino was still classified in 3rd for completing more than 50% of the total race distance.

With the rain falling in sheets, both Patrick Dela Rosa and NR Joaquin ended up in the gravel in lap 8. This meant Dindo De Jesus only had to finish the race to win in GT 150. So despite 2 off-track moments, he wrestled his Honda Civic EK Hatchback just to reach the finish line. Unfortunately for him, his car would later fail the dyno test, excluding him from the final results. Patrick Dela Rosa and NR Joaqin were then awarded 1st and 2nd in class, respectively.

In GT 100, Ivan Diaz was once again hounded by Edwin Rodriguez in the Mazda 2 SKYACTIV, who made the most out of the damp conditions. But the drying track took away Edwin’s advantage and allowed to Ivan to claim his 4th consecutive win this season. Joginder “King” Sin, on the other hand, finished in a very lonely 3rd spot.

As the only GT 300 driver on the grid, Willie Torres in the Mitsubishi Evolution VIII simply strolled around to preserve his machine and still claimed top spot in class. 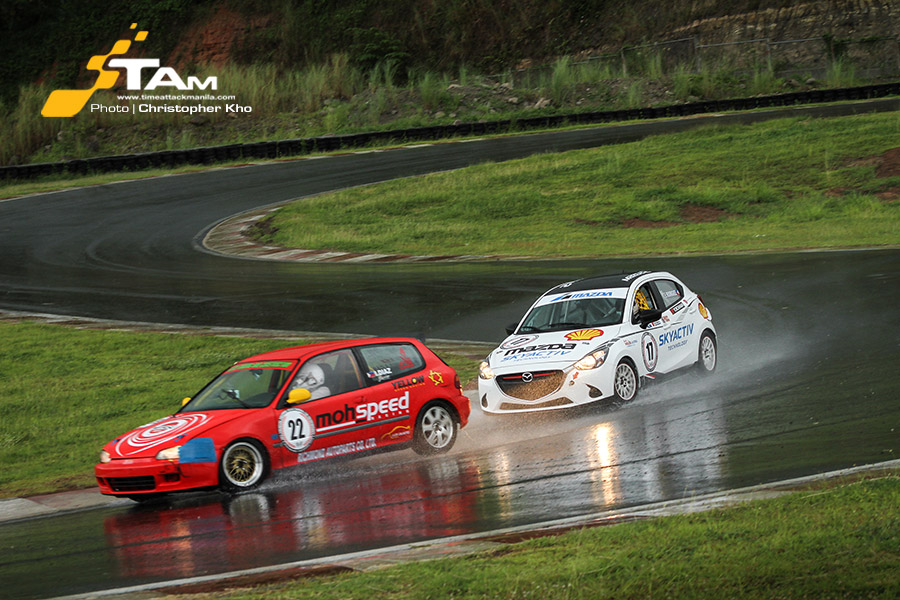 The 2015 Philippine GT Championship moves to the newly-paved Batangas Racing Circuit on July 25/26 for Round 3. Expect to see more competitors on the grid as a mid-season rule change will now allow GT 150 and GT 100 drivers to run on more affordable Yokohama S-Drive tires. The races are sanctioned by the Automobile Association Philippines (AAP), sponsored by Yokohama Tires Sales Philippines, Inc., Sparco, and Aguila Auto Glass, with support from the official dyno provider, Speedlab. 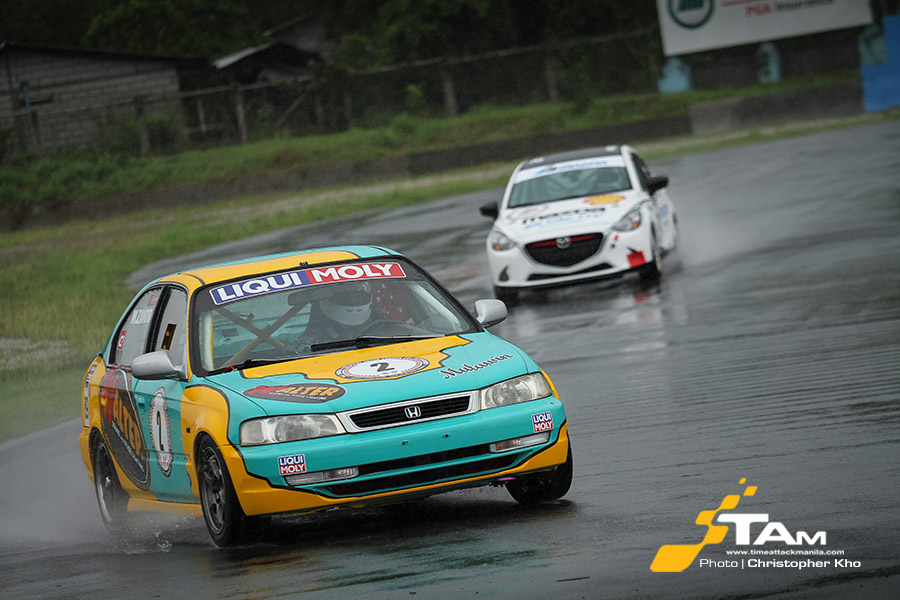 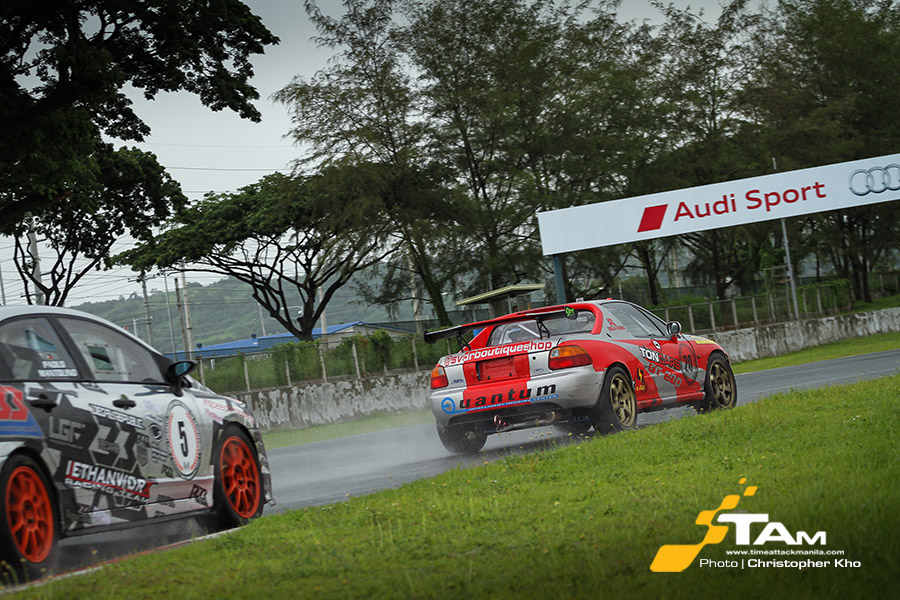 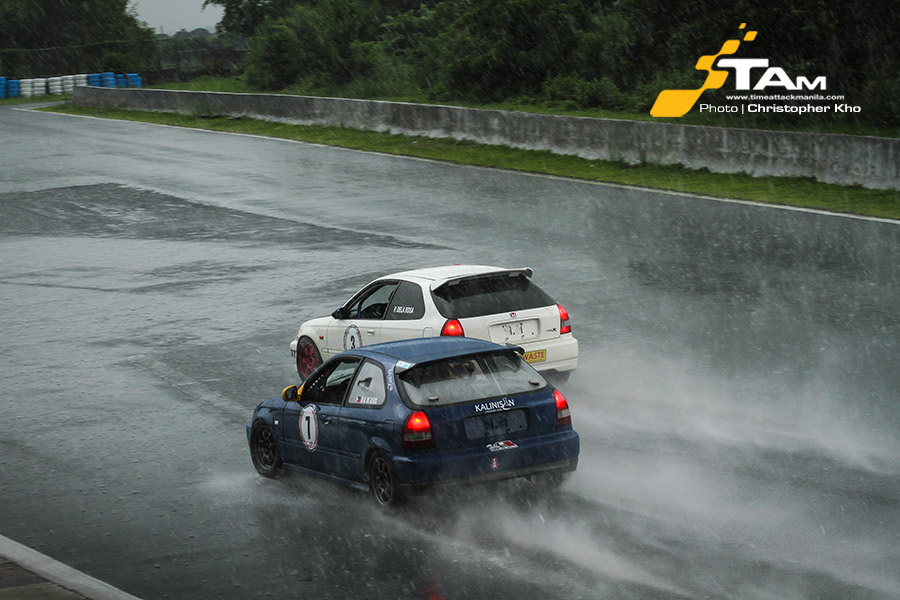 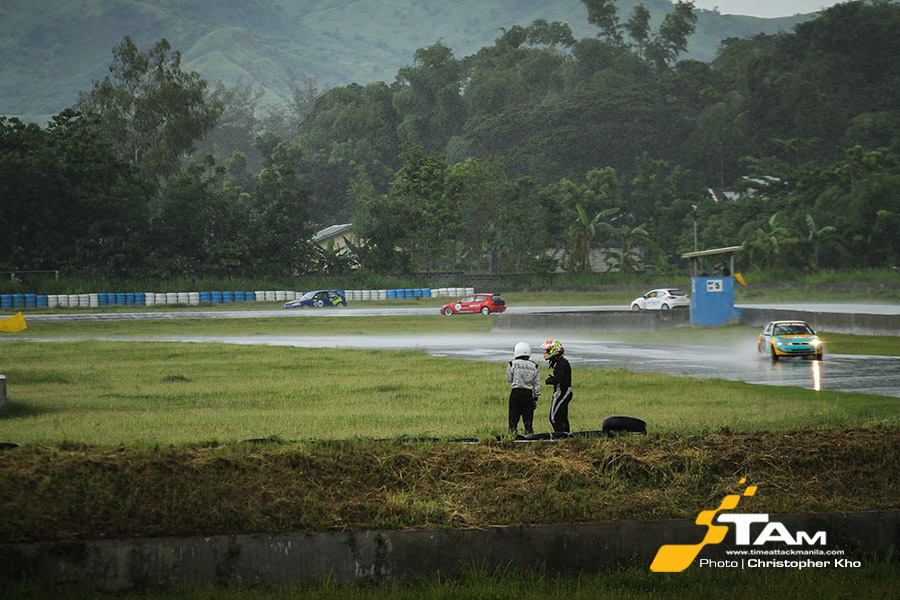